Everyone knows the story of Danny Butterfield’s remarkable hat-trick against Wolverhampton Wanderers, and everyone has their own memories from that unique evening. Here, Palace fan and The Manor singer Scott Stacks recalls his own experience of the FA Cup clash with Richard Foster.

Scotty Stacks, real name Scott De Lima, is a member of south London rap trio The Manor. He grew up in Sydenham and, despite his father being a Palace fan, admits he had to shake off a Liverpool-supporting cousin who was keen to turn him into a Red when he was younger.

But that influence failed to turn his attention and, in 2010, Stacks was a fully-fledged Eagle. He recalls that famous February night almost exactly 11 years ago when Wolves visited Selhurst Park for a Fourth Round FA Cup tie.

“It was the week after we had sold Victor [Moses] for a pretty small fee,” Stacks says. “We'd been forced to do this because we had gone into administration, which we were no strangers to.

“I was sitting in the Holmesdale Lower before the game started and I remember when we saw the teamsheets, we were all trying to work out who would be playing upfront alongside Alan Lee. There were a few eyebrows raised as the last person we thought it would be was Danny Butterfield.”

The 30-year-old’s striking credentials were limited, as he had only scored half a dozen goals in his previous 240-odd games for the club, with the most recent coming in a 3-1 win against Norwich City in December 2008. This was quite a roll of the dice by manager Neil Warnock. 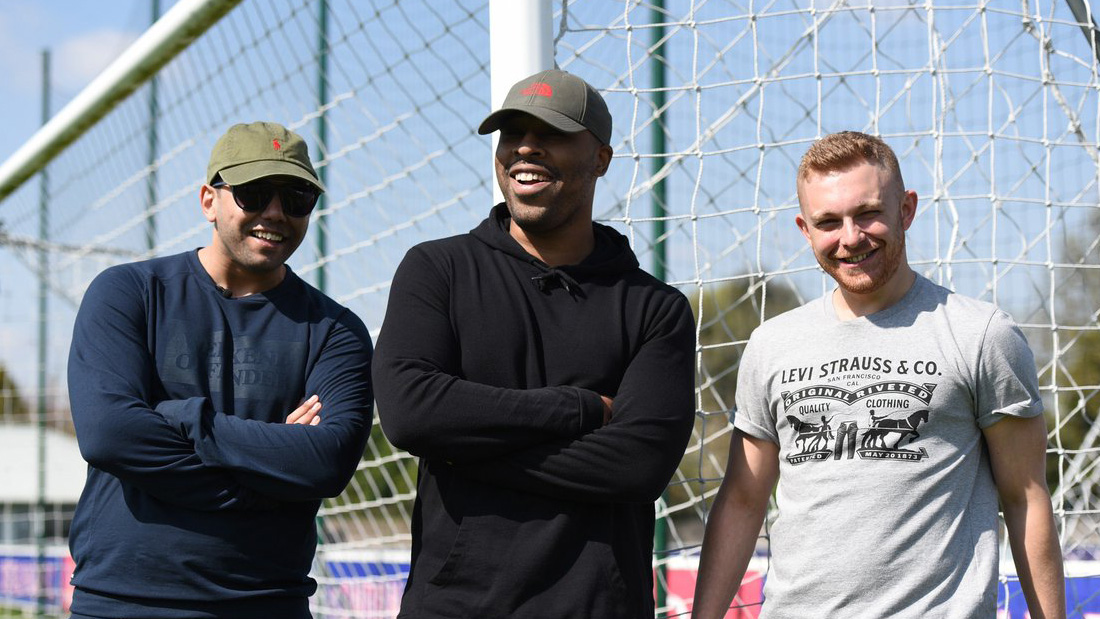 “He had recently lost his right-back spot to Nathaniel Clyne, who ironically Wolves had been hoping to buy, so we were scratching our heads wondering where he was going to play.”

At the time Mick McCarthy’s team were a Premier League outfit and Palace had been through the mill with financial problems, so expectations for the evening were low.

“Wolves played a slightly weakened team and it was 0-0 until about the hour mark when McCarthy decided to bring on his first-choice forwards in Chris Iwelumo and Sylvan Ebanks-Blake. We all felt: we’re in trouble, here.”

But Palace, and Butterfield in particular, had other plans. Within a few minutes the makeshift forward headed the ball home after a Matt Lawrence effort was parried by Wayne Hennessey.

“Firstly, we couldn’t believe it was Danny,” Stacks says. “And even more incredible that it was a header. He can’t have scored many headers in his career, if any. I am generally quite an optimistic fan but everyone around me was saying we’re bound to throw it away.”

But Butterfield's fun had only just begun, and he soon followed his opener with a calm right-footed finish after being played-in by Darren Ambrose.

To the general disbelief of all at Selhurst and those watching on television Butterfield was at it again in the 68th-minute when he found acres of space in Wolves’ penalty area before wrapping up his perfect hat-trick with a left-footed strike.

Not only had Butterfield notched his notable treble, but he had done it in the space of six minutes, which remains the fastest hat-trick by a Palace player in history. Those goals ended up being the defender’s last for the club as he left in the summer of 2010.

“In a way that game galvanised everyone at the club and put the wind in our sails after a really tricky time,” Stacks says. The sudden belief generated by Butterfield’s extraordinary heroics proved anything was possible and that the club could pull through. And so it proved.

“It was a mad old season that culminated in that final game at Hillsborough but it was all typified by our second-choice right-back scoring a perfect six-minute FA Cup hat-trick.”