After a long career on the field, Tony Gale showed similar longevity off it, moving into a media role and covering – by his own count – more than 2,000 matches. But it could easily have gone in another direction.

Offered a player-coach role at then-champions Blackburn Rovers, Gale instead elected to return to London for a final season of first-team football.

“I could have had an easy path into coaching,” he says today, “by coming to the tail end of my career and starting a coaching career with the Premier League title winners.

“That was probably the biggest regret of my professional playing career: that I didn’t take up that extra season at Blackburn Rovers. The reason was simple – I’d spent a year away from home with my wife and kids visiting me, and me visiting them back down south.

“My missus didn’t want to live up north and take the kids out of school where they were settled. It was for family reasons that I came back, but for professional reasons it’s the big regret of my career.”

Gale moved to Crystal Palace that summer, but injury kept him from regular games and he soon left to join non-league Maidenhead.

“I already had an ankle tendon injury, so they [Palace] signed me with the injury,” he remembers. “They took a bit of a risk on me because I was a free transfer, and I was one of the experienced players about.

“I never really recovered from my injury, and eventually when I did recover I played three games and was playing on one leg. So Palace fans never really saw the best of me, unfortunately.”

Without the time pressures of top-level football, Gale began to explore a new chapter in his career by joining Capital Gold’s sports coverage – and a world of new experiences followed.

“There were lower league jobs in football,” he says, “but to be honest, I would probably have got twice as much [in radio] as a 24/7 job managing a lower league side. I took the radio job.

“My first full year in radio was covering the World Cup in France – that was a great year. I took over from Bobby Moore and Alan Mullery.

“I did it for seven years with Jonathan [Pearce] and I am proud of that: we did about 750 games in those seven years, and we covered every major cup final from the amateur cup finals through to the World Cup final.”

Gale regrets not pursuing a coaching career in the north-west, but if there is one thing he doesn’t regret, it’s coming to Selhurst Park.

“It was Steve Coppell [who signed him] and quite an easy decision really,” he explains. “I didn’t have an agent – I didn’t bother with them at the time. It was a quick decision when Stevie came in for me. Ray Lewington was his coach at the time – I used to play with Ray and our kids went to school together and are still friends now.

“I thought if I hadn’t had the ankle injury, I would have played for two or three seasons. The way I played didn’t require a lot of running… and I hadn’t had a lot of injuries through my professional career. I amassed 720 games before I came to Palace so was fortunate.

“I don’t regret going to Palace and I don’t regret wearing the red and blue shirt. The only regret I have is that Palace fans didn’t see me for the player that I was.”

Others did, however, and it was in south London that Gale met some of his closest contacts in football – two of whom now form the brain trust of the current side.

“Dave [Bassett] was a man manager, that’s why he let Ray do the coaching,” Gale says. “Ray’s had a brilliant coaching career, which still hasn’t ended. I think undoubtedly when you speak to people around the game, Ray is one of the best coaches around. 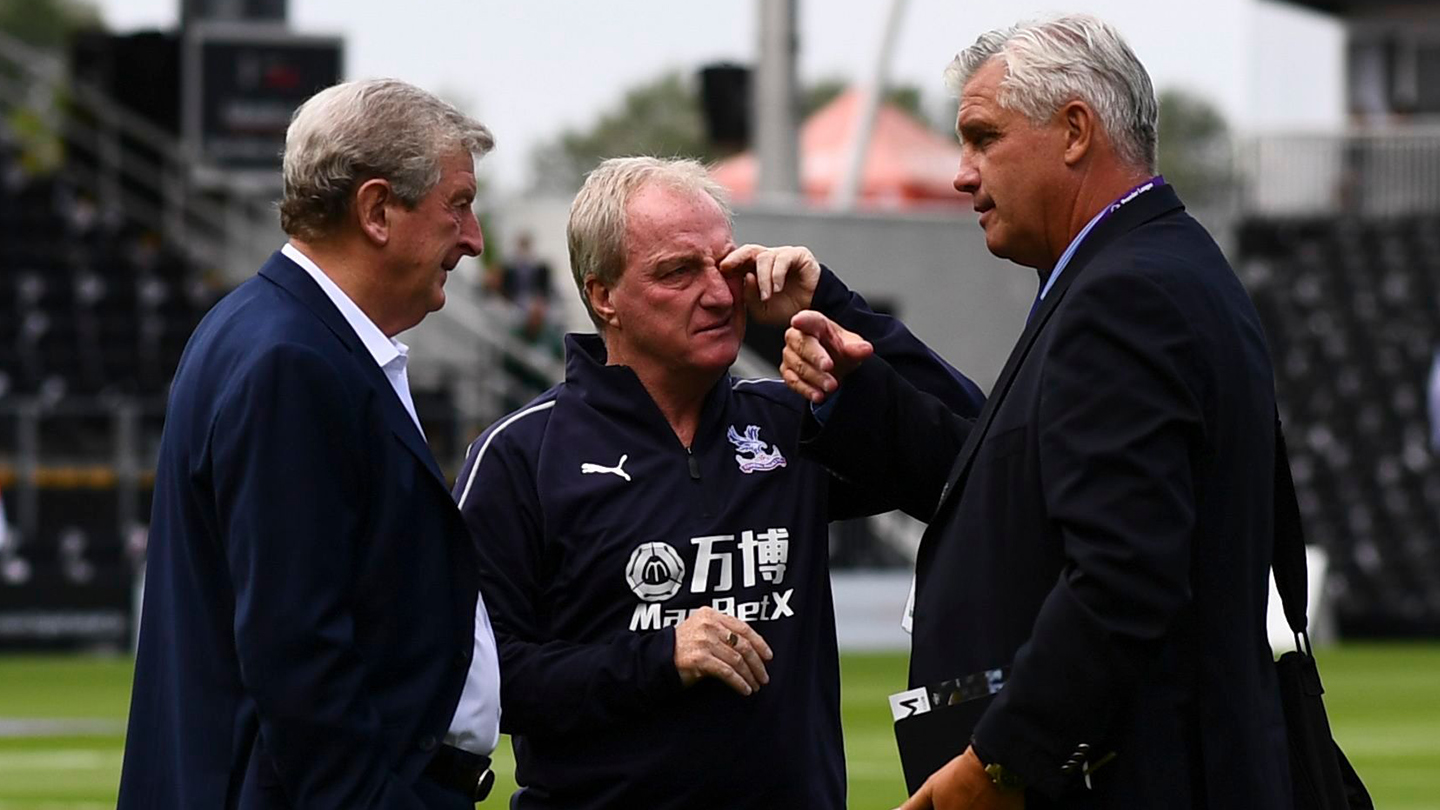 “His good part is his enthusiasm and his knowledge of the game. In the pandemic, he’s shone through because if you go to games you’ll hear Ray constantly on the line.

“He found, towards the end of his career, the perfect partner in Roy [Hodgson]. Roy’s excellent as well… one of the best managers the Premier League has seen, Roy. He’s a great guy as well, and he probably doesn’t get the accolades he deserves. The jobs he did at Fulham and now at Crystal Palace are incredible.”

Gale’s experience at Palace has stuck with him and lingers to this day, prompting him to recommend the club to promising youngsters.

“I’ve still got a link with Palace because they’ve just signed one of the boys I mentor: my pal’s son Danny Imray [signed in February 2021 from Chelmsford City],” Gale says. “Danny is 17 years of age and is going to be a top player. So his Dad asked me to mentor him in his football career.

“I’ve known little Danny since he was 12. His Dad said to me: ‘What should he do?’ I said: ‘Tell him to play non-league, and if he plays to a good standard, he’ll get noticed.’ He was in the Chelmsford team at 16 and all the professional clubs got interested in him.

“He had a few clubs to go to but it was me who persuaded him to go to Crystal Palace simply because of the likes of Dougie [Freedman], Roy and Ray.

“The way Palace bring through raw talent, it was the best place to go.”

So that’s player, pundit, commentator, mentor – but there is one more role in football to add to the list.

“For the last 15 years I have been Chairman of Walton Casuals,” Gale says, “which is giving back to the community.”

The club is very much a family affair – and Gale’s friendship with Lewington seems to have been passed down the generations.

“My son manages the club and, believe it or not, one of Ray Lewington’s sons Craig, alongside my son, holds the playing record for most appearances!

“We’ve got a new state-of-the-art stadium with a 4G [pitch], two ladies teams and a superb academy that takes kids at college level when they want to do their BTECs in the environment of playing football.

“The pandemic slung it all up in the air… We’re not far away, if we have a couple of good years, from being right up there. But it takes a lot of fundraising efforts to keep the club going.

“With great friends and sponsors, we survive.”

In seeking inspiration for how to run the club sustainably, Gale has had to look no further than his former employers.

“Crystal Palace is one of the best-run clubs in football,” he says. “For what they’ve spent in the transfer market, what they’ve achieved in the last decade or so has been incredible.

“Long may it continue: the success they’re having under such great people.”

For Gale, a short-lived spell at Palace represents a crossroads. Yes, regrets about a potential coaching career and the injury that prevented him from lighting up Selhurst Park still last.

But on the other hand, a long-lasting media career followed, as did a connection to a club that embodies what he sees as the most important characteristics one can find.

“I never once had a regret about Crystal Palace because of the people, the club, and the fans,” Gale explains. “Football’s all about meeting people, making friends and learning from experiences, and I learned a lot from a lot of good people there.” 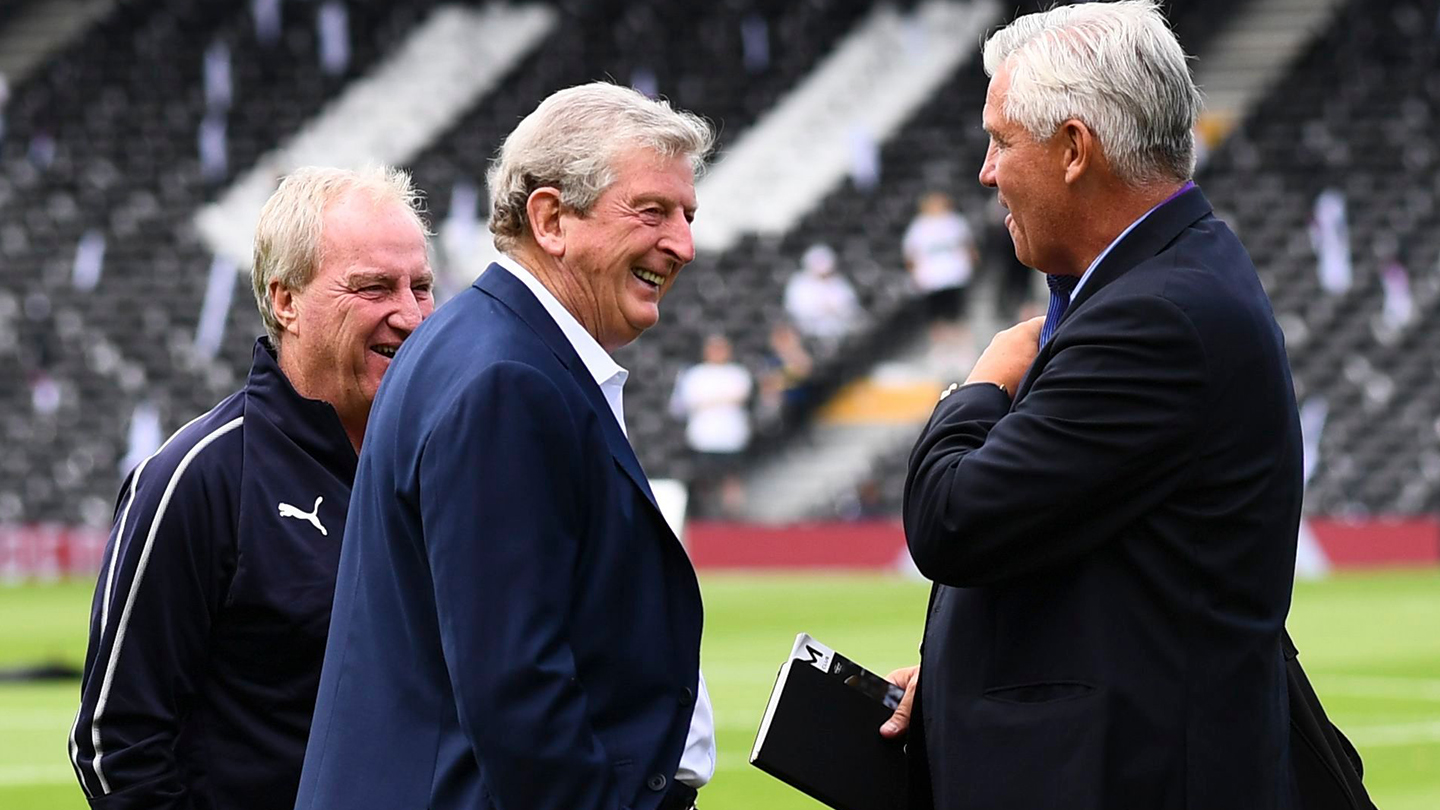 Having become involved via the angling company who sponsor Walton, Outlaw Pro, Gale says the show, which airs in early 2022, “is going to be about four footballers who’ve never picked up a fishing rod in their life… We’re each going to be given a mentor, a four-time world champion fisherman, a bit like Strictly Come Dancing!

“They’re going to try to teach us the different arts of fishing. At the end of it on one day we’ll have a competition between the four of us: who can catch the most or heaviest fish. I’m completely in the dark with it – they’re not telling any of us what will happen, each show is going to be completely off the hoof.

“We’re all really looking forward to it because we haven’t got a clue what we’re doing. We haven’t even got any fishing gear – just football tracksuits and trainers.

“It will be friendly competition because what’s good about these guys is we don’t mind – as I said to the fishermen, we’ve all made fools of ourselves in football at times, so it won’t matter really.”