Value for money: How Coppell and Noades built Palace’s most successful squad

Today, few teams at the top of English football would ever scour the ‘bargain basement’ in search of their most successful ever squad.

Instead, the Premier League giants who fill the table’s top spots and their competitors below spend millions annually on the world’s greatest players.

Signings are made amidst clamorous excitement and analysis, with talents travelling across the world and filling both front and back pages.

But that wasn’t the case in the mid-1980s. Not for Crystal Palace, anyway.

The Eagles were in a rut after half a decade of uninspiring Division Two finishes. The ‘Team of the Eighties’ failed to live up to its name and was relegated just one year into its anointed decade. An FA Cup quarter-final provided a moment’s hope in 81/82, but Palace fans would have to wait three seasons before fortunes started to improve.

Steve Coppell arrived after Dave Bassett’s day-long appointment but would bring a long-term vision to SE25, and the future Palace icon’s first season would be spent ensuring survival for a financially floundering side.

“The club was about one-and-three-quarter million in debt,” then-Chairman Ron Noades explained, recalling the years before Coppell’s arrival. “In those days that was a lot of money.

“Really it was hand to mouth; I had to sell a player each month to keep the club in business.”

With Selhurst’s attendance still suffering from Alan Mullery’s unpopular spell (averaging just over 6,000 supporters per game), business was conducted on a shrewd basis. Palace had just the man.

“I was lucky with the Palace fans,” Coppell told the club earlier in 2020. “In my first year when we really struggled everyone blamed Ron! So to a certain extent I got away with it.

“After my first year we started rebuilding and getting ourselves in a position where we could actually have promotion rather than survival - and I mean financial survival - as a realistic goal. 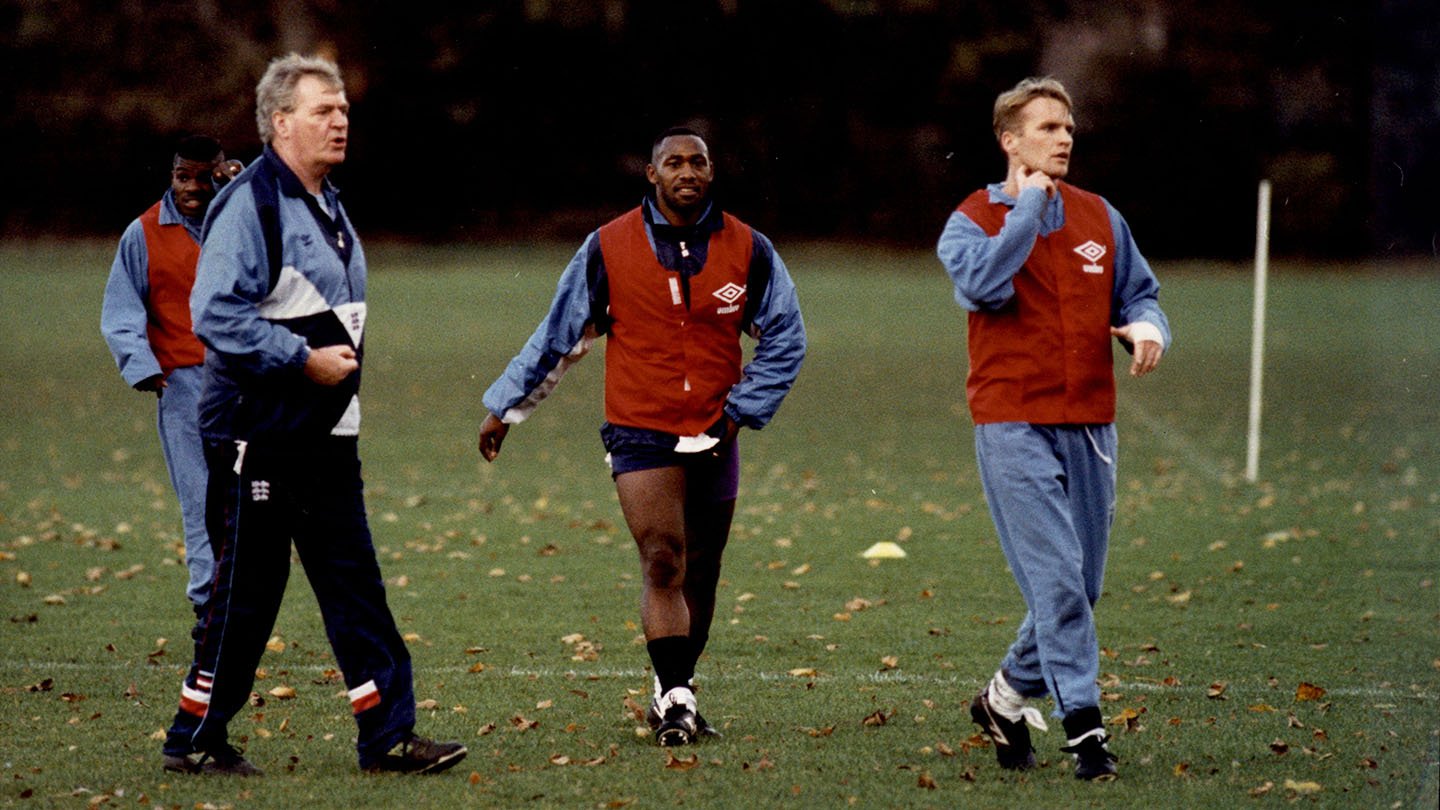 “At the time because we didn’t have funds, we had to look at non-league situations and we had a magnificent return from our non-league players and our bargain basement signings.”

Picking up on the ‘bargain basement’, Noades recalled his first interactions with Coppell and how they later shaped Palace’s future: “I used to go to matches scouting a lot and I saw Steve at games; he was a bit of a student of the game, he was still keen.

“Steve and I would go scouting every night. Even Palace’s away matches, I would tend to go scouting.”

These trips began to bear fruit within months, scooping Andy Gray from Dulwich Hamlet and Tony Finnigan from Corinthian-Casuals.

“Quite a number of players we signed, people like Geoff Thomas, were ones that I found,” Noades said. “We bought Geoff because we had £50,000 spare one summer.

“Mark Bright I saw come on as a sub for Port Vale away to Southend. When we were looking for a centre-forward, I said to Steve: ‘We’ve got to take Mark Bright. Wherever you hit the ball to him - chest, head, thigh, anywhere - he just controls it.’

“I went to see Yeovil play and I bought [Alan] Pardew after the game for £7,500. After that [Liverpool FA Cup] match, I’m on the touchline and Pardew comes right across to me and says: ‘Best seven-and-half grand you’ve ever spent.’ He’d just scored the winner, hadn’t he?”

And then came perhaps Palace’s most famous and best value signing of all time: Ian Wright.

Noades recalled: “Steve came in to see me and said: ‘Ron, we’ve got this player who’s just walked in training with us. He’s been rejected by Brighton and rejected by Brentford. He does some great things on the ball.’

“The next week he comes in, he’s still raving about the tricks that this boy does and says: ‘He might be a player.’”

Coppell elaborates: “He wasn’t registered for anyone. I haven’t got a clue what he was doing when he came. I’m sure when he came to me, he said he was labouring.”

‘What’s his expenses?’ Noades asked his manager. ‘Something like £30 a week.’ ‘Right, we’ll give him a contract – the value of his expenses.’

“When we did sign him, I said to Ron: ‘Ron, you’re not going to believe this, but that fella has the skill to play for England.’ At the time, he’d come from nowhere. I couldn’t believe he was 21 and no one had signed him.

“He didn’t have the football mentality, I think. He was baptised as super sub for a year or so, which he was very frustrated about, and then Mark Bright was the one who taught him how to be a real professional footballer: staying behind, doing extra work and things like that.”

Of course, Wright, Bright, Thomas and co. would form a historic core for Crystal Palace, driving them on to success alongside other meritorious finds such as Nigel Martyn (Bristol Rovers, though admittedly costing £1m), John Pemberton (Crewe Alexandra) and Phil Barber (Aylesbury United).

Needless to say, this core would secure promotion, take Palace to the FA Cup final, win the Full Members’ Cup and finish the 1990/91 season in third place – forming the most successful three seasons in club history.

“Ron took the chance on me,” Coppell reflects over 30 years later. “It took me five years to get promotion. I’d hazard a guess that in today’s climate I would have got two or three years max.”

But then today, few teams at the top of English football would ever scour the ‘bargain basement’ in search of their most successful ever squad. And few teams would succeed so emphatically in doing so.

Make like Sir Steve and find great value in the Crystal Palace Club Shop – with our retro range fully stocked!