In its near-100 years of existence, Selhurst Park has hosted quite a collection of the weird and the wonderful.

It's played home to an elephant, Status Quo and Malcolm Allison's fedora, but perhaps the most unique item to be housed in SE25 came on April 1st, 1989.

When Richard Branson caught the nation's attention by flying a supposed UFO over London in an April Fool's Day prank taken to the extreme, he used Selhurst Park as the base from which he launched his 'Virgin Galactic Airways' balloon into the atmosphere.

"What would you do if you had an idea to make people smile, and April 1st was coming up fast on the calendar?" Branson wrote in a post on Virgin's website two years ago. "My answer to this question was simple: let’s build a UFO and launch it over London." 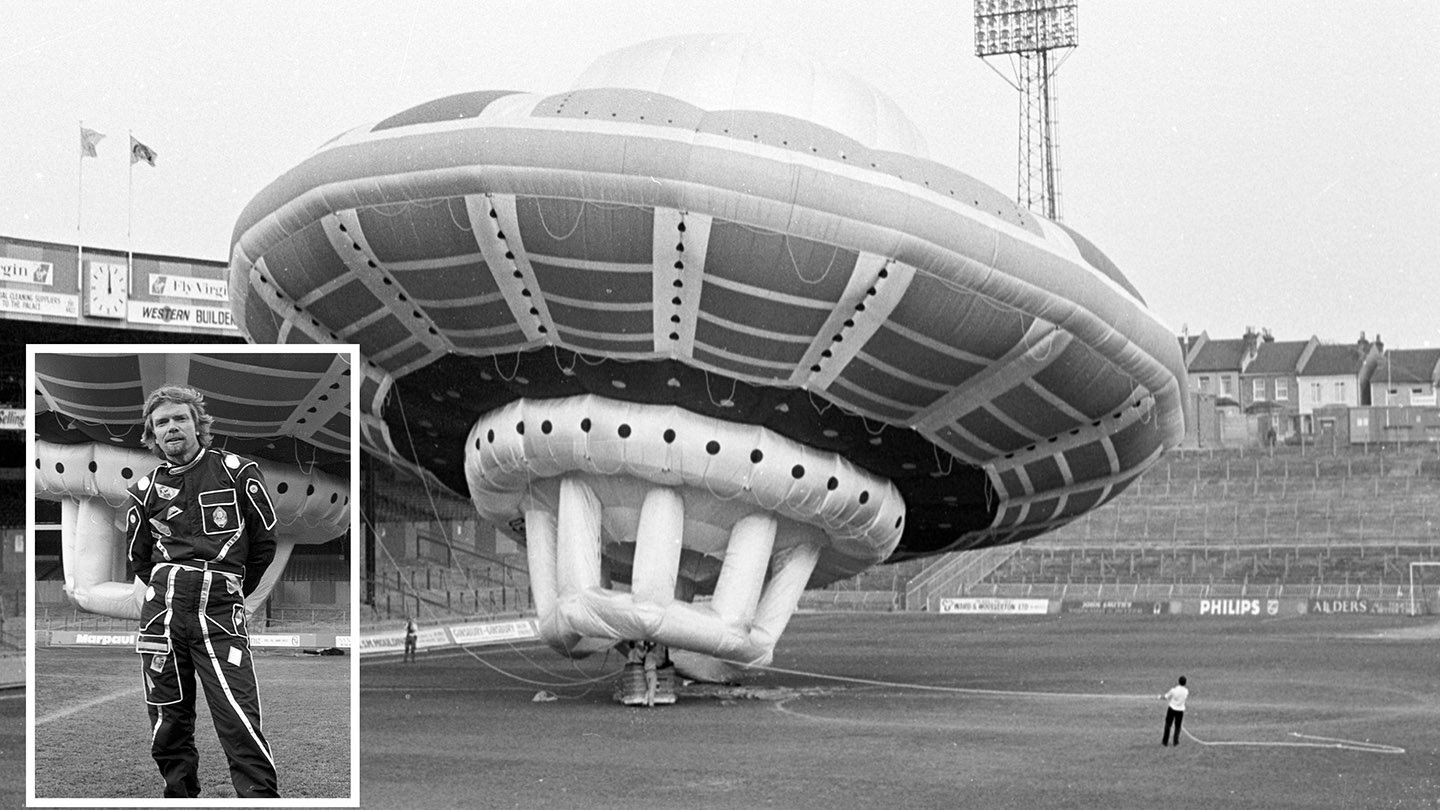 Branson's practical joke caught the country by surprise, and, even for the Palace employees, the large-scale prank was kept quiet. So, when staff arrived at Selhurst for work, none were prepared to see the balloon preparing for flight on the club's pitch.

"By the time we’d reached the motorway it was beginning to get light," Branson continues. "We could see every single vehicle grinding to a halt and hundreds of people looking up at the UFO flying over them.

"It was great fun watching their reactions. What we didn’t know was three police forces had been mobilised, the army had been alerted and radio and TV stations had all gone on the air about a UFO flying low over London!

"The police surrounded us and then sent one lone policeman with his truncheon across the field to greet the alien. The UFO’s door opened very slowly, with plenty of dry ice billowing from it. ET (ok, somebody in an ET costume!) walked down the platform towards the policeman. He quickly spun around and sprinted off back where he had come from!"

South London born Branson sponsored the Palace kit the same season - starting his connection with the club - and the Eagles took the Fly Virgin tagline all the way to the FA Cup final in 1990.