Despite knowing that Palace overcame Brighton & Hove Albion in the 2012/13 play-off semi-finals, yesterday’s re-run of the first leg on Palace TV no doubt would’ve still been a nerve-wracking experience – especially when Glenn Murray went off injured.

To help alleviate any fears ahead of today’s free watchalong of that wonderful second leg, we’ve pulled together a few standout quotes from the players and manager involved in that famous – or infamous depending on what moment standouts most for you – night at the Amex.

Over to the people involved.

“There was a little bit of doubt because they [Brighton & Hove Albion] were hot favourites and had beaten us 3-0 in the league fairly recently. We kind of felt that they had the advantage being at the Amex for the second leg.

“The odds were stacked against us. But then you drive in to the Amex and you see the Brighton flags pre-emptively saying ‘Wembley 2013’ and that makes you think: these people are taking the p*ss out of us here. They think they’ve won the game.

“And that motivated us to shove one straight back up them. That and, of course, the changing room incident.

“We didn’t know what was going on. Me and Brian the kit man had gone in to drop the kit off earlier in the afternoon and the stench was evident before you walked in.

“I’ve been in some pubs but this smell was incredible. We walked round and saw what was lying in the toilet area. It was absolutely disgusting.

“Ollie went absolutely berserk. He went mental. We were there an hour and a half before the game. They’ve got to clean up, but we’ve got to get ready. It disrupted our preparations somewhat but fuelled our animosity even more.

“Ollie didn’t need to say anything. Our team talk was done.

“It was funny to find out that basically our driver had eaten a bit of bad food. God knows what he had done to try and clean it up, it was carnage but it got us to Wembley!” 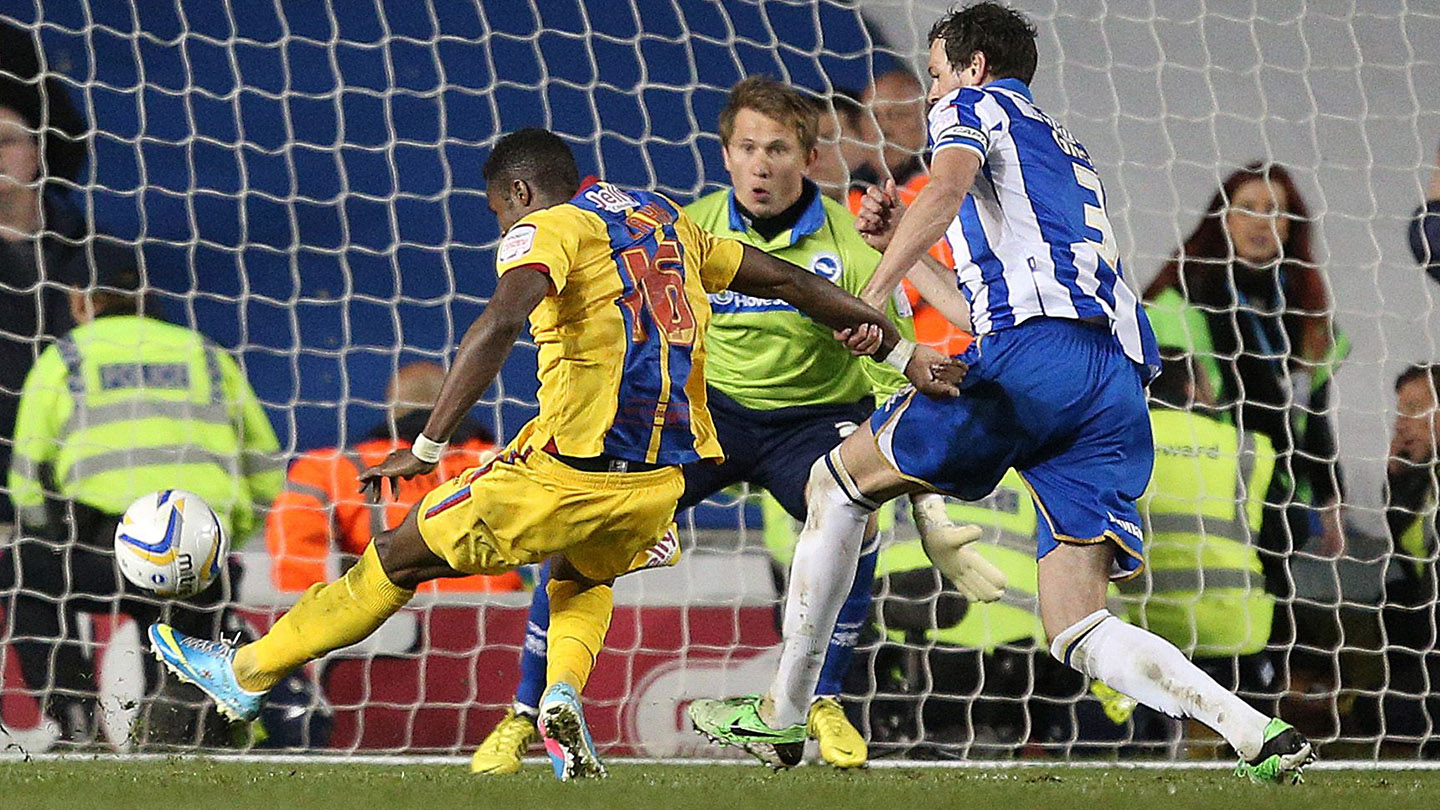 “That was a massive game. Wow.

“We had lost Glenn Murray in the first leg, and that was a blow because he was scoring most of the goals that season, so going over there [Amex Stadium] had us thinking: ‘What are we going to do?!’

“We managed to create a few chances. And that ball Yannick [Bolasie] put in for my first goal was one I knew he was going to do as he’d been doing it loads that season in games and training, and I got my head to it.

“Because I don’t score many headers that is one people really remember but my second that night ranks highly. In recent times, I’ve been practicing shooting with my left foot, but back then I’d say nine out of 10 times I wouldn’t even hit the target with my left. Therefore, managing to spin and hitting it on target - with power - was so pleasing, man.

“I remember getting so much stick before the play-off games. And I was just thinking: ‘why are you being like this? I’ve never done anything to Brighton.’ But, I thought: ‘Fine. Fair enough. You want to give us stick. Then I’m just going to do what I know I can do in this massive game.” 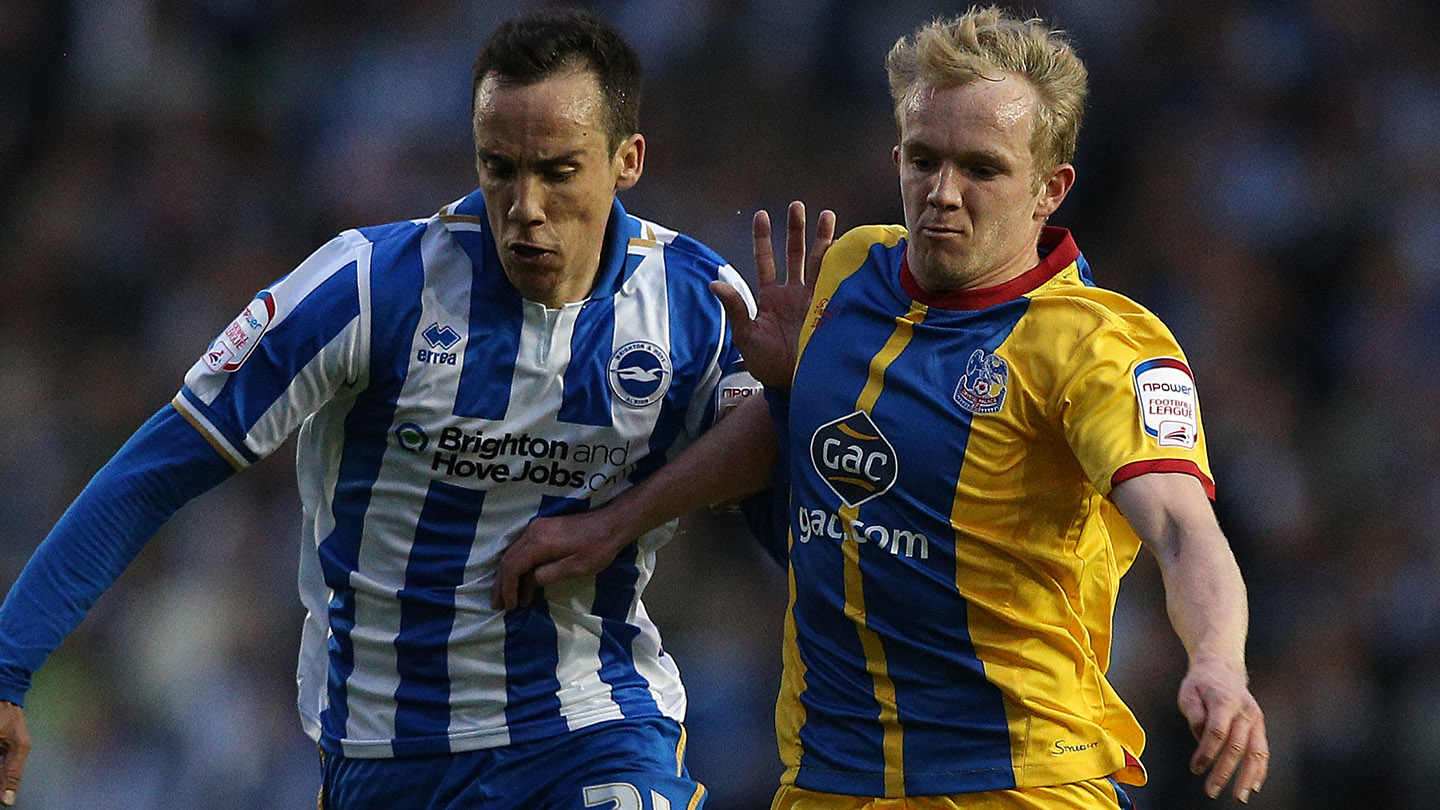 “He [Zaha] pretty much got us promoted himself. It was an amazing night, won by a player that teams can only dream of having. And, luckily enough, we had that player on our team that night. He was the difference.

“Those moments, they give me goosebumps because they’re life-changing, not only for him but for us as players. Playing in the Premier League is something I never thought I’d dream of, and that was down to Wilf at the end of the day.” 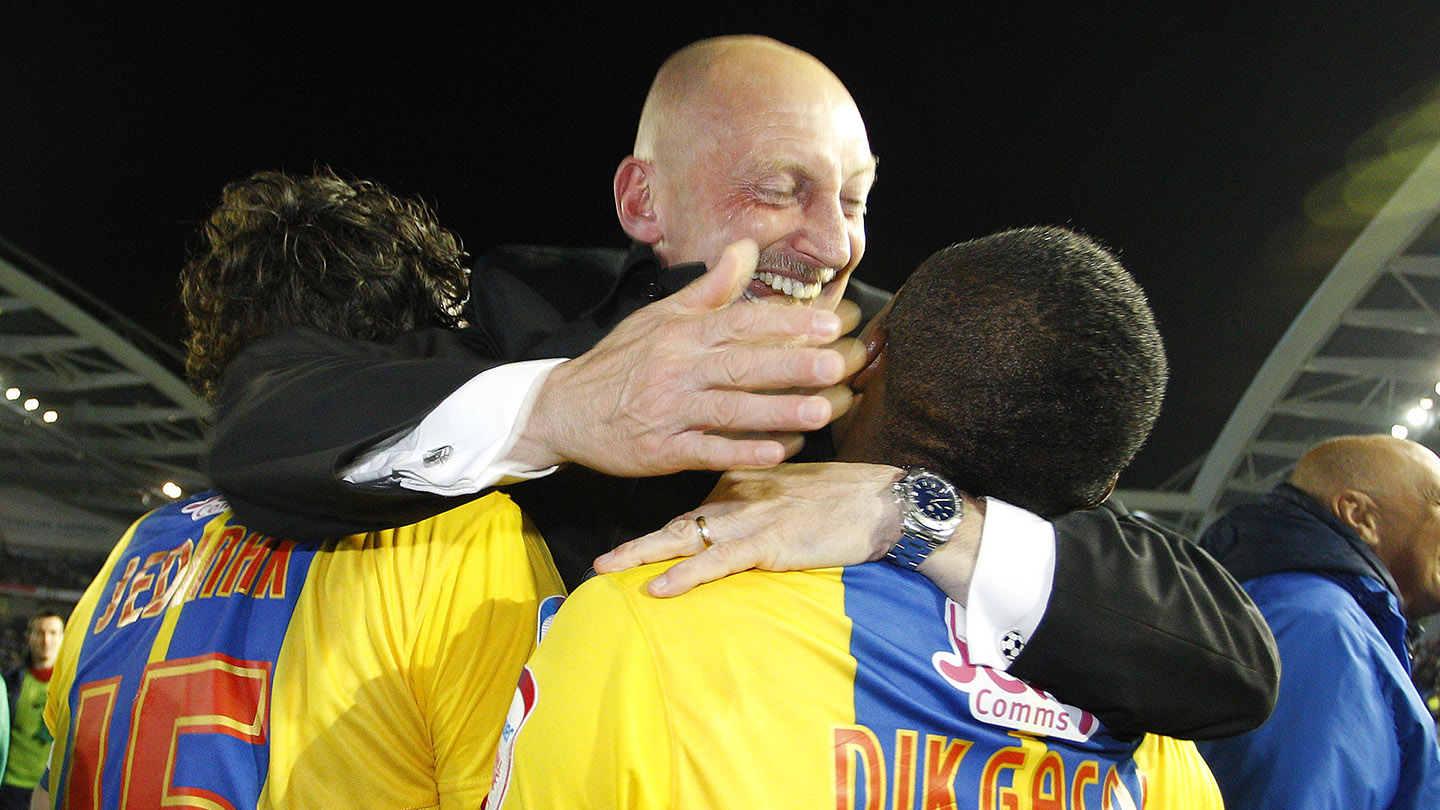 “Wilf was completely horrified by it [the changing room situation] and he stayed behind before we went out, he liked going out late anyway, but he said: ‘Gaffer,’ - I said: ‘Wilf, the only way we can prove we’re better them - because we know we are - we wouldn’t do that, would we?’ He’s gone ‘no’ and I said: ‘Well, let’s just go and win, right? Let’s go and win. Make sure you get inside the fullback.’

“He got inside the fullback and scored a diving header. I was talking to him for months and months about: ‘Get in the box when the other one [winger] is crossing.’

“The icing on the cake was the second goal - what a goal. I still think that’s one of his best goals ever, how he let it roll and smacked it in.”