On this day in 2013, Wilfried Zaha scored two goals against Brighton & Hove Albion in the second-leg of the play-off semi-final to win the game for Crystal Palace, accompanied by the iconic ‘Zaha, oh yes’ line of commentary.

Eight years on, we gained an insight into the goals, occasion, other iconic Palace moments and football as a whole from Bill Leslie, the voice behind that famous line.

To understand the significance of that 2-0 victory, Leslie takes us back to the first-leg: “Thinking back to the semi-finals, Brighton were the overwhelming favourites going into it, particularly after the goalless draw at Selhurst Park in the first leg. Everyone expected a fairly routine Brighton win.

“I think it was just a couple months earlier they played in the league and Brighton had won pretty comfortably. I seem to remember the lie of the land was that getting that goalless draw in the first-leg Brighton almost had a free pass.”

The significance of manager Ian Holloway’s impact cannot be downplayed either, with Leslie saying certain events pre-match “served to fire [him] up and it actually had a big bearing on the game in the end, because Palace had even more of a siege mentality." 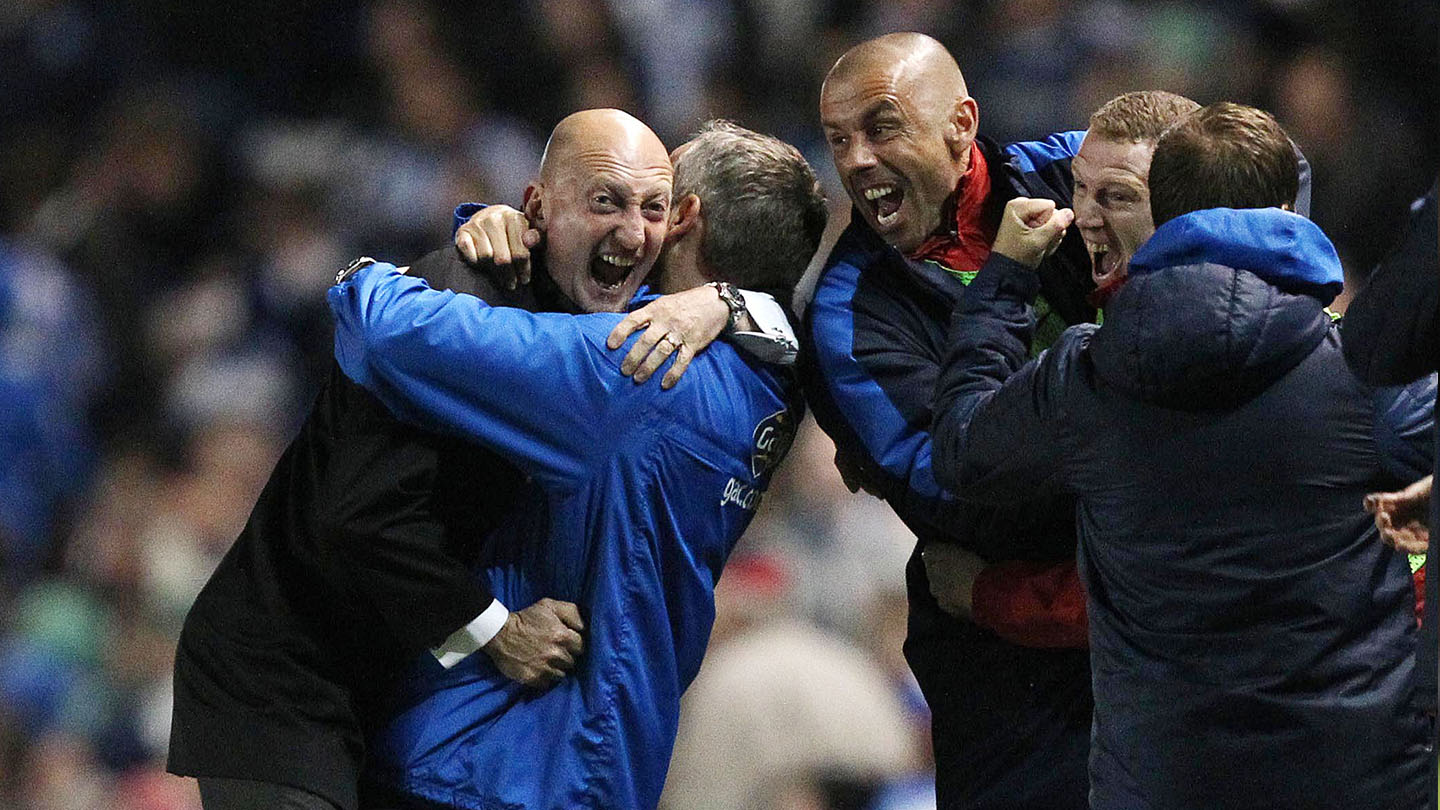 In typical Palace fashion, coming into the game as underdogs simply spurred them on, as Leslie explains: “I seem to remember Brighton hit the crossbar, they had a few good chances and then when Zaha got the first goal, you thought: ‘Here we go, this is actually going to happen - the underdog is going to have its day.’

“For all the good football [Brighton] played that season under Gus Poyet, I don’t think they were very good at coming from behind. So once the first goal went in you thought: ‘Oh it really is in Palace’s favour.’ The second goal - that’s sort of the moment with the timing of it, the nature of it, you just think that’s that.”

The first goal paved the way for Zaha to etch his way into the folklore of the club with the second goal - giving us the ‘Zaha, oh yes!’ moment.

“When he struck that second one, the feeling I had, which I’m sure every Palace fan had, was that that was the moment he’d taken care of business. 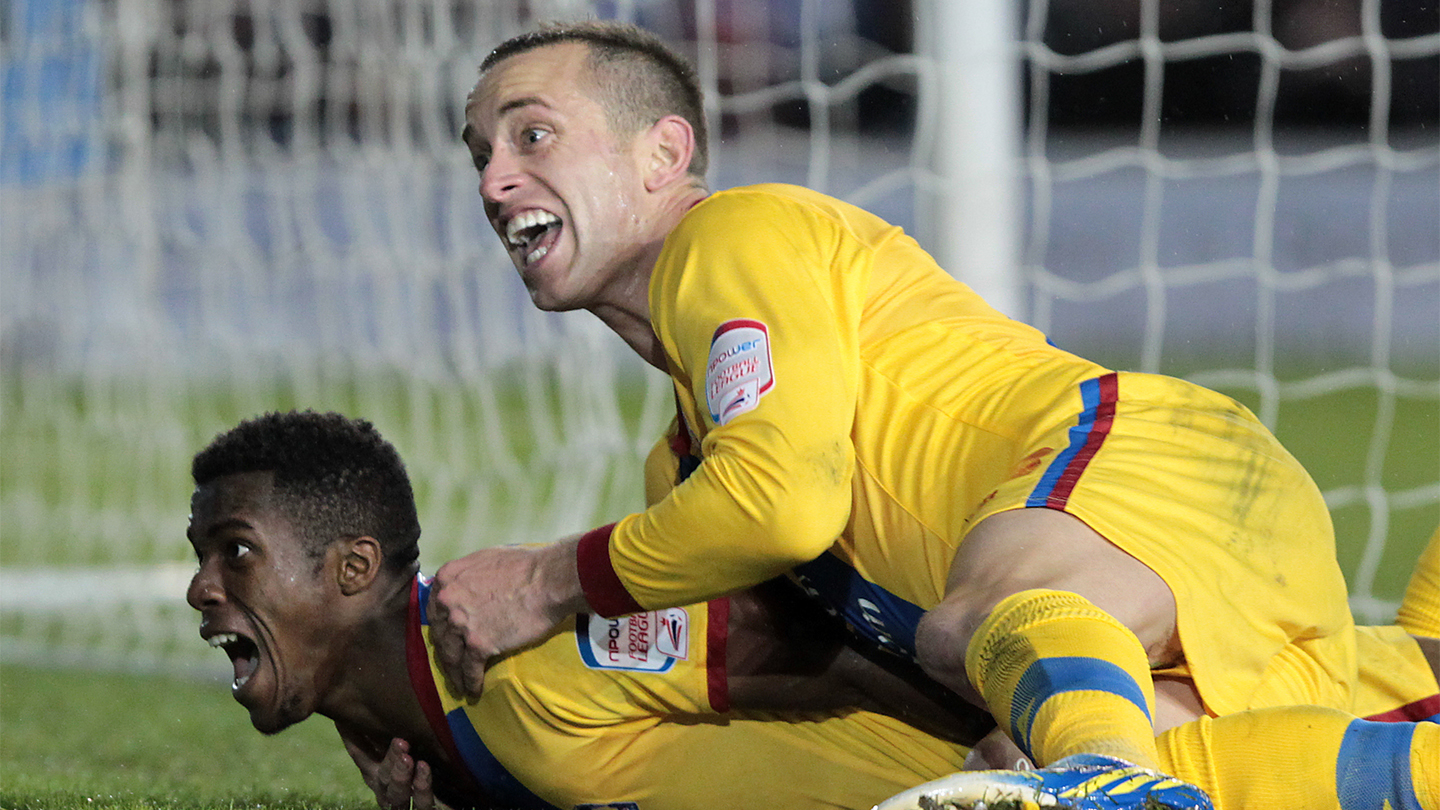 The Eagles progressed through to the final to face Watford, which Leslie also commentated on: “After the semi-final, I did the final as well and although it wasn’t a great game, Palace did exactly what they had to do because Watford again were the favourites, the flair team.

“But the way that Palace played: they played the game not the occasion. Watford froze and it was a lovely moment when Kevin Phillips got that penalty and it was another turning point in Palace’s history.”

Reaching the play-off final was the culmination of Palace’s three year resurgence, which you can learn more about in the upcoming docuseries When Eagles Dare.

Leslie is well acquainted with other famous Palace moments throughout the years, having reported on Palace’s last-minute survival against Stockport in 2001.

“I was at Edgeley Park that day in 2001 as well, not commentating on that one though, I was the reporter. It was before the advent of the smartphone, so you couldn’t just look at your phone and see what the score was.

“He [manager Steve Kember] was coming up to the radio position to try and find out the score to see if Huddersfield were still losing, because Palace had only done their bit and still needed other results to go their way.

“I’m sure to this day, Palace fans will say that’s one of the most significant days in Palace’s history. It was special, it was special to be there and to see the passion, to see the rawness and to see how close it came.”

More recently, Leslie has been involved in further Palace matches that live long in the memory, such as the 2-1 smash-and-grab against Brighton in February.

“I think that would go right up there with the most extraordinary games that I’ve done recently, certainly involving Crystal Palace, because it was impossible that they didn’t lose that game.

“It was even more impossible that they actually won it, and it summed up in one night why we all love football, because the most extraordinary story unfolded that no one watching could have foreseen.”

Both the last-minute and play-off victory took place at the American Express Community Stadium, however Leslie is no stranger to Selhurst Park either: “Selhurst Park, like all the Premier League grounds, is a lot better than it was in terms of scrambling up ladders and getting up onto the gantry.

“There are stairs rather than ladders, because of the growth of the Premier League as an international brand you have more interest and you need to accommodate more broadcasters. It’s all pretty good, the view’s pretty good. When the fans are in, it’s still one of the most lively and most enjoyable atmospheres”

With matches happening on an almost daily basis, the intricacies and work that goes into commentary are often overlooked. It could even be considered an art form for commentators to go from one game to another and deliver a consistent performance.

“There are ways that people do it that are different so to that extent you can say that there’s creativity within it, but ultimately everyone’s after the same thing which is, on radio: find the right words to describe what you’re seeing, and television: to find the right words that make the picture better. 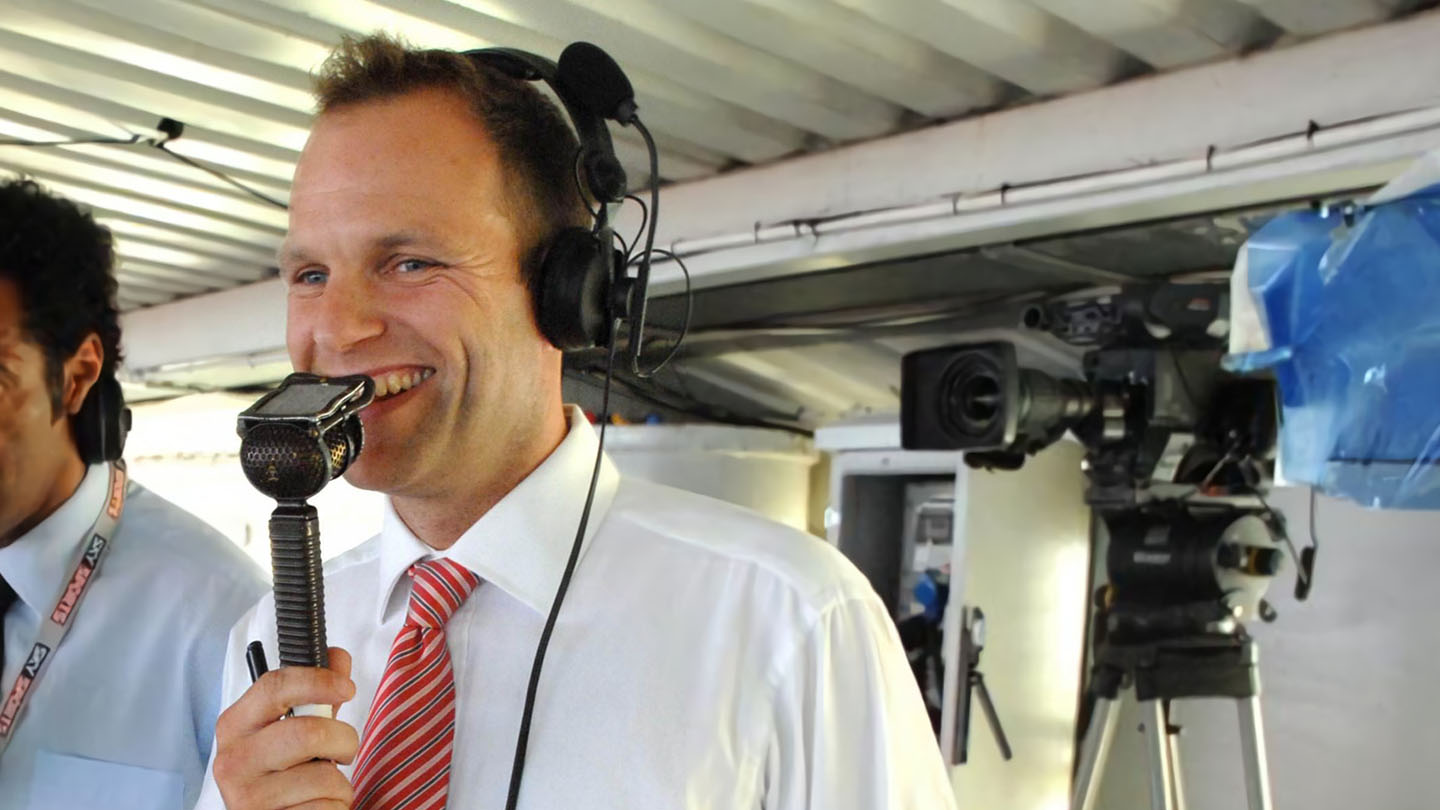 Finally, with matches being played behind closed doors for the majority of the season, all games are broadcast live with commentators effectively acting as a bridge between fans and the action.

“Never more so than in the last 12 months has the privilege of doing this come across more, even though it is in very surreal surroundings in terms of being in empty stadiums.

“Going to a football match now is a bit like food without the flavour. You’ve got everything there, all the ingredients, but the taste isn’t what it should be. The feel, the walking up to the ground, the atmosphere, the way that it hangs in the air, the matchday experience that we all love - that’s not there.

“Without that, you might have some wonderful games, but it’s just not quite the same.”