Eberechi Eze reveals journey from being 'lost' to 'stronger' in recovery

Eberechi Eze looked back to his best after 12 months returning to fitness following an Achilles injury at the end of a phenomenal season. Here, he tells the Crystal Palace programme how the last year has shaped him, and why being match fit can be tougher than being ruled out of action.

Eberechi Eze is a trickster, a conman on the ball with a swift turn of pace. His smile comes in a flash and his style is confident, thinking at speed and playing with assurance: he appears spontaneous, gliding past his marker without a moment’s hesitation.

But now he’s thinking, paused in a rare moment of public contemplation. He’s still assured – he won’t speak until he’s ready – but his thought process is more visible. Eze is picking his words carefully, trying to explain the last 12 months.

“I would say,” he begins after a while, elongating every syllable, “it’s been… a learning curve.”

At the end of this pause is a lengthy and considered answer, with Eze picking his path and committing to it. It’s a tough ask: the Palace No.10 is trying to present a gruelling few months in a positive light, sustain a trademark smile and keep his answers rooted on the bright side. This is an engaging, encouraging style. Pauses aside, Eberechi Eze talks like he plays.

The midfielder is discussing his recovery from an Achilles injury in May 2021, which was almost over at the conclusion of 21/22. He signposted the end with a well-taken finish against Southampton before bursting to the corner flag in celebration.

That story starts, however, with being still.

“The first week I was in a boot, so I couldn’t do anything,” Eze explains. “I was just lying on the sofa – I’d lay there until I had to go to bed. I’d go to bed, wake up at whatever time and go back to the sofa. It’s a tough situation because you’re not allowed to do anything. It’s not like I was doing something wrong but I just felt: this is not comfortable, I don’t like doing this.

“I wasn’t prepared at all. I knew it would be tough. Being honest, it took a week or so of just being lost and not sure what to do; what I actually do with myself and trying to gather myself. It’s a traumatic experience, especially when it’s your first.”

Being honest, it took a week or so of just being lost and not sure what to do; what I actually do with myself.

Players often say the isolation and lack of gratification are the most challenging aspects of rehab. The strain comes from months of solo work repeating the same exercises, arriving before your teammates and being the last to leave.

For Eze that experience was short-lived, as the 23-year-old made a six-month recovery that for some can take 12, coming on against Aston Villa at the end of November. That speed wasn’t incidental.

“From the moment I was able to get to the Training Ground, I said from this moment there are no short-cuts, nothing; I’m going to do every single thing because my aim was to get back the fastest anyone had ever come back from this injury.

That approach – Eze jokes that he was trying to “break a record” – meant the midfielder could return to full training as early as October, compete with the Under-23s the following month and get back to the Premier League before Christmas.

But getting to that stage is half the process. Having been declared match fit, players then have to reach or surpass their original standards. It means regaining their confidence, instinct and physicality, something Eze learned over several months.

“This has probably been the hardest bit,” he says of the last six months. “The hardest bit wasn’t getting back from injury; that bit was fairly straightforward because I knew what I had to do at every single moment. Whereas once you’re back, to get into the team now is not the same.”

We ask if Eze was banging on the manager’s (all-glass) door, and he laughs in the affirmative. “It’s just because you want to play,” he says. That led to conversations with Patrick Vieira, who has said at times Eze’s desire to play had to be tempered by him and his staff making protective decisions.

“To not play was difficult,” Eze admits. “We had conversations, we spoke with some agreement and some disagreement.

“We had our discussions about me thinking I’m ready and us disagreeing, but I’m very aware that it was my best interests being put first. I’m grateful to have people like that where, even if it’s a hard decision to make, they’re willing to do it.

“At the end of the day I know this is all part of God’s plan and that whatever will happen is meant to happen, so that’s where my faith is. It’s not really on what’s happening right now or any conversations right now, it’s about: I know that God’s plan will come to pass regardless.”

And so it proved when, after 11 appearances regaining his fitness, Eze struck past Fraser Forster on the half volley at St Mary’s: a first goal in 11 months. Either side of that game Eze has appeared more like his pre-injury self, drifting across the pitch, stitching attacks together and again smiling like before.

“I don’t want to stop there, I don’t want it to be the end,” he says, explaining that post-injury he feels fitter than ever. “My aim is to continue with all I can do in order to prepare for games and affect games to the best of my ability.

“You have to become more resilient and capable of handling things. Difficulties aren’t stuff that stop you anymore, you know they’re a barrier you have to break through and I feel that’s benefitted me majorly.”

This is Eze’s earlier hesitation summarised, presenting a struggle as a learning curve. Having never sustained a serious injury before, his attitude has been crafted by other setbacks such as release, as well as a grounding in his family’s values.

“A lot of people can get discouraged by their circumstances and the things people say around them, whereas in my family it was very much: if you believe you can do something, you work for it, continue to have faith in God and put that first, then you’re capable of achieving anything and becoming what you want to become.

“Setbacks like getting released and injured haven’t fazed me, in that sense, as difficult as they may have been at the time. I’m always aware I’m going to come out on the other side.

“The way I am, I think it’s a huge credit to my parents and family for the way we’ve grown up.”

Raised in Greenwich, south London, Eze was able to form a cohort of friends with a unique shared career: competitive football. Remarkably, as a pupil at the John Roan School, Eze played alongside Middlesbrough’s Marc Bola and Worthing’s Dajon Golding, with Cardiff City’s Ebou Adams two years above and Fenerbahçe’s Bright Osayi-Samuel in the county team.

He remains close with his fellow south London professionals, explaining that as a group they push one another to success.

“My friends have been amazing. I have quite a few friends and close people I played football with and grew up with from young. Their support is the same as my family’s.

“Players that play elsewhere, people that play non-league; the mindset is still the same for all of us, regardless of what level we’re at. It’s still that you have to put in the work… if they see me doing something, resting or relaxing or not taking whatever I’m doing seriously, they’ll be on me.

“It’s hard to find people like that. I have to [be the same with them]. I’m a bit more chilled than them but it’s all the same, it’s all out of love and wanting each other to be the best we can be.” 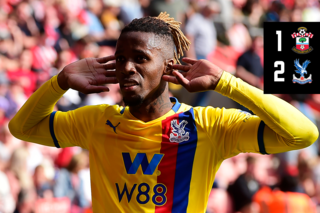 Eze says Bola and Golding are particularly close friends of his, with he and Bola, who has 160 career appearances, even attending the Arsenal Academy together. He remembers: “We’d both go to training together – my mum would drop us or his dad would drop us. So it was the bond being formed from early.

“It’s weird to make it in football, to make it to a high level from the same year group. That [Bola] is literally my best friend. I’ve only started to realise how weird that is. It’s not normal.

“I think that’s hugely important: having parents, brothers and sisters willing to do anything to help you achieve that goal. That’s a big thing and, again, not many people are fortunate enough to have that.

“It motivates you and it stops you from relaxing and tuning out and getting into a rut. I have people around me that won’t allow that at all, and I’m hugely grateful to them.”

Be it Academy releases, injury, or even the danger of indifference, Eze insists on showing the positive side to life. He is the first to pass praise onto others, and it’s clear that supportive family, friends and club staff have each played their part so far.

“People are different,” Eze says. “They’ve gone through their own struggles and everyone has their own journey. Mine has helped me.” There no pausing now.