If Joe Ledley hadn’t turned his mobile phone off when he did, he wouldn’t have joined Crystal Palace on deadline day in January 2014.

“When I was on the plane I didn’t realise that something had gone wrong with the negotiations,” he begins to reveal.

“I landed in London, listened to my answerphone and there was one from my agent saying: ‘Look, it is not going to work.’ But when I called him, he explained that it had all been sorted out with Palace, everything was okay and we were going ahead.’

“Luckily, I had switched my phone off a bit before the flight otherwise I wouldn’t have got on the plane!” 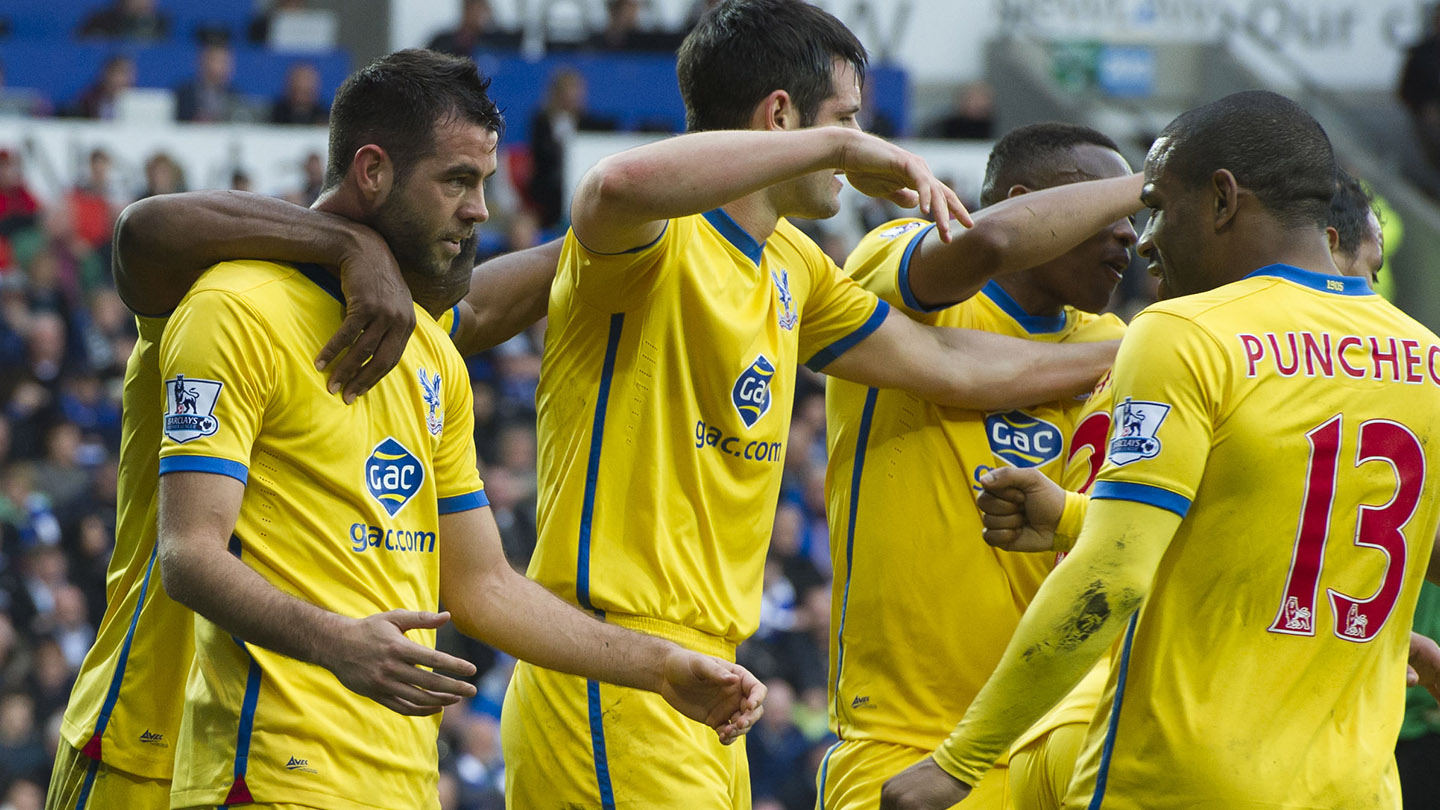 Deadline day is a standout event in the football media and fans’ calendars, but was the day as manic for Ledley? Or have all the non-players created a fanfare out of nothing?

“It is crazy!” Ledley downplays our suggestion that deadline day is fan- and media-led hysteria. “Especially with the fact I was in Scotland and a club back in London wanted me. I had to get a flight with BA from Glasgow to Gatwick at 7 or 8pm that night.

“I didn’t even know there was any real interest until the morning. But even then, I didn’t really think anything of it because there wasn’t a bid accepted.

“I went out to training as normal but during the session Lenny (Neil Lennon) tapped on the window and told me to come inside. He said: ‘We’ve had a bid from Palace. Now go home and decide what you want to do.’

“Celtic wanted to keep me and that made it a difficult decision to make. I was enjoying my time and my football. But being from Wales, it was all about the Premier League.”

If Ledley was ever in doubt that the famous red and blue were the ones for him, Danny Gabbidon alleviated any fears. 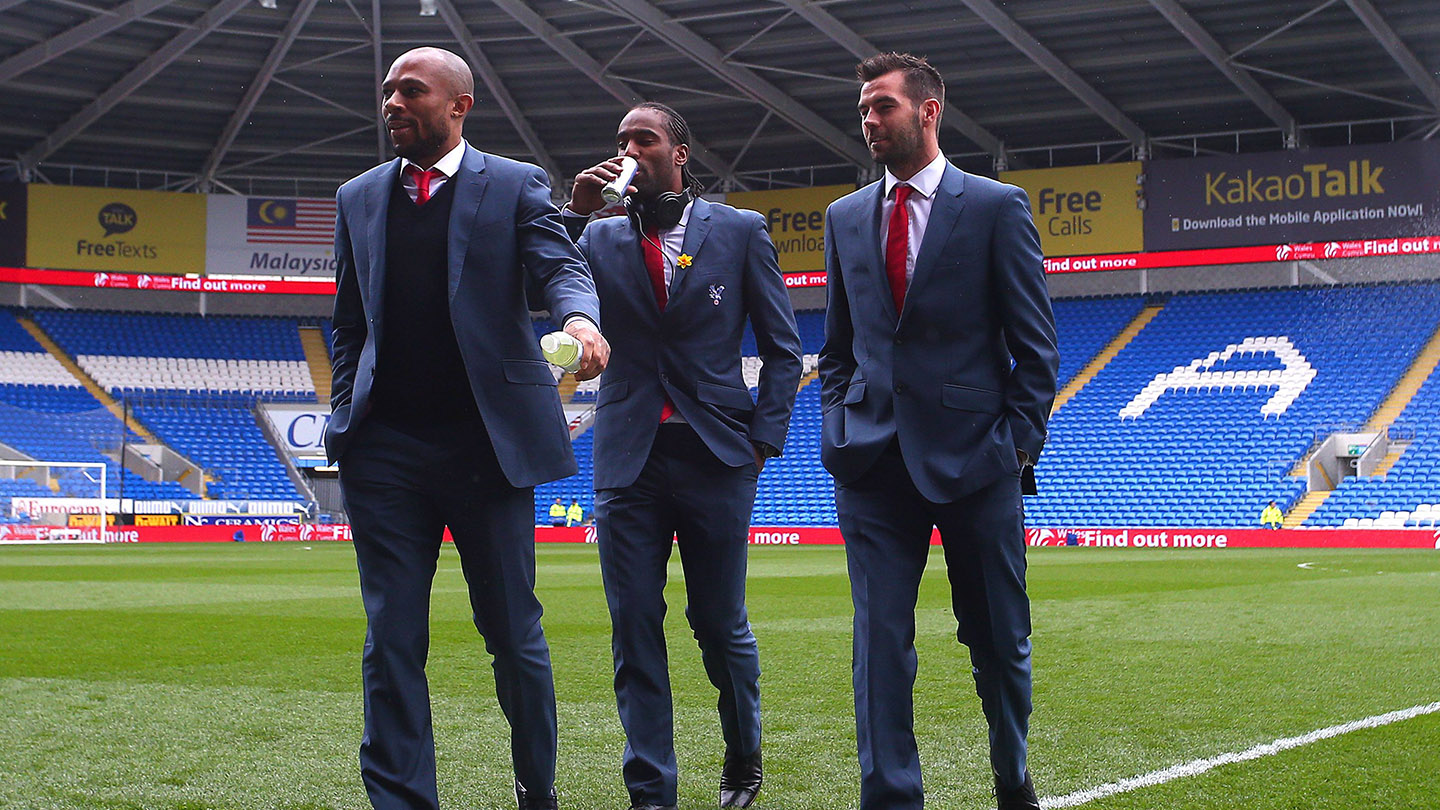 “I spoke to Gabs a lot,” Ledley reveals. “He had been there for over a year and said: ‘It is a fantastic team spirit we’ve got, Tony Pulis is in now and the fans are great – you’ll love playing at Selhurst.’

“Once I heard all that, I just thought this is my chance and it’s a challenge I want to succeed in.”

It would’ve no doubt helped that, on the same day, one of Ledley’s close friends, Wayne Hennessey, signed for the Eagles too.

“Me and Wayne have known each other since Under-14s at Wales,” Ledley says. “We’ve just respected each other from the day we met. And a lot of his family know my family from growing up in Fairwater, Cardiff. 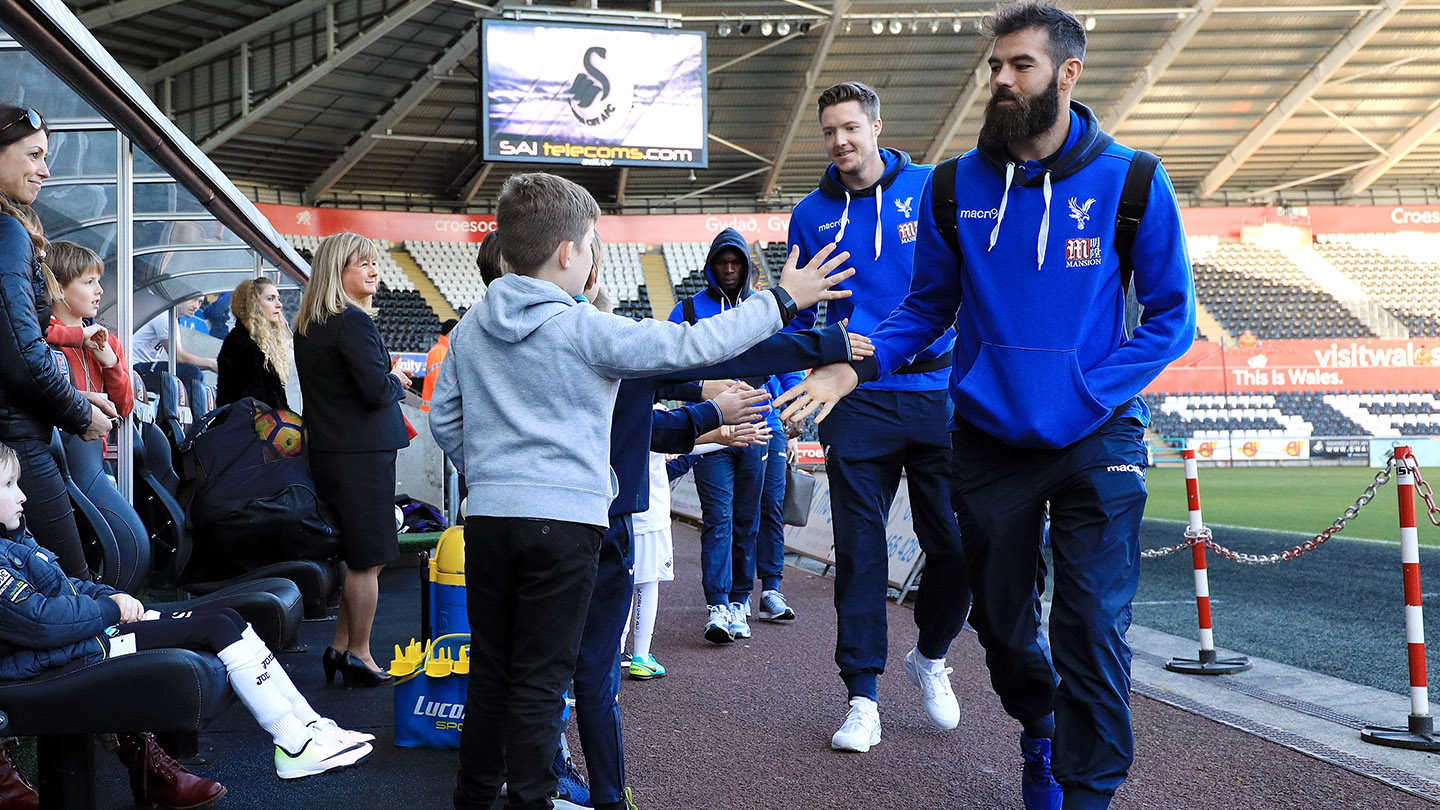 “We’ve always seen each other from 14 onwards, so when we were at Palace together it just clicked even more – especially with the likes of Danny Gabbidon, Jonny Williams, Lewis Price there when we joined; we had that bond from Wales.”

It was a bond so unwavering that the pair couldn’t be separated by the football team etiquette of each player having their own room during events like pre-season tours. Ledley explains: “Even at the Euros with Wales, we’d request a double room. We’d just get bored by ourselves. For me, I want to be having a laugh with someone, I don’t want to be locked away in my room for a long pre-season. Also, we’re saving the club money, too!”

No matter the change in league, arriving from serial title-winners to a relegation-threatened club must be a difficult change of mindset to go through. For Ledley, though, it was one he was ready to embrace.

“I knew it was going to be a battle,” he recalls. “It was one of those challenges that I knew I wanted to thrive at, I wanted to keep this club in the Premier League for the first time in its history.

“I like challenges like that. I knew a lot of players in that team, so I knew that, as soon I walked in that door, with the dressing room that we had, we would be okay – especially with Tony having arrived a month or two before me. Everything just clicked.”

Ledley would go on to play in 14 of the remaining 16 Premier League games, and make a big impact while doing so. Ultimately, it was an impact that would have negative repercussions for his boyhood club, Cardiff City. 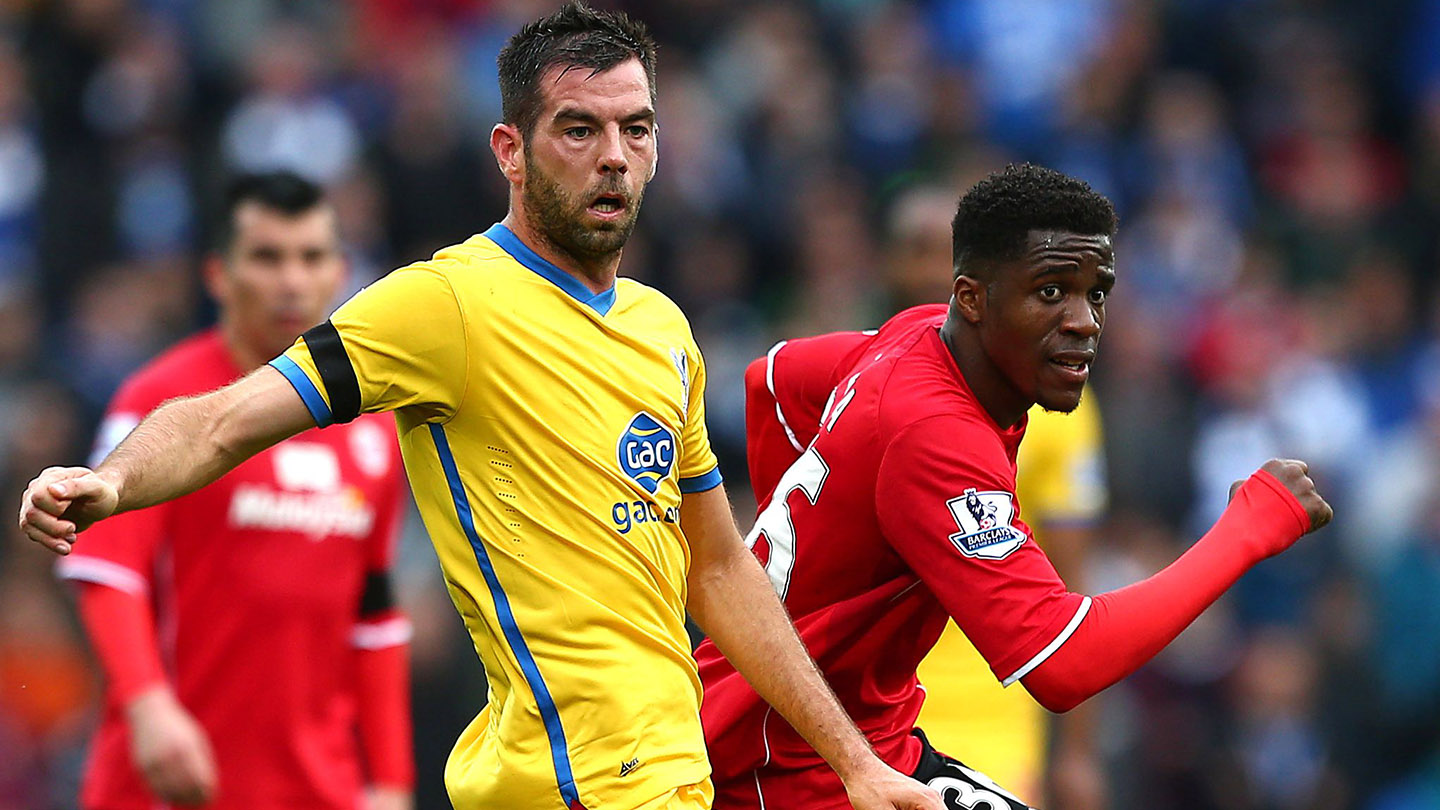 “It was one of those fixtures that I was looking forward to but also not,” Ledley sighs as he recalls the events of the 5th April, 2014 at the Cardiff City stadium. “It came at a bad time for Cardiff – not for us, because we had to win that and we went out and won 3-0 and I scored. But for Cardiff, it was sort of the nail in the coffin for their Premier League status.

“But that is part and parcel of football and I make sure I try to win for the team I’m playing for, so I was pleased to set-up a goal for Jason Puncheon and score myself.”

In games like the Cardiff clash, although steeped in emotion, Ledley always aimed to succeed - and with the Eagles having lost 14 league games prior to his arrival, he was the perfect kind of player for Pulis’ side.

Palace only lost five further games after January, highlighting why the manager was so keen to bring Ledley’s winning mentality to the team off the back of his Scottish Cup and two Scottish Premier League titles.

“Pulis was great,” Ledley begins to offer an insight into those few months in which the manager guided Palace to safety. “You had to be fit. There’s a lot of 11 v 11, shape and tactical awareness. But when I first signed in January we needed that because we had to stay in the Premier League – it was massive to achieve that.

“Everyone needed to know their role straight away, and if they didn’t they were out. Everyone knew their responsibilities. I thought he was a fantastic manager.”

When Pulis departed in the summer, though, in came Neil Warnock and a few days later the new Eagles manager rubberstamped the move for one of Palace’s more crucial signings in recent years: James McArthur. 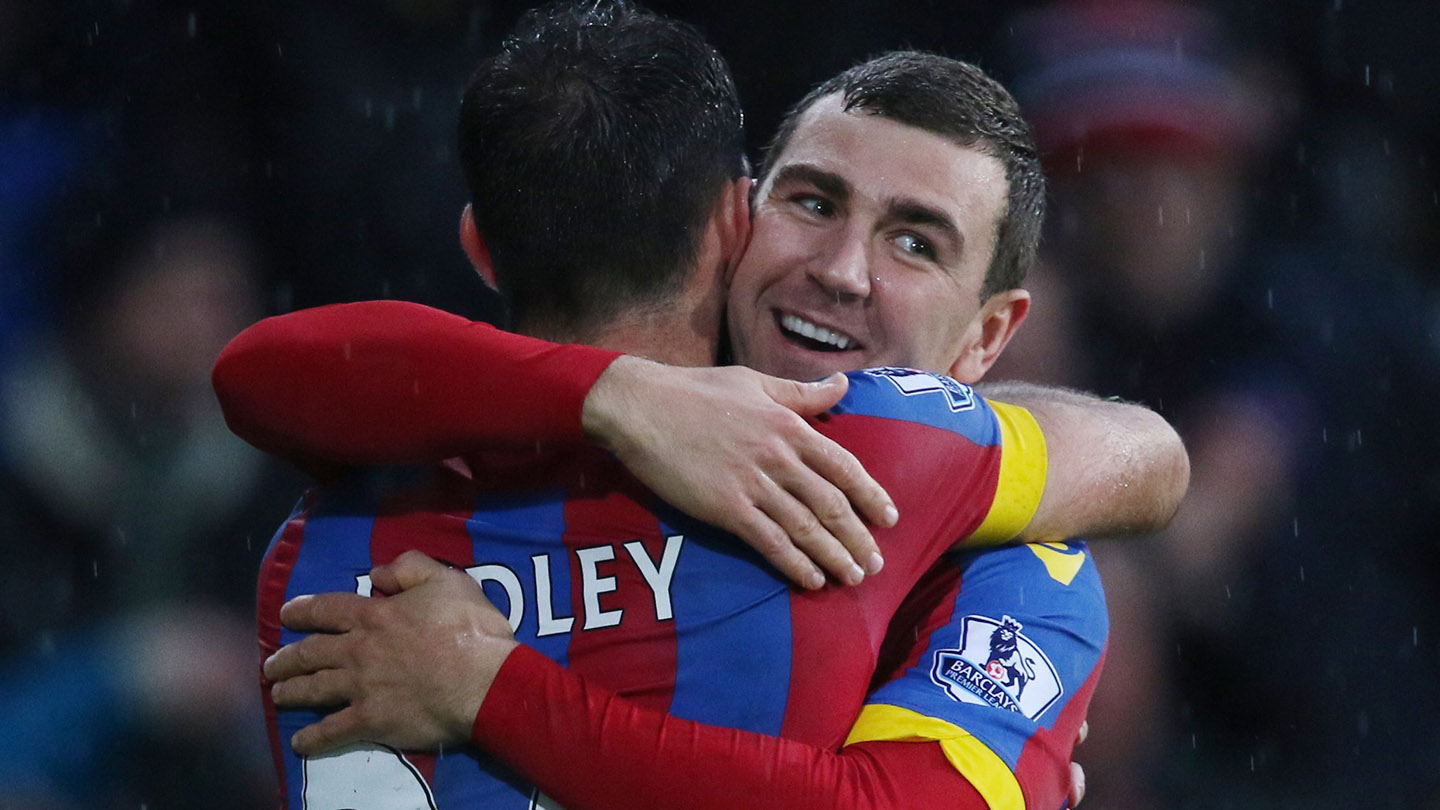 With Macca’s arrival from Wigan Athletic, ‘McJedley’ was formed alongside Mile Jedinak in the middle of the park.

“Yeah, I knew we had been named that,” Ledley laughs. “Macca was a great addition, not just as a player but as a person. Such a great character.

“It was just a really good trio. Jedinak sitting deeper and doing all his defensive work, and then me on the left and Macca on the right. I really enjoyed playing in that midfield.

“We also had players like Punch who could come in.”

And it was a good thing Palace had that kind of squad depth considering McArthur was lucky to escape the King Power stadium unharmed during the 2015/16 season.

“He got Macca down by his neck,” laughing, Ledley begins to tell his first-hand account of when Nigel Pearson had Macca on the floor when the Eagles visited Leicester on 7th April, 2015. “It was funny because the game just carried on but I could see Macca on the floor. 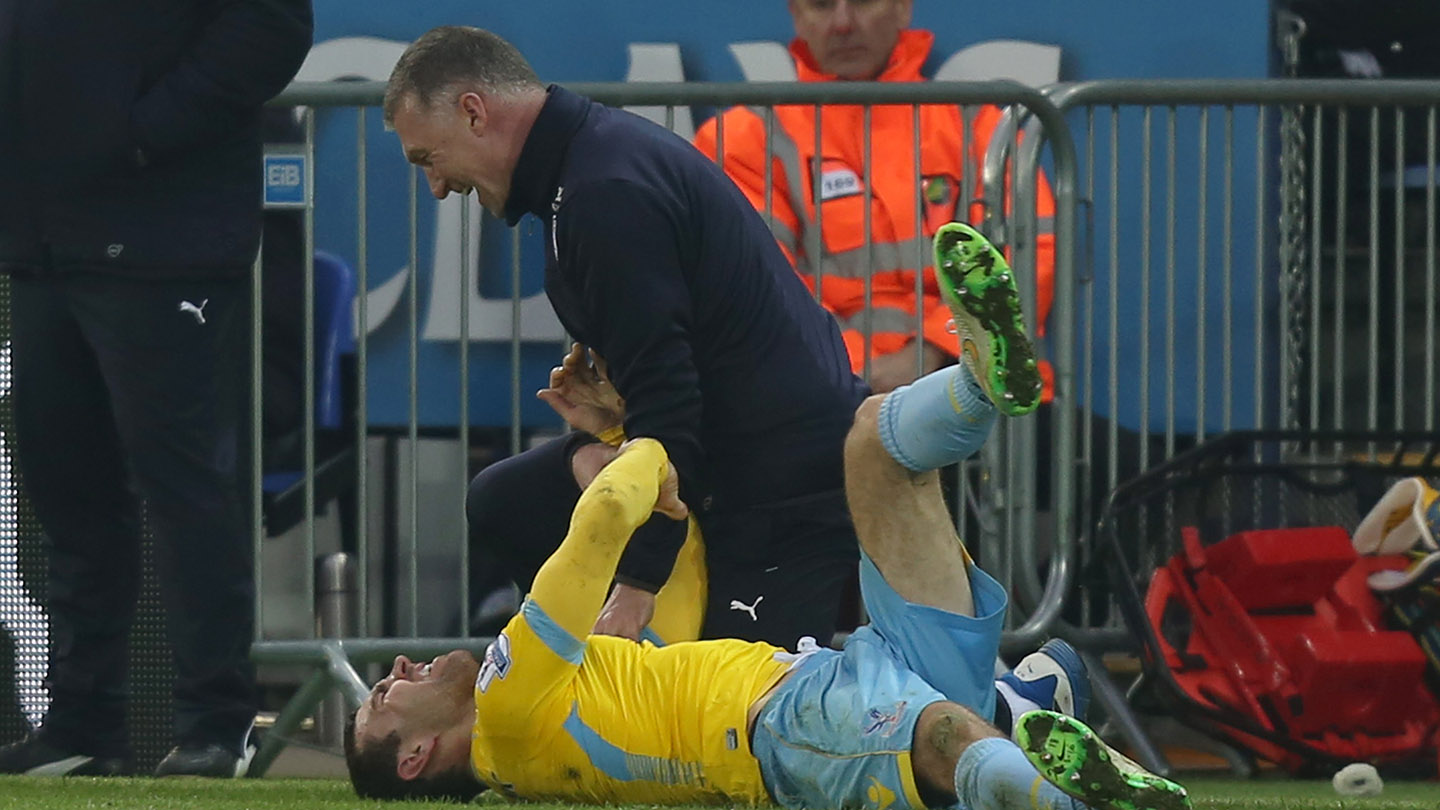 “I’m laughing a bit but also trying to focus. Me and Wayne [Hennessey] are close to Macca and we just hammered him after the game: ‘He got the better of you, he got you in the headlock’. To get the goal was just a bonus because seeing Macca on the floor was even better.”

Despite moments such as scoring the winner against the Foxes, Ledley only started 11 Premier League games. “It was a stop-start season for me: coming on now and then, making a few appearances,” he explains. “The thing is, I actually thought I did well; I won a lot of games. But it was just one of those things in football where I don’t think Alan [Pardew] fancied me at that time.

“Obviously, Yohan [Cabaye] came in and was always going to play. He knows Alan well from his Newcastle [United] days. I knew it was something I just had to bide my time with, but I was frustrated as it was the season leading up to the Euros.”

With hindsight, any suggestion that former Palace defender and Wales manager Chris Coleman wouldn’t be utilising one of his star players was misplaced.

Under Coleman, Wales’ story from summer 2016 will forever remain one of international football’s greatest underdog tales.

“He was great; honest to God, he was fantastic,” Ledley elaborates. “We all loved working under him; we’d all fight for him.

“The team bond off the field was great because he wasn’t one of those who would give us curfews or say no drinking. He just knew we respected him and we knew he respected us. If we stepped out of line, we knew there would be consequences.

“A fantastic person and manager. Similar to Tony Pulis: everyone knew their roles. We had a lot of quality, so created a lot of chances and goals – we had the freedom to go out and play football and play it the right way.”

Ledley, Hennessey and Jonny Williams' success that summer highlights just how quickly Crystal Palace continues to grow. After all, just 14 years earlier the club was proud to see Gregg Berhalter become the first Palace player to feature at a World Cup.

Then, in 2016, Palace had three European Championship semi-finalists returning to the Beckenham Training Ground. “It was great,” Ledley recalls the hero’s welcome the he, Williams and Hennessey received. “We had a little bit of extra time off due to how far we went in the tournament. We just pinched ourselves, really. We couldn’t believe it. And the boys were buzzing for us when we got back.”

Following several good performances in France and the euphoria that summer brought, Ledley was ready to hit the ground running at Palace in the final season on his contract. 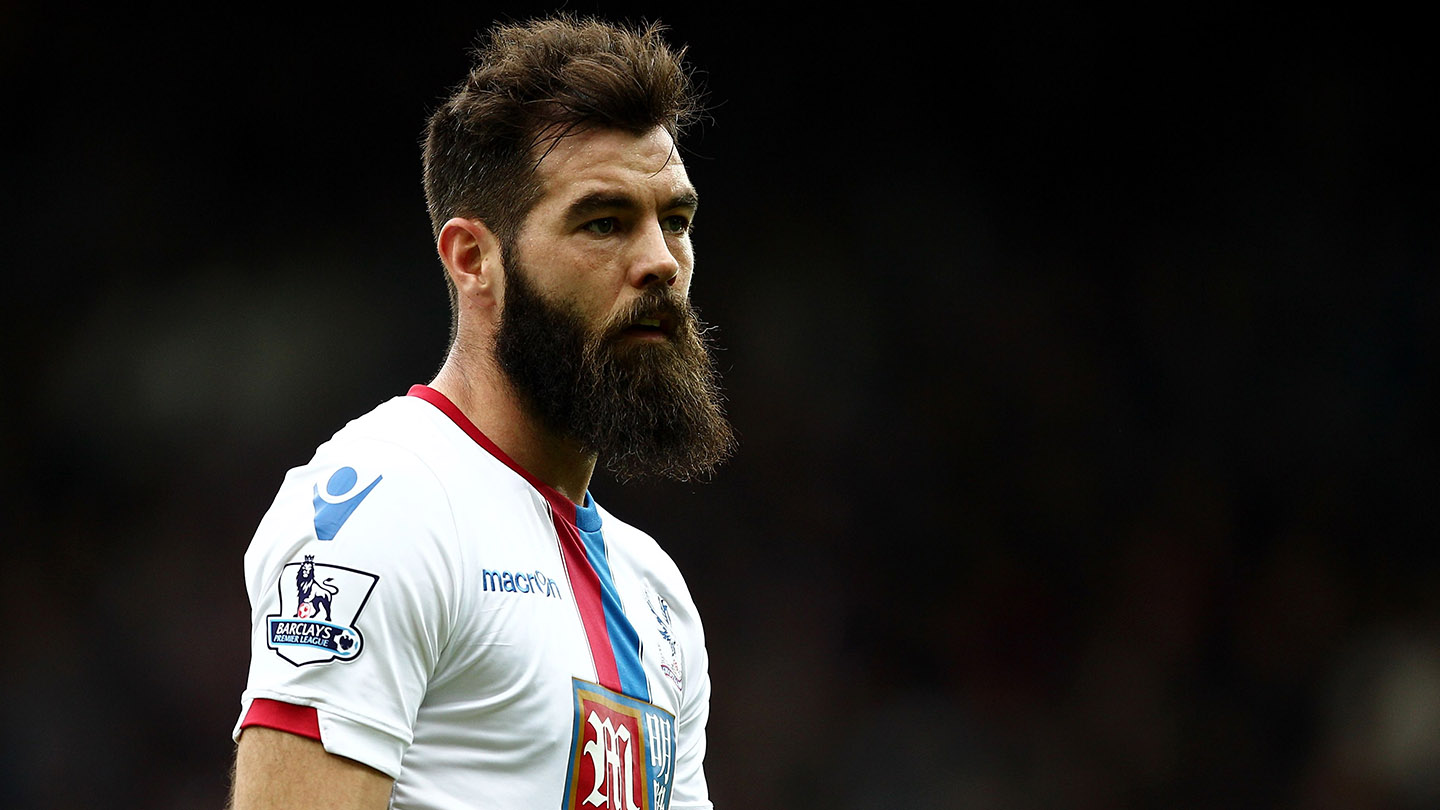 “I thought I had a good pre-season but again it was a stop-start campaign,” Ledley recollects frustratedly. “It was a shame because coming back from France, I really thought this was going to be my season but it just didn’t work."

Ledley would leave a free agent in summer 2017 and, naturally, was not short of options: “I had offers from Turkey, other places in Europe and Asia,” he reveals. “But I just didn’t really fancy it – I know it probably would’ve suited the way I play football but I’d only just turned 30 and I really thought I could still do a job in the Premier League.”

But as the summer ticked on, Ledley still hadn’t found the perfect fit for his family and his career. “It was horrible. I didn’t expect it to be that long [without a club],” he says. “The longer it went on, it was getting harder and harder. I thought: ‘Right, I’ll wait until after deadline day, when clubs maybe haven’t got the targets they wanted’ but another week went by.”

Almost three years on from leaving Palace, after spells with Derby County, Charlton Athletic, Newcastle Jets in Australia and Newport County, Ledley has now retired having graced the Premier League and thrived in Scotland's top-tier.

Congrats on hanging up your boots, Joe, and good luck for whatever's next.