Jordan Ayew gave a lengthy and emotional acceptance speech to Palace TV after being named Crystal Palace Player of the Season for 2019/20.

The Palace frontman earned the accolade after an exceptional personal campaign in which he scored nine times and earned the club 14 points. He can add the trophy to his Goal of the Season winning strike v West Ham United at home and Players' Player of the Season, both of which he scooped this evening.

Uninterrupted, Ayew reflected on a landmark season and dedicated his Player of the Season award to Pape Diouf, Jordan's former club president at Olympique de Marseille and mentor who sadly passed away in March this year.

You can read Ayew's speech in full below.

"I’m lost for words. It’s a really, really big moment for me. I’ve worked so hard to get into the team and I think the first season I came into this team wasn’t the best but the club had faith in me, the club wanted me to stay and I wanted to stay as well. I had the desire to have a better season and things have gone so well. I’m just grateful.

"When I have this type of award I just think of my family and obviously of the fans. And one man that’s been so influential in my football career: that’s Pape Diouf. I lost him within the period of COVID and he passed away, I wish he was still here so I could present him this. 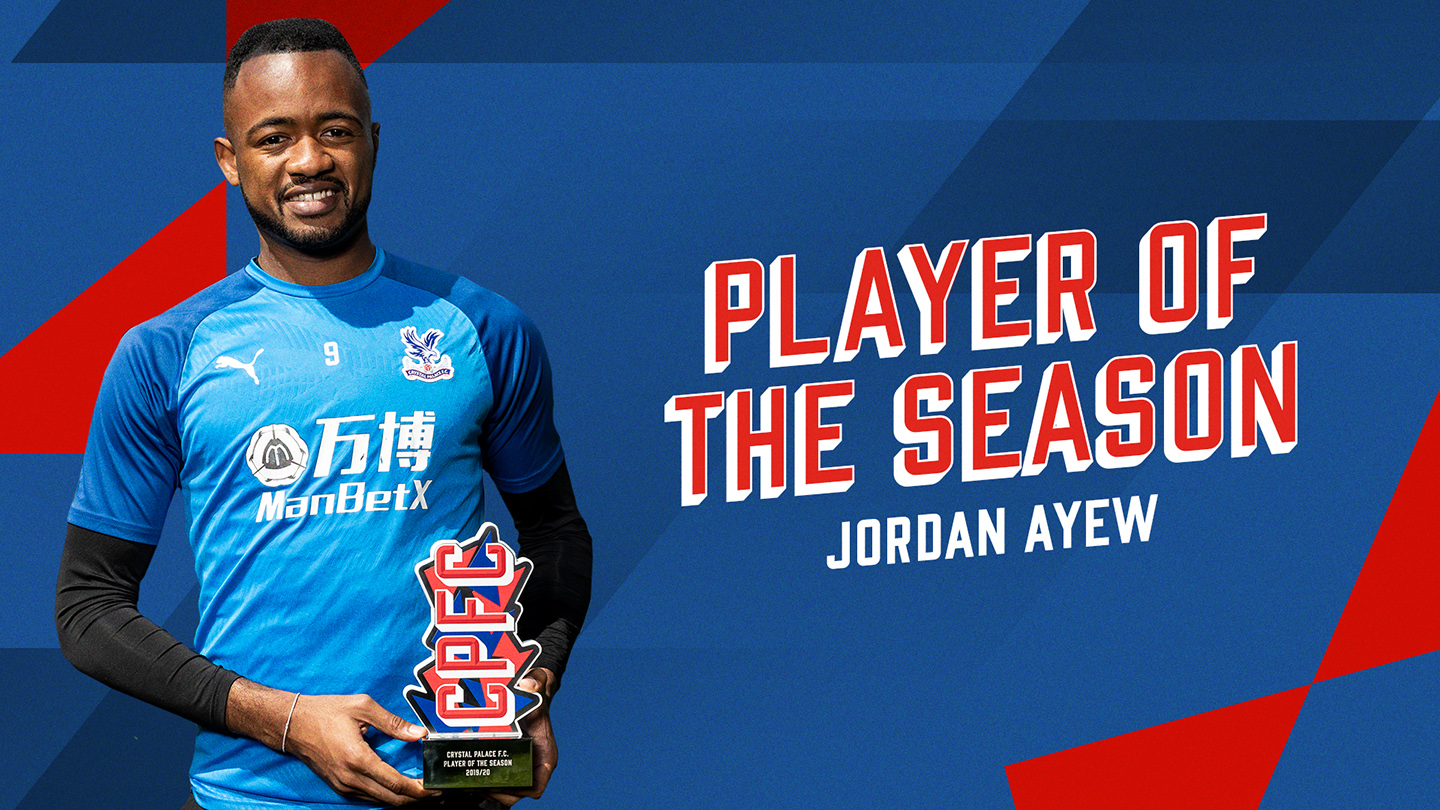 "He was so influential in my football career, he was the one who opened the doors for me to start playing football. He was more than a father so I’d like to thank him very, very much. Because if it wasn’t for him I wouldn’t be where I am today, so that’s my message I have for him.

I am really honoured to have received these @cpfc club awards today. Thank you 🙏🏾 - Last season was very tough for me but I was determined to work hard and repay the faith shown in me by the club. - Thank you to our supporters for the amazing support once again and for the love they have shown me. We have missed you alot since the restart but we will see you again soon when it’s safe and it will be a very special feeling ♥️ - As a team, we have worked so hard collectively and I want to thank my teammates for all their efforts on the pitch. A big Thank You also to the Boss, the coaching staff, the board, and all the club staff for everything they have done for us this season. - Whilst it’s always special to receive personal awards, the most important thing is that we work even harder and come back stronger next season. - I would also like to thank my amazing family for their unconditional love & support every day ♥️ - These awards are dedicated to the late Pape Diouf, who we sadly lost during the quarantine period. He was a very special man, who helped me and my family so much. I will miss him greatly ♥️🙏🏾 - It’s time for a short break now before the hard work starts again. See you all very soon and stay safe ✊🏾 - Jordan x 🔴🔵🦅🇬🇭

"I’m short of words because I’m a bit sad at the moment but I’d like to thank the coaching staff that have given me the opportunity to express myself this season. I’d like to thank my teammates because if it wasn’t for them I wouldn’t have this award.

"And obviously I’d like to thank the fans one last time for this season and for the support they’ve given us this season, especially me. Hopefully next season will be a better one and hopefully we can finish as high as possible."

READ NEXT: Ayew scoops 2019/20 Goal of the Season for West Ham winner in landslide vote