Jordan Ayew has been named Crystal Palace F.C. Player of the Season for his stellar campaign across 2019/20, with the club’s fans naming the forward as their choice by a clear distance.

Ayew, who netted nine times this season and played in 39 games, received an impressive 37% of the total votes from almost 6,000 supporters.

In an emotional acceptance speech on Palace TV’s End of Season Awards show - which you can watch in full here - Ayew said: "I’ve worked so hard to get into the team and I think the first season I came into this team wasn’t the best but the club had faith in me, the club wanted me to stay and I wanted to stay as well.

"I had the desire to have a better season and things have gone so well. I’m just grateful.

"When I have this type of award I just think of my family and obviously of the fans. And one man that’s been so influential in my football career: that’s [mentor and former Olympique de Marseille president] Pape Diouf. I lost him within the period of COVID and he passed away, I wish he was still here so I could present him this." 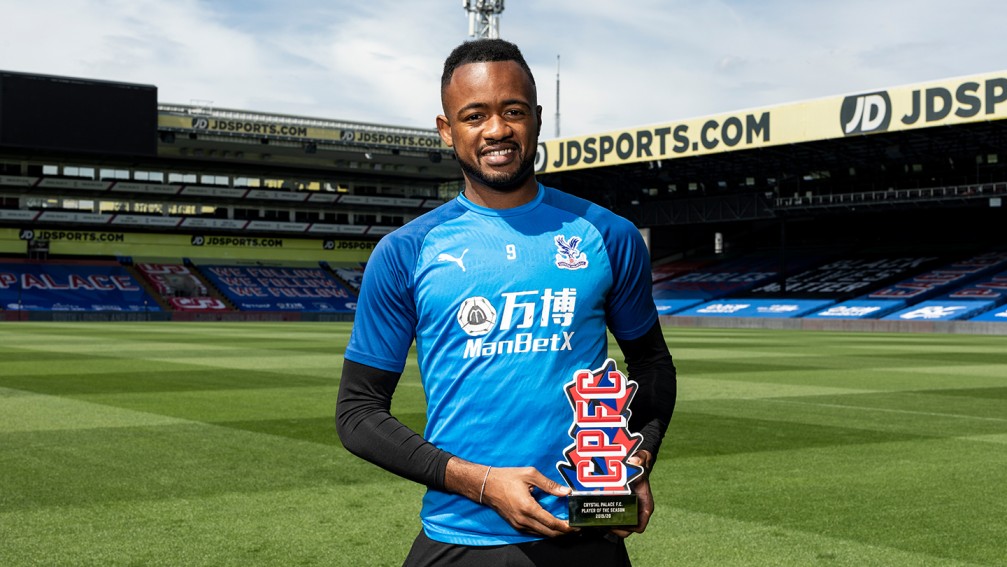 Crystal Palace manager Roy Hodgson announced Ayew's achievement, and echoed the 28-year-old's pride, saying: "[Jordan] is an unbelievable enthusiast and hard worker, somebody really who never falls below a certain level of performance, someone who never misses a training session and is always lively and alert in each training session, irrespective if it’s the day after coming back after a long journey or after having a day or two off.

"He's made great strides going forward. When he came to us, he showed a lot of qualities but I think the qualities he possesses he really has worked on and improved... Well done, Jordan."

Ayew’s goals this season have been worth 14 points to Crystal Palace - with the frontman excelling in his first permanent season as an Eagle. He scooped two ManBetX Player of the Month trophies and a remarkable 10 eToro Man of the Match awards.

Everyone at the club would like to congratulate him for being 19/20’s Player of the Season.