He spoke at some length with Premier League Productions to give his views on the clash, and focused in particular on the team's unsung heroes.

He said: "I thought the shape of our team today was fantastic and there were some really incredible individual performances. For Mamadou Sakho to play the game he played after so little football for the last three months, I think, was incredible.

"Jeffrey Schlupp, who’s been out injured for quite a long time, once again it was quite incredible what he could do. And the midfield and back four I thought were pretty faultless throughout the game. I’m delighted. It’s a great win, it’s nice to get six points on the board."

Hodgson then went on to give his view on Palace's energised frontline, being asked in particular about the Eagles' rapid start.

"We always have that plan," he said - "we don’t always carry it out! It wasn’t a particular plan - we always try to start fast, to make certain we’re on the front foot and we pressurise the opponents as best we can. 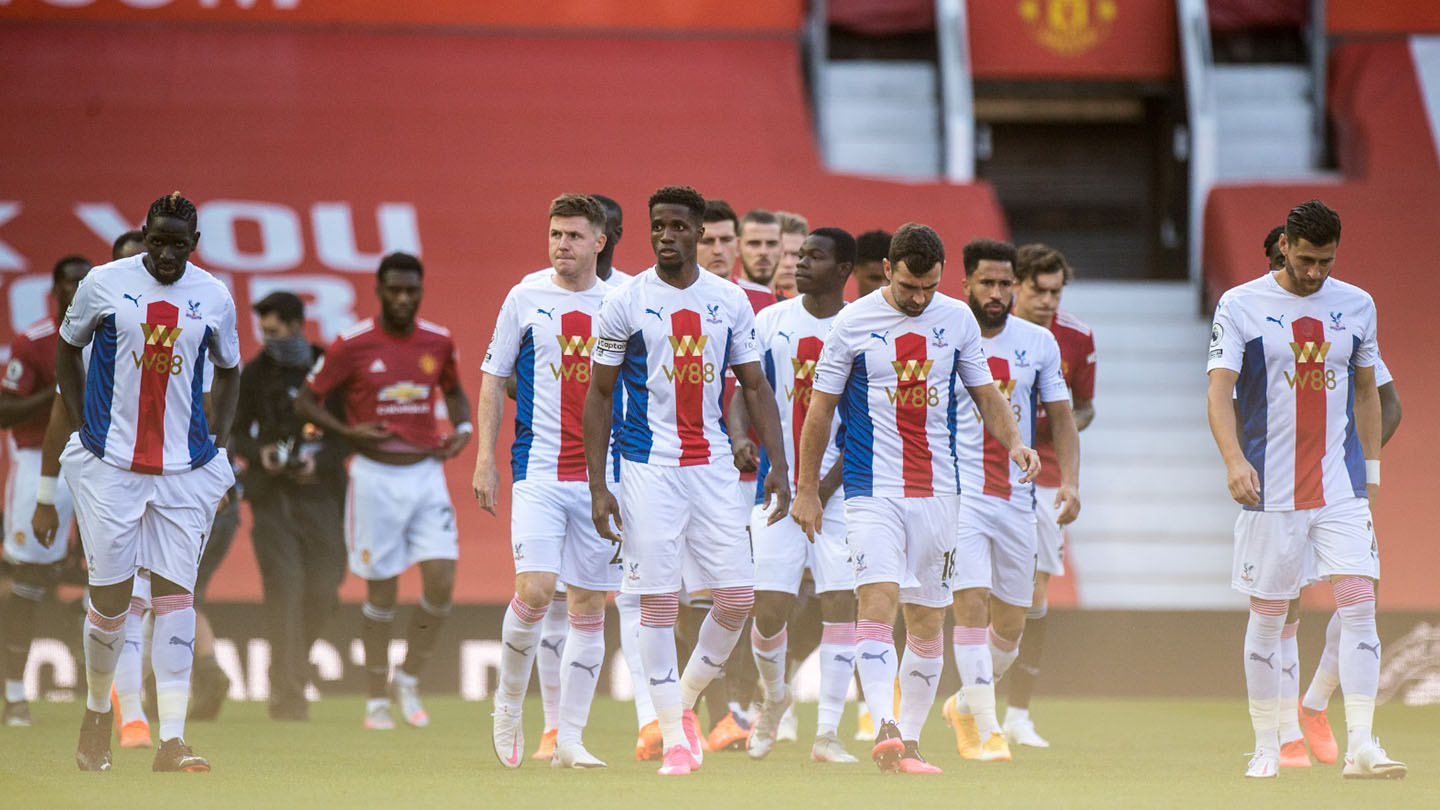 "Today, we looked much more like taking the chances we created. We forced saves from the goalkeeper, we forced last-ditch challenges and we actually scored three times."

One of the game's key talking points came when Wilfried Zaha converted a retaken penalty after Jordan Ayew initially missed the first attempt. The spot kick came when Victor Lindelof was judged to have handled the ball - an error picked up upon by VAR.

VAR then intervened again to encourage the penalty's retaking, with David de Gea stepping off his line to deny Ayew a goal.

Hodgson explained why he called for another player to then step-up, recalling how a similar situation with a previous club changed his approach.

He said: "I don’t think it’s good for a player to miss a penalty and then to immediately take another one. I think your confidence is affected by the miss. It wasn’t a good penalty, it was quite a comfortable save by De Gea and I’m pretty sure if I had allowed him to take the penalty, he might well have scored it. But I didn’t think it was a good idea to take that chance.

"I had an experience long in the past where our penalty taker - who never missed penalties - missed two in the same game in a European tie and ever since that moment I’ve thought it’s not a great idea to have the guy who’s missed take the second one."