Roy Hodgson has praised his squad following their return to contact training, describing their fitness levels after 10 weeks away as “incredible”.

“I must give the players enormous credit,” he said, updating supporters on the players’ fitness ahead of the Premier League return in two weeks’ time. “It’s quite incredible really, the fitness work they’ve put in individually…again, guided by [Head of Sport Science and Strength & Conditioning] Scott [Guyett] and the Doctor [Zafar Iqbal] with the information coming in to them.

“They’re working on their own, no help from anybody. Some of them had a field nearby which was suitable, and some didn’t. It’s quite incredible that they’ve kept themselves in the shape they came back in... That has put us in a position where, today, if you take their pure physicality, I think we’re at a good level.”

Hodgson went on to explain how the club has adapted training and explained what steps it has taken to increase the players’ fitness in line with the level required for competitive matches.

He continued, saying: “We’ve got Dr Zaf Iqbal who has done a fantastic job during this period of time, trying to make certain that the Training Ground is as safe as possible, which it is.

“His suggestion was that we work in two groups of 10, which we did, of three sessions... that was quite easy. We’ve even had a goalkeeper or two, so we were able to introduce the five-a-sides at the end, certainly get back to our passing practises, our shooting and the crossing drills; the type of things we like to do during a normal training week during the season. We’re getting back there.

“[Now] we’ve got the whole squad coming in together so basically we are back with the view to building up to the match in two weeks’ time, just working with the squad and training every bit in the same way as we would have done before the lockdown started.” 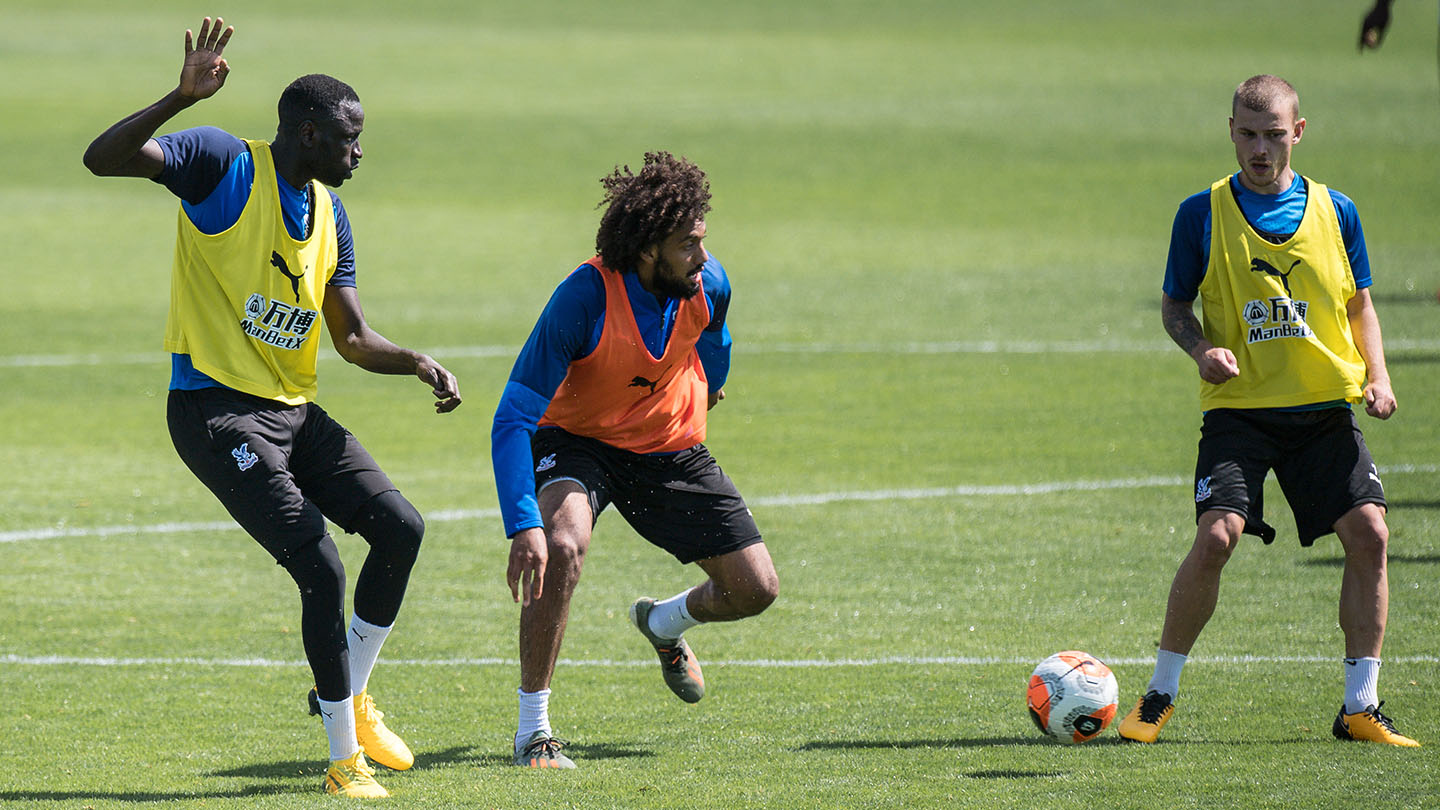 Hodgson then turned his attention to off-field matters, looking ahead to playing behind closed doors - an abnormal situation for any manager, but particularly one accustomed to the backing of the Palace fans.

“We don’t take our fans in any way for granted,” Hodgson stated. “The support we have both home and away is quite incredible really – it’s the lifeblood of the club. No question of that.

“It’s going to be hard for them, because they can’t really physically support us until such time as fans are let back in the stadium. But it’s good to know that they are there. Even though we can’t see them, even though we don’t have the benefit, raucous and vociferous support, we know that that support is there. We know it’s just waiting to be tapped into again when they’re allowed back in the stadium.

“We are certainly very conscious of every time we take the field and the players put on their Crystal Palace shirt, that they’re doing so for a fanbase which is really deserving. I can only assure them that that’s going to continue to be the case and to thank them of course for the support they have given us during the three years I have been at the club.” 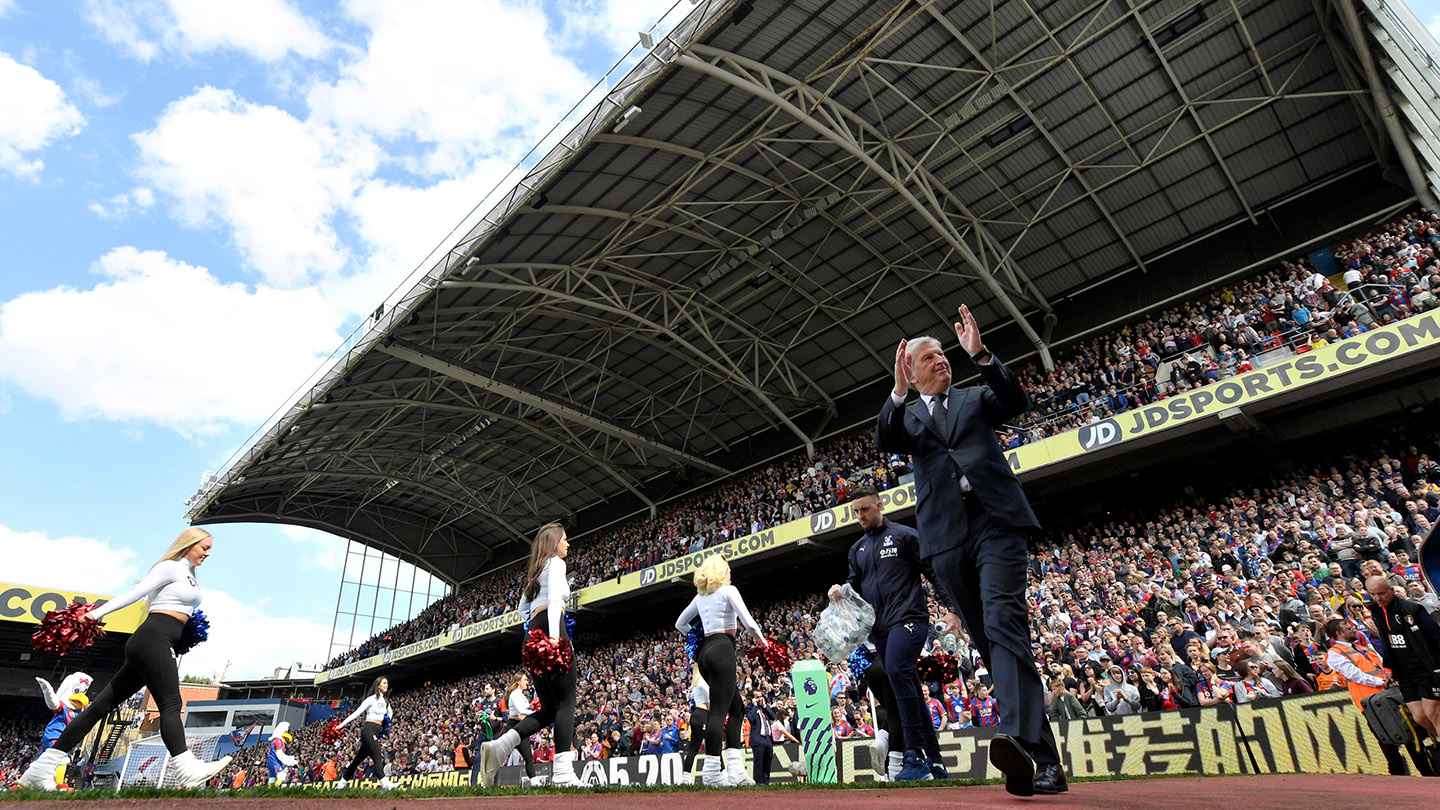 Hodgson ended with something of a rallying cry to the Palace support-base:

“The time will come when this will be a memory. No one can predict at the moment when that time is actually going to be. It’s been a difficult time for everyone to live through, there’s no question of that.

“Football fans, especially Crystal Palace fans, are going to be missing their club, missing their matches, but the time will come when it is a memory and they will be back on the terraces again, and we’ve got to make certain as a football club that when that day comes, we’ve kept our end up and we’re still working to try and consistently and continually improve, so that the product we’re offering gets better and better.”

READ NEXT: Benteke surprised by what Hodgson said to him in first training session