Luka Milivojevic cut a cool, composed figure after scoring a sensational free-kick against AFC Bournemouth this evening, reflecting with Palace TV on an eventful 90 minutes on the south coast.

The Palace captain began by recalling his early goal, which opened the scoring and handed the Eagles a swift advantage.

"Possibly one of the best [of Milivojevic's goals]. It was a good free-kick, 1-0, but I think the second goal was collectively a very good one. A lot of movement. Change the side, Patrick [van Aanholt] made a movement, drew the movement in the box, Christian [Benteke] on the front post.

"In the end, when you save your goal, keep a clean sheet, play well over 90 minutes - especially after a big break - you come away against a team really fighting to stay in the league at the moment, we know it will not be easy but we started very well."

For much of the Palace squad, the Cherries clash will have been their first competitive meeting played behind closed doors. But it wasn't Milivojevic's, and the 29-year-old used that experience to benefit the team.

"We played one friendly game against West Ham," he said, "but only one. We adapt, we know what to expect. We know we’re going to hear everything but you can use something like this to your advantage.

"You can help on the pitch, everyone can hear you, you can help your teammate next to you. You have to be positive, speak positive and in the end that’s an advantage. When there’s a lot of people, of course, we love to play in front of fans, but sometimes you can’t take the information [on board]." 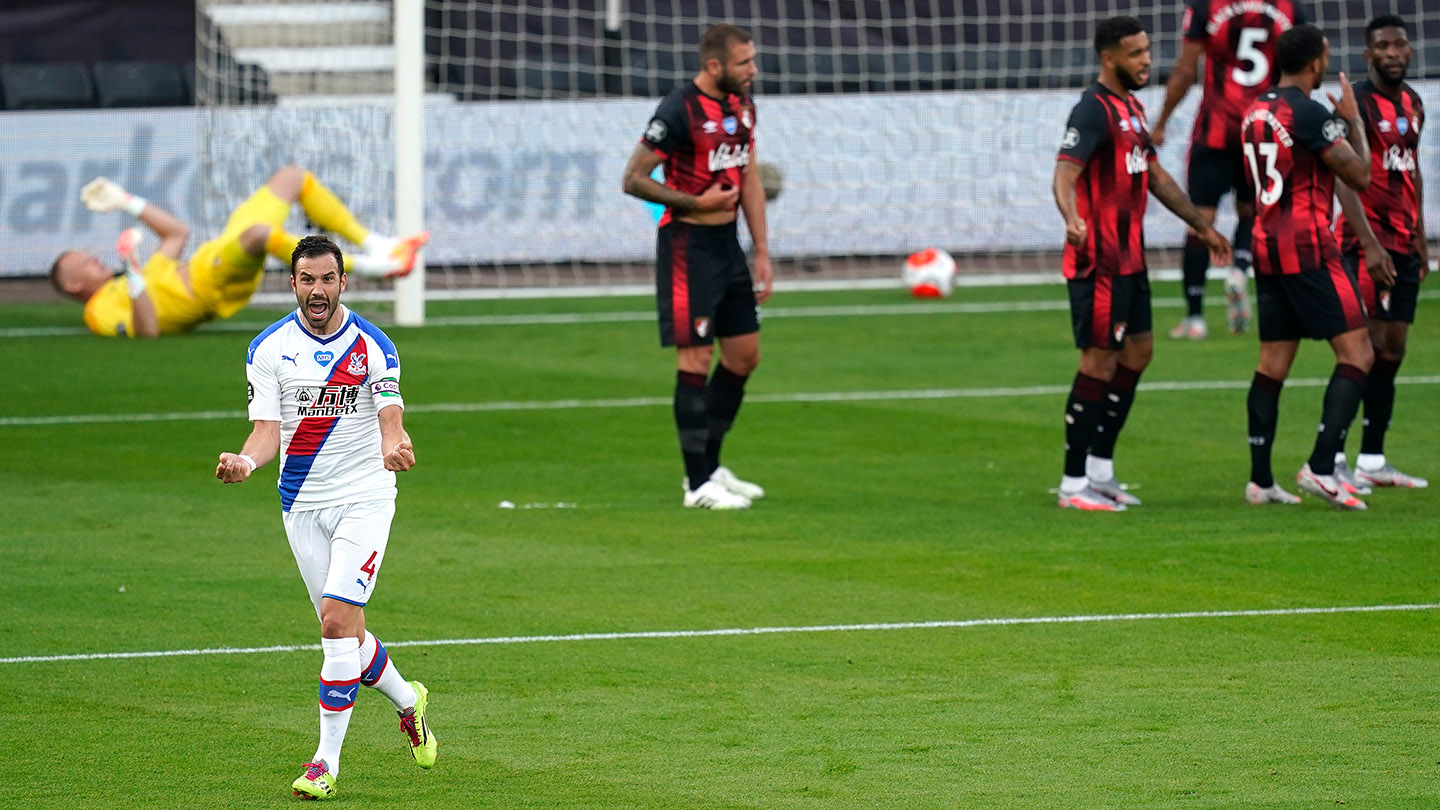 Finally, the Serbia international ended with a direct and ice-cold assessment of his free-kick. Was he more or less nervous without a crowd?

"The same," he said characteristically. "You’re in front of the ball, there is a wall, you try to put the ball in the goal. It’s the same as usual."

To hear more from Luka as well as James McArthur and Roy Hodgson, head over to Palace TV now! There will also be full highlights available for free and both managers' press conferences. If you're reading in the app, just click 'Palace TV'!

READ NEXT: Cahill reveals Milivojevic free-kick was a repeat from pre-match