How James McArthur is the key to Palace's success

Over the last few days, we’ve been reviewing the season so far for five of Crystal Palace’s most influential players, explaining their role in the last 29 matches and what to expect from them in the upcoming nine. Finishing up, Palace's driving force: James McArthur.

"I just go in and try to help the team by playing in any position," James McArthur told the Palace programme in 2018. "I’ll do it to the best of my ability."

McArthur's understated role in Palace's midfield has been apparent since his arrival in 2014. The Scotsman has been a consistent performer in his five-and-a-half years in SE25, and has come to earn acclaim as a result.

But few can appreciate the versatility of the driven midfielder.

"Under Alan Pardew I started to change a little and become more attacking, which I’d never done before," he continued. "When you’re playing all the time in an attacking role and you get used to it, you become more confident because the manager is continuing to show trust in you.

"Under Pardew I started playing in central midfield and then last year [2017/18] I got moved to the right." 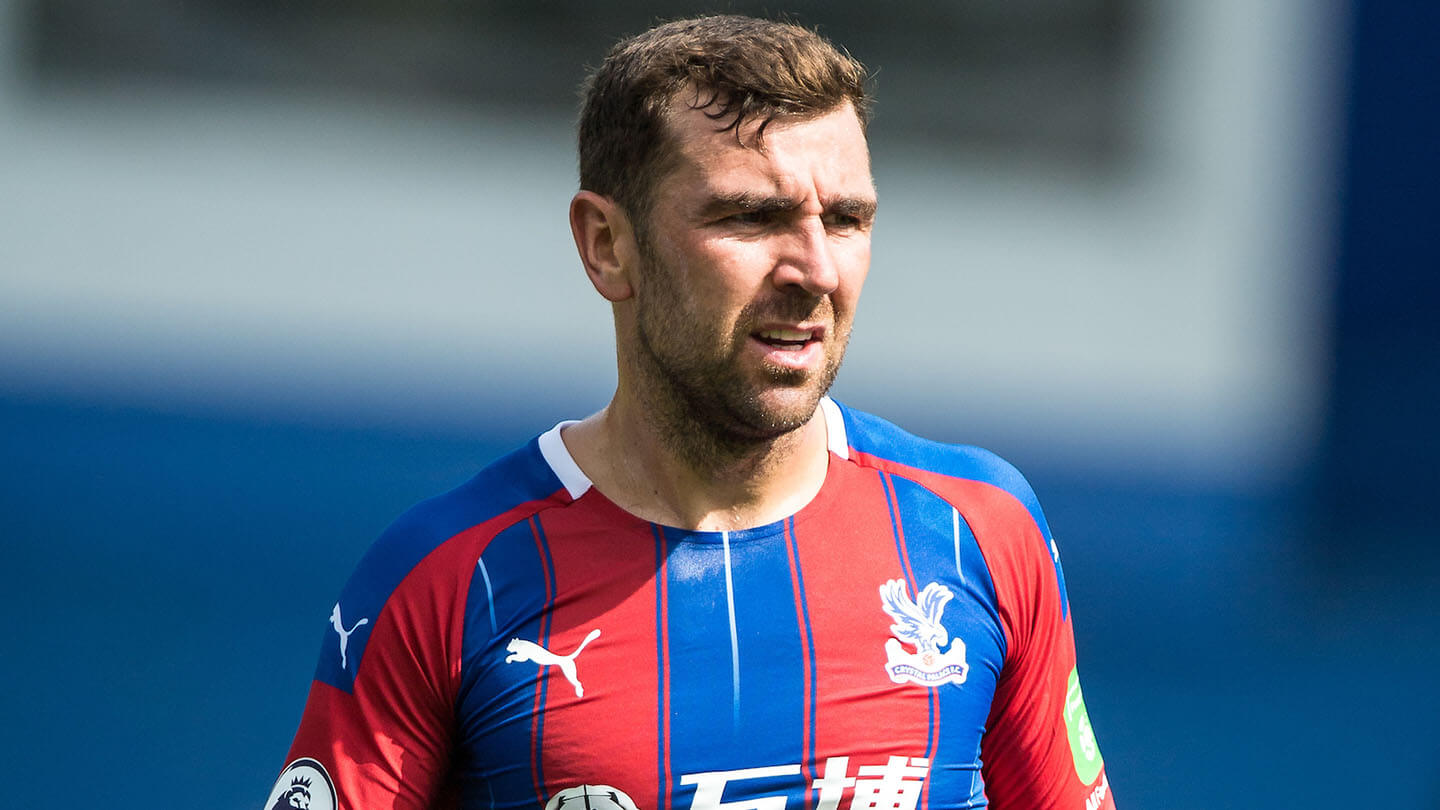 And over the last two seasons, there's been another change: McArthur the left-winger.

Looking at his heatmap for the season so far, McArthur plays across the park, which is only natural for an engine-room type midfielder. But in this campaign, the 32-year-old has been fielded further to the left than ever before, with his most occupied band of the pitch being the left touchline.

Dividing the pitch into six equal strips, McArthur's width becomes clear: he plays 27.1% of matches in the furthest left band, compared with 22% in his next-most occupied section (second from left).

Furthermore, the Scotsman is playing further forward, with his favoured positions being just in front or just behind the halfway line. All in all, he sits more in front (17.5%) than he does behind (15.5%).

This attacking intent along the left-wing is clearly bearing fruit, as McArthur and natural left-winger Wilfried Zaha sit level on the team's most assists - each holding three.

McArthur's other offensive statistics also highlight a hands-on midfielder going forward, with the Scotsman sitting high on most attacking stats. He's taken the fifth-most shots, with the sixth-most on target, and has made a direct contribution to the joint-third most goals.

It would be naive, however, to focus solely on McArthur's offensive involvement when the midfielder is such a key component for Palace across the board.

Indeed, his defensive talents remain crucial to the Eagles' success - and his squad-topping 52 interceptions and 68 attempted tackles highlight a centrality to Palace's nullifying midfield.

This centrality works all the way back, too, as not one player who has conceded at least 15 goals beats McArthur's minutes-per-goal-conceded record.

Indeed, when the No.18 plays, Palace ship a goal every 97.04 minutes. The next best ratio is Martin Kelly (96.7) and this then drops to below 90 for the likes of Vicente Guaita, Cheikhou Kouyate and Joel Ward.

It's very telling that Palace's heaviest defeat of the season (4-0 v Tottenham Hotspur) is the only league game McArthur has missed this season.

But, no matter how many stats or heat maps exist to prove McArthur's flexible talents, it is impossible to avoid the obvious: he succeeds because he is so consistent, and so relied upon.

Only one outfield player has played more league minutes than McArthur this season (Zaha), with the former Scotland international being a crucial cog in every Palace move. 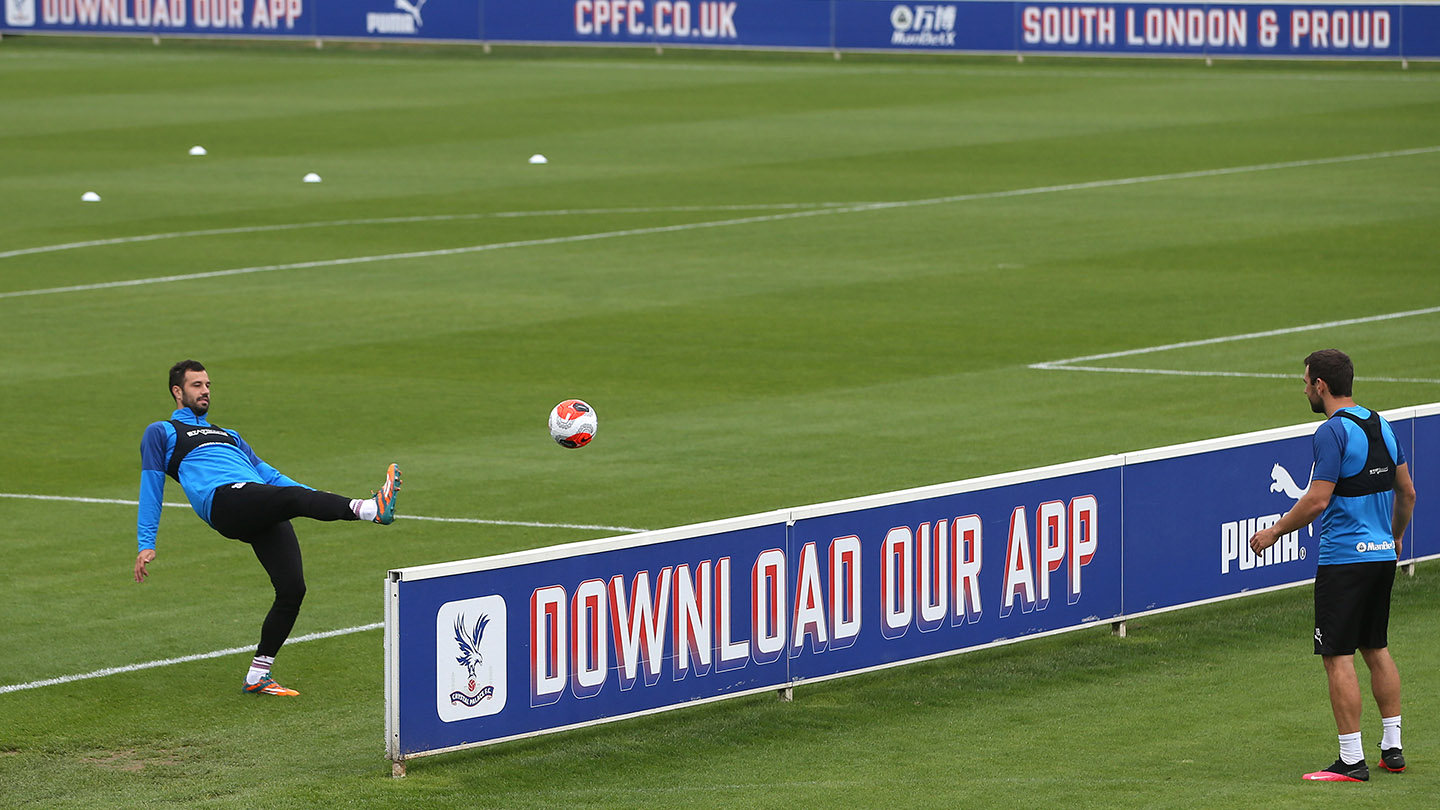 He has made the second-most passes and had the second-most touches across the entire squad. The team's reliance on McArthur has been greater this season more than ever, too: he'd been subbed-off in 13 league matches this time last season but failed to complete 90 minutes (whether not starting, not playing or being subbed off) in just nine this season.

Evidently, the more he plays, the more Palace need him.

McArthur may not have registered any goals this season or stolen headlines for theatrics elsewhere, but that's exactly how the midfielder likes it - and how he plays.

"I do much prefer being under the radar – in football and in life," he told the Palace programme.

"Headlines really don’t bother me. I’m here to play for Crystal Palace and help my teammates and my mates, and that’s my life. It wouldn’t bother me if I scored a hat-trick and Wilf or someone scored one and they get the headlines; that actually suits me."

That said, McArthur finished in the top three for the club's eToro Man of the Match votes on four occasions and came third in the ManBetX Player of the Month vote for October.

More vital and industrious performances from Palace's midfield engine. He may not be grabbing headlines over the coming nine games, but keep an eye out all the same: James McArthur will be crucial for the run-in.

READ NEXT: Unpicking the myth of Wilfried Zaha