Eberechi Eze has signed for Crystal Palace in an five-year deal, becoming the club’s second arrival of the summer 2020 transfer window.

The 22-year-old south Londoner puts pen to paper in a hugely exciting move that sees one of last season’s brightest prospects commit his future in SE25.

Eze made headlines by fully establishing himself for Queens Park Rangers in 2018/19, and last season scooped three club accolades as his name was fast picked up as one of the best in the Championship.

Here are the key moments from his career so far.

Eze spent his early years in football moving between various academies, starting at Arsenal, then Fulham and Reading, before eventually settling down with Millwall. At the Lions, Eze’s free-flowing and attacking football didn’t suit the club’s style at the time, and so he was let go in 2016.

He was trialled at teams across England - including Sunderland, Bristol City and Swansea City – but had begun to prepare for life away from football when a chance at QPR arose.

A regular in the south London cages as a youngster, the teenager captured the Hoops’ attention with his intricate ability and started on his path to a professional debut in August 2016.

Today, he looks back on those foundational footballing years and says: "I think any boy in London knows cage football is where you learn most of your football. That shaped me, it’s where skilful players thrive and learn what they can do. I try my best to take it onto the pitch, impress the fans and entertain."

Eze’s career moved swiftly at QPR, and just five months after signing, the teenager made his first-team bow in the FA Cup against Blackburn Rovers. Frustratingly, he was forced from the pitch in the 18th-minute with an injury, but wouldn’t have to wait long to secure regular professional football. 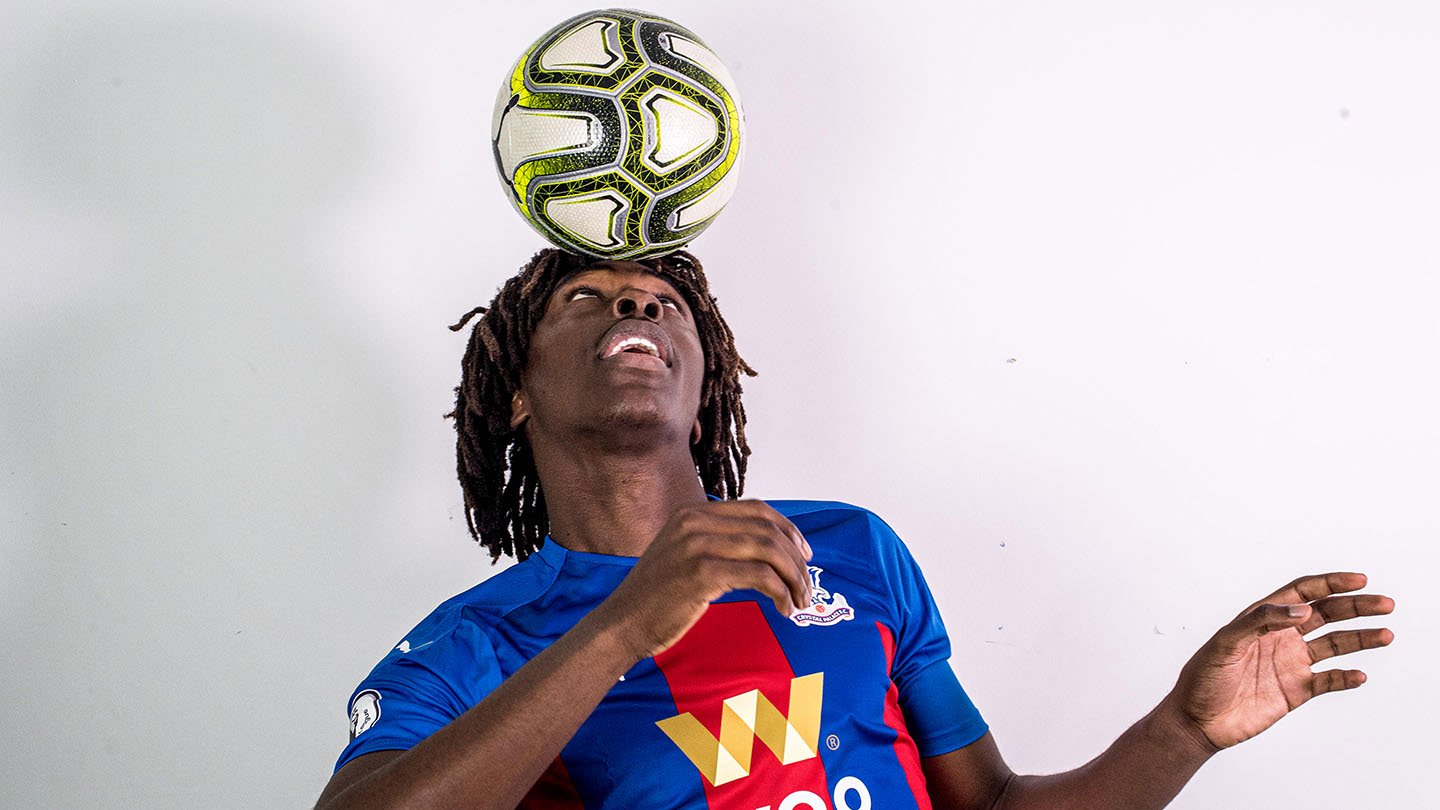 Eze embarked on a half-season loan to the Chairboys in August 2017, making his first appearance as a substitute in a 0-0 draw with Newport County.

From there, he became a key figure in their eventual promotion to League One – netting five goals from 22 appearances in all competitions.

In one stand-out game, the attacking midfielder bagged a nine-minute brace against Cambridge United. This secured the win in a 3-1 victory, with his first effort – a half-volley from outside the box – being nominated for League Two Goal of the Month.

His other goals came against Cheltenham Town, Crawley Town and Yeovil Town.

Upon Eze’s return to QPR, Wanderers manager Gareth Ainsworth said: "He's been outstanding. He's played a huge part in us winning some games and he's been that spark when we've needed him. He's still got a few bits to refine in his game but he's got everything to be a top, top player." 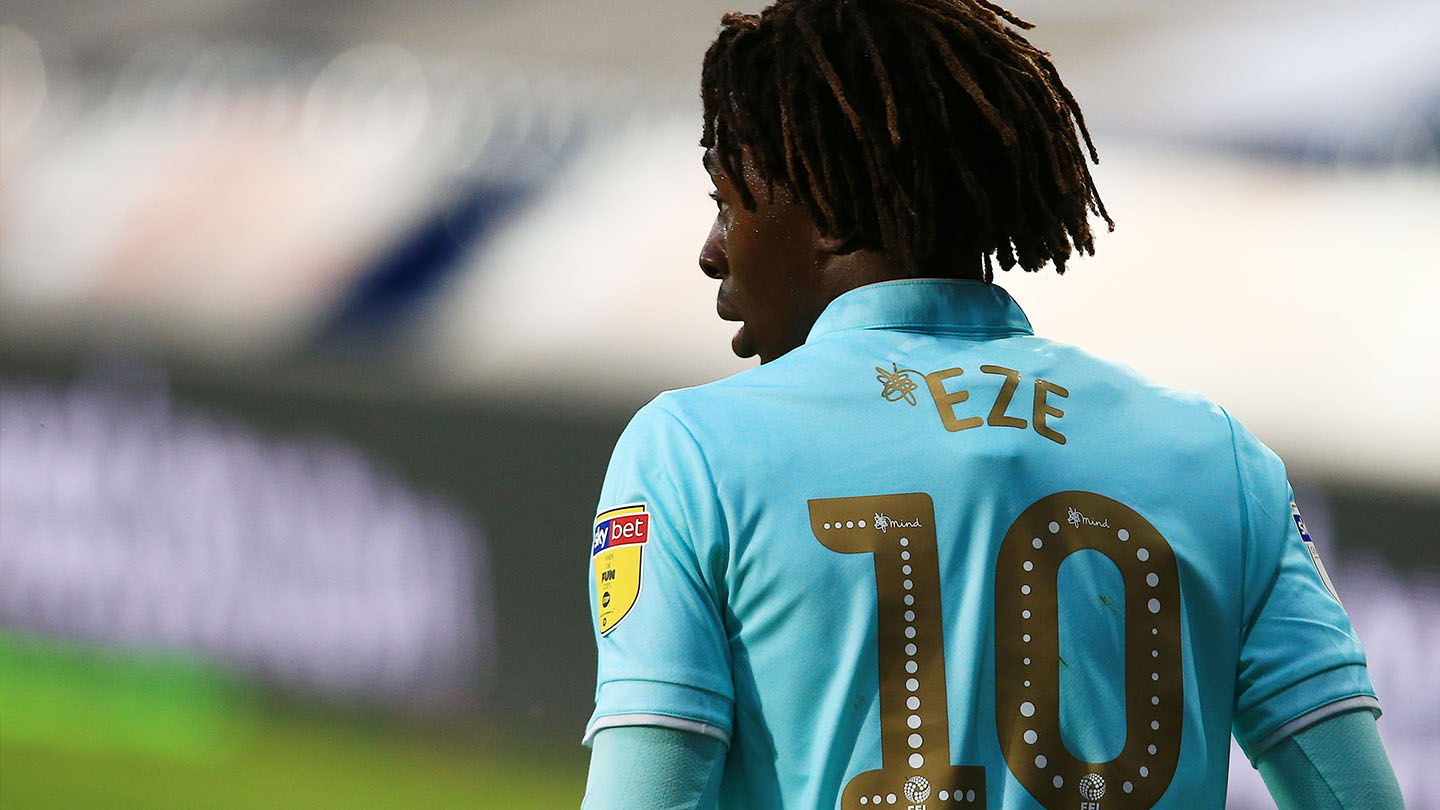 Return to QPR and step into the spotlight

Eze returned to QPR, his parent club, in January 2018 and made 17 appearances in all competitions for former Palace manager, Ian Holloway. His first goal for the west Londoners came against Sunderland in a single-goal victory and then his second was in a 4-1 triumph over Norwich City.

Having just turned 20, these performances earned Eze a three-year contract in summer 2018, the same month he received the No.10 shirt and a pivotal role in QPR’s side.

In 2018/19, the Greenwich-born talent featured an impressive 46 times in all competitions. His ability earned him a call-up to the England Under-20 squad in October 2018, making his debut in a 2-1 win over Italy.

Last season was by far the most significant in Eze’s career so far, with Palace’s latest signing bagging 14 goals and eight assists across 48 games.

His sustained, eye-catching form meant several Premier League clubs had Eze’s name on their radar and he drew high praise from QPR’s Director of Football, Les Ferdinand. Further recognition came with an England Under-21 call-up in September 2019, but Eze wouldn’t make his debut at that level until November – replacing Manchester City’s Phil Foden against Albania.

Success continued throughout 19/20, and Eze ended the campaign with the Hoops’ most league goals and most league assists.

In August, 2020, Eze opened a new chapter in his career by signing for Crystal Palace. The same week, he was again called-up to the England Under-21s for the Under-21 Euro qualifiers against Kosovo and Austria.