In an interview with Alyson Rudd of The Times, Luka Milivojevic has revealed his involvement in Premier League meetings discussing football's restart, his experience of a locked-down Serbia as a child and how empty stadia will affect his abilities from 12 yards.

With kind permission from The Times, the interview is published in part below - with the full feature available in today's (Friday, 29th May) Times.

These are unprecedented times for the captains of Premier League football clubs. Often regarded as holding almost a ceremonial position, they have been engaged in meetings with scientists, administrators, doctors and their peers to navigate a path towards the completion of the season.

Luka Milivojevic is the Crystal Palace captain and admits he has felt the weight of responsibility to make sure he accurately relates what happens in the meetings to his teammates.

“In this situation with this disease, this tough period, we’ve had a lot of meetings, which we never had in the past,” the 29-year-old Serbian says via our Zoom chat.

“It’s pressure; how are you going to transfer [relate] to the players what has happened in the meeting, the opinions of the other captains, but in the end, it is part of the role and I’m going to do it. I have to be very responsible, for my teammates, but the most important thing is that we fix all these things in our house.

“Most times I listen and don’t speak a lot. The meeting before the last one we had a lot of discussion about coming back to training with doctors included and the scientists and people from the Premier League, and that was one of the most important meetings because the most difficult topic was about when we start [to train]. 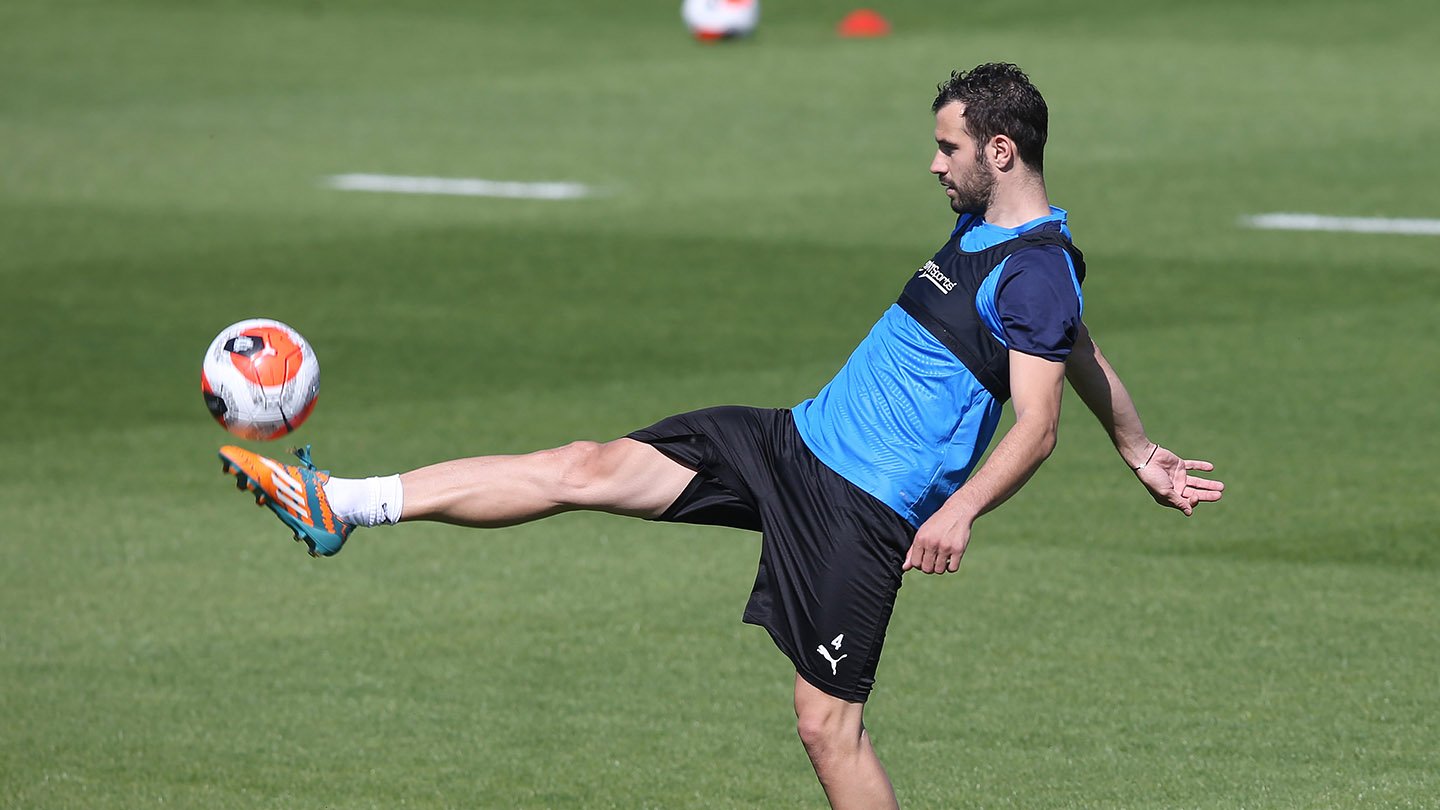 "Many people say if you are immune you can’t get it again and I was really keen to know what the doctors would say. They gave a reasonable answer about that, they said you can be immune for two weeks, three weeks, one month, maybe one year, we don’t know a lot about this virus but until they get a vaccine they think the tests they are doing at the moment twice a week will help a lot and is, for us, the safest option.”

Milivojevic has been watching the Bundesliga, especially Eintracht Frankfurt, in order to monitor the progress of Filip Kostic, the Eintracht winger, one of his closest friends as they both hail from the same town, Kragujevac.

“Kostic told me they love to be back playing football again but he thinks they put a lot of focus to make everything 100%, a lot of tests and maybe they don’t need so many tests, but that they are doing that for the players and he is very positive.

“Dortmund against Bayern was a quality game, just one goal but a lot of chances. You can see how they improve game by game [since the restart]. That adaptation. It is well organised. They do a lot for player safety.”

Milivojevic has played behind closed doors before, for Red Star Belgrade and Olympiakos, after fans were banned.

Given that he is famous for his penalty kicks, having scored 21 goals from the spot since arriving at Selhurst Park in 2017, will it be easier or tougher to take a penalty inside an empty stadium?

“We’ll see after this,” he laughs. “I haven’t taken a penalty in an empty stadium but I believe it’s much harder to shoot without people because when you have people in the stadium there is a lot of pressure but that gives you focus. If you don’t have that pressure, maybe you lose your focus, you relax a little bit and then in the end if you miss, nobody will go ‘aargh’. There will be no reaction from the crowd. 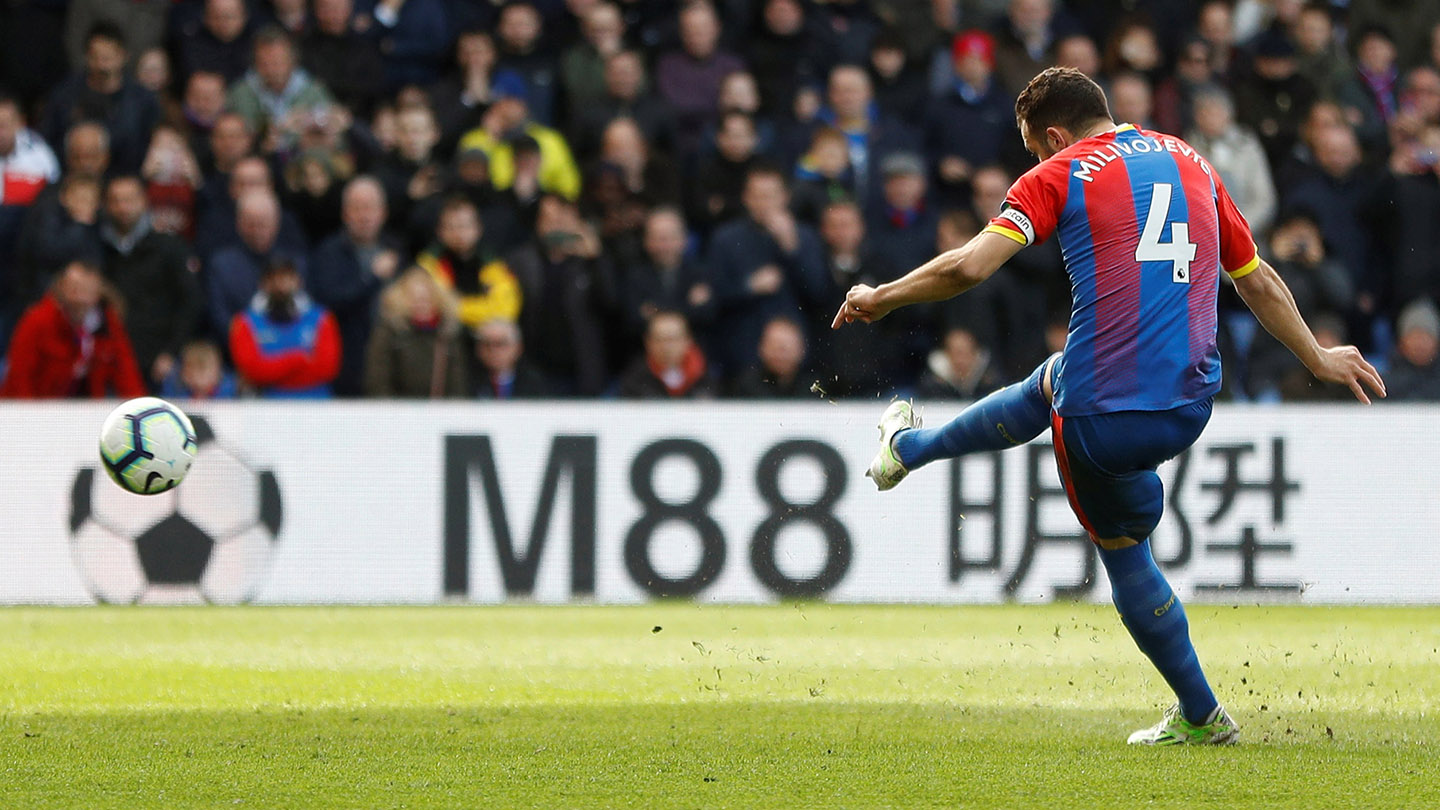 “It will be very hard to keep the same quality. People in the stadium, they push you, when you go for a counter-attack, they are screaming, they are loud, they push you to go forward.”

The Premier League has now advanced to Phase Two and Palace is among the clubs who started full contact training today, albeit with the advice to 'minimize unnecessary close contact'.

“A lot of players said: ‘I want to hug you but we can’t’. In this squad we are like a family. I see teammates every day. My family, I don’t see every day because I travel to games.

“At Palace I am in my third year and we don’t change the squad a lot, it is the same faces and then you don’t see them, after eight weeks you see them again and you cannot hug, you cannot kiss, you can do nothing, it’s really hard and uncomfortable but you can see their faces and the emotions.”

Once safety concerns were allayed, he says, the players from all clubs wanted to know about the nitty gritty of training.

“Most important for us as footballers was about how we are getting treatments,” he says. “Eight weeks we had been off and, ok, we train but it’s not the same as in a group on the pitch with coaches watching you and you get a lot of stiffness and you need massages or therapy.

“In the first phase, the social distancing meant it was not possible to do it. The training was tough. There is a lot of stiffness in your calves, groin, hamstrings, you need someone to help you and that was one of the main questions. Now in Phase Two there will be people to help us but I think they cannot help us for longer than 15 minutes.

“In Phase One the doctors did a brilliant job, we were tested twice a week, we feel really safe and don’t have any concerns at the moment and we are really looking forward to Phase Two.”

Much of the narrative as we enter Phase Two has been about protecting players, but do they not also have a responsibility to keep football safe by maintaining social distancing when away from the stadiums and training grounds?

“Of course we have a responsibility,” Milivojevic says. “A lot of people are watching you. We are trying to not have many connections, just with our families. If one of us is not careful, then there is no point [in everyone else abiding by rules].

“The doctors, especially our doctors, did an amazing job, they explained everything to us clearly and properly. We can give one of the best examples of an industry going forward. We have that power, we can show the people we can be clever, intelligent, we can do it for ourselves and for the people and show a good example. 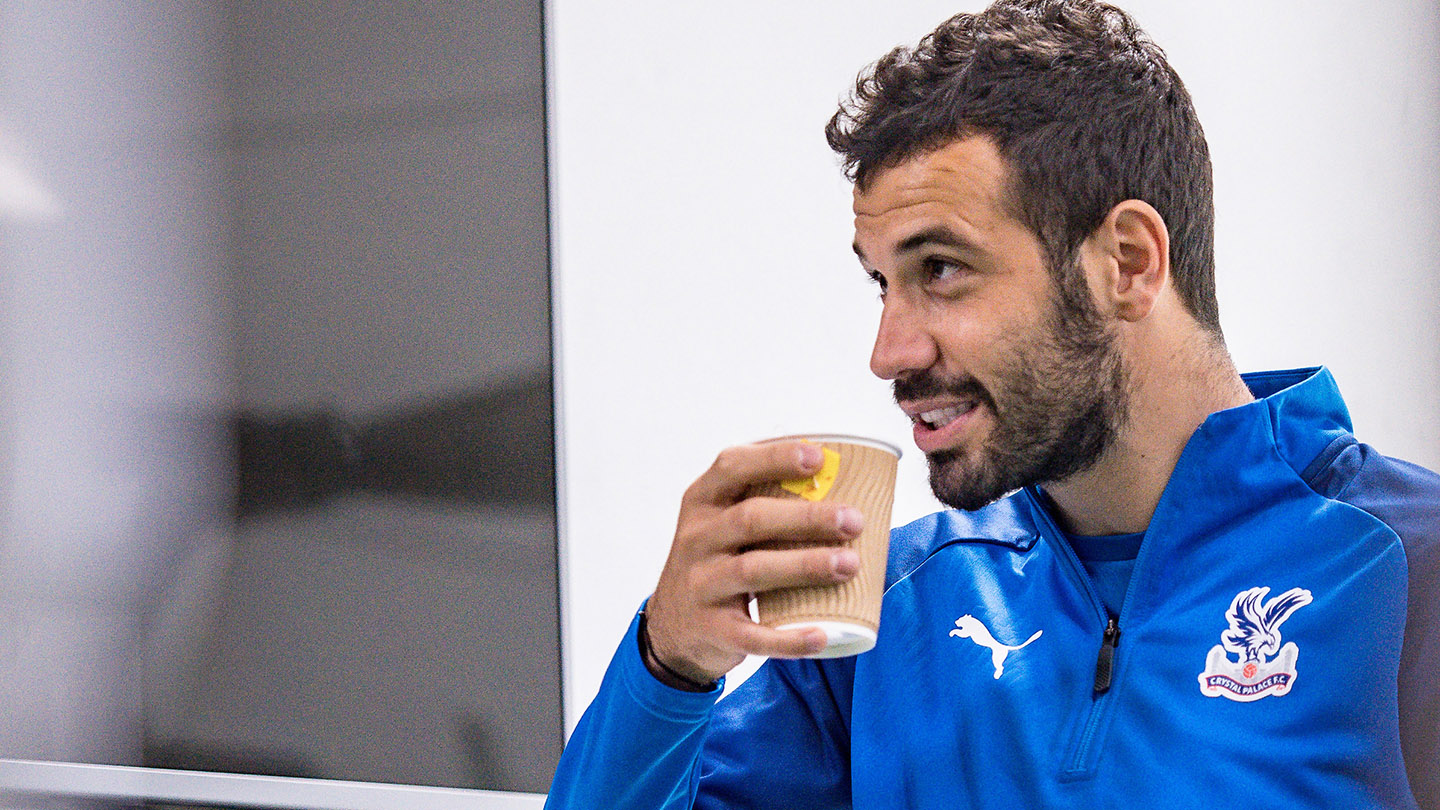 As a young child Milivojevic was caught up in lockdowns in Serbia and although he says you cannot compare war to the pandemic, coping strategies are similar.

“It’s all about how you set up in your head,” he says. “In Serbia our government closed life down from Friday to Monday, no food, nothing is open. Even in that situation, if you want to be positive, you think: ‘I am not in prison, I am with my family’.

“You can make fun in your house, then it is much easier. But there are people who do not have options, like the homeless, and we, as a team, did a lot for homeless and vulnerable people, our chefs preparing food for those (local charities and NHS frontline staff) who needed it.”

Milivojevic explains that although he is serious and intense on the pitch, off it, he is a heart on his sleeve type of guy and that it will be tough to remember not to celebrate goals properly.