Clyne: Home advantage will be crucial against Arsenal

Nathaniel Clyne says the Selhurst Park crowd will be a crucial factor as Crystal Palace aim to go one further than their last meeting with Arsenal by taking all three points on Monday night.

Patrick Vieira’s side face the Gunners in south London for the first time since a 94th-minute equaliser denied them all three points at the Emirates, after Odsonne Edouard and Christian Benteke looked to have sealed a famous victory.

“We’re at home, so we have the home advantage,” Clyne told Premier League Productions. “It was disappointing in the last game after playing so well and conceding in the last minute.

“We could take that confidence into the next game, and hopefully we come away with the three points.

“Every time I step on the field, I give my all for the team and the fans, and try to do my best. I’m back here at Palace and I’m enjoying it – playing in front of the home fans is amazing.”

Clyne says Palace’s first season under Vieira has been a positive one, a sign of the respect the squad have for their manager.

“It’s been a good season,” he said. “You can see that we’ve been playing good football and we’re getting good results. We probably could have got more points because we concede a lot of goals late on in games, which we’re disappointed about.

“But overall it’s been a good season, and we’re looking forward to the last nine games and the semi-finals of the FA Cup.

“[Vieira] has come in and done ever so well. He’s got the team performing really well. He makes it clear on how he wants us to play against different opposition, which is really good, and he has the respect from the players for everything he has done in his career.

“It’s definitely exciting. Obviously when a new gaffer comes in, everyone wants to impress and to show they are worthy for a starting spot.”

Clyne was also positive about the new arrivals in the playing squad, two – Marc Guéhi and Conor Gallagher – having been called up to the England squad over the break.

“As soon as they came in, I knew that their ability would show on the pitch,” he said. “They have shown that.

“They’ve come in, they haven’t looked out of place at all and they’ve done really well. They’ve merited international call-ups and it was fully deserved.

“It’s very good to have them on our team.”

With an FA Cup semi-final to look forward to as well as a potential to finish in the Premier League top-half, there is plenty to play for as the season reaches its conclusion. 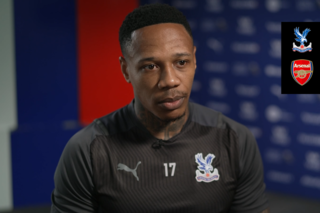 “We just go out and perform to the best of our ability, no matter who we’re playing against,” Clyne explained. “We’re always going to try and put our stamp on the game, and try to play our best.

“We try to get our three points. We will continue game by game, try to improve and do our best.

“There are still a lot of points to play for. We’re in a very good run of form at the minute, unbeaten in six. We’re looking to push on and finish the season well. [Top-half] is a possibility but we’ve got to take it game by game.

“It will be a good day at Wembley [for the semi-final], especially for the fans to take the short trip to Wembley. We’re looking forward to it. It’s going to be a good game, although not an easy one obviously because we’re playing against the European champions.

“If we play our normal game that we can do, we have a good chance of progressing in the cup.”