Patrick Vieira says it is up to Michael Olise to make the sacrifices needed to fulfil his potential, after the young winger’s barnstorming performance against Millwall last weekend.

Olise scored the equaliser and set up the winner at the Den, and could face Brighton for the first time in his Palace career on Friday night.

“He keeps doing what he’s doing since he joined the football club,” Vieira said in his pre-match press conference. “In his previous club, we heard a lot about his desire to improve as a player. 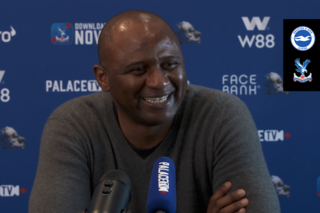 “His work ethic has always been fantastic. We need to give him time to keep developing himself. When you look at the two halves against Millwall, the first was really difficult to find the space, but the second was much better.

“He needs time to have that experience. The potential – he’s shown how good he can be.”

Olise’s performance was eye-catching – he was voted the FA Cup Player of the Round for his display – but the manager revealed that the hard work is only just beginning.

“In the second-half he had a really good game, but I like to look at the full game,” Vieira explained. “In the first-half it was quite challenging for him. We know the potential is there, and on the training field he will have time to develop himself.

“What is important for him is to keep working hard in training and playing games to keep developing himself. It will be up to him about how hard he is going to be prepared to sacrifice to fulfil that potential. 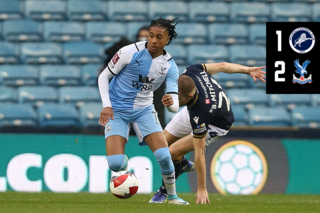 “We will give him that support as a football club, as a manager, and he will come [good], there’s no doubt about it. He is a player that wants to improve, and we have to keep demanding on him because he wants to perform.”

With Wilfried Zaha and Cheikhou Kouyaté away at the Africa Cup of Nations, Olise could stake a claim for a starting berth during the winter period.

“This is a good period for them to have some time to show that they want to take part in the project of this football club,” Vieira said of his squad. “These are young players. You saw Michael’s talent against Millwall, and [Eberechi] Eze is coming back from injury and now is fit to start games and play.

“We have different options to play and to start – in midfield Will Hughes is getting better and better.