What Palace can learn from Villa's last game

Aston Villa fell to a 3-0 defeat at Manchester United's hands on Thursday evening, their last game before facing Crystal Palace.

Before the Eagles take them on at Villa Park, here are three key takeaways from the Red Devils game worth watching.

Villa preferred to allow United time on the ball on Thursday, dropping back and seeking to hold their collective shape against the Red Devils.

This can result in preventing an attack from building, as teams seek to pass their way into an opening once the defending side lose shape. If the defending team maintain their shape, then, they frustrate their opposition into holding possession but doing little with the ball.

However, as much as United were content with passing at a steady tempo in Villa's third, their confident, attack-minded players were equally happy to go it alone and run direct at their hosts.

This appeared to unsettle the home defence, who dropped collectively rather than standing their ground, allowing United's talented frontmen to force openings and bring play higher up the pitch - closer to Villa's goal - in one-on-one charges.

The Villans' defensive reticence is reflected in the stats, with the hosts conceding just seven fouls to United's 13, despite United having 65% possession and enjoying the majority of attacks - when, naturally, a team does not need to regain possession and, in turn, give away fouls.

This could benefit players such as Wilfried Zaha - famed for his direct drives at defenders - and Andros Townsend, who can enact equally threatening bursts at a retreating opponent. 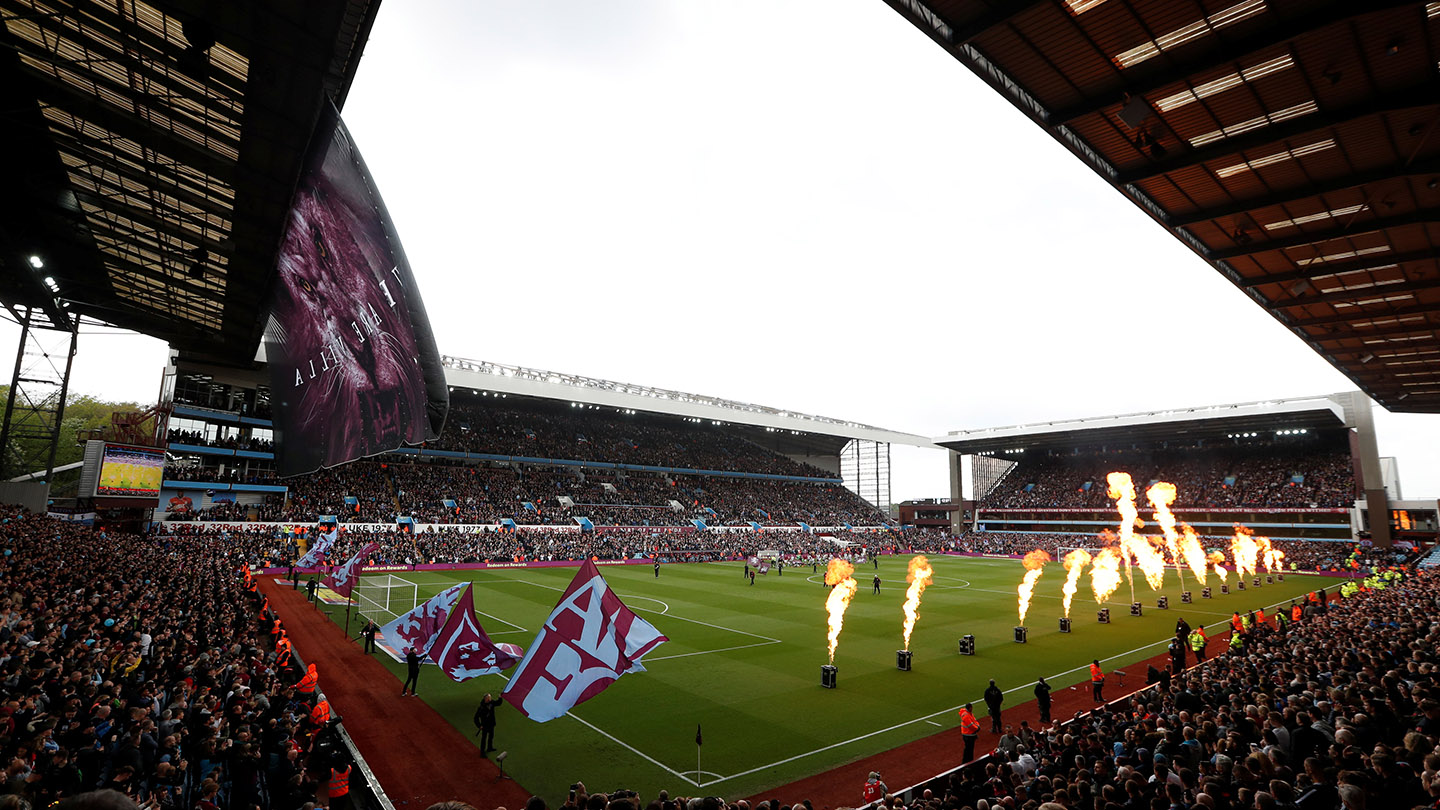 Whether it came from fatigue or the above reluctance to take attackers on directly, Villa allowed United far too much space on Thursday evening.

Two of the Red Devils' three goals came from shots outside the box, with Mason Greenwood and Paul Pogba allowed to shoot from similar distances after composing themselves and capitalising on the openings in front of them.

This was perhaps clearest when Anthony Martial and Greenwood made six touches in four seconds between them on the edge of Villa's box. This luxurious space in such a danger zone allowed Greenwood - and, later, very similarly, Pogba - the time to look up and perfect a smart effort at goal.

But Villa weren't caught off-guard like this just twice, and instead allowed Greenwood the space to attempt a shot shortly before he scored, too. This first time saw Tyrone Mings and Douglas Luiz pressure the teenager rather than challenge him directly. It only took two of such instances for Greenwood to punish his hosts.

Villa's defensive struggles are self-evident in conceding the most goals in the league this season. But their offensive talents are notable, too, having scored more (36) than six other clubs this season - level 13th in the league despite sitting 19th in the table.

Against United, Dean Smith's men began the game on an equal footing, enjoying a handful of early chances through Jack Grealish and Trézéguet, with the latter striking the post.

Villa's approach in the opening exchanges appeared to be to shoot on site, with John McGinn also trying his luck from distance. Their 10 attempts fall short of United's by just three, but one shot on target pales into insignificance compared with six.

Villa's profligacy has seen them net just twice from six games following the restart, but if their approach remains the same, Palace's shot stopper on Sunday will have to remain alert to the inevitable efforts hurtling in his direction.