Zaha: I can still push to double digits

Speaking with Premier League Productions ahead of his first competitive game in 105 days, Wilfried Zaha expressed an exciting prospect for Crystal Palace fans: hitting double digits before the season ends.

The 27-year-old - who has bagged seven, nine and 10 league goals in his last three seasons respectively - explained that his goal for the season now is the same as it was seventh months ago.

"I don’t feel I’ve had the best of seasons," he reflected honestly. "I feel like I should have scored more goals. But I still feel like I can make that right. Nine games left, give it a big push really. My own goal was to get double digits this season, and I still feel I can do it by pushing myself."

But Zaha's task is a tricky one: the Ivorian has three league goals to his name this season and nine games left to net seven times.

His goal will also be affected by football's dramatic change following its suspension.

"It’s going to be weird," he said, "because obviously they [the fans] make such a difference for us. But I feel like we’ll just have to dig in deep, do what we have to do, work for each other. We won’t have the fans cheering us on but we’ll have to work our way through it. 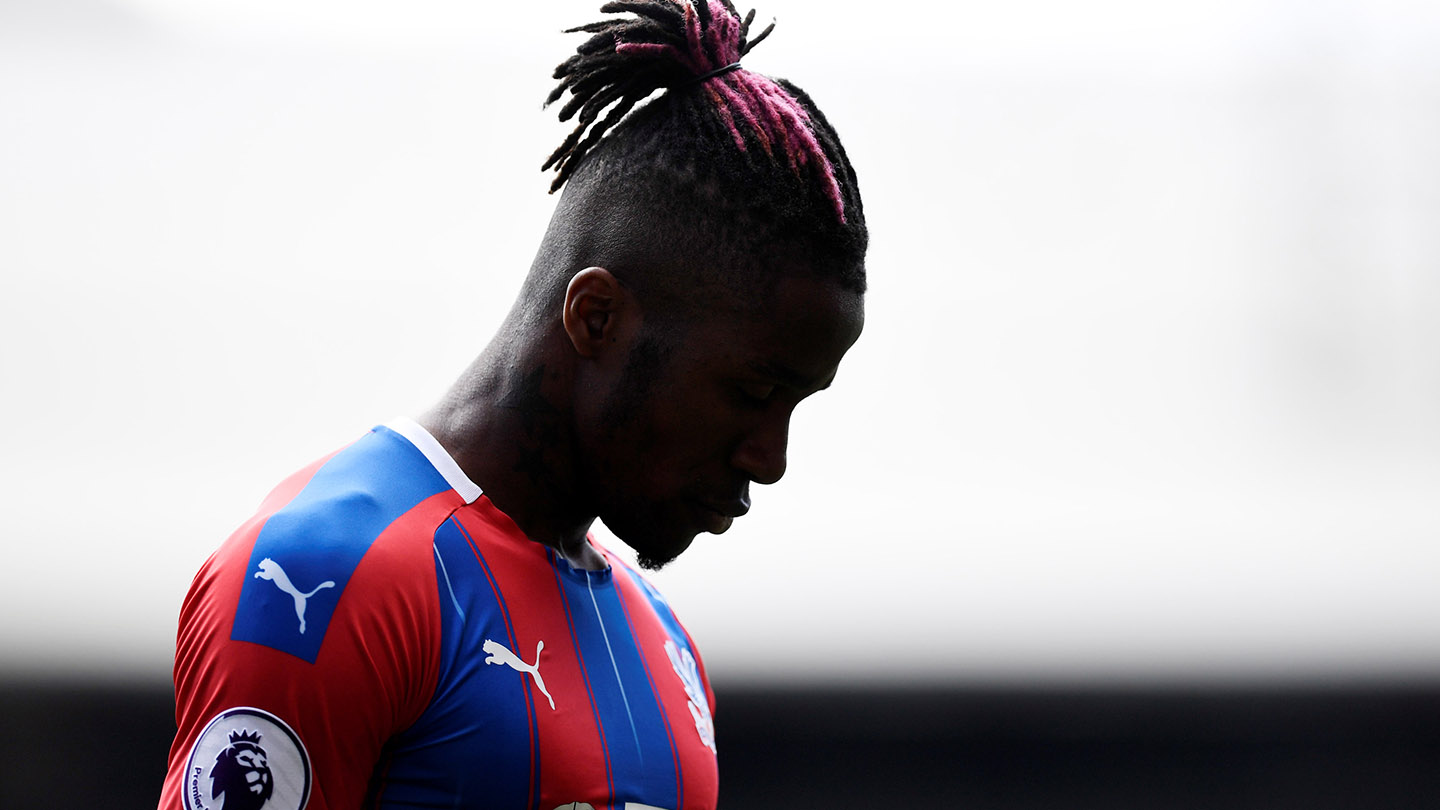 Football may be changing, by Zaha is typically focused regardless. He has the blinkers on, he says, and is ready for a challenge tomorrow against AFC Bournemouth.

"Sitting at home thinking: ‘Are we going to play football again?’ is the maddest feeling. I’ve never had that in my whole career. It’s given us time to sit down and reflect and now we’re back doing what we love. We’re raring to go, man.

"It’s just like: everyone, get out of this mindset, put everything aside. Because people are moaning about so many different things: social distancing and this and that. Forget all about that. Everything starts on Saturday."