On International Women’s Day I think it’s important to celebrate and share the stories of influential women around the world.

When I look closer to home, as a woman working in football, I am proud of what I’ve been able to achieve and the experiences I’ve had in my career so far, whilst getting to work alongside so many other influential females during this time.

I have worked at Palace for Life Foundation since 2015, where I began as a Football Development Officer working on the Premier League Girls football programme. It was a role that I loved as I was able to go into local schools and grassroots clubs to inspire women and girls into playing and coaching football.

One of the main highlights of my career so far is the opportunities I’ve had to travel the world. My favourite was living in Oman – on my own! It was scary, going into something that was a complete unknown for me. But it was one of the best experiences of my life!

Since working at the Foundation, I’ve had so many experiences such as travelling to India to deliver a Premier Skills Programme, and visiting South Africa for a Premier League Live event!

Travelling the world aside, my favourite part of my roles in football is that I’ve been able to create brand new opportunities and inspire the next generation of women and girls to get involved in football and sports.

Through this, at Palace for Life I have been able to further my career, becoming a manager and the Women and Girls Equality, Diversity and Inclusion Lead.

At the Foundation and Crystal Palace F.C. I find myself working alongside a number of inspiring and influential women every day. I spoke to some of them to find out more about their roles at the club and their experiences of being a woman working in football.

Sharon Lacey – Director of Operations for Crystal Palace F.C, in this role for three years, but has been at the club for 10 years.

Raya Ahmed-Sakhi – Palace for Life Foundation Female Engagement Officer, has been at the Foundation for a year and a half. 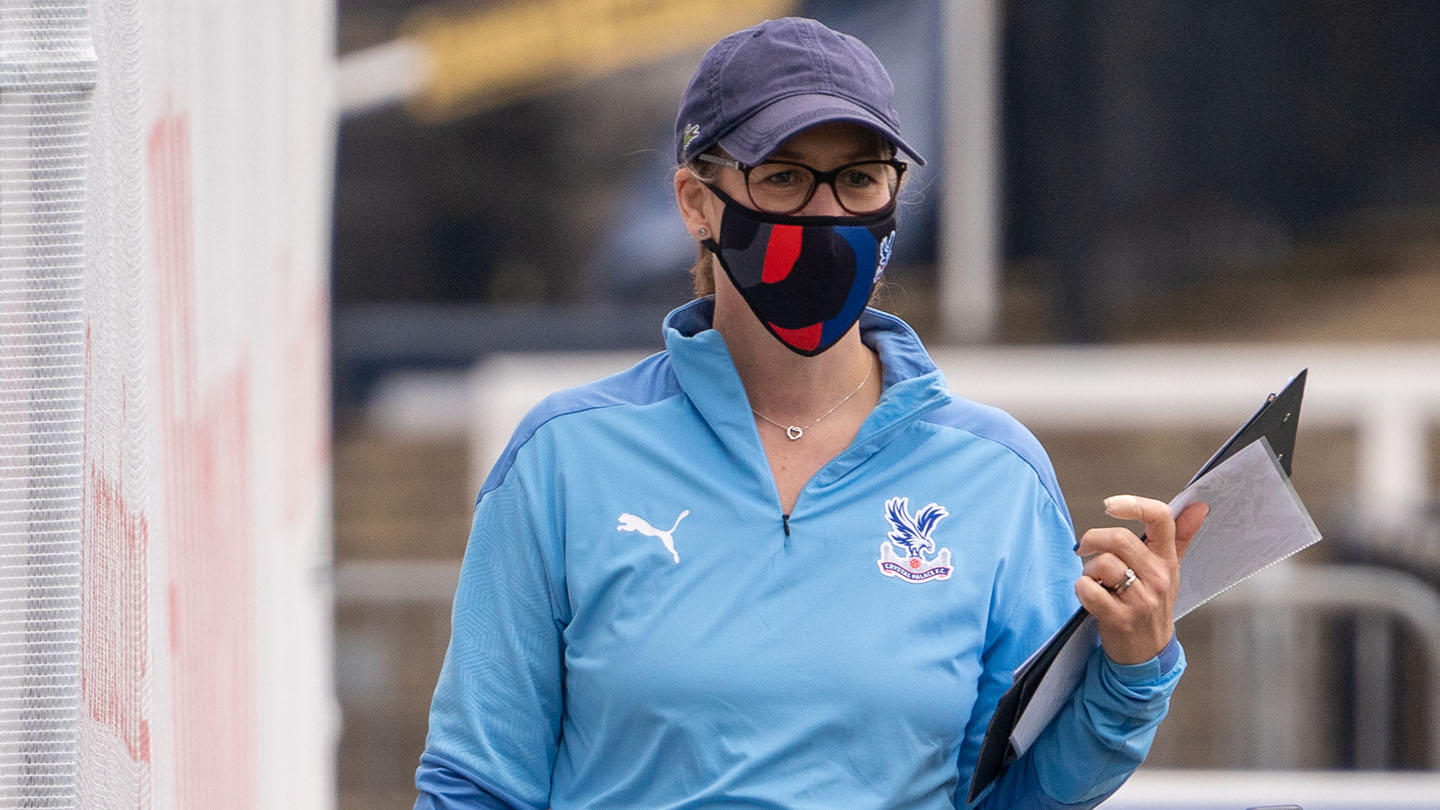 Q: What challenges have you faced working in football?

SL: As with most industries, there are many challenges, and for me the main challenge has been introducing change. The operations side of football is often a male-dominated environment and run in a similar way for most clubs, with the same people doing the same things for many years. As such, there is a struggle when trying to introduce change and new ideas.

AF: As Head Chef, I consider my role in football a support one. There are many challenges, but I’d say the most common for me is the communication and understanding the different personalities that make up my team.

RAS: The main challenge I’ve faced is coming across as confident whilst coaching, whilst making sure everyone is enjoying the game or activity they are taking part in. This can be challenging as everyone has different abilities and enjoys different aspects of playing.

PJ: The challenge this season has definitely been COVID. We are lucky we are still able to train and play but this has brought its own headaches, making sure everyone adheres to the protocols enforced. Pre-COVID the main challenge has been trying to communicate the women’s football brand to new fans and enticing fans into the ground without compromising the game.

Attracting the right partners is also challenging. Presently we don’t have anything commercially to sell that would attract potential sponsors. The sponsors we have attracted are those that have come and seen the club, met the players and staff, and want to be part of our ethos and ambition.

Q: What do you enjoy the most about your role?

SL: The best part of my role is actually seeing the impact I can have. When I walk around the stadium and see the improvements to the site it makes me feel proud, like I’m actually leaving my mark behind.

The stadium will outlive me and generations of fans will visit for many years to come, maybe one day in the future someone will look at something and think 'that’s cool', and maybe it will be something I did.

AF: I love the excitement of an impending matchday. When everything all comes together on the day, and the team have been successful – that’s when I’m most satisfied.

RAS: I enjoy the rewarding aspect - when girls have enjoyed the session, are having fun and find passion in the game. This is really motivating and reminds me of why I picked to be in this role.

PJ: I must admit I enjoy game day the best! It’s also the day a dread most too! I get so nervous before a match I almost can’t watch. No two days are ever the same either, I could be in a call with the FA in the morning, then testing with the players in the evening.

Q: What’s your biggest achievement in your current role?

SL: My biggest achievement is hard to pinpoint as there have been many successes for our whole department and I am proud of each one. A particular highlight to me was ‘Visit Football’, in the 13/14 season we were assessed on all areas and placed bottom of the league for match/stadium experience, staff, customer service etc.

The Chairman asked me to take over the project and as a department we worked hard on this each season which resulted in gaining higher places each year. The last season we were audited (pre-COVID) and we placed second which was truly a wonderful result and testament to the whole team, especially as we are an old stadium. So to beat some of the best stadiums in the league was truly something for us all to be proud of and we are aiming for first place next!

AF: I would say it’s mentoring my apprentice, Lauren. She’s grown from a hesitant teenager to a chef who can confidently manage her own section.

RAS: My biggest achievement is coming out of my comfort zone and pushing myself constantly to try to be better every day. My biggest highlight was taking the girls to AFC Bournemouth and hearing about how much they enjoyed playing a fixture against them and watching a Premier League game.

This is one of my achievements as it was organised in a rush and was the first time I had done such a thing, yet it ended the day with the players extremely happy.

PJ: I haven’t achieved it yet, it's a long journey. Initially it was financial stability, then to play my part in building a great club to play for at all ages.

Q: What advice would you give to other females looking to start a career in football?

SL: I think it’s important that you remain confident in your abilities, do not feel like being a woman is a hindrance. There is a stigma that you must be ‘into’ football or know everything about the game. It’s not true - transferrable skills apply to all industries. Go for it, football needs more women!

AF: To any women in a field as challenging as this, I’d say to believe in yourself. Your niche is out there.

RAS: I would definitely encourage it and tell them to ensure they take any opportunity they can. Keep pushing yourself even if it feels uncomfortable and focus on the quality of your work rather than the quantity of people that attend your sessions.

Be sincere in your approach, think of the reasons as to why you want to start a career in football and always remember them to motivate you when it comes to work. Remember you’ll always be learning, just try your best and just like you’d want the players to have fun, remember to be at ease yourself too!

PJ: Just go for it! There couldn’t be a better time to enter into an arena such as football when the focus is so much on equality, inclusivity and diversity. Don’t be shy. Yes, it may well be hard but that’s what shows your true character and from that you can only get stronger.