Crystal Palace footballers Wilfried Zaha and Ashlee Hincks have received the PFA Community Champion Award from Palace for Life Foundation for their work in the south London community over the past year.

Zaha, who grew up in Thornton Heath, has been a stalwart supporter of Palace for Life’s incredible work throughout his time with the club.

Over the last year, he has helped them relaunch their Premier League Kicks project, met with mentors in their Divert programme and visited primary and secondary schools with the Foundation.

Palace for Life CEO, Mike Summers, announced Zaha’s accomplishment as the first-team's Community Champion, saying: "[Zaha] has done so much for us in the last 12 months.

"Whenever he walks into a room, into a classroom or an assembly, the kids just go crazy. He’s a real icon, he comes from this community, he went to school just down the road at Whitehorse Manor. He’s a really inspirational person and we’re grateful to have his support."

Adding another accolade to his list of charitable awards, Zaha himself told Palace TV's End of Season Awards show: "I’ve said before, I’ve managed to get to this platform and always felt like I needed to give back to less fortunate people. 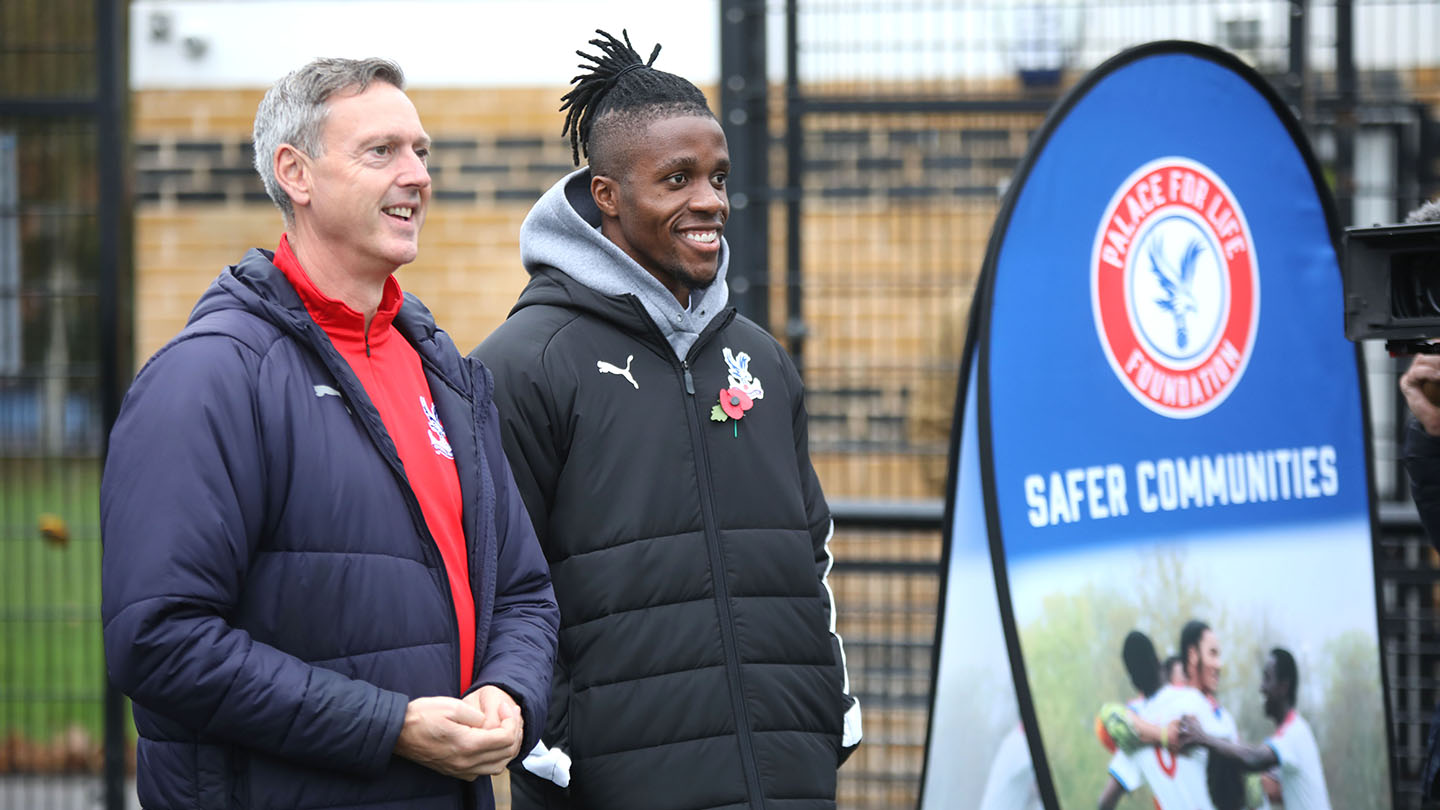 "It was just nice to see so many activities and the kids have to pay like a pound for the year [at Premier League Kicks]. It’s so nice to see that they’re given an opportunity to get out of their house or get off the streets and just do whatever they want.

"Another thing, in the police station, where the police basically work with Crystal Palace with any kids that come in - when they’re in the cell for a couple hours to calm down or wait, there’s a member of Palace for Life who goes in there and talks to them about what they want to do with their life.

"That’s massive because during that period you’re thinking there’s no way out. Someone coming in that’s not obviously dressed as police… offering you a chance to do something you want to do, I feel like that’s massive." 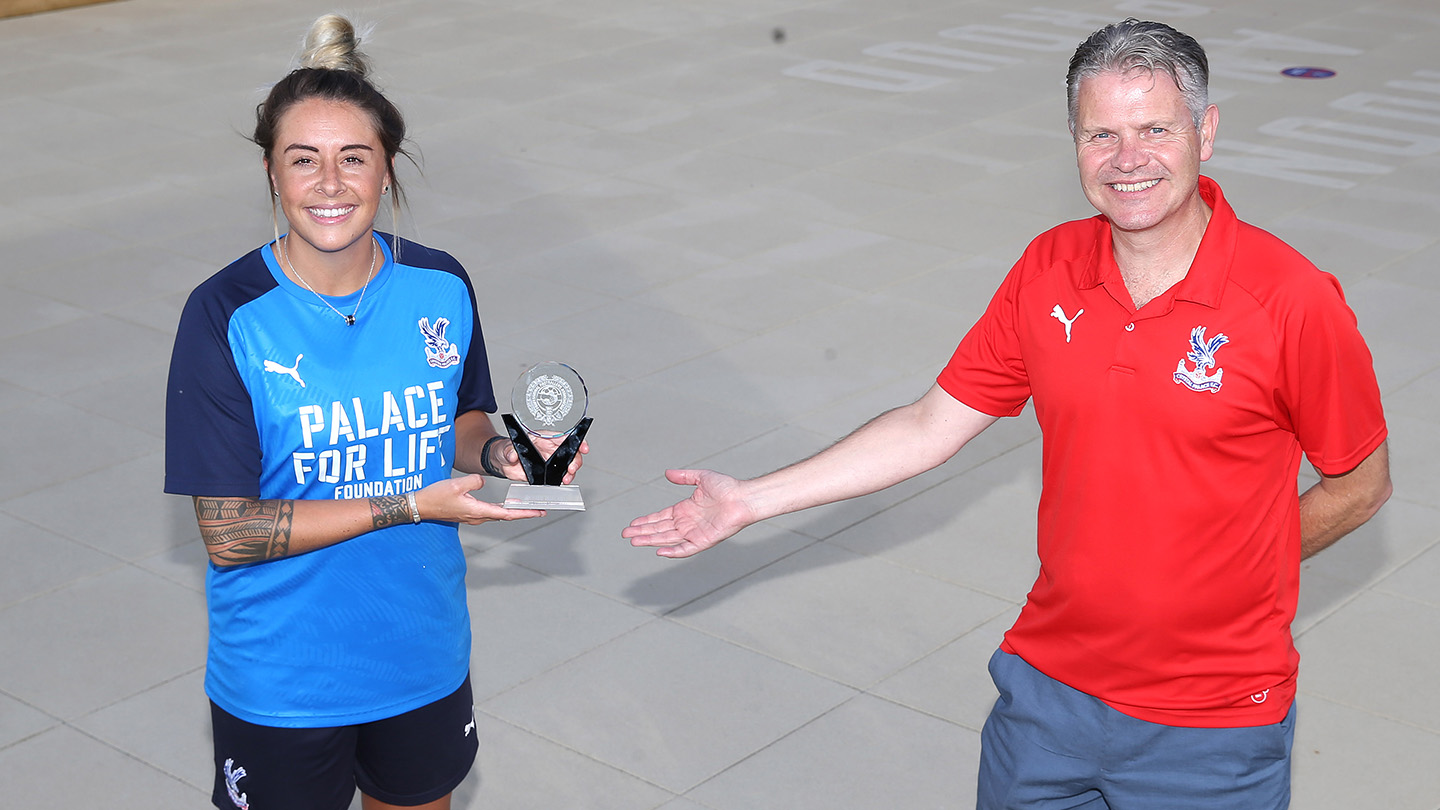 Another recipient of the award was Palace Women forward, Ashlee Hincks. Hincks has been injured throughout the season but has committed her time to supporting the Foundation and Palace’s local community, earning her the Women's Community Champion accolade.

"[Hincks] has been a fantastic ambassador," Summers said. "She came along to one of our Down's Syndrome events with Roy Hodgson when it was featured on Match of the Day and has also been down to some of our activities with girls’ football events and Soccer Schools.

"She’s always a very positive presence, always smiling and she’s a really brilliant model for young girls looking to make their way in life, be it in sport or elsewhere in their careers."

Hincks added: "It’s always important whilst you’re playing for a club such as Crystal Palace to get out in the community, let people see you and interact with them. It’s just something that’s always good to do, to get involved with everyone.

"The DS Eagles stands out as a highlight. It was a really good evening, obviously Roy Hodgson came down. All the kids were in such great spirits and to get involved, see them laughing and smiling and really enjoying their evening was something I definitely want to do more often."

Congratulations to both Wilf and Ashlee on receiving the recognition their community work deserves.

You can find out more about the Foundation's phenomenal work and donate to support them by clicking here now.