The 2019/20 season has finally returned after 12 long weeks of suspension, and Crystal Palace provisionally face nine fixtures in 36 days. There will be a lot to take in, and a significant chunk of time to catch up on, so get yourself prepared for the restart with our in-depth season preview.

Where do things stand?

Palace currently sit 11th in the Premier League, level on points (39) with Burnley in 10th and just one point behind Arsenal in ninth. As things stand, Burnley are only ahead on goals scored - with both the Eagles and Clarets on a goal difference of -6.

Before the suspension, Palace won three consecutive matches 1-0. The south Londoners defeated Newcastle United, Brighton & Hove Albion and Watford and were one of the league’s most in-form clubs.

By beating the Hornets, Palace secured their greatest points total at this stage of a Premier League season - and edged just one point off the revered total of 40 in consolidating their top flight status.

This season has seen Palace deal with a spate of injuries and enjoy some historic, memorable moments, including: two 90th-minute winners against West Ham United, one 90th-minute winner v Manchester United, a draw with Manchester City, victory at the Amex and two draws with Arsenal. 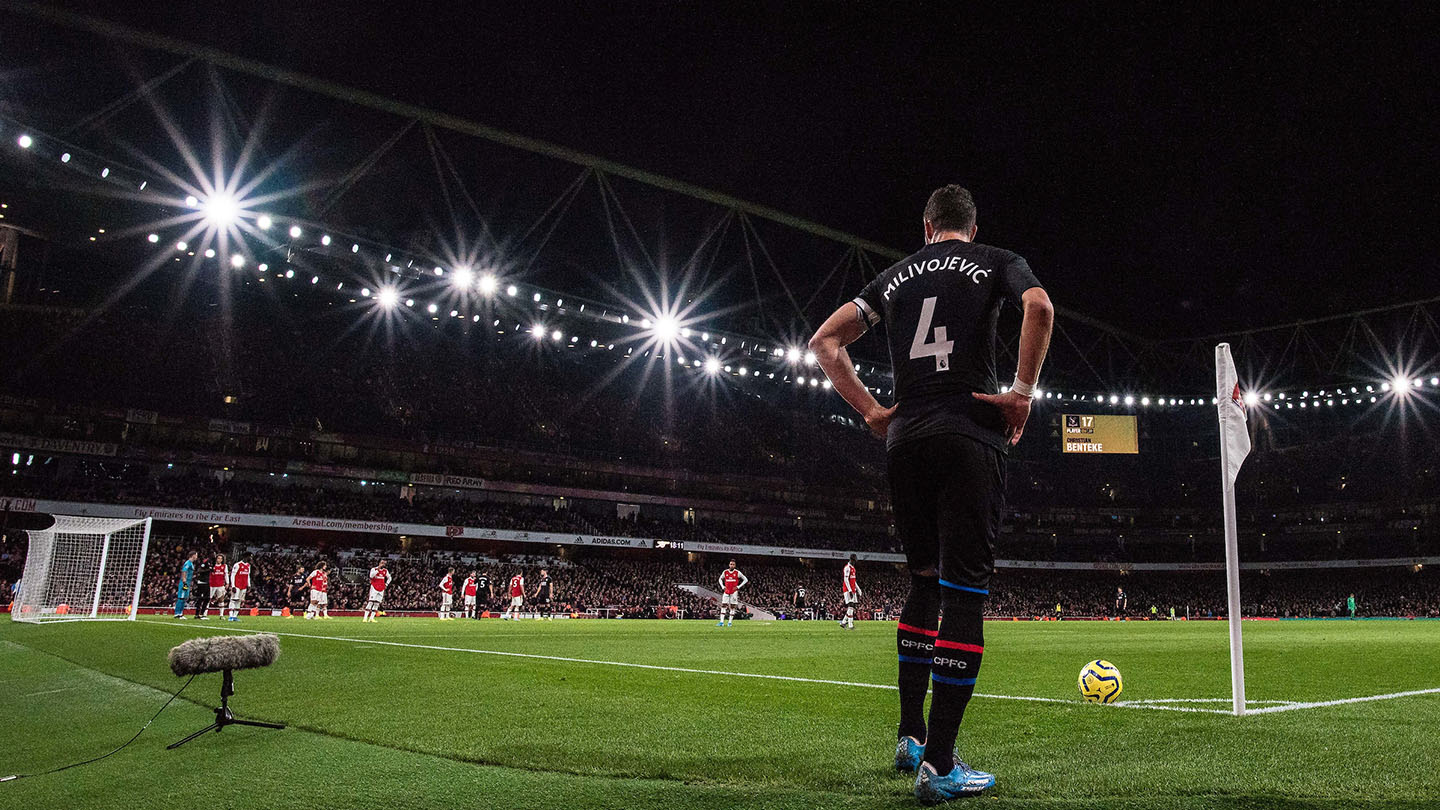 What can we hope for?

Roy Hodgson and his squad are always clear that avoiding relegation is the club’s primary aim until it is mathematically secured. But with a 12-point gap between the Eagles and Bournemouth in the bottom three, fans cannot be blamed for casting their eyes elsewhere in the league.

Palace were forced to call upon a depleted squad for a large chunk of the season’s first instalment, with key members of the starting XI unfortunately suffering injuries at similar times.

Now, Hodgson has described his squad as “at a good level” in terms of “pure physicality”, and so the Eagles can expect to benefit from more competitive selection options.

With that in mind, looking up the Premier League table, Palace are four points from sixth place - where Wolverhampton Wanderers currently sit. But the cluster of teams between mid-table and the top six is immensely tight, with Palace one of five teams on 39-43 points.

If they maintain their current points per game ratio, Wolves can expect to finish on 56 points. Palace would need to increase from 1.34 points per game to 1.92 if they are to stand a chance of finishing on a similar points total to Wolves. This would require a phenomenal run of form, picking up roughly five wins and two draws from nine matches.

At their current ratio, the Eagles would end on a club record 51 Premier League points - 11th in last season’s table.

However, it must be noted that Palace face one of the league's toughest run-ins, with the likes of Liverpool, Leicester City, Chelsea, Manchester United, Wolverhampton Wanderers and Tottenham Hotspur left to play.

How did Palace do against upcoming clubs earlier this season?

Need to refresh your memory? Click on the match to read its report.

It's an arbitrary measurement, but should Palace replicate their performances against the upcoming nine teams, they will finish the season on 52 points. 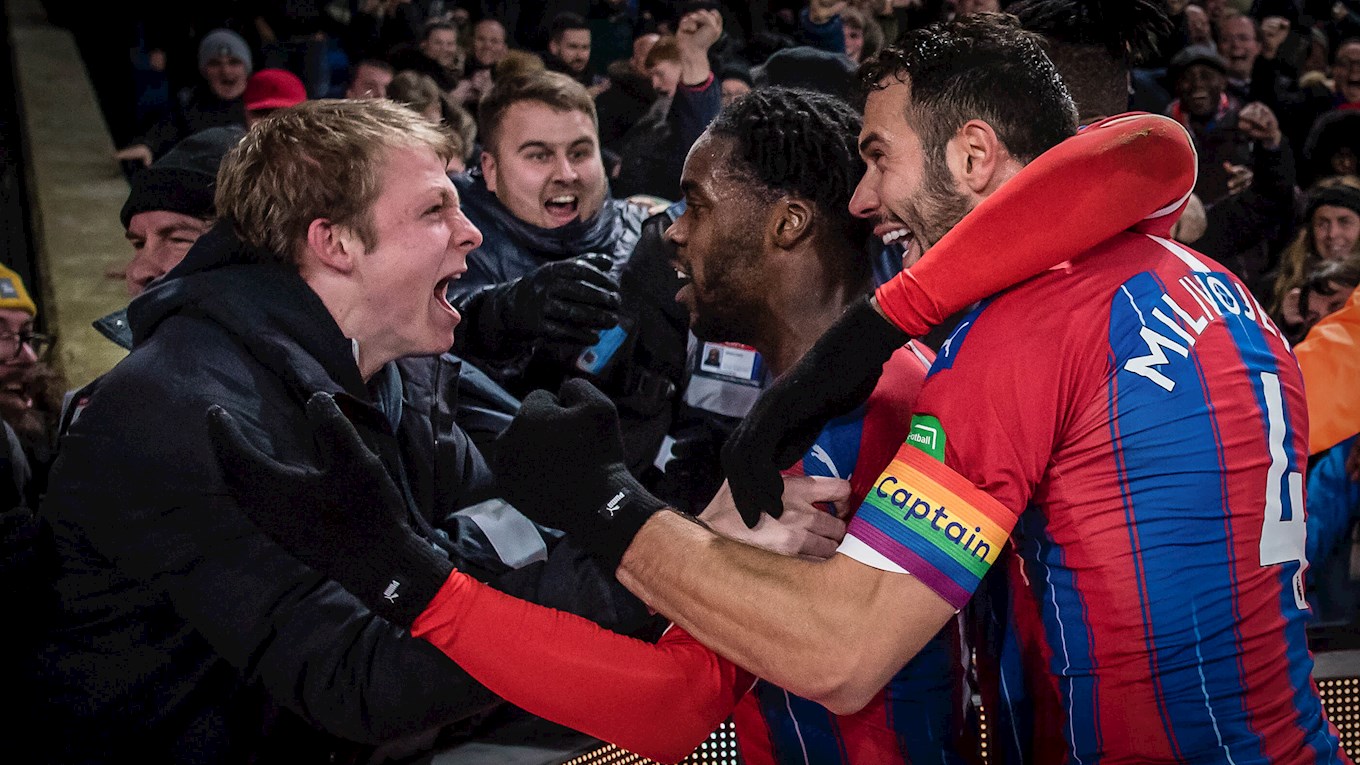 Who should we be watching?

Jordan Ayew bagged in both of Palace’s last two clashes - Brighton and Watford - and currently has eight league goals and an assist to his name.

Ayew’s goals, in fact, have led him to teeter on the edge of breaking a seasonal club record with nine games to go. Having earned the Eagles 14 points from eight goals this season, Ayew sits just one point behind Andrew Johnson’s contribution in 2004/05.

No single player has secured Palace more points in Premier League history. Should he score in a 1-0 victory, for example, Ayew will surpass Johnson’s individual contribution by two points.

But Ayew isn’t the only one who has guided Palace so far this season, with players across the pitch coming in for praise from fans and Hodgson alike.

In the Man of the Match vote after Watford in March, six players shared 90% of the fans’ selections, with Christian Benteke, James McCarthy and Cheikhou Kouyate standing out. Palace’s backline combination of Gary Cahill and Scott Dann have also drawn attention for their steadfast, triple clean sheet-earning display.

The likes of Jeffrey Schlupp, Andros Townsend and Mamadou Sakho could also expect to fight for their place once the season returns, with the trio each not starting at the point of suspension. 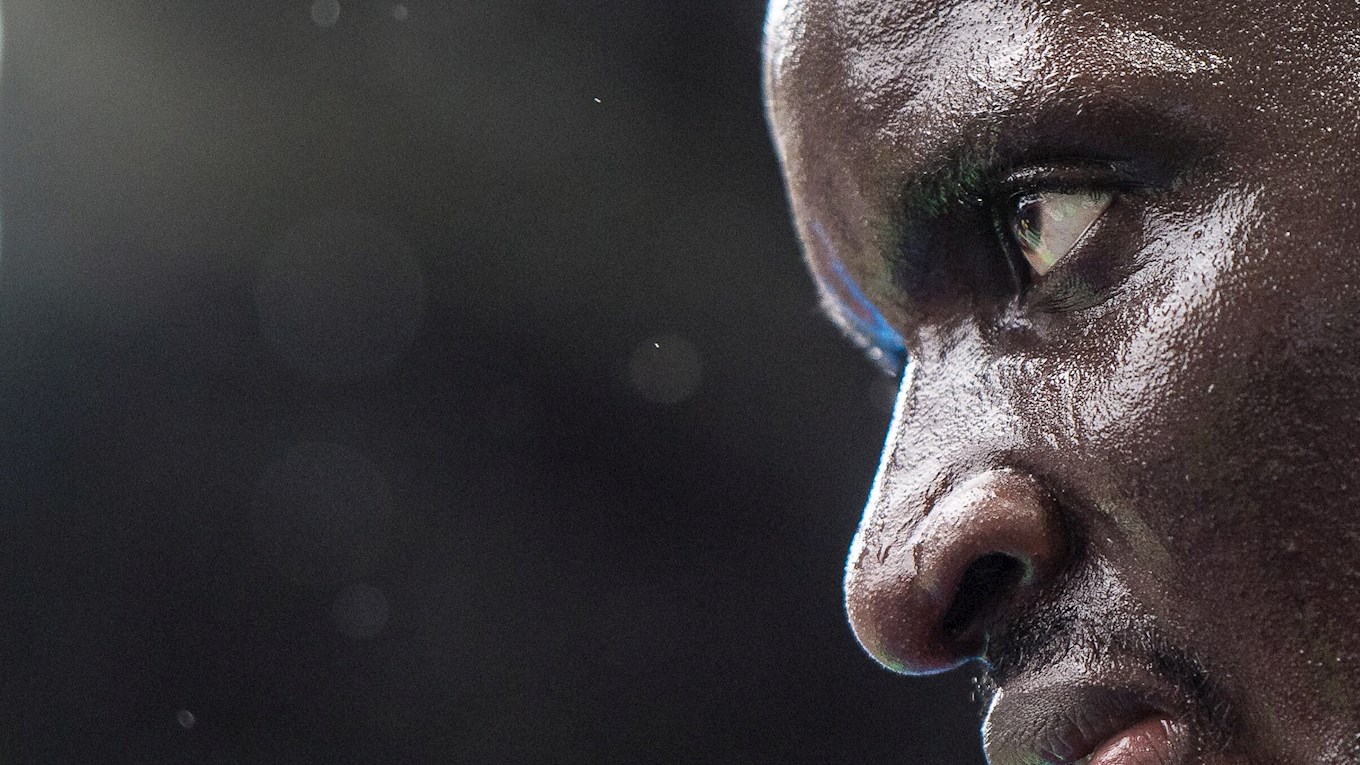 What are the key games?

Palace’s first match back, against AFC Bournemouth, could prove a fine opportunity to collect three crucial points and maintain the club’s place in a tight mid-table. With Bournemouth currently in the bottom three, they and Aston Villa are the Eagles’ only relegation-battling opponents coming up.

Perhaps more crucial is Palace’s game with Burnley on June 29th, their first at Selhurst Park since March 7th. The Clarets currently sit level on points with Palace and are separated only by goals scored. Sean Dyche’s men face Manchester City and Watford before taking on the Eagles. If each side maintains their form, this clash in SE25 could prove vital in deciding who finishes where.

Elsewhere, end of the season meetings with Wolves and Spurs may see Palace confirm a record-breaking Premier League finish should the club continue to vie with the league’s mid-to-upper table clubs. Spurs currently occupy eighth while Wolves sit in seventh. At the time of writing, the Eagles are two and four points off them respectively.

How will fixture congestion affect the team?

Fixture congestion could prove troubling for all clubs - not just Palace - with each side provisionally having at least nine games to play in just under five weeks.

For Palace, the provisional schedule lines-up nine games in 36 days, or a match every four days. For context, the Eagles’ run worked out at exactly one game every seven days between their first and 29th league clash - including FA and League Cup outings. The dreaded festive schedule is typically just under one game every three days.

Starting today, the Eagles’ sprint finish is sure to be a welcome return to the Premier League. Whatever happens, at least the Palace are back.

READ NEXT: All information released for Premier League restart