Currently two places above Brighton & Hove Albion in 14th, Crystal Palace have a chance to rectify recent frustrations and further their position in the table on Monday night (22nd February).

The Seagulls have never won a Premier League game on a Monday, with six of their eight such contests ending level.

Palace will be striving to correct recent form after a pair of disappointing results. Their opportunity to do so against a fierce rival is timely, with Jordan Ayew saying: “We have to put things right… We need to keep working hard and make sure on Monday we put it right.”

Manager Roy Hodgson echoed these views in his pre-match press conference, saying: “The fact that it’s Brighton adds that extra spice because it’s a match very important to the fans – and everyone at the club is aware of that.

“I think whatever team we’d have played after the last two results, where we’ve been below par, we’d have been anxious to show that we were better than that.

Palace have taken a hit with Wilfried Zaha out of action lately and Hodgson was unwilling to put a timescale on the Ivorian’s return. 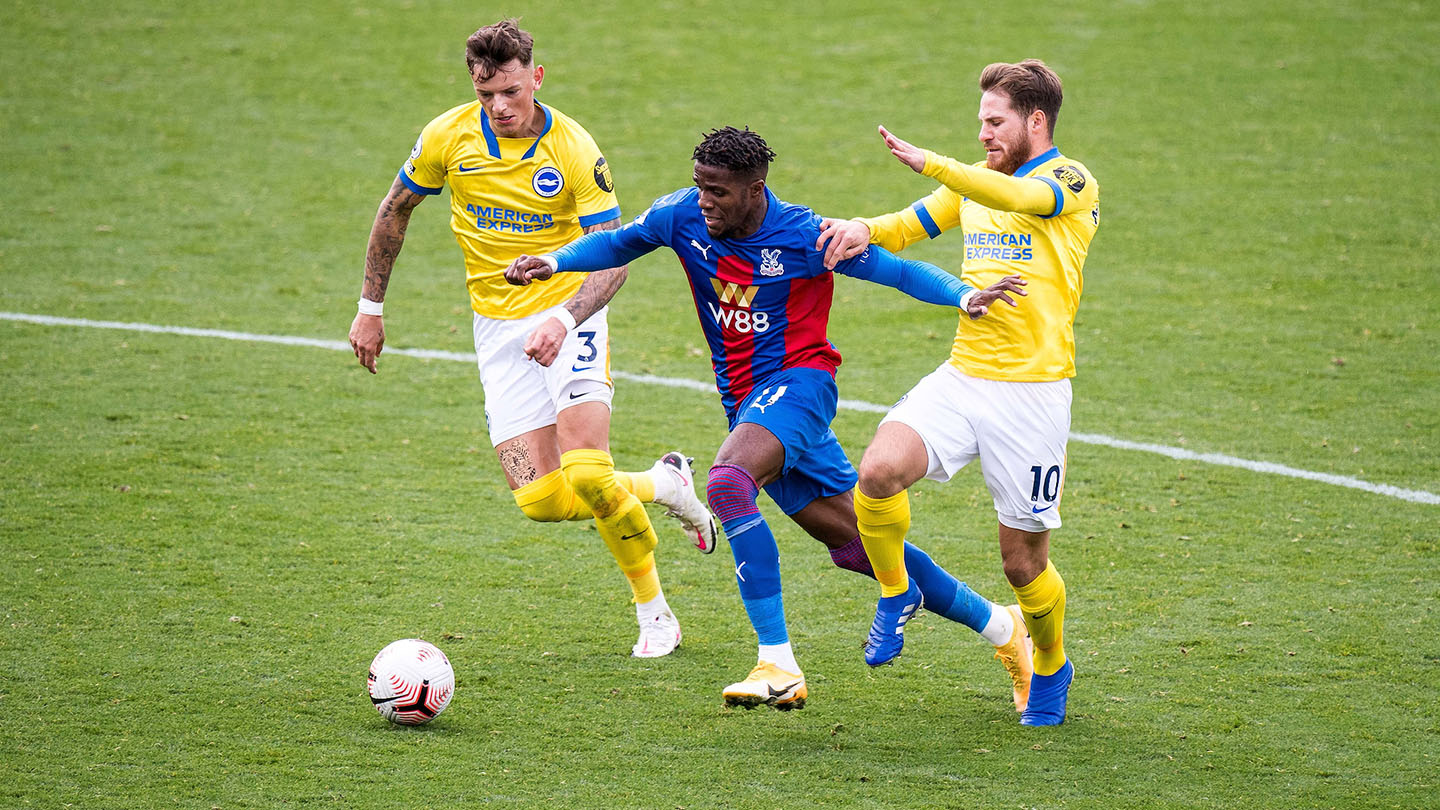 Palace’s last meeting with Brighton ended in a 1-1 draw at Selhurst, with Zaha netting from the spot for Palace before the visitors bagged a late equaliser. Conversely, it is has been the other end of the game where the Eagles have suffered lately - conceding within 10 minutes in four of their five recent matches.

The Seagulls’ recent clashes have largely resulted in draws – three of their last six in all competitions. In fact, no top-flight side has drawn more games than Brighton, with their 11 just ahead of Fulham on 10. Just under half of their games have ended this way.

Had Graham Potter’s men converted just three of those draws into wins, they could be sitting as high as 11th. The Eagles must beware of their hosts’ desire to address this.

Sent off in the clash at Selhurst Park, Lewis Dunk has scored three goals for Brighton this season, joint-second only to forward, Neal Maupay. The aerial threat he provides, particularly at set-pieces, should be a keen focus for Palace.

In their recent matches, Brighton’s link-up play has been commendable, with an 81.5% passing accuracy and several successful crosses. If the Eagles counter the Seagulls as they often do well, they may enjoy some success – though getting past a five-man midfield will be challenging. 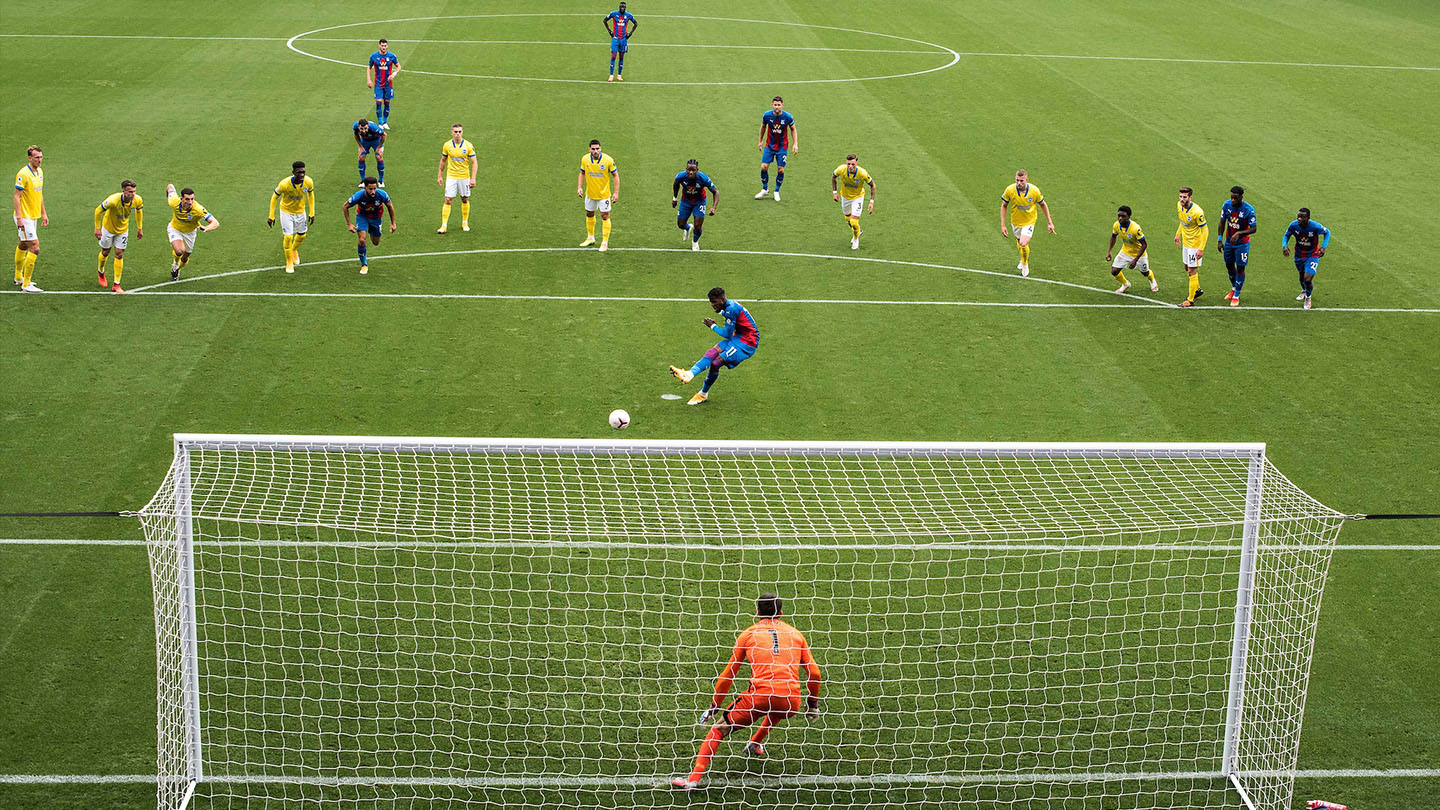 Generally, Brighton are a pragmatic side and Potter has been willing to tweak his formation regularly. They played 4-1-3-2, 3-4-1-2 and 3-5-2 in their last three league games alone.

Typically the Seagulls will congest the area that needs most focus against a certain opponent: fielding five defenders (including two wingbacks in midfield) against Liverpool and an attacking quintet against Aston Villa – leading to 26 shots against Villa’s four.

With the Seagulls having a superior passing accuracy, the Eagles will rely on interceptions to assist them in establishing counter-attacks.

Hodgson often maintains the same formation throughout matches but he has been willing to tweak personnel. Zaha’s absence adds to this, with Hodgson saying: “It's a very simple mindset. We have a squad of 25 players, and only 11 can play. If you’re one of the 14 that are not playing, your mindset should be simple: I want to play, I want to prove that I’m a very good Premier League player.”

The manager confirmed James McCarthy is back in training but that "a couple of others have picked up slight knocks."

Brighton will be without Tariq Lamptey and Solly March while Adam Webster will be assessed pre-match.

Brighton have kept just one clean sheet in their seven Premier League meetings with Palace (W2 D3 L2), with that coming in a goalless draw in their first such meeting in November, 2017.

Brighton v Palace will be shown live in the UK via Sky Sports. Full details can be found here.