Brighton & Hove Albion have suffered a frustrating start to 2020, currently playing as the only side in the Football League not to have won a game this year.

That said, the Seagulls have collected three draws from their last three clashes and haven’t lost at home in the league since December 21st - a 1-0 fall to Sheffield United.

But draws have been the most common feature of Brighton’s season so far and Graham Potter’s men have now collected just one point on 10 occasions - the joint-third highest in the league. 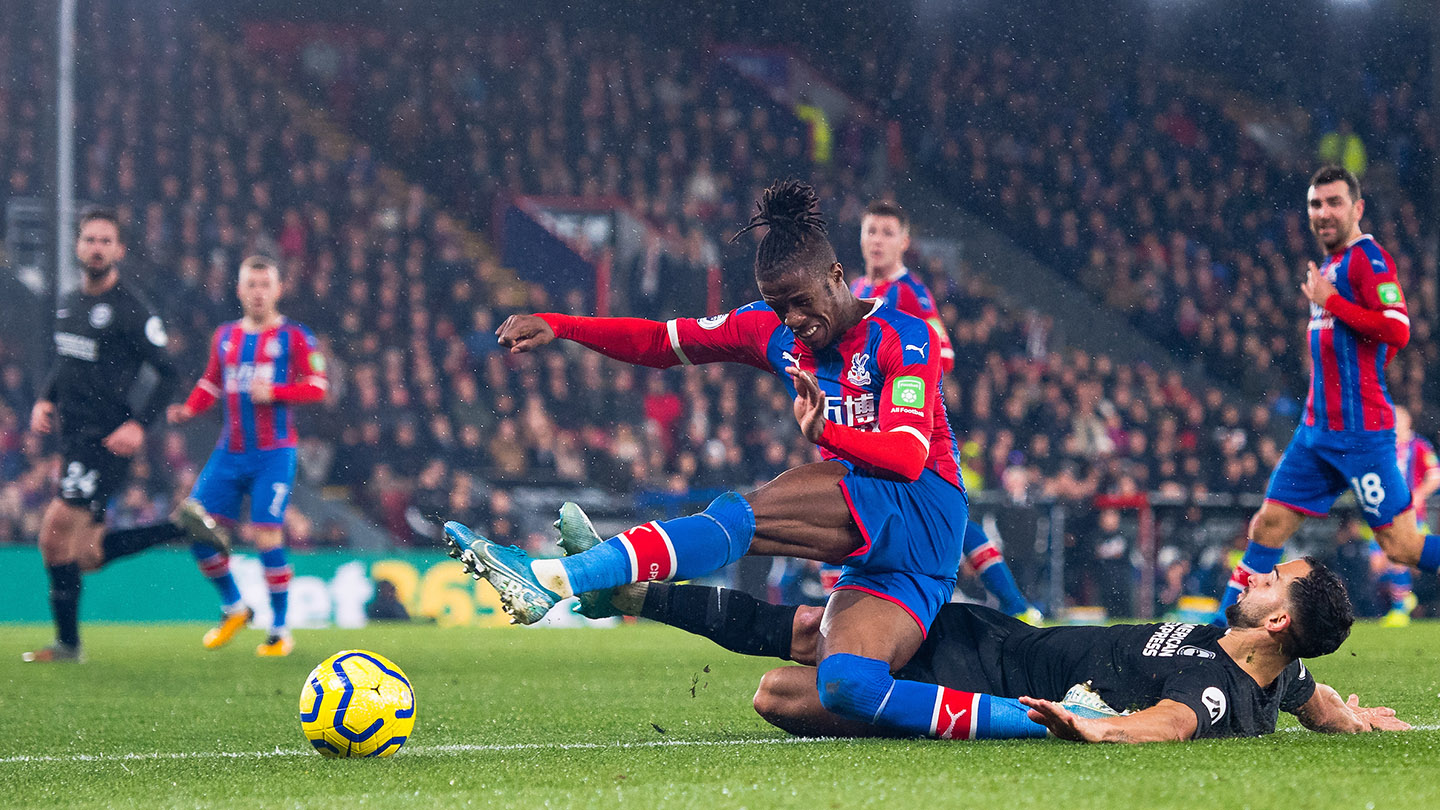 Palace sit just behind their south coast adversaries on nine draws, with both sides holding each other level in the 1-1 clash at Selhurst earlier in the season. Two second-half goals that evening saw the Eagles and Seagulls share the spoils, with Wilfried Zaha’s 76th minute equaliser thundering into the roof of Mat Ryan’s net to secure Palace’s point.

Today, Palace can take faith in the fact that Brighton have conceded first in each of their last four Premier League games, but they have however come back to draw in each of these. That said, the Seagulls have never won a Premier League home game when conceding first (D10 L14).

The Eagles will be additionally boosted with manager Roy Hodgson taking charge of them for 100th time in the Premier League. It is the first time that Hodgson has reached such a milestone with one club. Coincidentally, the Palace boss reached his 100th game in charge of the south Londoners against Brighton at home earlier in the season. 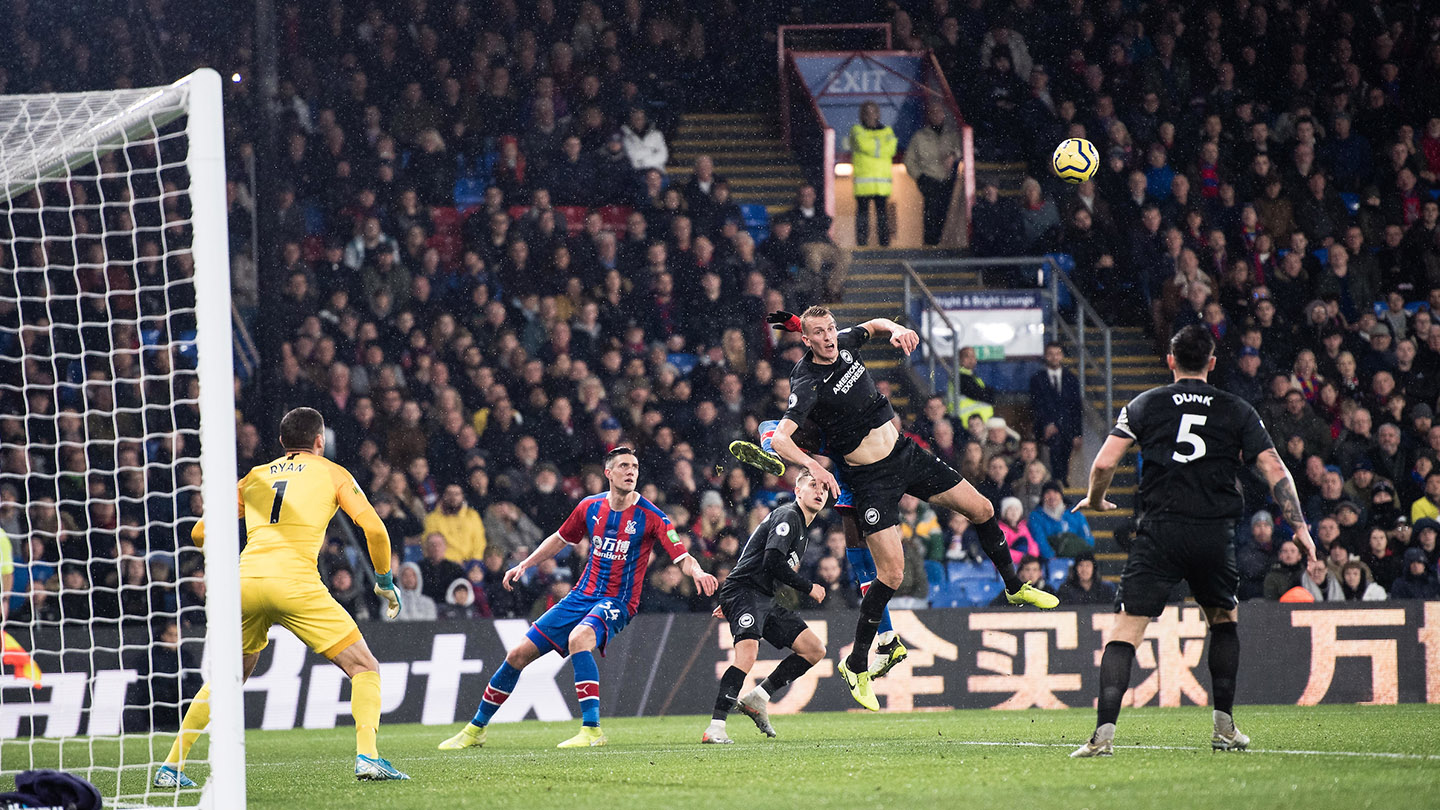 Including play-offs, Wilfried Zaha has scored more league goals against Brighton than he has against any other side (six).

Potter has brought a dynamic style to Brighton’s tactics this season, becoming known for his eye-catching and versatile approach to the game.

This campaign has seen the Seagulls field a number of formations (4-4-2, 4-2-3-1 twice and 4-3-2 in their last four games respectively) - but each of them focuses on pressing from the front and outnumbering the opposition in defensive positions. This can see Albion play quite a narrow game, aiming for regular passes with intent.

Building from the back but with an aim to move forward rather than just keep possession, Brighton often beat opposition presses while their forwards harry defences to catch-out possession-based teams. 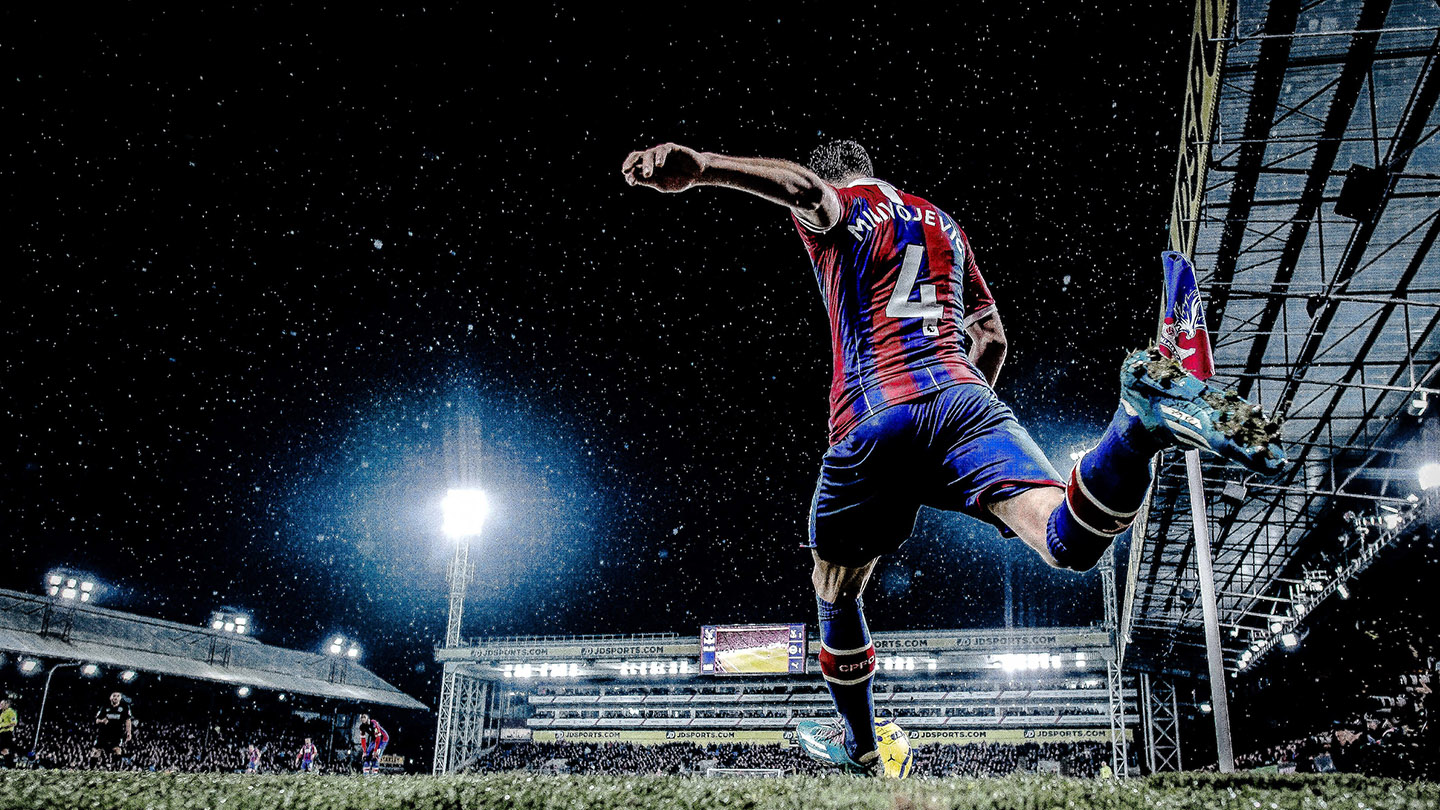 Crystal Palace have been boosted by the return of Mamadou Sakho and Jeffrey Schlupp to training, however the pair have only recently reached this stage.

The Eagles were without James Tomkins and Luka Milivojevic against Newcastle United last Saturday, with Tomkins collecting an injury against Everton and Milivojevic potentially one of the players Hodgson said was suffering from “a little bit of sickness.”

Hodgson has confirmed that Milivojevic will need assessing, that the other three are still unavailable and that Chiekhou Kouyate - who was substituted after receiving treatment against Newcastle - is fit to play.

With Potter confirming Dale Stephens is available for selection, Brighton’s squad is almost entirely fit, with the Seagulls apparently only missing José Izquierdo, who has been long suffering from knee complications and hasn’t played a minute of Premier League football this season.

Get yourself in the matchday mood pre-game with all the latest on Brighton v Palace.

Find out what suggestion legendary manager Steve Coppell takes ‘insult’ at by clicking here and see how the club has performed in its rare ‘leap day’ appearances here.

Stoke up some nostalgic memories by delving into the history of Palace’s Brighton rivalry in pictures here and stay up to date with the latest travel warning if you’re attending the clash here.

Looking for something to watch? Re-live December’s draw and enjoy Wilf’s drilled goal below.