Just three days after playing in the Premier League against Manchester United, Crystal Palace will today host Colchester United in the Carabao Cup Round Two, hoping to kick-start this season’s campaign strongly after a historic league win over the Red Devils.

Last year in the Carabao Cup, Palace overcame West Bromwich Albion and then Swansea City before falling to Championship side Middlesbrough in Round Five.

Their opponents this evening come to Selhurst Park with a turbulent recent record against the Eagles, losing their last three competitive matches with the south Londoners. In a 2016 pre-season friendly - the most recent clash between the two clubs - Palace ran out as victors thanks to a single Jordon Mutch goal at the JobServe Community Stadium.

Playing that day were current Eagles such as Connor Wickham, Andros Townsend and Scott Dann.

Last season in the League Cup, the U’s faced fellow League Two club Cheltenham Town and held the Robins to a 2-2 draw before being defeated in a penalty shootout. This year, they dismantled Swindon Town with a 3-0 victory, each side seeing a man sent off after a 62nd-minute altercation. With such a strong victory under their belts, today's visitors will be energised opponents for Roy Hodgson's men.

Against Palace, however, Colchester have been eliminated from the League Cup on two occasions, 1975-76 and 1999/2000, and the Eagles have impressively won 10 of their 11 most recent home clashes in the tournament. 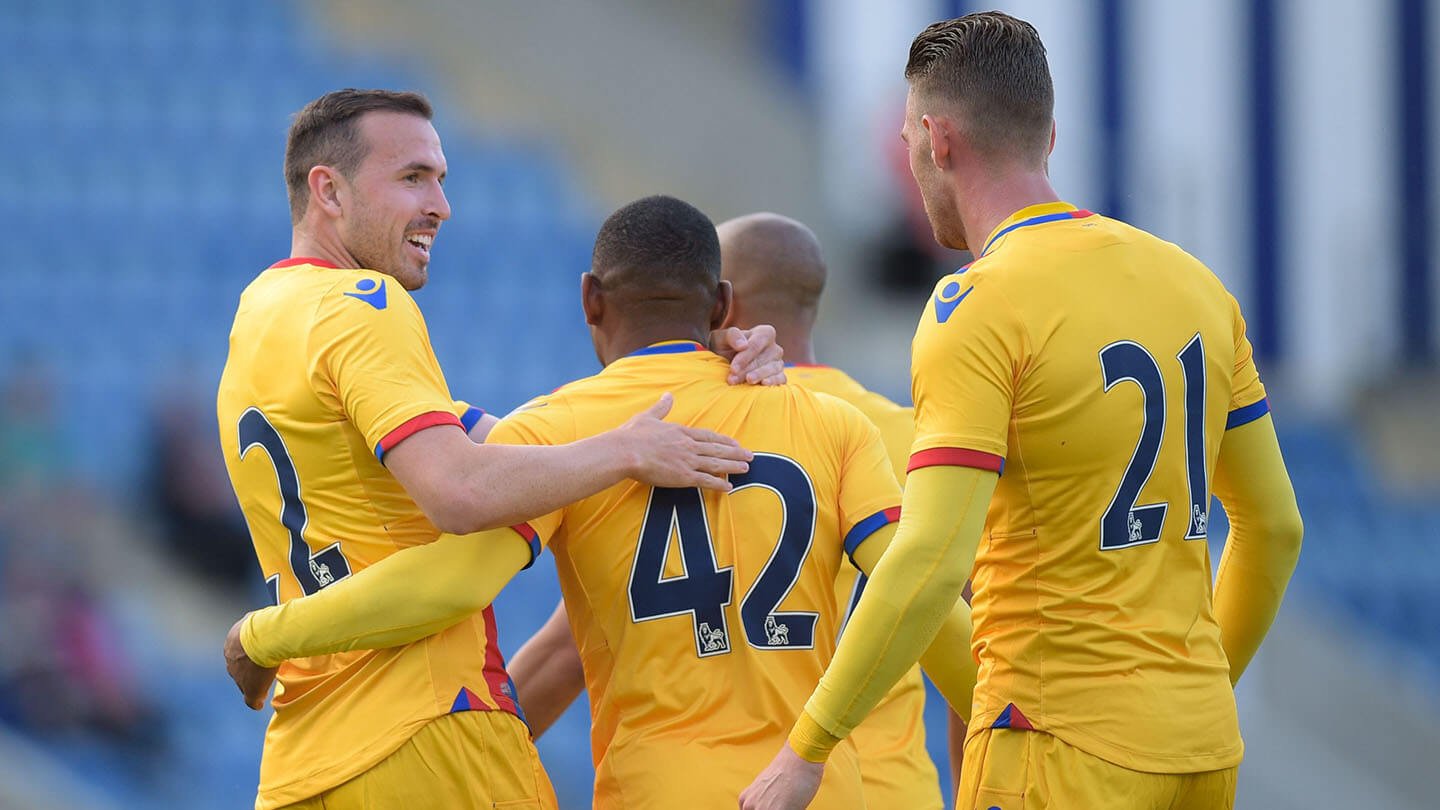 But it is Palace's immediate league form which will attract most attention, with the south Londoners recording a remarkable 2-1 victory over Manchester United last weekend. Perhaps knocked for energy reserves with the two games falling so close together, the Eagles will be motivated no end by their first league win over United since 1991.

The victory also saw Hodgson break the club’s record for most Premier League wins - 25 - and made Palace the first side in history to score an away winner in the 90th-minute at Old Trafford.

One of their most notable additions is talented No.10 Jevani Brown, who joined the U’s from Cambridge Town after a successful trial period. With over 180 career appearances to his name and caps for Jamaica at Under-17 level, Brown is one to watch tonight and has started all six of Colchester’s league and cup matches this season.

SEE ALSO: Ayew: It's just the beginning from me

Another player to have earned six consecutive starts in this campaign is goalkeeper Dean Gerken. Gerken rejoined Colchester this summer having developed in the club’s academy system between 2002-04, making his first-team debut in 2004 against Brentford. In 2007, he was named Colchester’s Young Player of the Year and has made over 130 appearances for the side over his two spells. 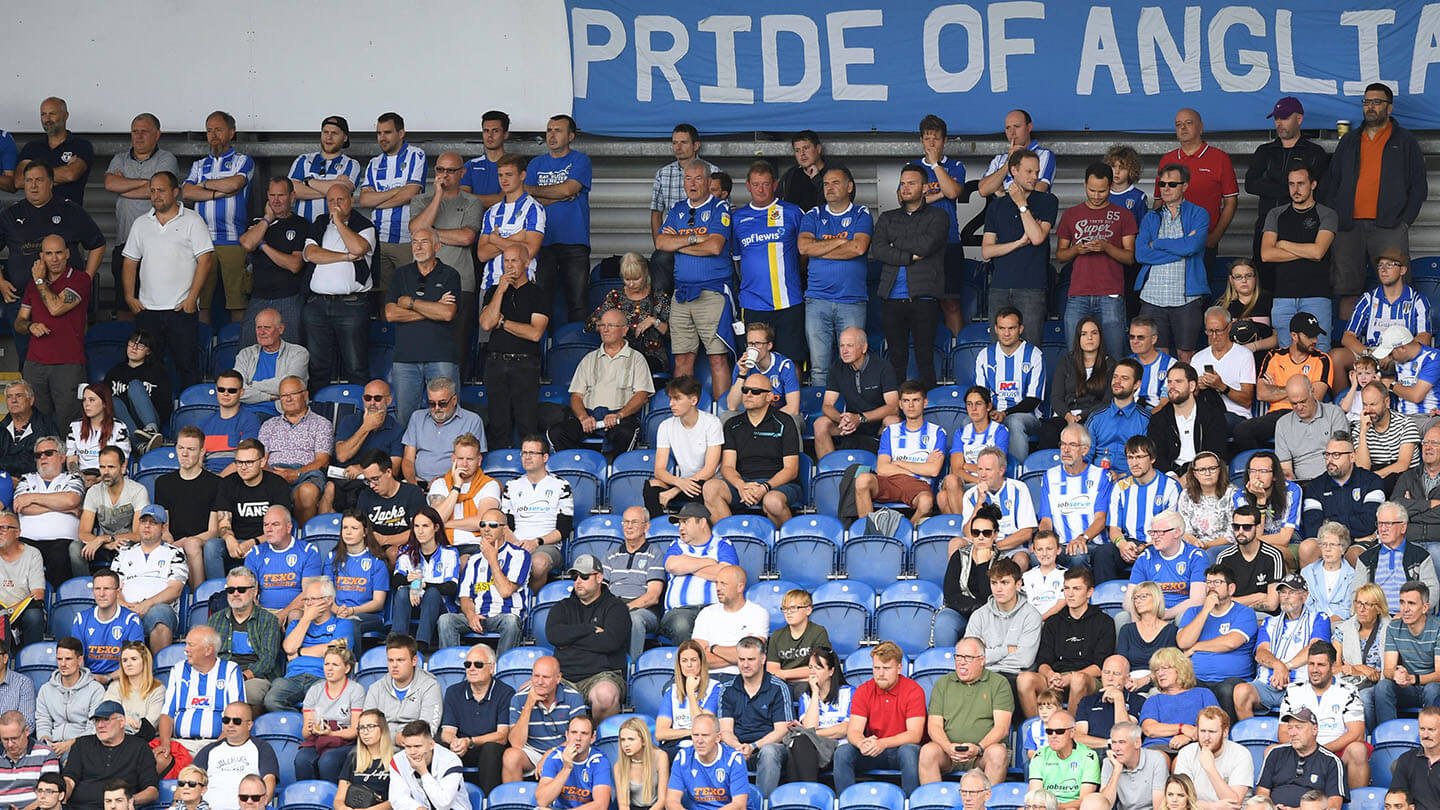 Luke Norris is currently League Two's joint-second top scorer, with four goals in just five games. Norris opened Colchester's account for the season in a 1-1 draw with Port Vale and has bagged in his last three appearances.

Tickets are available for this match and can be bought here on general sale. Tonight is also the perfect occasion to bring the family down, with under-12s able to come for free. Buy tickets here!

This game will not be shown live on television in the UK but you can still stay in the loop even if you're unable to make it to Selhurst.

The official Palace app’s match centre is the place to be for everything you need during today’s clash. With live stats, a running match commentary feed and lineups the moment they’re released as well as all an instant match report and post-match reaction from Palace TV, there’s no need to leave the app to follow the Eagles’ efforts.

If you're wondering where the nearest official fan club is to you, you can click here to find out.

Don't miss the Eagles back in action at Selhurst tonight and buy your ticket here!