Crystal Palace take on fellow mid-table side Burnley tonight (Monday, 29th June at 20:00) in a clash that, by the end of the season, could have a significant impact on each team’s final position.

The Eagles and Clarets are currently locked in 10th and 11th place respectively, with only a goal difference of two separating them. If one side wins at Selhurst, they could move as high as seventh on 45 points.

This would be the best points total at this stage of a Premier League season for Palace and the second best for Burnley.

The Clarets have had a similar pair of games since the restart to Palace – defeating relegation battlers Watford and falling to a heavy scoreline against second-place Manchester City.

However, looking at Palace and Burnley’s recent history, the record doesn’t bode well for the visitors. 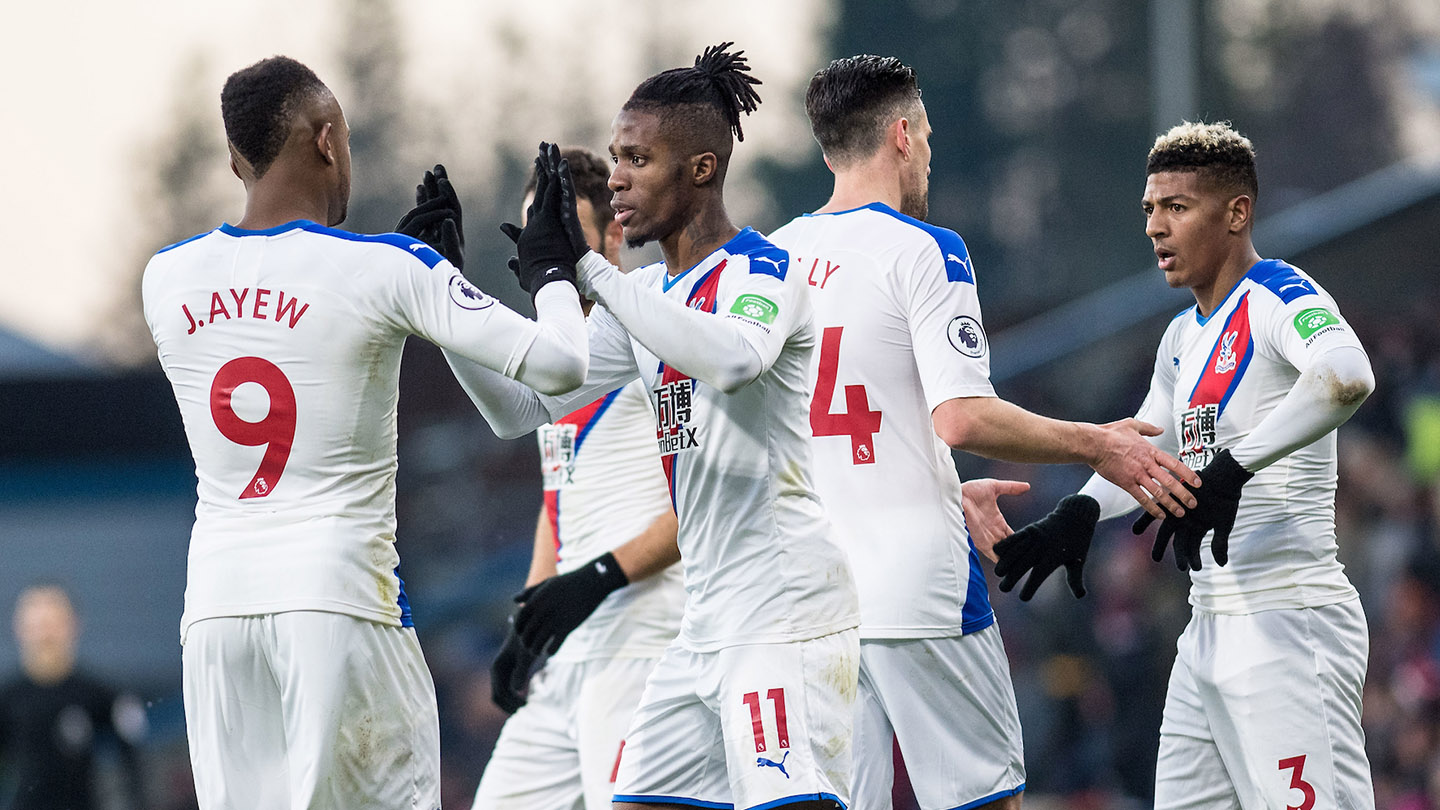 At the start of this season, the Eagles overcame the Clarets with goals from Wilfried Zaha and Jeffrey Schlupp. This comfortable victory mirrored the Eagles' success in their next-most recent clash with Burnley: a 3-1 win at Turf Moor.

In fact, after losing three consecutive matches against Sean Dyche’s men, the Eagles have reversed their fortunes and won four times in a row. Their best Premier League record is currently five straight wins against one opponent: Wimbledon between 1989-1991.

But this summertime clash sees two of the league’s best defensive teams come head to head, with Palace conceding fewer goals than Arsenal, Tottenham Hotspur and Chelsea and Burnley having kept 12 clean sheets in this campaign – just two behind league leaders Liverpool.

And all of the Clarets’ clean sheets have been kept by shot stopper Nick Pope (level with the Reds’ Alisson Becker), who can claim two more shut-outs than Vicente Guaita’s 10. 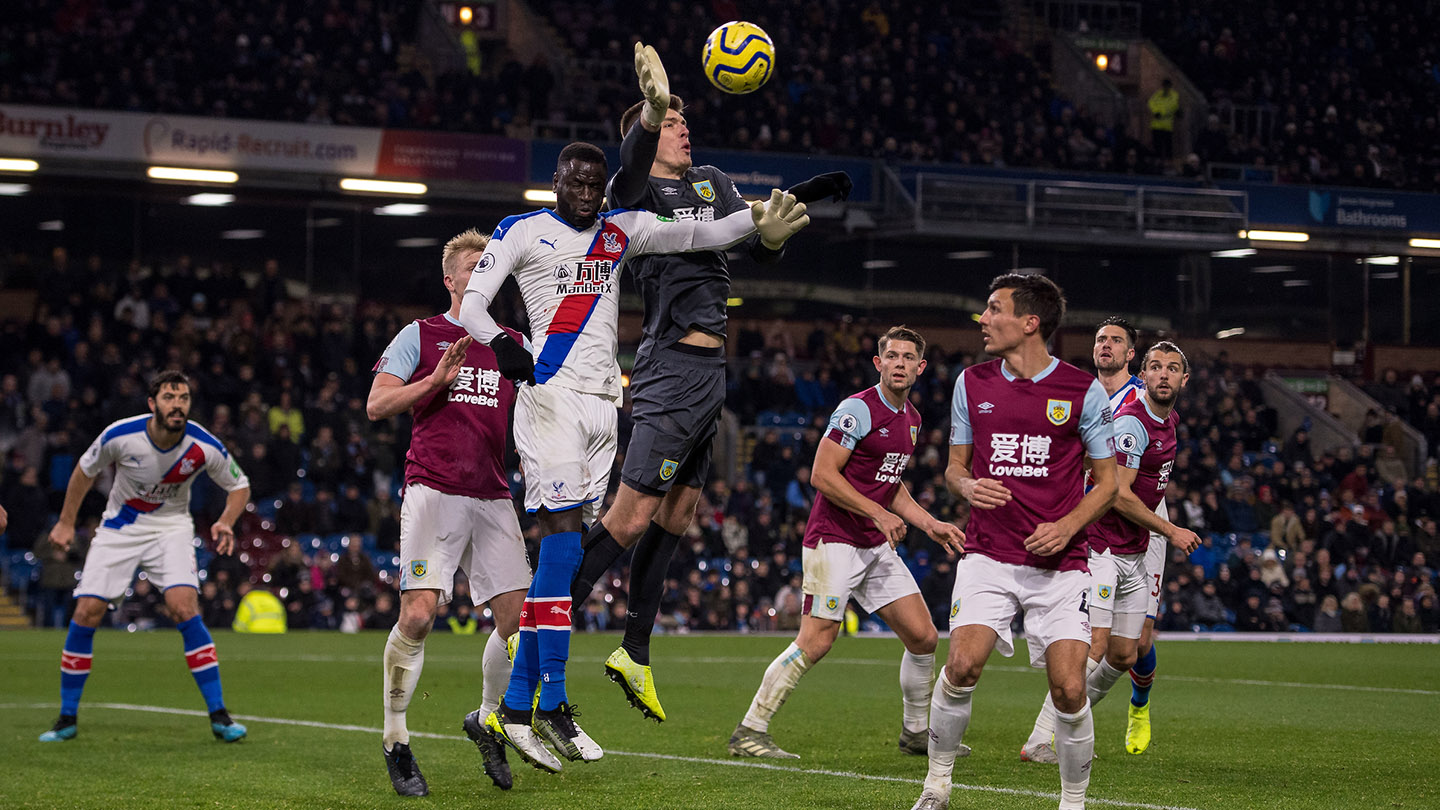 Luka Milivojević has scored 89% of his 27 Premier League goals from either the penalty spot (21) or a direct free-kick (three), the highest such ratio of anyone to score 20+ goals in the competition.

Burnley’s recent collapse against Manchester City should not deceive fans as to their defensive abilities. In fact, Dyche’s side conceded as many goals against the Citizens as they did in their previous six away outings combined.

Many teams struggle to take on Burnley’s organised, confident defence, but Palace may do so more than most. Their typically counter-attacking style may not work against such a well-drilled outfit who are unlikely to overcommit going forward, and so we may see more of the Eagles’ actively offensive approach from the first-half v AFC Bournemouth. 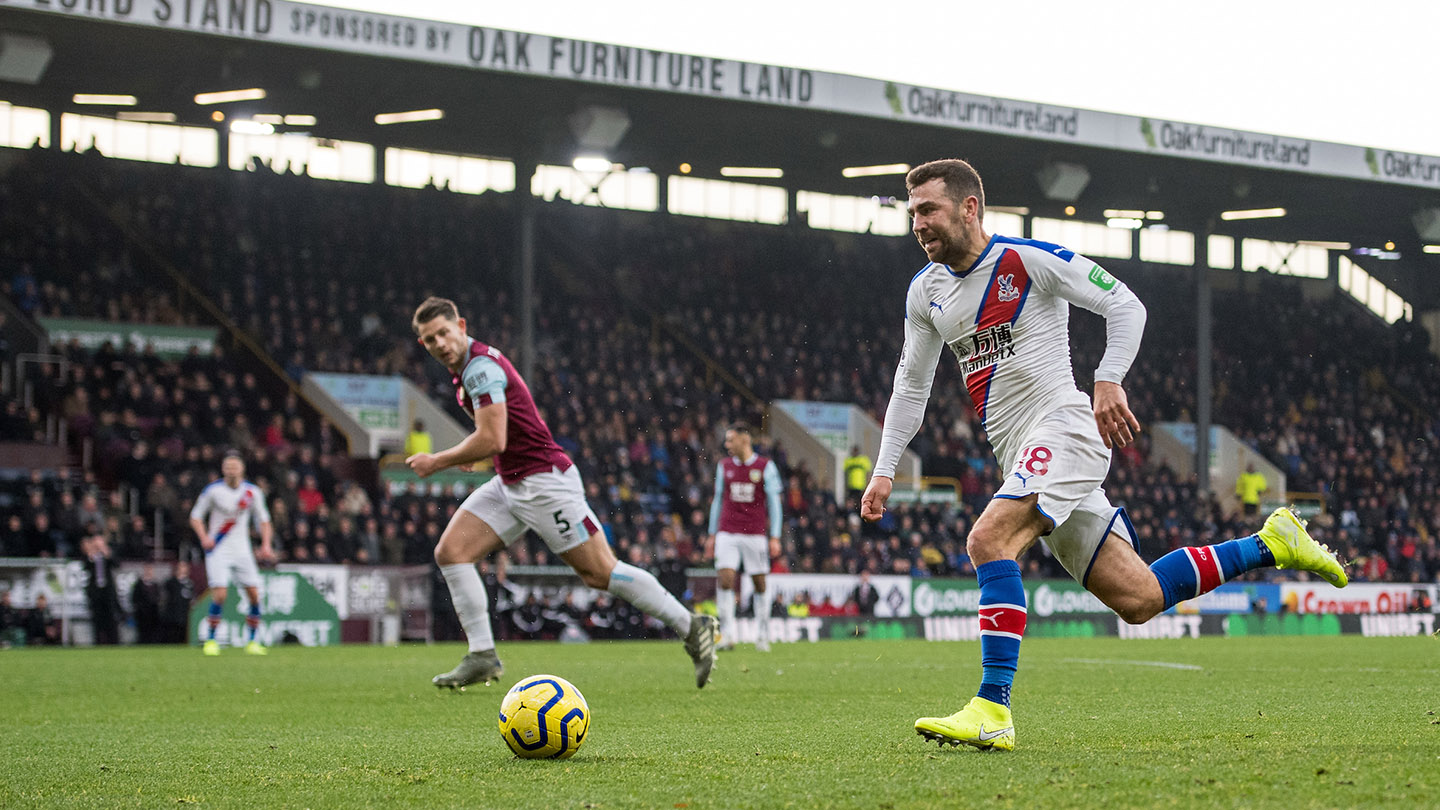 Palace were dealt an unfortunate blow against Liverpool as Roy Hodgson confirmed Vicente Guaita and Christian Benteke were both suffering muscle strains. Then, in the 15th minute, Wilfried Zaha was forced from play and required a scan on his calf.

Hodgson has since said he is hopeful Guaita will be available and isn't "writing off the chances" of Benteke and Zaha.

Burnley have no major injury concerns until looking at their front players. Chris Wood and Ashley Barnes are both sidelined for the Palace game while Jay Rodriguez is a slight concern - though it is thought he will be available.

This game will be shown live via Amazon Prime Video for free.

READ NEXT: Host your own virtual matchday group video chat with friends for Burnley clash