Both Crystal Palace and Southampton will be looking for a good start to their Premier League campaign this season. In their last two opening games, Palace have kept clean sheets against Everton and Fulham and will be looking to keep that record going on Saturday.

The last competitive clash for both Palace and Southampton gave the sides a positive outlook to finish the season with; Palace picked up a well-earned point against Tottenham Hotspur while Southampton defeated Sheffield United 3-1.

The Eagles have also had a solid pre-season which gave fans plenty to be hopeful for, including a glimpse of new signing Eberechi Eze and Wilfried Zaha’s goalscoring form. Development left-back Tyrick Mitchell was also a consistent feature in the Eagles’ pre-season and, with Patrick van Aanholt recovering from injury, the start of the campaign could be the perfect time for him to continue showing what he is capable of.

Southampton put seven past Swansea City during pre-season, where they looked to be in fine form. But with their top goalscorer from last season, Danny Ings, and club captain, James Ward-Prowse, having been on international duty with England, their lack of preparation time for this game may be a key factor in their performance.

Early last month, Southampton signed Kyle Walker-Peters after a successful loan spell from Spurs and have also brought in centre-back Mohammed Salisu from La Liga side Real Valladolid. However, the Saints lost key man Pierre-Emile Hojbjerg, who secured a move to Tottenham. Accommodating for his absence in the centre of the park will be a significant test for the visitors.

But competing away from home was a strength for Southampton last season, with the added advantage of facing no home crowd once the league resumed. Southampton picked up 31 points on the road, with only first- and second-place Liverpool and Manchester City having better away records. 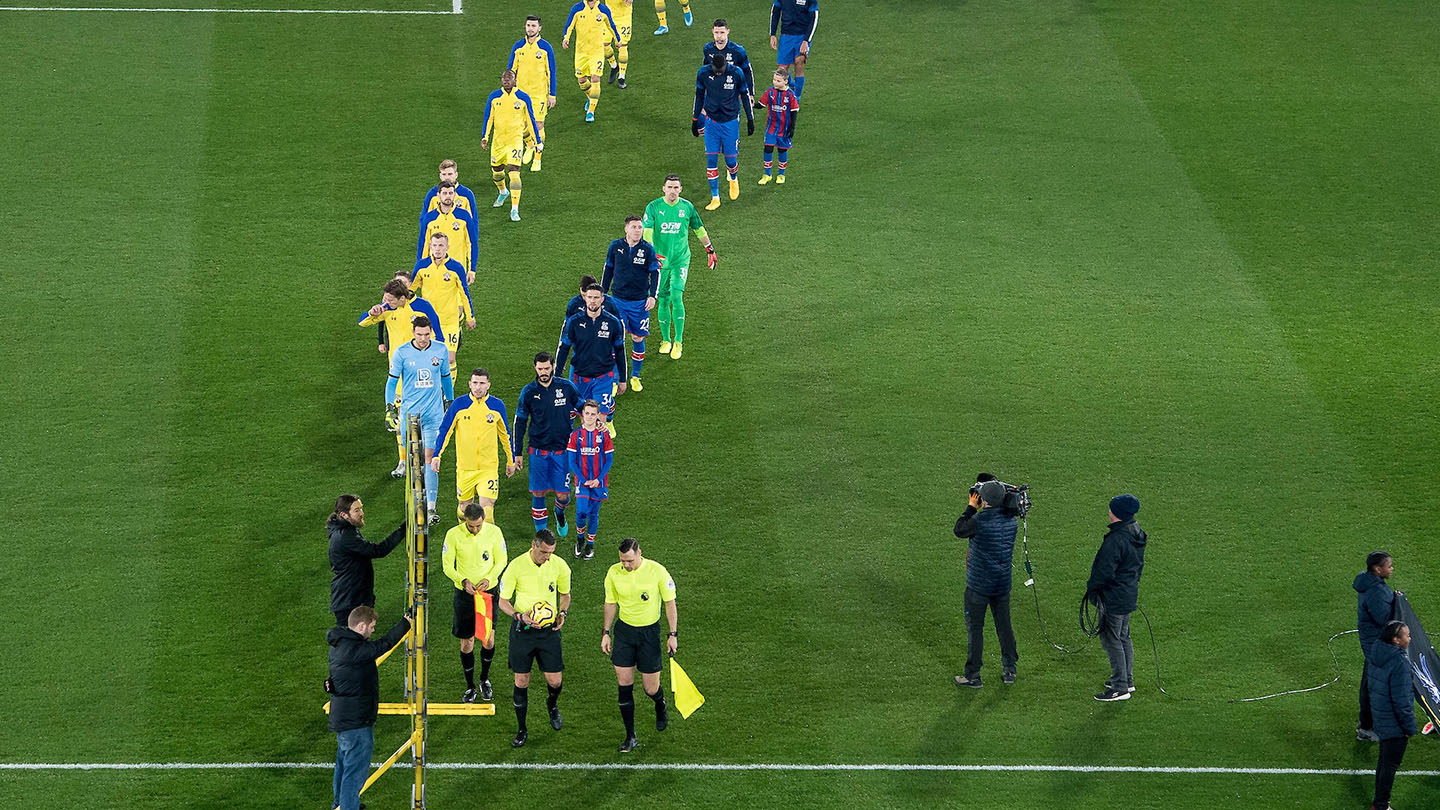 Southampton usually line-up with two strikers and will be hoping to see more from Che Adams this season after he had an impressive end to the last campaign, which included a brace against Sheffield United on the final day of 19/20.

Adams showed that he was adept at pouncing on to loose balls in that game, especially with his second goal, where his quick reaction to a block allowed him to get the ball out of his feet quickly before finishing clinically. He will be hoping to emulate the form of strike partner Ings, who scored 22 league goals last season and has been directly involved in 14 goals in his last 14 away Premier League starts.

This will be the first time Palace and Southampton lock horns on the opening day of a Premier League season. However, their last meeting on the opening day of any campaign was back in the 2007/08 Championship, where Palace came out victors with a comfortable 4-1 victory. James Scowcroft scored a hat-trick that day at St Mary’s.

Palace will be hoping this is a good omen as the home side typically struggles in fixtures between these two teams.

Van Aanholt is back in training for Palace but is unlikely to be available for the first game of the season. Roy Hodgson provided a further injury update which you can read here.

The squad have been boosted by Luka Milivojevic’s return to action against Brøndby and Brentford B, as well as having Martin Kelly on hand, with the versatile defender sidelined near the end of last season.

Southampton manager Ralph Hasenhüttl will be without midfielder Stuart Armstrong.

This game will be shown live via BT Sport in the UK. Kick-off is 15:00 BST. The Premier League has agreed that all September matches will be shown live on TV, and you can find out details of Palace's other two broadcast fixtures here.

The official Palace app’s match centre is the place to be for everything you need during the Saints clash. With live stats and alerts, a running match commentary feed and lineups the moment they’re released as well as all an instant match report and post-match reaction from Palace TV, there’s no need to leave the app to follow the Eagles’ efforts.