In their 100th Premier League London derby, a trip to south-west London looms for Crystal Palace this Saturday as Roy Hodgson’s Eagles take on Frank Lampard’s Chelsea in the top-flight’s early kick-off.

The Blues are enjoying a blistering run of form, having won eight of their last 10 matches in all competitions and currently sit fourth in the Premier League table. In the league, Chelsea have won five consecutive matches - making them the most in-form team in the top-flight.

But playing off the back of a 4-4 thriller with Ajax on Tuesday night and with a notably worse record at home than away, Chelsea will be wary of the visiting Palace and their strength on the road.

Palace fans will fondly recall back-to-back victories over their London opponents back in 2017, winning both games by two goals to one. The first of these triumphs, of course, came at Stamford Bridge when the pair of teams bagged three goals within 11 minutes - Wilfried Zaha and Christian Benteke respectively overturning Cesc Fàbregas’s fifth minute effort to secure three points. 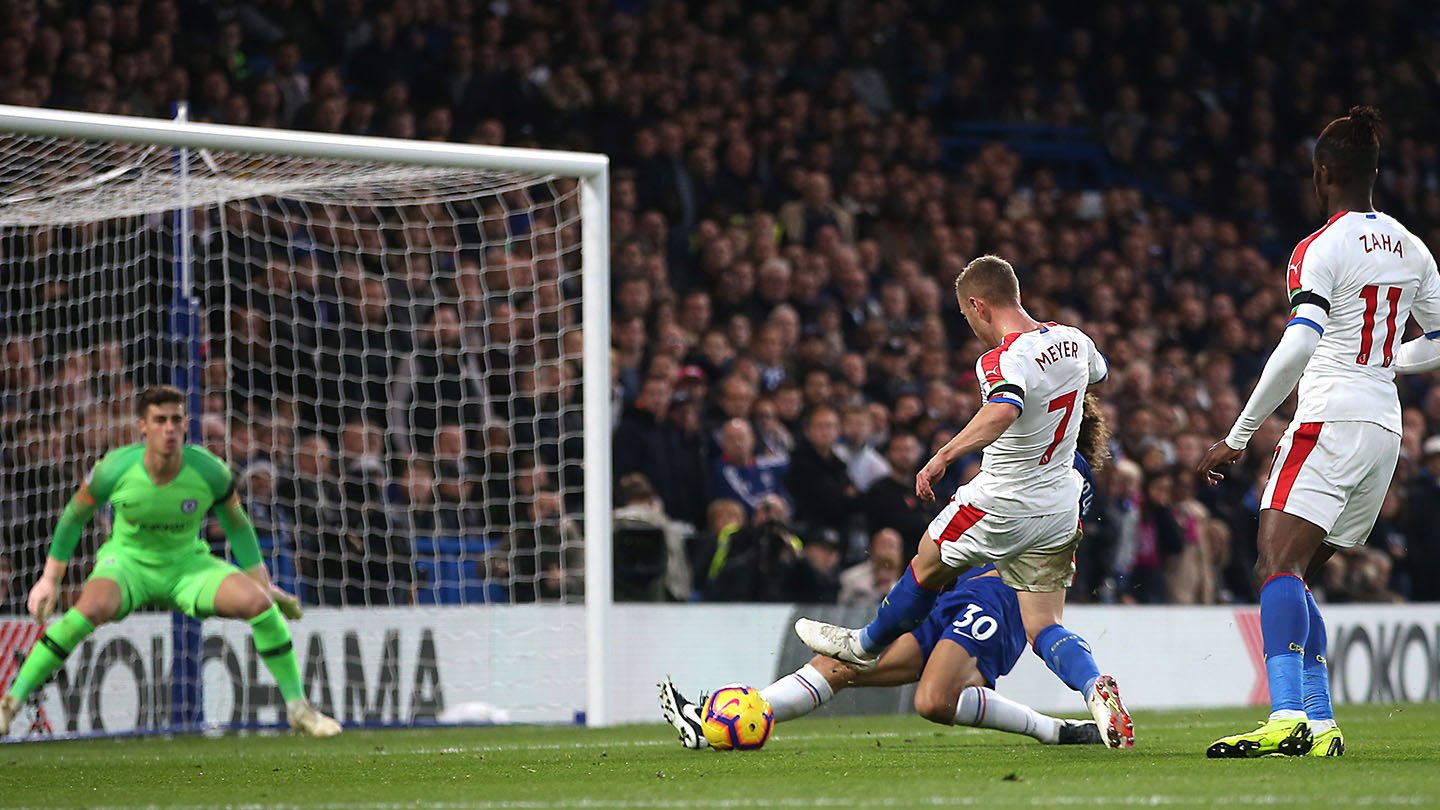 There hasn’t been a draw in any of the last 16 Premier League matches between Chelsea and Palace since a goalless stalemate in March 1995, and both teams have scored in seven of the last eight league meetings at Stamford Bridge.

On the back of their ongoing transfer ban, Chelsea have been fielding a young side this season, but their enforced faith in youth is paying off. Tammy Abraham (22), Mason Mount (20) and Callum Hudson-Odoi (19) are three names to have stood-out this season and the first of these is the club’s top scorer so far this season on 10 goals.

In the league, Abraham has scored nine goals in 13 games for Chelsea. If he scores against Palace, he will be the second-youngest player to reach double figures in the competition for the Blues (22 years and 38 days) after Arjen Robben (21y 342d), while only Diego Costa (nine) and Jimmy Floyd Hasselbaink (11) will have done so in fewer games.

Keeping him quiet, then, will be of paramount importance for the Eagles. With Chelsea being the league’s joint-third highest scorers, though, the threat to Palace on Saturday does not come solely from Abraham. Christian Pulisic - after not scoring in six appearances - has bagged four goals from his last two league matches. 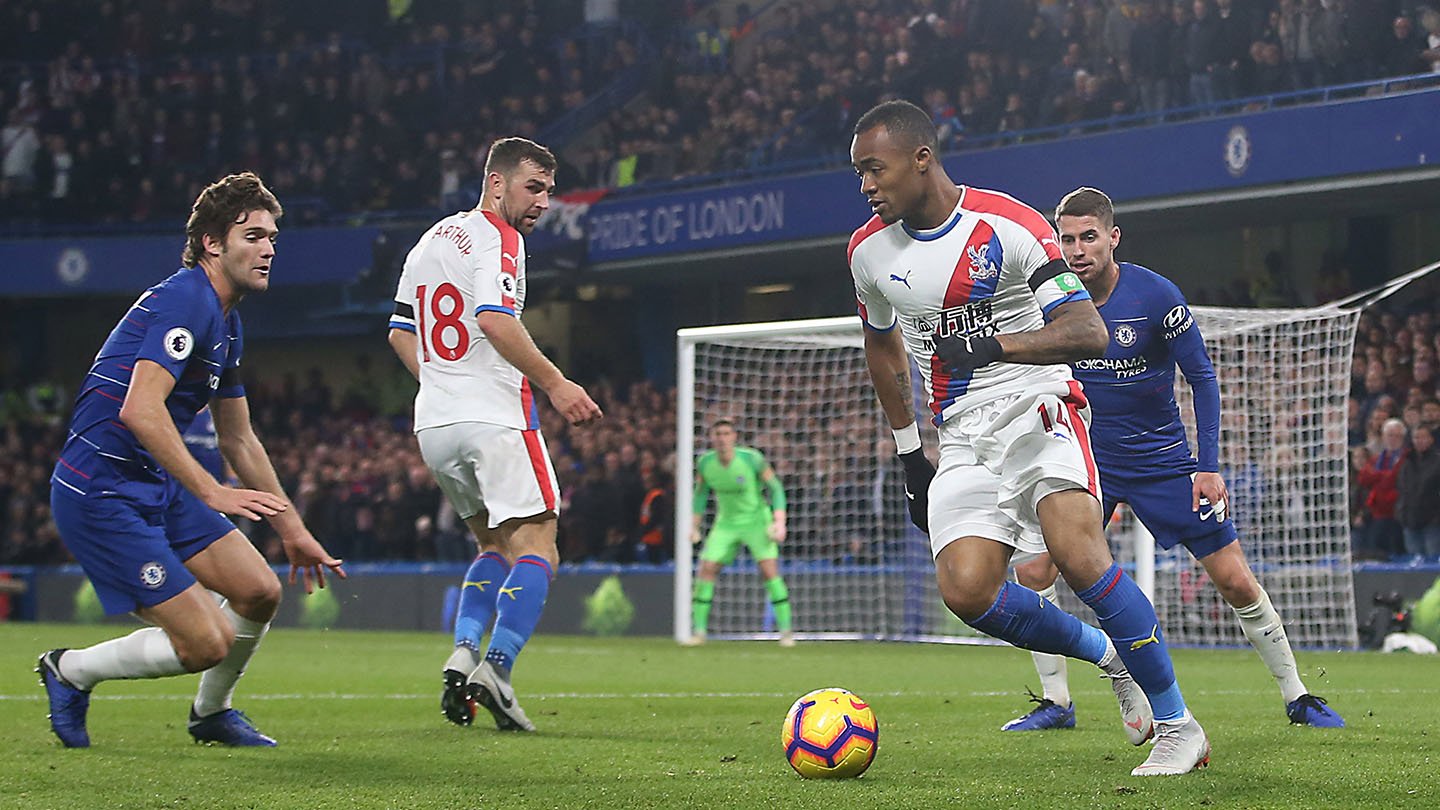 Palace have their own threats, however, and Jordan Ayew could become the fourth player in Premier League history to score away against Arsenal, Manchester United and Chelsea within the same campaign, after Robbie Earle (1995/96), Darren Bent (2008/09) and Ashley Barnes (2018/19).

Hodgson has said that he has an entirely fit first-team squad to face Chelsea.

Chelsea have more pressing injury concerns, though, with Ross Barkley unable to play, Mount suffering from a minor ankle injury but expected to feature and Ruben Loftus-Cheek still a relatively long-term absentee. Antonio Rüdiger is out for the next three weeks.

In better news for the Blues, N’Golo Kante returned to the squad on Tuesday night against Ajax, having suffered from injuries all season.