Crystal Palace will look to spoil the party for champions-elect Manchester City as they visit Selhurst Park on Saturday, 1st May (12:30 BST).

It may prove to be an arduous task for the Eagles, as the previous meeting earlier in the season saw Manchester City run away as 4-0 winners.

Recent results against the Citizens can provide a sense of optimism for the Eagles, with the last-gasp 2-2 draw against them coming last season. In the season prior, Andros Townsend scored the Premier League Goal of the Season in a 2-3 win at the Etihad.

The Eagles come into the fixture on the back of a narrow defeat against Leicester City only five days earlier.

Since the turn of the year, the Eagles have secured five clean sheets at home and will look to add another to their tally against City - although their last clean sheet against the Citizens came on New Year’s Eve in 2017.

This game will be the third, in three different competitions, in the last six days for Man City. They arrive at Selhurst Park after an impressive 2-1 win in France on Wednesday against Paris St Germain, in addition to their victory over Tottenham Hotspur last weekend which saw them lift the Carabao Cup.

Pep Guardiola’s men have been in fine form this season as they look to secure the Premier League title this weekend, but they did fall to a 2-1 defeat against Leeds United just over a week ago.

A victory at Selhurst Park will see the Eagles equal their record of 11 wins from last season and surpass the 40-point mark, which could mathematically secure Premier League safety for another season depending on results elsewhere. 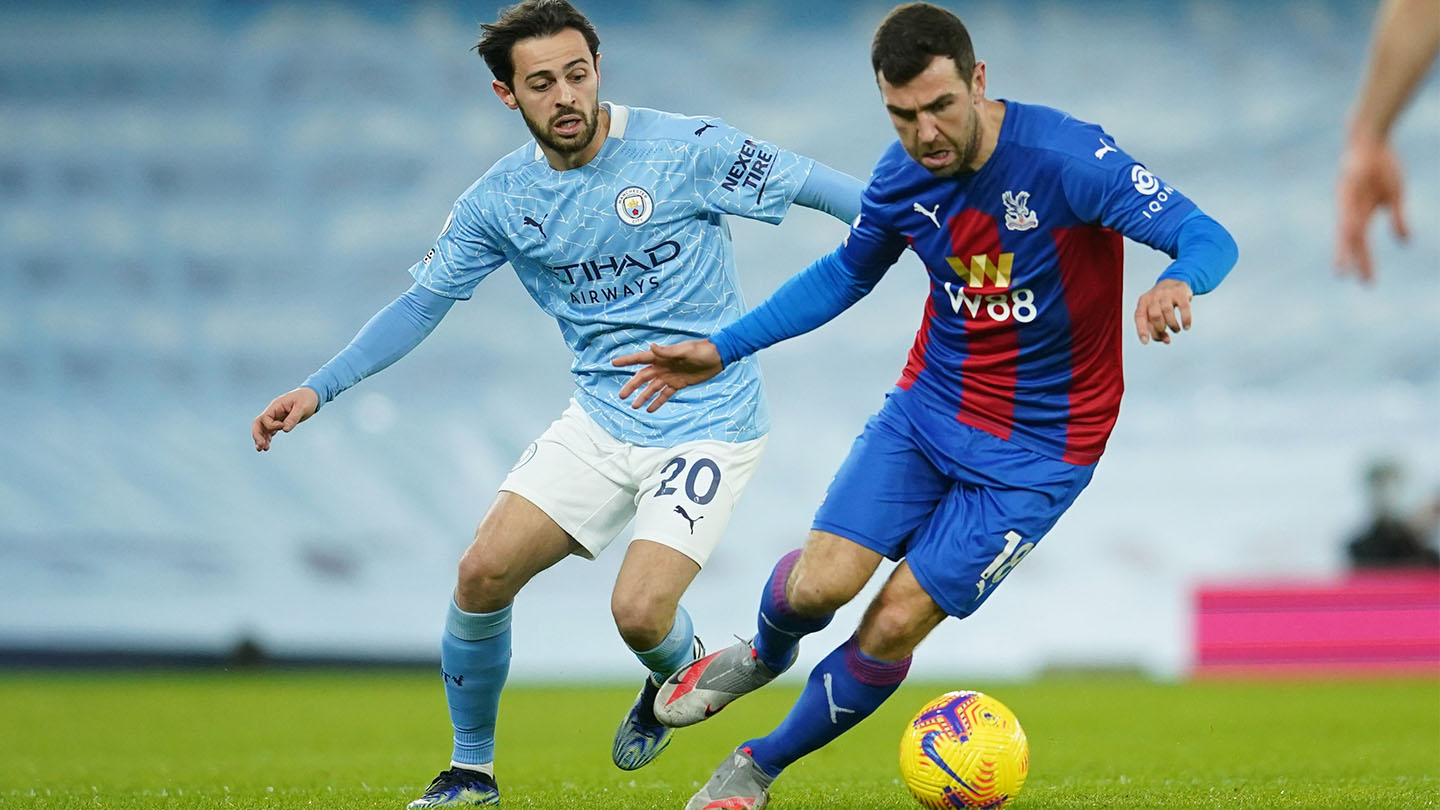 The Eagles deployed a fluid 4-5-1 system in the narrow defeat against Leicester and may do the same against Manchester City, with Eberechi Eze playing more centrally in midfield and leading goalscorer Wilfried Zaha out wide. Captain Luka Milivojević played a deeper role, behind Eze and Jaïro Riedewald, whilst Christian Benteke was the lone target man.

Manchester City have alternated between a 4-3-3 and a 4-2-3-1 formation throughout the season, rotating many players to fit the required system. Given that City played the Champions League game without a traditional striker, Gabriel Jesus or Sergio Agüero may be leading the line on Saturday. Captain Fernandinho could return to the midfield having sat out in midweek, along with England winger Raheem Sterling.

Palace were without veteran defender Gary Cahill for the clash against Leicester City but his progress will continue to be assessed prior to kick-off. Fellow centre-backs Mamadou Sakho and James Tomkins returned to training, but did not feature last time out.

Manchester City have a clean bill of health coming into this game. Their only absentee is defender John Stones who is suspended.

Wilfried Zaha’s goal against Leicester City last time out equalled his career-best tally of 10 goals in a season.

The official Palace app’s match centre is the place to be for everything you need during the Manchester City clash. With live stats and alerts, a running match commentary feed and lineups the moment they’re released as well as all an instant match report and post-match reaction from Palace TV, there’s no need to leave the app to follow the Eagles’ efforts.

READ NEXT: Crystal Palace v Manchester City: Full match details and how to watch on TV