Crystal Palace are in a good position ahead of Sunday’s Premier League clash with Fulham, sitting 10 points and five places above Scott Parker’s side in the table who, in 18th, are battling relegation.

That should not belie an easy game for the Eagles, however, with the Cottagers actually one of the league’s form sides – winning two and drawing two of their last four matches.

Palace last met Fulham on 24th October, 2020, with Wilfried Zaha bagging the goal that nudged them to a 2-1 victory. Down to 10 men, a stoppage time effort from Tom Cairney was Fulham’s only consolation.

Fulham forward and Jamaica international Bobby Decordova-Reid is a familiar face for the south Londoners after netting against Palace for former club Cardiff City in 2019. He signed a permanent contract for Scott Parker’s side last year. 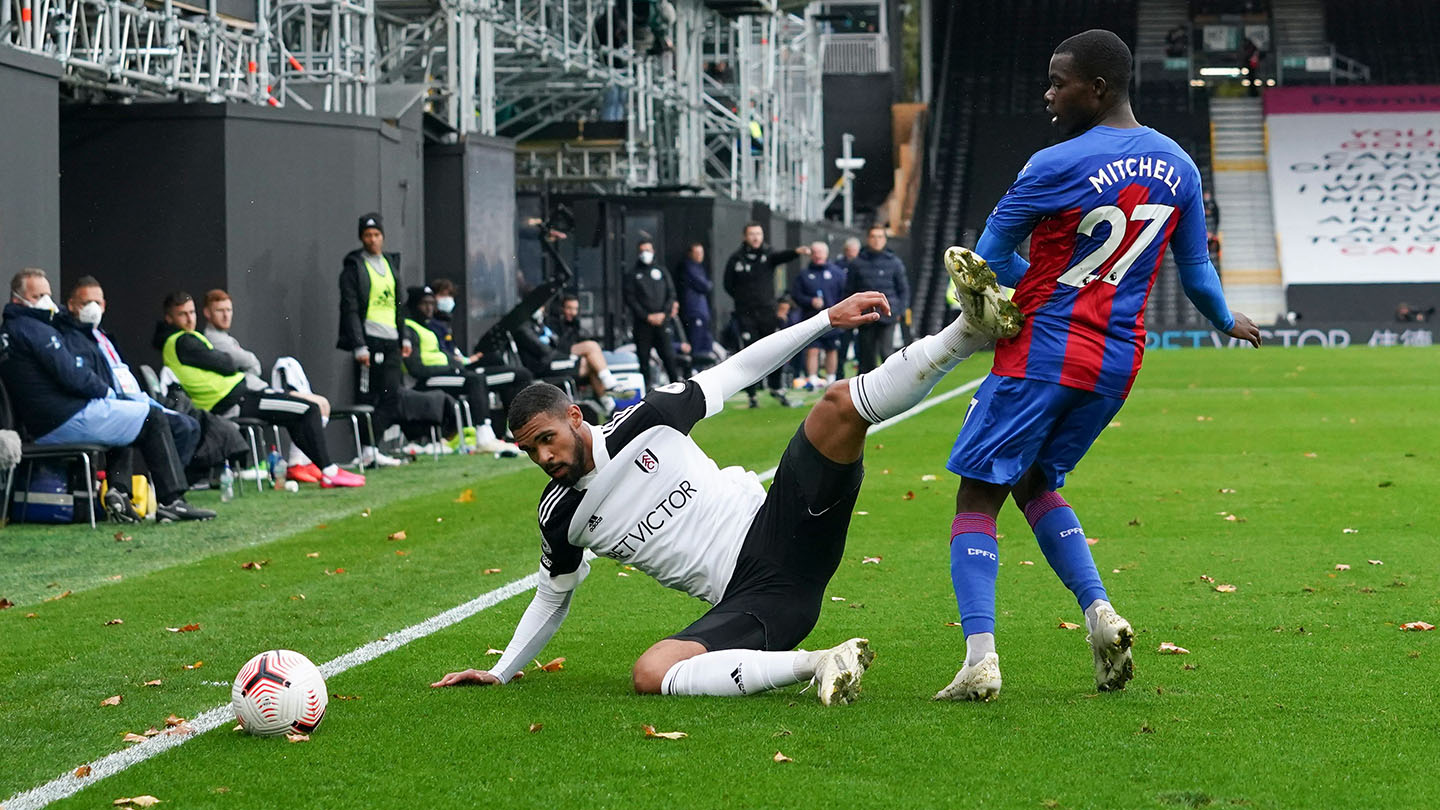 Palace will be buoyed after their remarkable victory against Brighton & Hove Albion, secured through Jean-Philippe Mateta’s impressive backheel and the stoppage time spectacular from Christian Benteke, his record-equalling fourth strike after the 90th-minute.

Fulham are relatively fortunate in the injury department, with only Cairney confirmed as unavailable. Aleksandar Mitrovic is a doubt.

Though Fulham are without a loss in their last six away league matches, Palace have notched three victories against them in their last three meetings.

The Cottagers’ last match saw them take three points in a 1–0 victory against bottom of the league Sheffield United, with striker Ademola Lookman netting a second-half goal - his fourth from 23 appearances this season. Combined with three assists, Lookman has the joint-most direct goal involvements for Fulham this season.

Though Zaha has bagged the most goals for Palace so far this season (nine), Benteke has registered the most on target shots (17) for the club. Manager Roy Hodgson recently commended the frontman, saying:

“We have a squad and we can only pick 11. The only answer to that is to make certain that when you get your chance, you take your chance. All too often players would prefer to feel sorry for themselves, rather than do what Christian did tonight [v Brighton].” 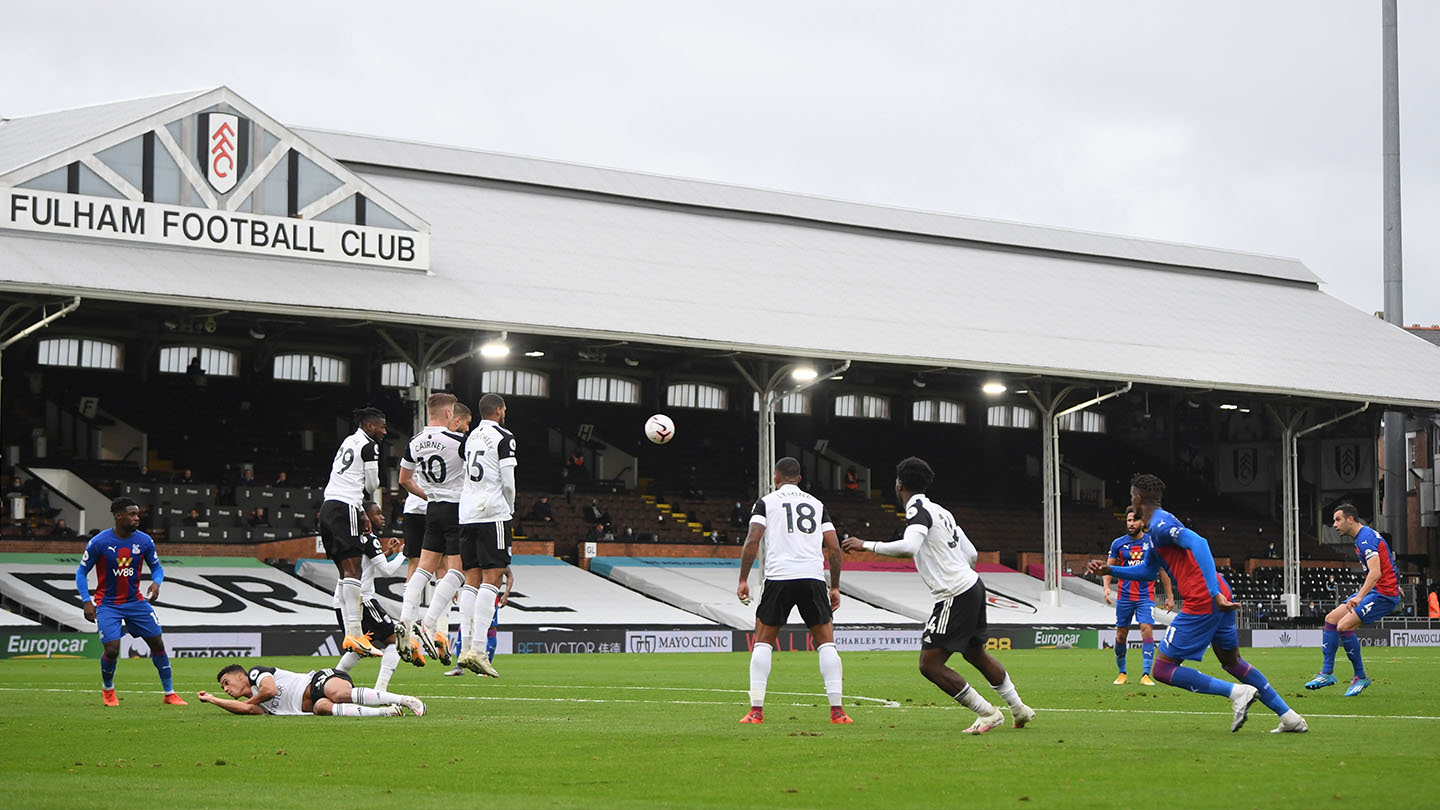 Fulham fielded a 4-2-3-1 lineup against Sheffield United but are relatively flexible – usually kicking-off with a back four and switching their midfield and attack depending on the opposition.

The Eagles will have a tough time breaking the visitors down, with the Cottagers having drawn a staggering 10 of their 25 games – second only to Brighton on 11.

Sunday’s match will see Hodgson reunite with his former club. He led the Cottagers for three years between 2007-2010. Scott Parker transferred to Fulham in 2013 and became manager in 2019 – taking the Londoners up through the Championship play-offs.

The last time Fulham won against Palace was seven years ago, a 4-1 defeat in October 2013. This will be the two sides’ seventh Premier League meeting.

Never before have Fulham conceded four consecutive league matches against the Eagles and in just one previous meeting, against Wimbledon, have the Eagles earned four or more consecutive top-flight victories.

Palace v Fulham will be shown live in the UK via the BBC. Full details can be found here.

The official Palace app’s match centre is the place to be for everything you need during the Fulham clash. With live stats and alerts, a running match commentary feed and lineups the moment they’re released as well as all an instant match report and post-match reaction from Palace TV, there’s no need to leave the app to follow the Eagles’ efforts.