Crystal Palace will look to continue winning record away to Leicester City as they make their way to the King Power Stadium on Monday, 26th April (20:00 BST).

The last meeting between the two sides earlier in the season ended in a 1-1 draw at Selhurst Park. Vicente Guaita saved a Kelechi Iheanacho penalty early on, however a late Harvey Barnes equaliser cancelled out a fantastic volley from Wilfried Zaha.

Recent trips to the King Power Stadium include the 4-1 victory in February 2019 where Michy Batshuayi scored his first goal for the Eagles, and the 3-0 victory in December 2017 where Bakary Sako curled one in from 18 yards out.

The Eagles have won eight Premier League games against Leicester, which is more than they have versus any other side. In addition, four of those eight wins have come away from home, a joint-record for the Eagles.

Crystal Palace come into this game after a 16-day break, as the Southampton fixture was postponed due to the Saints’ FA Cup commitments.

Though the last outing at Selhurst Park ended in defeat against Champions League-chasing Chelsea, the last trip on the road for the Eagles saw them secure a vital point at Goodison Park.

Palace will look to build on that result and capitalise on their strong away form against the Foxes. Christian Benteke may prove to be pivotal in securing a result for the Eagles as five of the Belgian’s six goals this season have come away from home.

In contrast to Palace, Leicester come into this game having played three matches in 10 days. After securing their place in the FA Cup final after a hard-fought 1-0 win over Southampton last weekend, the Foxes brushed aside relegation-threatened West Bromwich Albion in a 3-0 win on Thursday.

Brendan Rodgers’ men have been in fine form this season as they look to secure a top four spot, however they have lost two of their last three home games in the Premier League and the Eagles will look to add to this tally.

A victory at the King Power Stadium will see the Eagles equal their record of 11 wins from last season and surpass the 40-point mark, which almost secures mathematical Premier League safety for another season. 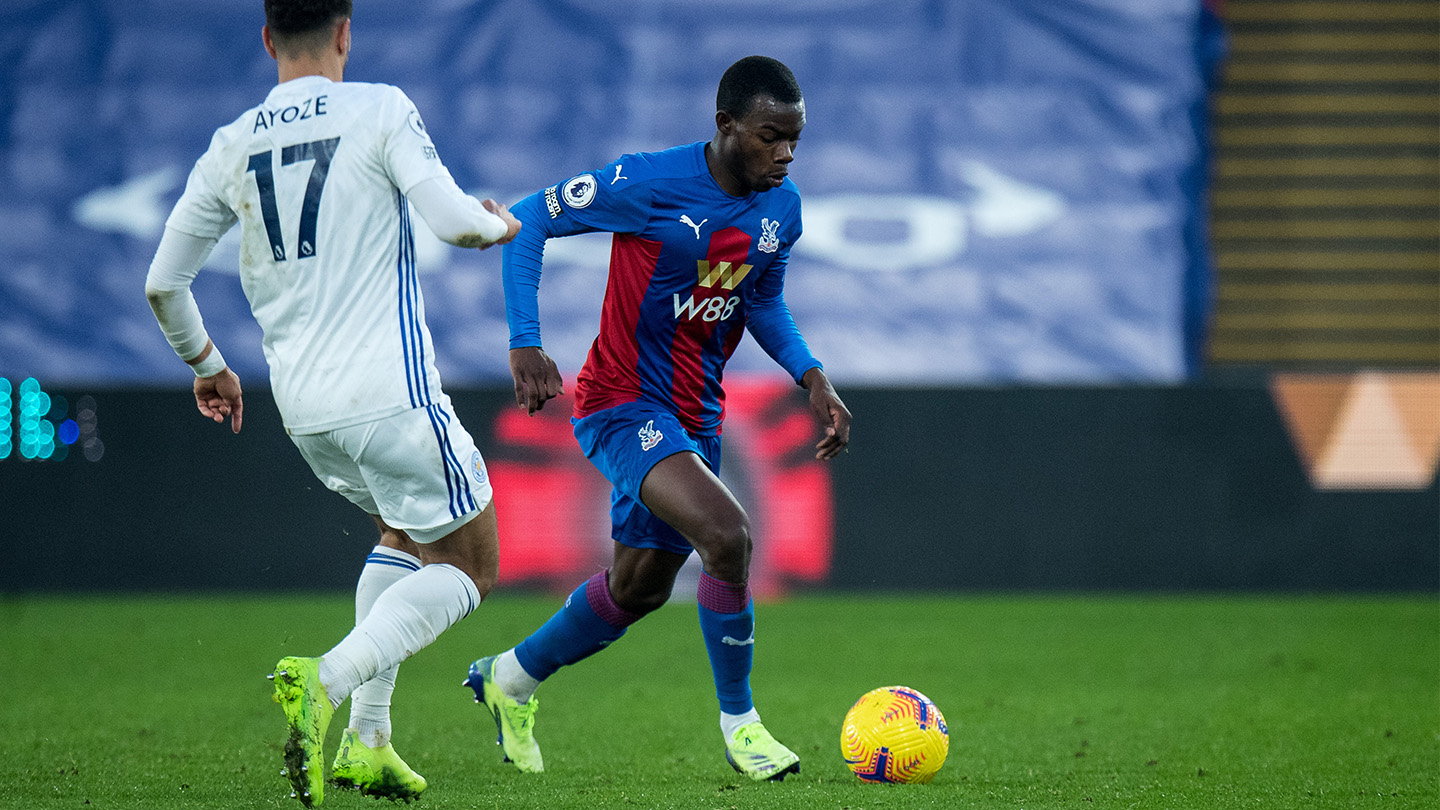 Rodgers' Leicester have deployed a 3-5-2 in recent games. Talismanic striker Jamie Vardy has often played alongside the in-form Ihenacho up-front, with defender Çağlar Söyüncü returning to bolster their defence.

Given the long break between games for the Eagles, Hodgson discussed the side's fitness in detail during his pre-match press conference, and you can read what he had to say here.

Leicester have most of their players available for the game on Monday night, although winger Harvey Barnes and full-back James Justin are both ruled out with knee injuries.

Foxes captain Wes Morgan is their only doubt coming into the game as he is nursing a back injury.

Palace’s Zaha has been involved in six goals in his last six Premier League appearances against Leicester, scoring five and assisting one.

None of the Eagles' last eight visits to the King Power have been drawn, with both sides winning four each in this spell since a 1-1 Championship meeting in April 2011.

Leicester City v Crystal Palace will be shown live in the UK via Sky Sports. Coverage starts from 19:00 BST.

The official Palace app’s match centre is the place to be for everything you need during the Leicester City clash. With live stats and alerts, a running match commentary feed and lineups the moment they’re released as well as all an instant match report and post-match reaction from Palace TV, there’s no need to leave the app to follow the Eagles’ efforts.