Crystal Palace will look to continue their good record against Arsenal as they travel to north London on Thursday, 14th January to take on the Gunners at the Emirates Stadium.

Palace are unbeaten in four against Mikel Arteta’s side, their last meeting at Selhurst Park where a Jordan Ayew equaliser cancelled out Pierre-Emerick Aubameyang’s opening goal.

The Eagles’ recent visits to the Emirates Stadium have resulted in some of their most memorable Premier League results. In October 2019, an early Arsenal double saw Palace 2-0 down after just nine minutes, but goals from Luka Milivojevic and Ayew completed a fantastic comeback.

The previous April it was the visitors on the front foot, as goals from Christian Benteke, Wilfried Zaha and James McArthur gave Palace all three points to take back to south London.

After a difficult start to the season Arsenal are in a rich vein of form, winning three league games on the trot – including an impressive victory against Chelsea on Boxing Day. Arteta’s side scored eight times in those three games, one more goal than in their previous twelve league matches combined.

Their upturn in form means they are looking to win four straight league games for the first time since October 2018.

Palace have a good record in London derbies this season, winning one and drawing two of their four games so far, including holding Arsenal’s north London rivals Tottenham Hotspur to a 1-1 draw at the start of December.

There are plenty of familiar faces among the Arsenal ranks, with Palace duo Gary Cahill and Michy Batshuayi reunited with former Chelsea teammates David Luiz and Willian. Wilfried Zaha could come up against Ivory Coast teammate Nicolas Pepe, while Ghanaian international Jordan Ayew will line-up against international colleague Thomas Partey.

The first goal could be crucial in this game – despite Palace’s recent comebacks against Arsenal, neither side has come back to win this season after conceding first. 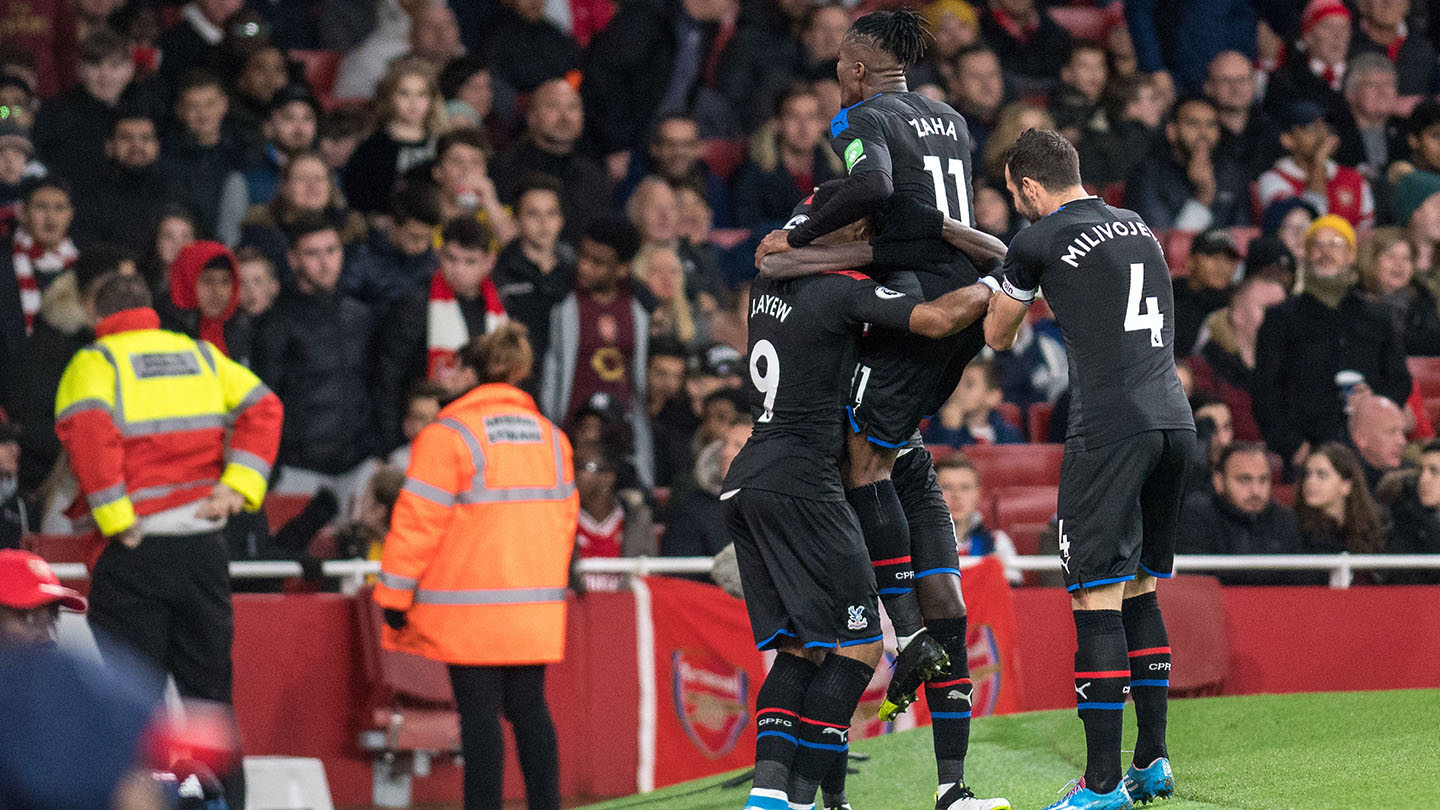 Once again, Palace’s finishing could be crucial. Using expected goals (xG), the metric which predicts how many goals a team should score based on the quality of their chances, Palace have scored 4.9 goals more than expected, with 22 goals this season compared to an xG of 17.1.

Arsenal on the other hand are slightly underperforming in the same area, scoring 20 goals despite an xG of 22.5

Arsenal have conceded at least once in each of their last 11 home league games – they last had a longer run without a home clean sheet between October 1983 and August 1984 (18 games).

Milivojevic has scored five goals in six top-flight appearances against Arsenal, with four of those coming from the penalty spot. The only player to score more Premier League penalties against the Gunners is Harry Kane (5).

Arsenal have lost their last two home league matches played on Thursday, losing 0-3 to Man City in March 2018 and 1-2 to Brighton in December 2019. However, they did beat Palace the last time the sides met on a Thursday, winning 3-2 in December 2017. 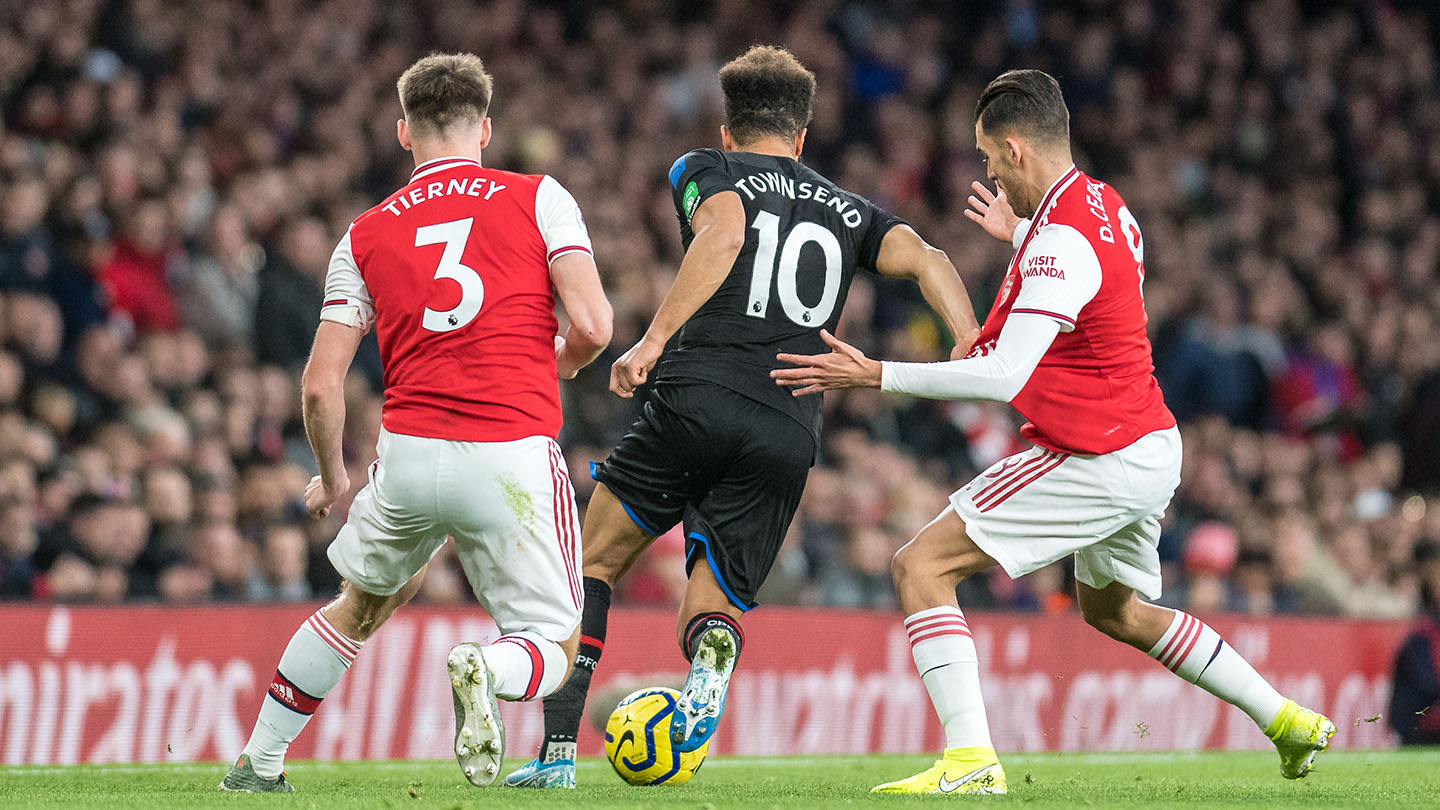 Arsenal are hoping to welcome Thomas Partey back into the squad after a prolonged injury absence; he returned to full training last week. Central defender Gabriel may also return after recovering from coronavirus.

Gabriel Martinelli is unlikely to be fit after injuring his ankle in the warm-up before the FA Cup fixture against Newcastle United.

Palace are waiting on the fitness of Gary Cahill and Scott Dann after both missed the FA Cup match against Wolves last week. Jeff Schlupp will also be assessed.

Arsenal v Palace will be shown live in the UK via Sky Sports. Full details can be found here.