Crystal Palace travel to Old Trafford today hungry to build on their well-earned draw with Manchester United in this fixture last season.

After winning a hard-fought point with Everton to start the campaign, Palace lost to newly promoted Sheffield United. And while the ‘Theatre of Dreams’ has historically proven to be a challenging setting for the Eagles, history shows you can never count them out for an unexpected result.

The last time United and Palace met within the M60, for example, Roy Hodgson’s men earned a clean sheet having lost six from their last seven games. Contrastingly, the Red Devils had recently overcome Juventus in the Champions League.

During the initial hot streak of United’s then-caretaker manager Solskjaer, the most recent match between the clubs ended in a 3-1 defeat for Palace. United, however, failed to remain the same side they were during those two months last campaign. Solskjaer won just three of the last 11 games of the season, earning the Red Devils a 6th place finish – exactly where they were before their blistering burst of form under the ‘new manager bounce’.

This season, United started their campaign with a 4-0 triumph over Chelsea in former captain Frank Lampard’s first Premier League match managing the Blues. The Red Devils then failed to make it two wins from two clashes by drawing with Wolverhampton Wanderers on Monday. Both Palace and United will be looking to bounce from their respective results in Saturday’s clash. 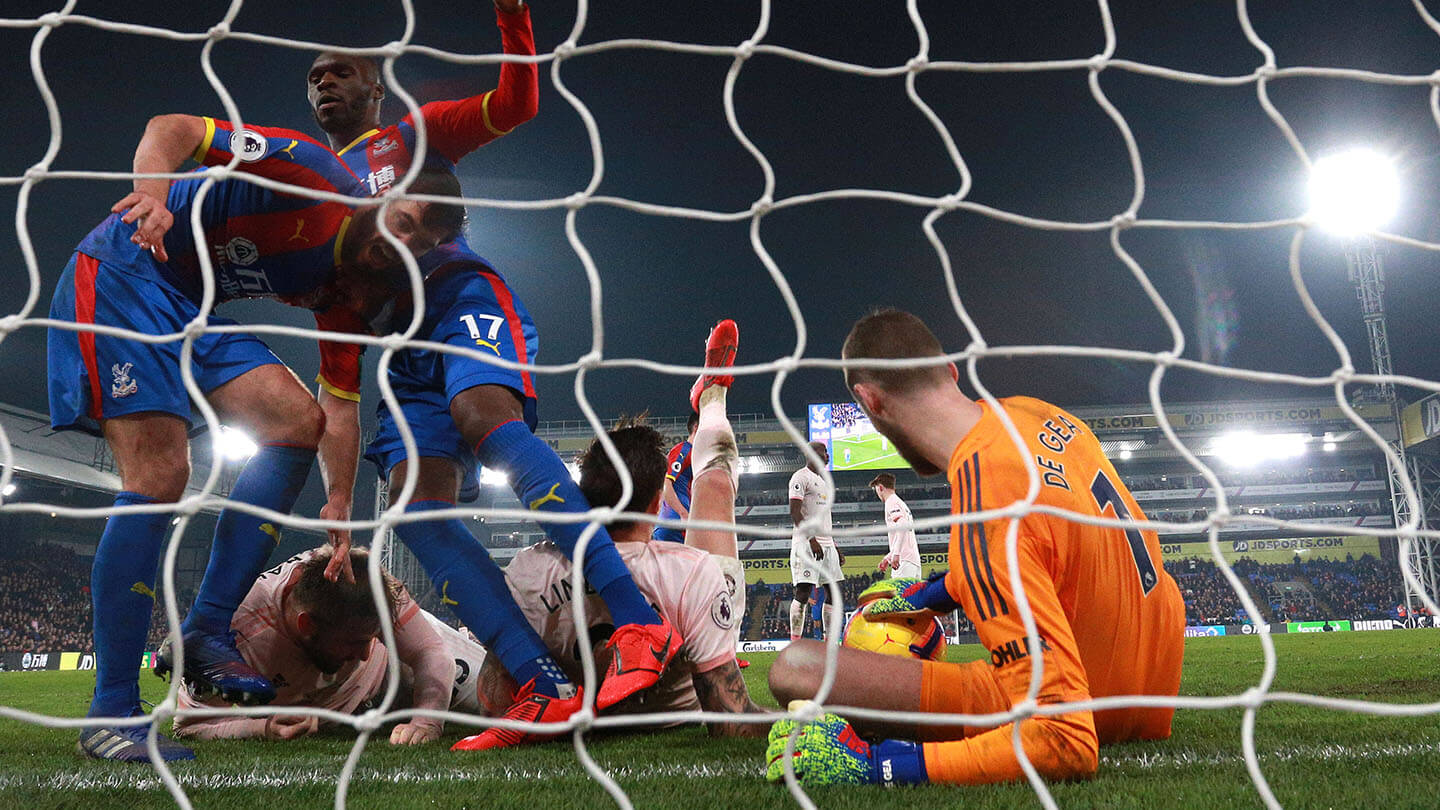 The Eagles are still without a league win at Old Trafford since December of 1989, but as Palace fans know, Hodgson’s men also have a history of taking down clubs irrespective of size when the odds seem against them. Last year Palace defeated Tottenham Hotspur in the FA Cup, eventual league champions Manchester City and Arsenal. In total, the south Londoners took eight points from the league’s top six and earned their FA Cup fourth round win over Spurs during the previous campaign.

Notable signings include Aaron Wan-Bissaka, who will be making his first appearance against his former side since signing with United in July. Wan-Bissaka is expected to start alongside the Red Devils' other notable summer signing Harry Maguire, with the former in particular enjoying an impressive start with his new club.

Hodgson has said that Palace have sustained no further injuries this week.

The Red Devils’ frontman Anthony Martial will be looking to become just the fourth United player ever to score in the first three matches of the season. He would be joining the likes of Dwight Yorke (1999), Ruud van Nistelrooy (2005), and most recently Wayne Rooney (2012).

Manchester United will likely be in their 4-2-3-1 formation with Solskjaer fielding three attacking midfielders behind a lone striker. Marcus Rashford and Jesse Lingard could provide options either side of Andreas Pereira or Daniel James. They will likely be backed up by Paul Pogba and Scott McTominay and will be looking to spearhead attacks through Anthony Martial. Defensively, United have their tandem of recent signings in Harry Maguire and Aaron Wan-Bissaka alongside Victor Lindelof and Luke Shaw.

United have scored the third most goals in the league so far with five from two games. The two clubs have both conceded just once each. It will be a challenge for Palace’s attacking players to try to break through United’s recent defensive signings and net the Eagles’ first goal(s) of the season.

The official Palace app’s match centre is the place to be for everything you need during today's clash. With live stats, a running match commentary feed and lineups the moment they’re released as well as all an instant match report and post-match reaction from Palace TV, there’s no need to leave the app to follow the Eagles’ efforts.