Crystal Palace are looking to get back to winning ways after their Monday night defeat to Leeds United when facing Burnley this Saturday (13th February).

Meanwhile, the Clarets are looking to build upon their strong second-half performance against Brighton & Hove Albion, where they earned a point in a 1-1 draw.

Palace face a Burnley side who have also been in midweek cup action against AFC Bournemouth – a 2-0 Cherries win. The Clarets played a largely rotated side in this cup clash but a few key players including Dwight McNeil played from the start and can be expected to feature again at Selhurst.

Sean Dyche’s men are sitting six points behind Palace with a game in hand, so the south Londoners will be looking for three points to open the gap and head towards the top half of the table.

Palace fans will be hoping to see more of Jean-Philippe Mateta, who made his debut against Leeds. Ben Mee and James Tarkowski have been a strong centre-back pairing for Burnley and would provide a solid challenge for the striker as he adapts to the league. 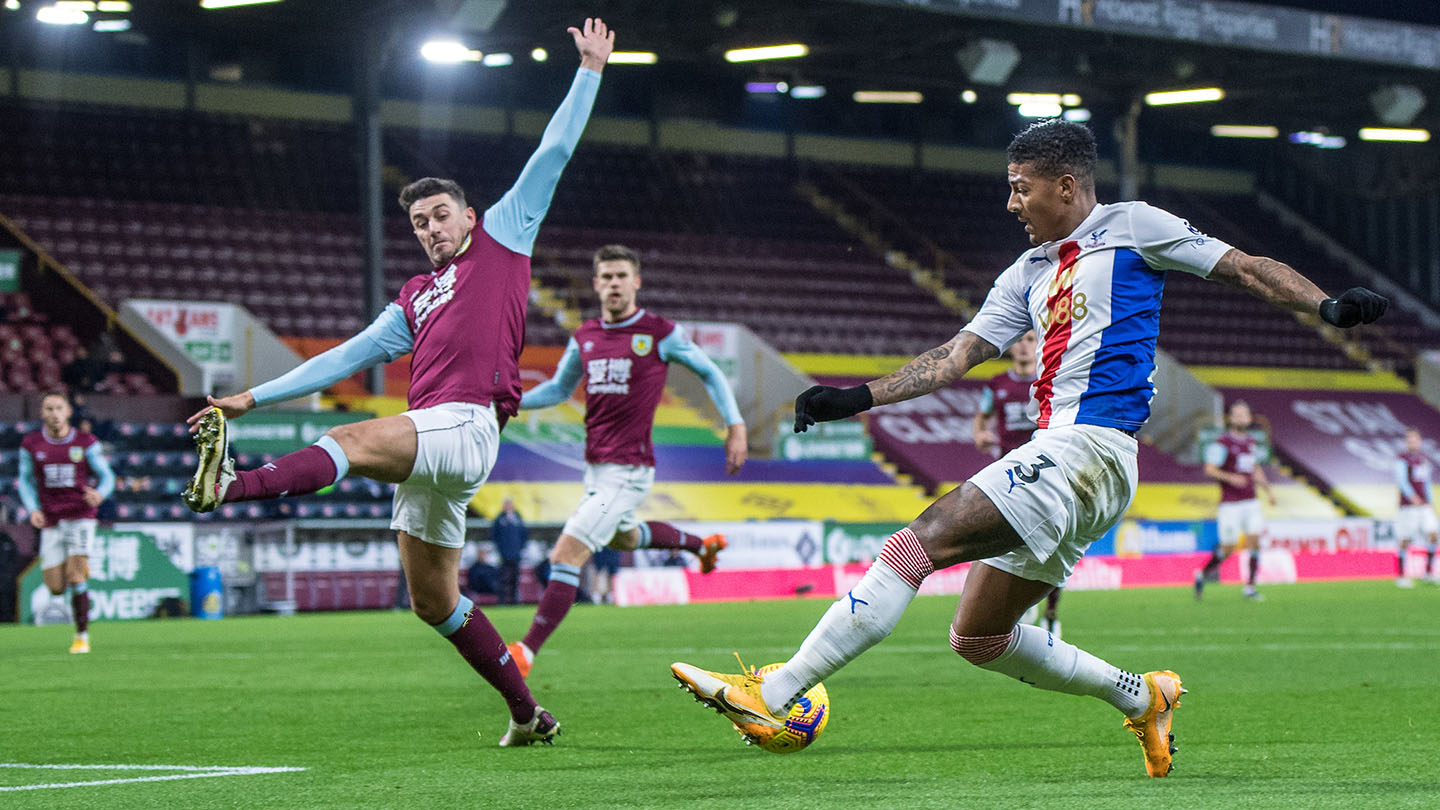 Dyche’s side are sitting 17th in the table having netted just 14 goals this season. However, they have fallen by just a single goal in five of their 11 defeats and, since opening the season with one point from six, have taken 22 from 16 – comfortably mid-table form.

Their last five league games have been a difficult run of fixtures, but there have been some positive signs which included trumping Liverpool at Anfield to end their opponents’ run of 68 unbeaten home games.

Palace must look to exploit Burnley’s poorer away form, with the Clarets winning only two of their last 11 games on the road, losing three of the last four. In away matches this season, the Lancashire side have only score five goals, the fewest of any team in the Premier League.

Burnley will most likely line-up with two strikers, however are still without the scorer from the previous meeting between these two sides, Chris Wood. Key to Burnley’s attacking threat is set-pieces and crosses into the box and Dwight McNeil’s deliveries from the left seem to be the main outlet of attacking play.

Palace will be wary of Ashley Barnes’ threat as he has scored more league goals against only Southampton (seven) than he has against Palace (four). Having missed a run of games through injury, the striker came on as a second-half substitute in Burnley’s FA Cup defeat, playing the last 20 minutes.

In the reverse fixture earlier this season, Burnley narrowly edged past Palace, winning 1-0 through Wood’s eighth-minute strike. That game in November was the 11th time the sides have met in the Premier League and drew them level with five wins each in the competition.

The Eagles will be hoping to avoid going goalless in three consecutive meetings against the Clarets for the first time. This could prove difficult against a Burnley side who have kept seven clean sheets so far this season, one of the more impressive records despite their position. 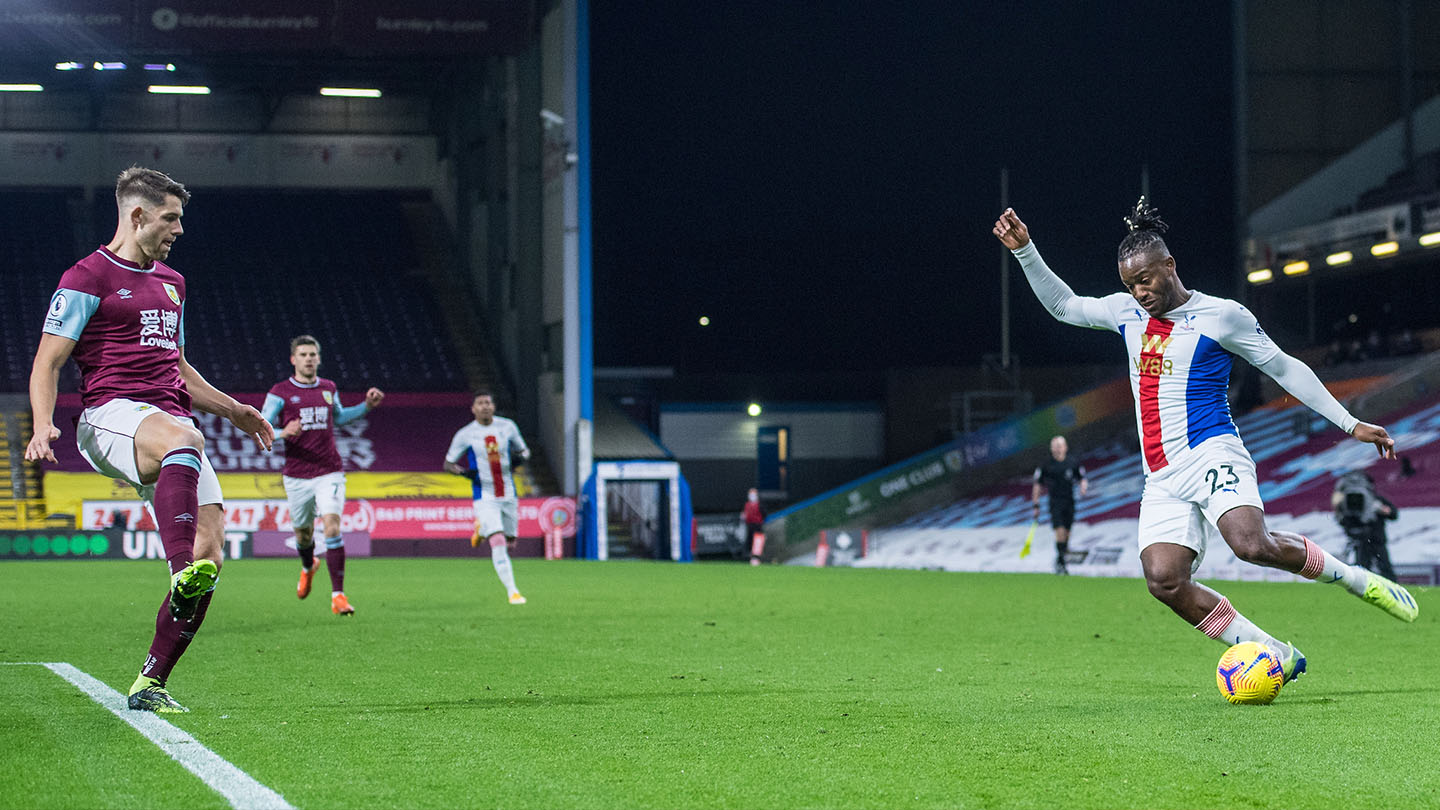 Palace are still expected to be without Jeffrey Schlupp and James Tomkins. Before facing Leeds, Roy Hodgson discussed Wilfried Zaha, saying: “You never know with these hamstring injuries, but Wilf is incredible in terms of recovery so I wouldn’t want to put a definite timeline on it. But it’s a muscle strain and all muscle strains take time to heal.”

Burnley were without Charlie Taylor and Chris Wood for their tie against Bournemouth and Dyche was cautious about rushing them both back too quickly.

Palace v Burnley will be shown live in the UK via Sky Sports. Full details can be found here.

The official Palace app’s match centre is the place to be for everything you need during the Leeds clash. With live stats and alerts, a running match commentary feed and lineups the moment they’re released as well as all an instant match report and post-match reaction from Palace TV, there’s no need to leave the app to follow the Eagles’ efforts.