The Eagles’ 1-0 win over the Saints saw them begin their Premier League season in the perfect manner, and Roy Hodgson’s Eagles will be hoping for more of the same on the south coast.

This clash against the Cherries is a unique way to start this year’s knock-out competitions, too, with Palace and Bournemouth having not faced once in a cup of any kind in 95 years.

In fact, the two teams have locked horns on 80 occasions both in league and friendly meetings since 1925, but not once in any cup.

There are a few other teams the Eagles seem to avoid from cup draws, having never faced Barnsley, Blackburn Rovers, Bradford City or Crewe Alexandra either. Conversely, Newcastle United have been League and FA Cup adversaries seven times, with two Anglo-Italian Cup meetings as well.

The Eagles and Cherries didn’t take one another on for 26 years between 1989 and 2015 - going from Division Two opponents in ‘89 to Premier League rivals in 2015. This surprising gap arose as Bournemouth’s ascent from the third-tier coincided with Palace’s promotion to the top-flight.

Now, despite the Cherries’ relegation to the Championship, Palace will have faced them for six consecutive seasons.

Should Roy Hodgson's men be victorious on the south coast, they will face Manchester City in the Carabao Cup Round Three. 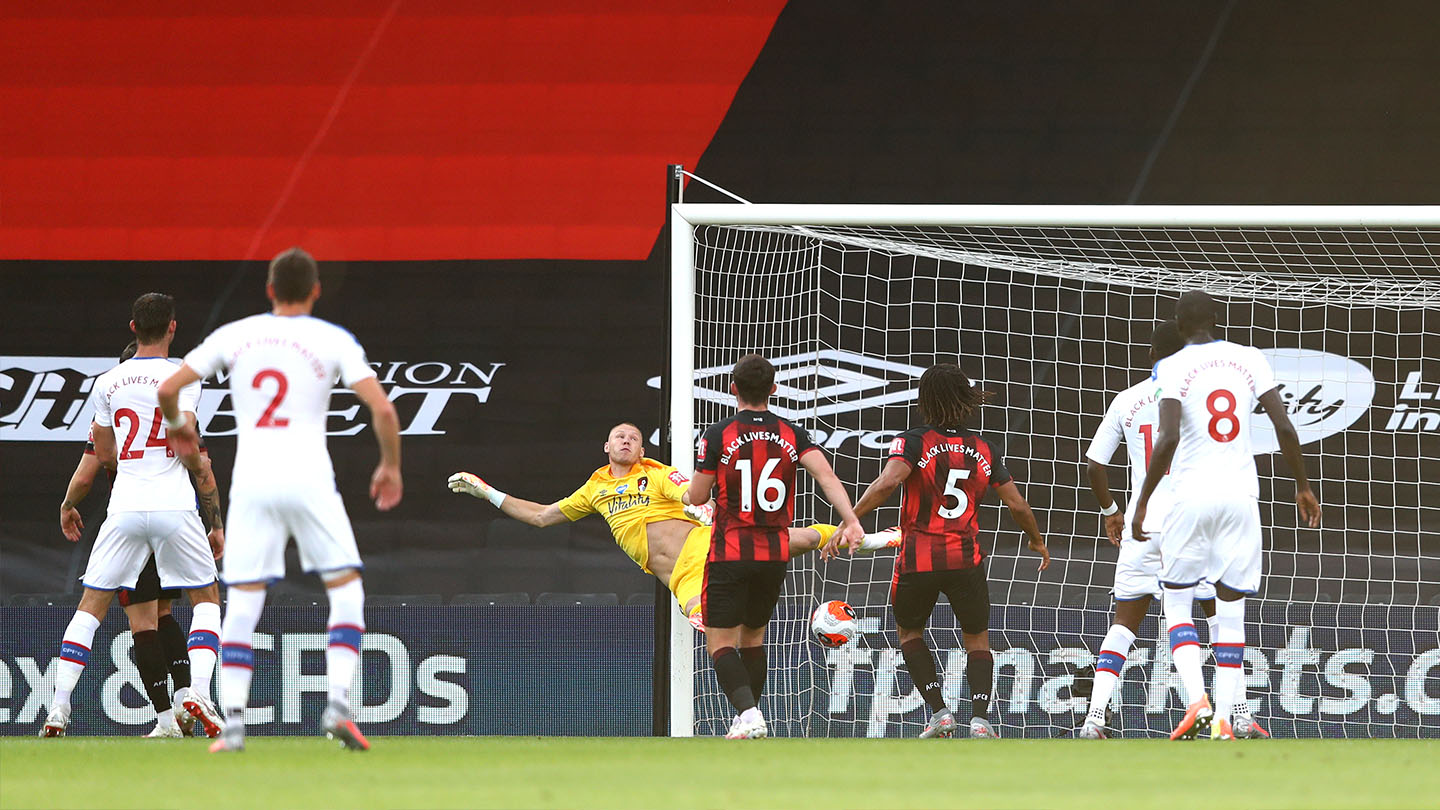 Hodgson’s charges have enjoyed confidence-inspiring form against Bournemouth lately, most recently overcoming their hosts 2-0 in the return to 19/20 action following the league’s suspension.

That win earned Palace a brace of victories against the Cherries in one season, securing their third straight win. Overall, the south Londoners have lost just once from their last eight meetings with Bournemouth - taking 15 points from that run.

But they face an energised host playing with intent under new manager Jason Tindall. Tindall, who took over from Eddie Howe in August this year, will have been buoyed by a Championship win over Blackburn and 5-3 pre-season triumph against West Ham United.

Palace's form also reads positively, with the Southampton victory taking their recent results (including pre-season friendlies) to a tally of four wins and two draws.

Bournemouth released several of their most notable players from 19/20, with the likes of Callum Wilson, Aaron Ramsdale, Nathan Ake and Ryan Fraser all making moves to stay in the Premier League.

However, this may have allowed other significant figures to step up, with Arnaut Danjuma, Jefferson Lerma and Jack Stacey each bagging against Rovers. Between them, this trio scored once from 68 games in 19/20. Danjuma also netted against the Hammers.

It remains to be seen, however, what side Tindall will field - though a strong Championship outfit such as Bournemouth are likely to provide tough opposition. 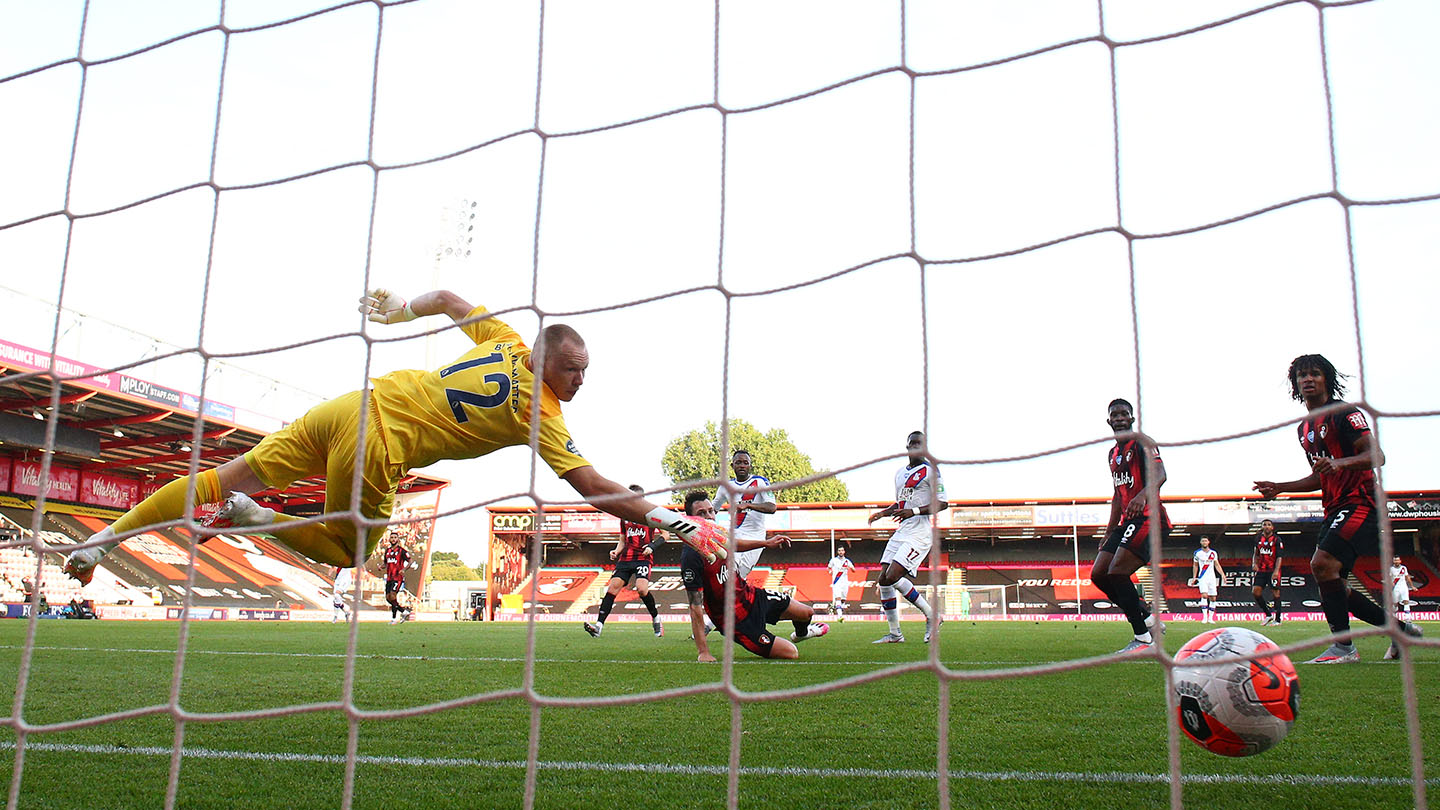 Palace were able to name recent signings Michy Batshuayi and Eberechi Eze in their squad to face Southampton, with Eze making his debut despite a lack of recent competitive minutes.

They have been boosted of late by Mamadou Sakho and Patrick van Aanholt’s return to training, and Luka Milivojevic’s increasing match fitness following a two-week period of quarantine.

Connor Wickham and Christian Benteke were unavailable against the Saints.

For Bournemouth, Diego Rico and Asmir Begovic have minor knocks and are being assessed pre-match - though Rico is unlikely to feature. Steve Cook and Chris Mepham are returning to full fitness.

The EFL will be giving supporters the chance to watch this game live. Kick-off is 19:45 BST. Full details will be released shortly.

The official Palace app’s match centre is the place to be for everything you need during the Cherries clash. With live stats and alerts, a running match commentary feed and lineups the moment they’re released as well as all an instant match report and post-match reaction from Palace TV, there’s no need to leave the app to follow the Eagles’ efforts.