In recent games, Crystal Palace have upheld an impressive record against promoted sides seeking to take points from Selhurst Park. Indeed, the Eagles have earned 10 from a potential 12 points against the league’s most recent arrivals when pitted together in SE25.

With Sheffield United travelling south today, however, Roy Hodgson’s men face a stern test of their form in such games.

The Blades take on Palace having overcome the Eagles last August in a 1-0 win at Bramall Lane. That day, United picked up their first Premier League win in 12 years via a John Lundstram strike in the 47th minute. Including that effort, Lundstram has now collected three goals and three assists for the Blades - meaning the midfielder has made a direct contribution in almost a quarter of United’s 25 goals.

Though Chris Wilder’s men enjoyed a fine start to the season, their form has dipped somewhat of late and they have dropped to eighth in the table. 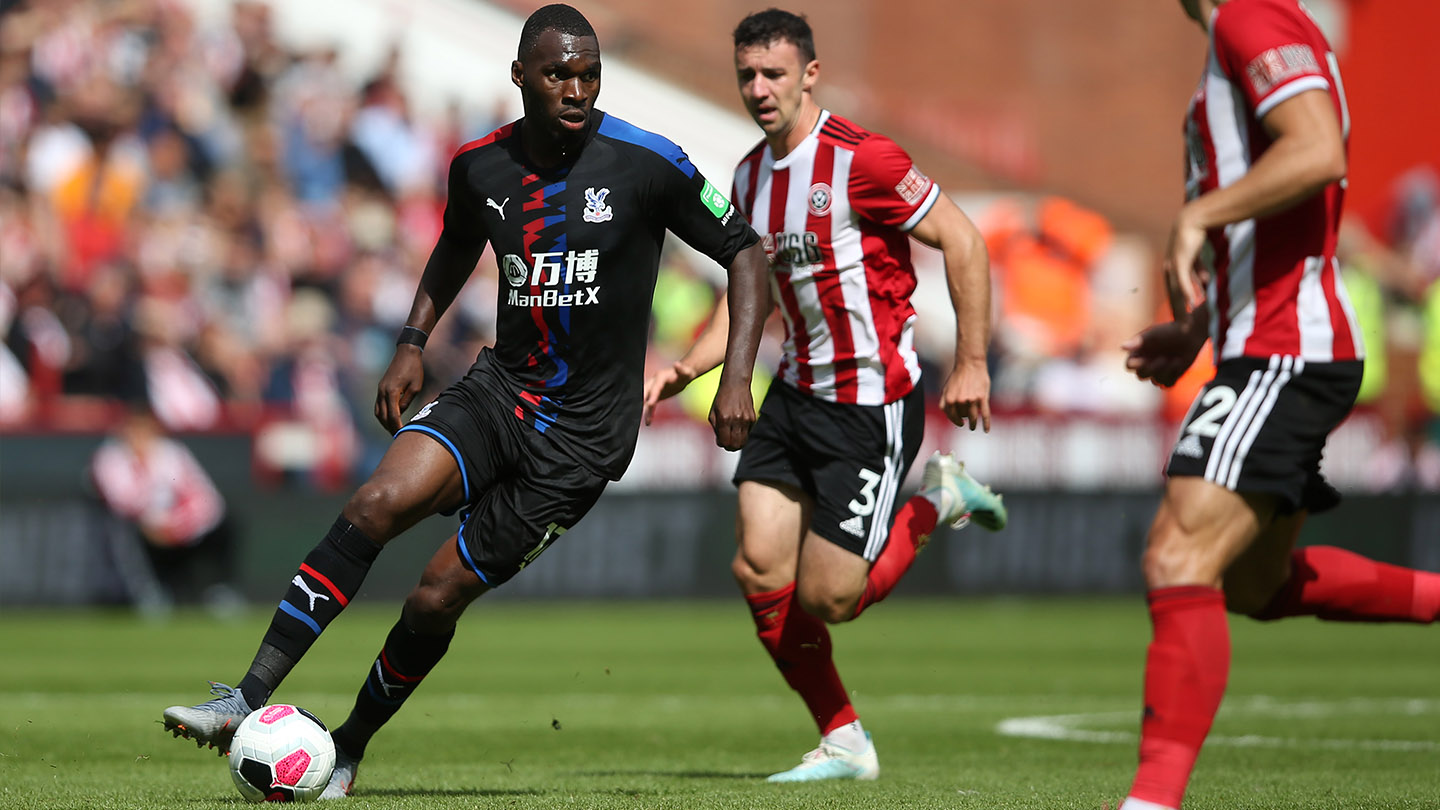 Since (and including) their match with Watford on Boxing Day, United have picked up just five points from the last 18 available (W1 D2 L3) – only West Ham United and AFC Bournemouth (four each) have won fewer over this period.

That said, the Blades have endured a relatively tough run - facing Liverpool and Arsenal, and Manchester City twice, since the Watford game. Now renowned for their defensive solidity this season, United have however managed to maintain their tight backline through such a challenging spell: only league leaders Liverpool have conceded fewer Premier League goals than them this season (23).

Another stat which highlights United’s defensive adeptness is that no shot stopper has kept more clean sheets in the top flight this season than United’s Dean Henderson (eight). Only Alisson (one every 214 minutes) has a better minutes-per-goal conceded ratio this term than Henderson's 104.

Sheffield United are winless in their last 19 Premier League games in London (D8 L11) since beating Chelsea 2-1 in October 1992. However, the Blades have drawn all four of their top flight games in the capital this season, coming from behind in each one. 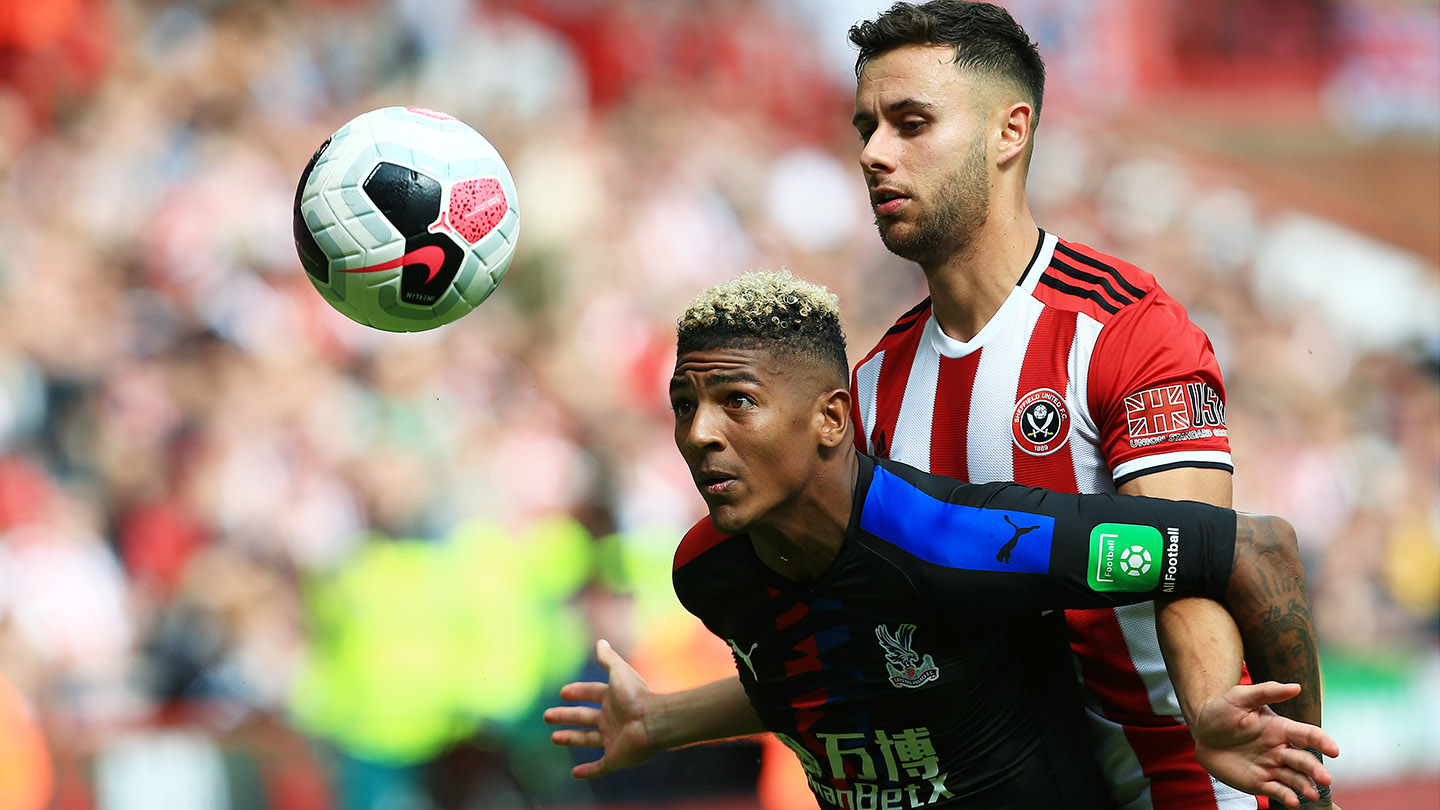 Crystal Palace’s training was boosted this week with Christian Benteke, Patrick van Aanholt and Andros Townsend both continuing their recoveries on the turf. Hodgson has now confirmed that all three are fit to play, however Cenk Tosun is suffering from a hamstring injury.

United’s David McGoldrick appears to be the Blades’ only injury concern, with the instrumental forward a minor doubt for the game with Palace.

Flexible and tactically aware, Sheffield United field a 3-5-2 lineup - with the likes of Lundstram able to push forward to fuel the attacking pair in a 3-4-1-2 formation.

United’s back three switches to a back five when facing offensive pressure, particularly down the flanks, and Wilder has become notable for his utilisation of ‘overlapping centre-backs’.

The Blades’ attacking centre-backs are much discussed, but often it’s a tidbit addition to pub chat. What does it actually look like?

Typically, because Sheffield United field three central defenders with two wingbacks pushing into the midfield, the left and right centre-backs have the agency to overlap on the wings with a defensive midfielder dropping in to cover them in the back three.

If they lose the ball at the other end of the pitch with a centre-back operating along the wing, Sheffield have been known to commit a professional foul as they seek to shut-down any counter-attacks and win back possession.

This system works because United have defenders who are highly talented on the ball and so their teammates are willing to compensate for any potential defensive exposure by dropping back. Swift pushes forward from deep in their own half allow Sheffield United to suffocate their opposition by forcing the play high up the field and making the opposition focus on two or more men in a man-marking system.

There's no better way to back the lads than in person at Selhurst Park. You can buy your tickets by clicking here, by calling 0871 200 0071 or by visiting the Box Office at Selhurst Park in person.

There are a handful of tickets remaining for this clash - you can buy yours by clicking here, by calling 0871 200 0071 or by visiting the Box Office at Selhurst Park in person.