Playing on the back of drawing with the champions of English football, a five-game, seven-goals unbeaten league run and sitting pretty on 30 points, Crystal Palace will be facing Southampton on a wave of momentum.

But their south coast opposition will be travelling to Selhurst Park in similarly high spirits, having lost just one game in seven from all competitions as they haul themselves up the Premier League table.

Southampton’s start to the season was a torrid one: the Saints collected just eight points from their opening 12 games. But recently, Ralph Hasenhüttl’s men have turned their form around remarkably, now boasting 28 points from 23 games and having scalped the likes of Leicester City, Tottenham Hotspur and Chelsea.

The Eagles will take some optimism from their well-battled draw at St Mary’s in December, however. That afternoon saw James Tomkins net to earn a point from a besieging Saints side dealt an advantage when Max Meyer’s early goal was ruled out by a VAR review.

Palace will again have to be watchful, with Hasenhüttl’s side providing a real defensive challenge to the Eagles in December. And the Eagles will be alert to the fact that the Saints have scored six goals in their last three games from all competitions and Danny Ings has notched 14 goals in the league this season. 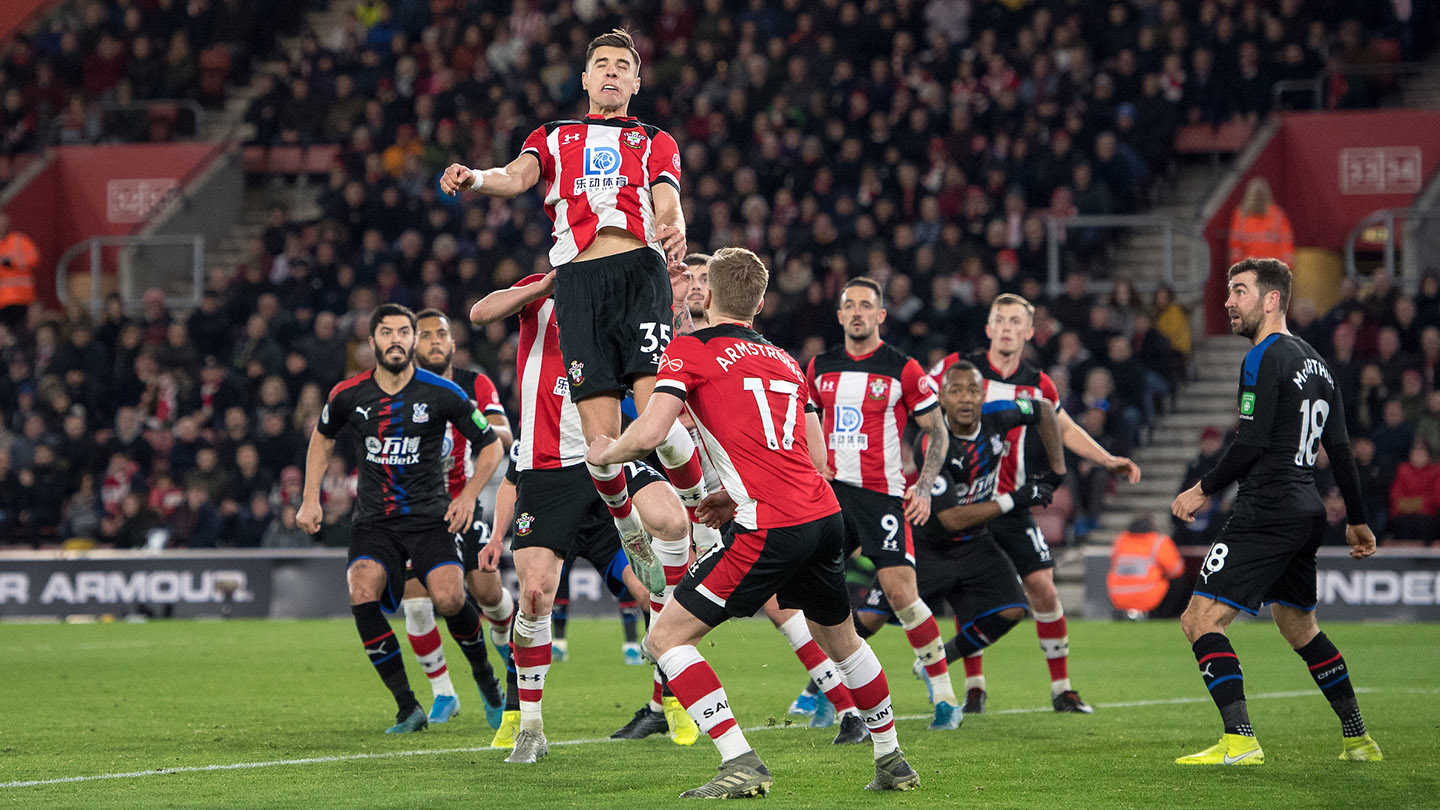 While Southampton’s away form has been a notable fillip in their success (no other Premier League team has a higher ratio of points collected away - 61%), Palace are proving phenomenally hard to beat, losing just one in their last 10 games. Furthermore, Hodgson’s Eagles have turned Selhurst Park into something of a fortress - amassing 16 points from 11 home fixtures compared with 14 from 12 on the road.

Looking at the league table, a win for Palace would put them on 33 points, however victory for Southampton would see them overtake the Eagles to sit on 31.

Cenk Tosun scored on his first start for Palace against Manchester City; the only player to score in his first two starts in the competition for the Eagles was Bakary Sako in August 2015. 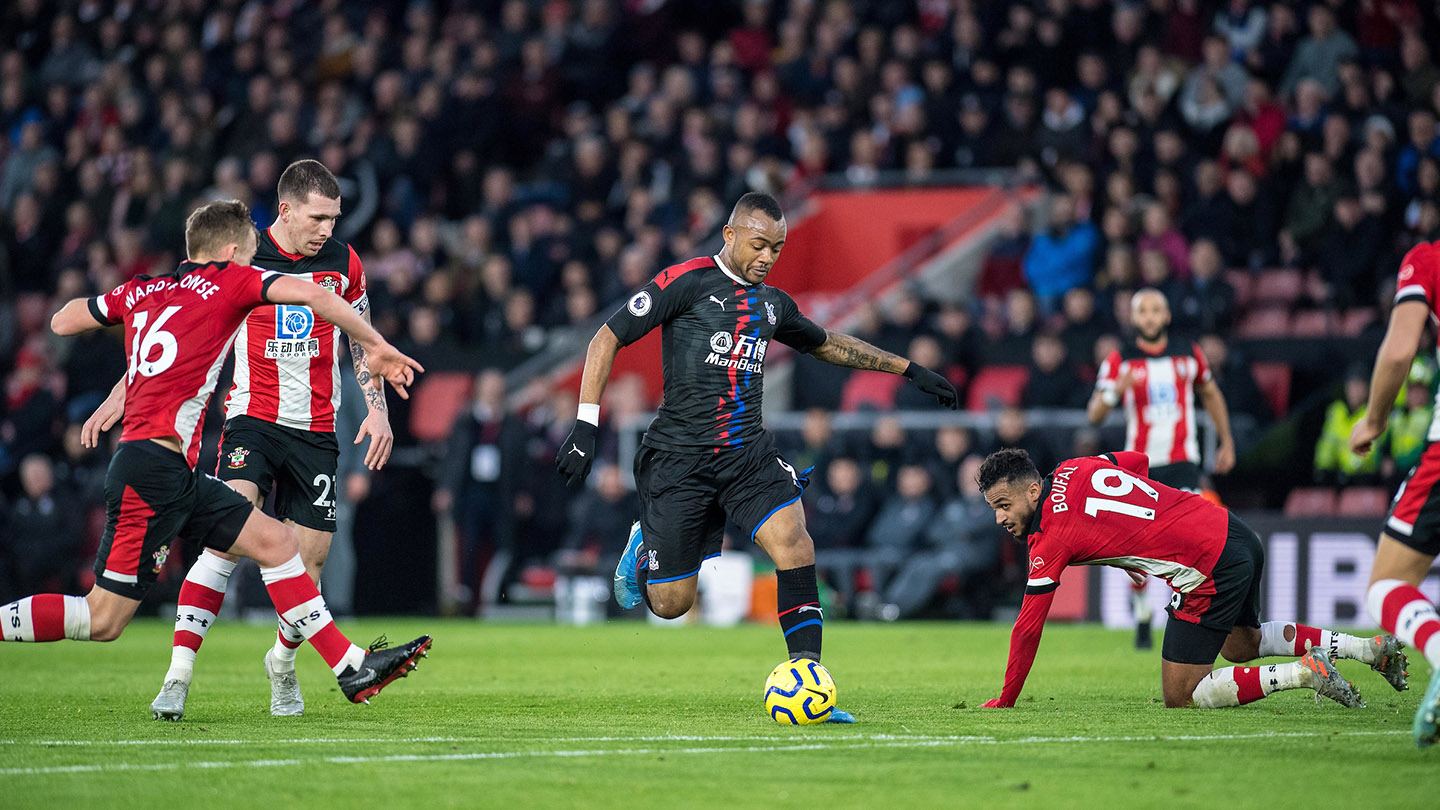 Southampton began the season playing with a flexible back five, with Ryan Bertrand and Yan Valery operating as attacking fullbacks. However, after losing 9-0 to Leicester City and then falling twice to Manchester City in four days, the Saints switched their approach: first with a back three against Everton and then four for the majority of their following games.

The result has been stark. Excluding the Everton fixture sandwiched between Southampton’s turnaround, the Saints collected eight points from their 11 games up until the City defeat and 20 from their 11 following it.

Hasenhüttl’s tactical change has allowed the team to attack more proactively; rather than soaking up the opposition inside their own flooded half, the Saints can bring the game forward and keep the opponent at bay. This was very clear against Palace in December.

Despite still suffering from a depleted squad, Palace were boosted against City by the return of Joel Ward and the inclusion of Scott Dann in consecutive matchday 18s.

Hodgson has confirmed that Max Meyer, who missed the city game after sustaining an injury against Arsenal, is fit to play again.

Southampton are relatively fortunate with injuries, as only Valery is known to be unavailable. There are doubts over Jan Bednarek, who has a slight Achilles problem.