Crystal Palace will be looking to capitalise on Everton’s weaker home form in 2021, as they make the trip up to Goodison Park on Easter Monday.

Everton ran away 2-1 winners at Selhurst Park earlier in the season. Goals from Dominic Calvert-Lewin and Richarlison, either side of a Cheikhou Kouyaté header, were enough for the Toffees as they made a strong start to their season.

Palace have drawn a remarkable six times from their last 12 games against the Mereyside outfit, however four of the Eagles’ five wins against Everton have come at Goodison Park.

The hosts come into this game off the back of two home defeats to Burnley and Manchester City, the latter being in the FA Cup.

Since the start of 2021, Everton have only managed to win one game at home - a 1-0 victory against Southampton. Only their Merseyside rivals Liverpool have a worse home record this year.

After a resolute victory against West Bromwich Albion, the Eagles come into this game in relatively strong form with their only defeat in their last five games coming to Champions League-chasing Tottenham Hotspur.

The Eagles will look to Belgian Christian Benteke to carry on his recent goalscoring form for club and country, having got on the end of two crosses to score twice in three games. Palace boast a 26.5% cross completion rate, the highest in the league.

A victory at Goodison Park will see the Eagles hit the 40-point mark and almost mathematically secure Premier League safety for another season.

Both sides seem to favour a setup with two strikers. Carlo Ancelotti’s side predominantly line-up in a 4-4-2 diamond formation against teams in the lower half of the table and did so in their defeat to Burnley recently.

The Eagles set-up in a similar vein, albeit with a flat midfield instead of a diamond, with Wilfried Zaha returning to the fold to play up-front alongside Christian Benteke in the win against West Brom.

The clash may come down to who scores first, as both teams have only gone on to win once after conceding the first goal. Additionally, with both teams quite low in the expected goals table - Everton in 12th (34.1 xG) and Palace 19th (24.6 xG) - a cagey affair might be on the cards.

Having previously come on as a half-time substitute in the game against Spurs, Palace welcomed leading goalscorer Zaha back into the starting XI for the victory against West Brom.

Roy Hodgson discussed the side's fitness in his pre-match press conference, and you can read what he had to say here.

Everton have the majority of their players available for selection ahead of the game on Easter Monday, with only midfielder Abdoulaye Doucouré and England ‘keeper Jordan Pickford being notable absentees. 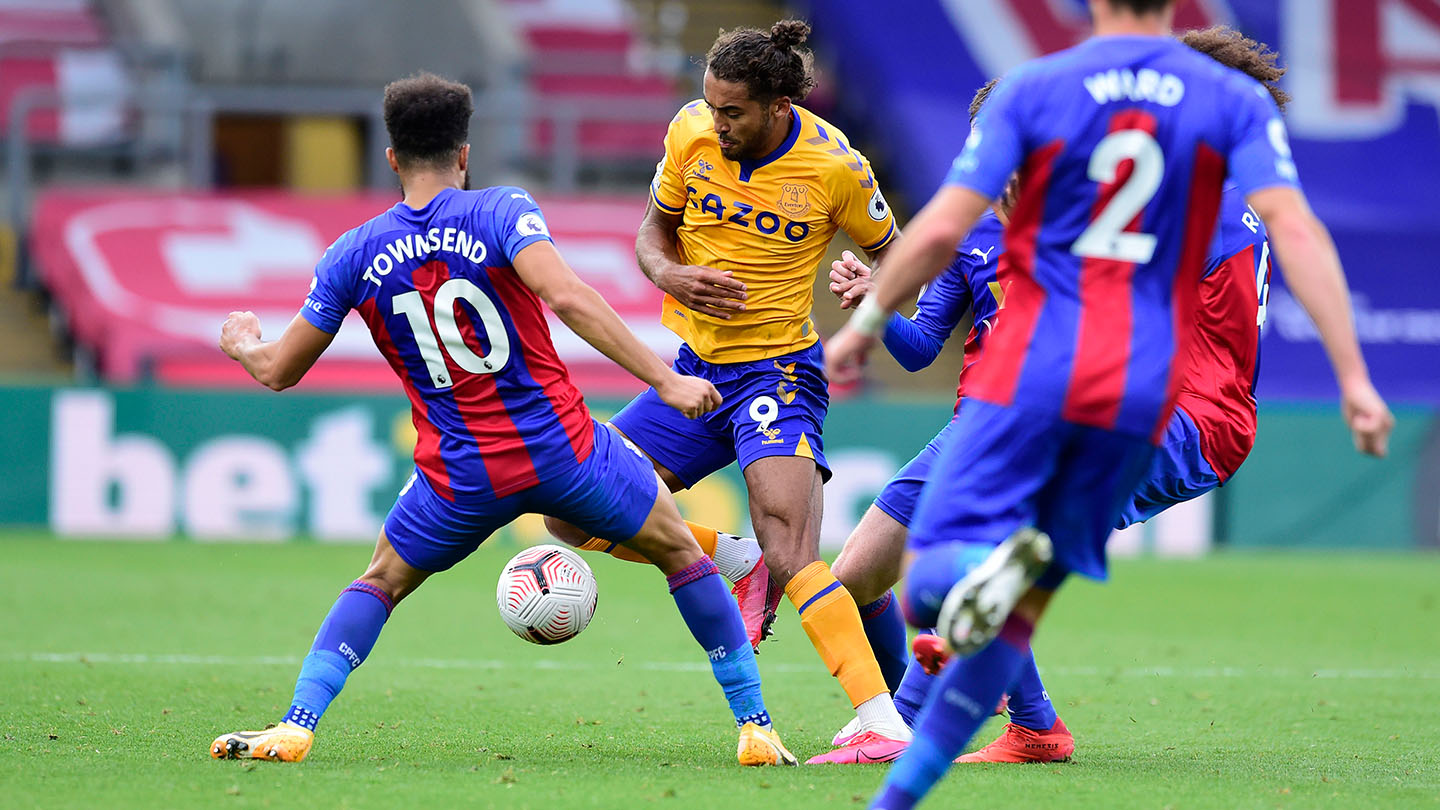 Crystal Palace’s Gary Cahill has scored more Premier League goals versus Everton than against any other side in the competition (four).

Everton vs Crystal Palace will be shown live in the UK via Sky Sports.

READ NEXT: International Eagles on song with goals from Benteke and more