When Crystal Palace take on Manchester City at the Etihad stadium, Roy Hodgson will be taking charge of his 95th Premier League game for the south Londoners - the most he has managed any club in the competition.

Hodgson has overseen 94 Premier League matches for Palace, the same number of games he led in the top flight for Fulham. From those fixtures, he has earned 122 points - just over 30% of his 401 Premier League total have been amassed with the Eagles.

But Hodgson's record-setting game will not be an easy one, with the champions of England having won all of their last five matches in the competition. Alarmingly, the Citizens most recently dispatched Aston Villa 6-1, conceding their 1,000th Premier League goal via a last minute Anwar El Ghazi penalty.

Guardiola's men set a fearsome precedent with the Villa triumph, recording their 15th victory by a margin of five or more goals from 136 PL games under Pep Guardiola. They had won by such a margin in just 13 of their previous 734. 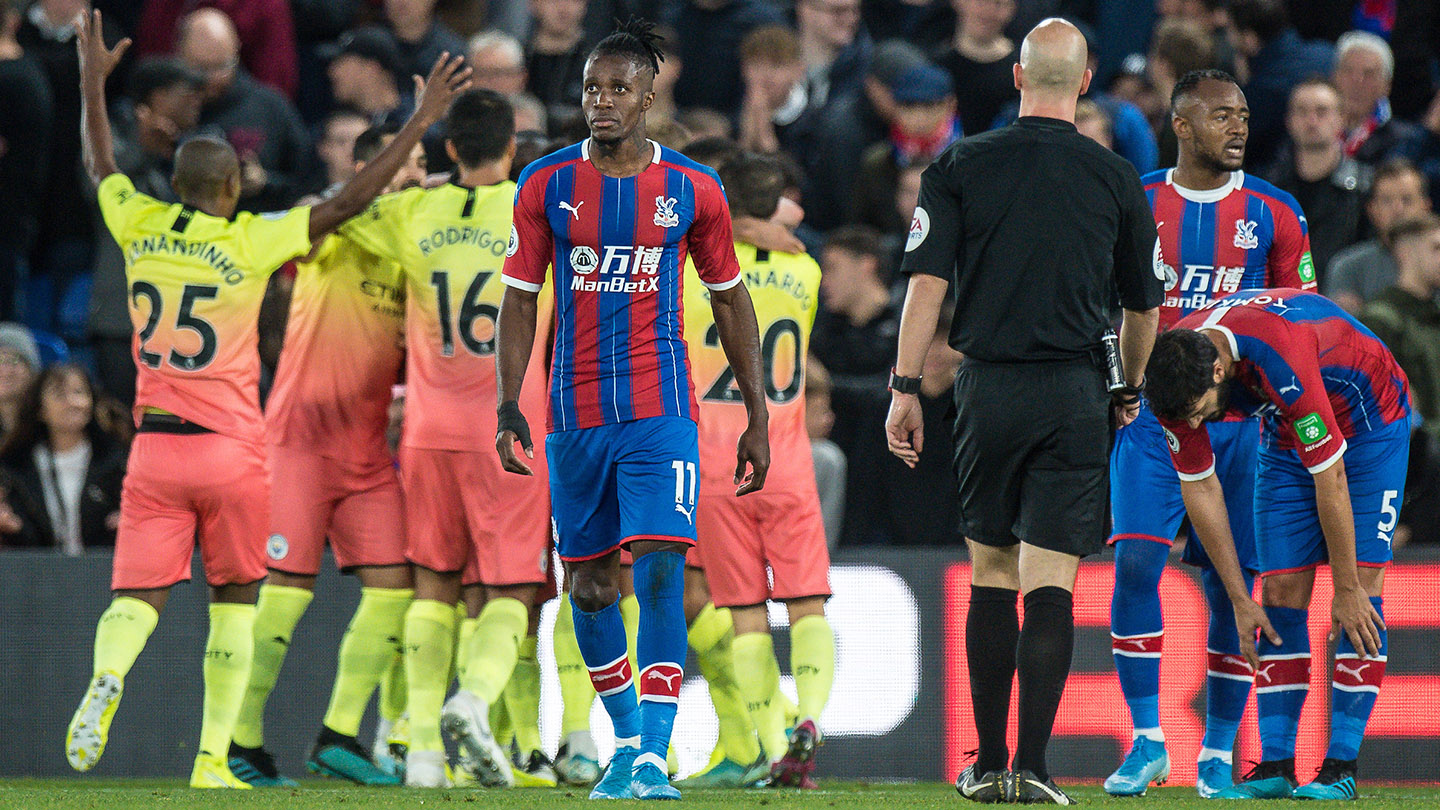 But Palace will be encouraged by a number of factors, namely their iconic 3-2 win last season at the Etihad. That game saw the Eagles battle to be on the right side of a five-goal thriller with Andros Townsend's Puskas Award-nominated strike stealing the headlines that day.

Should the south Londoners claim all three points for consecutive matches in Manchester' blue half, they would become just the third team to win away against the reigning Premier League champions in back-to-back seasons. Liverpool first managed the feat in 2000/01-2001/02 and Tottenham Hotspur followed them up in 2016/17-2017/18.

Furthermore, Palace's own recent record in the league will inspire players and supporters alike: the Eagles have lost just one of their last nine matches despite being hamstrung by injury for much of that period.

And with City losing to Wolverhampton Wanderers at the end of December and in early October, there are signs that Guardiola's men are not impossible to overcome - and Palace themselves have proved that before.

Manchester City's tactical approach is much pored over - but it is clear that Palace will have to be watchful along their flanks defensively. With fullbacks Patrick van Aanholt and Joel Ward injured over the last few weeks, the Eagles will be under pressure in the wide areas with wingbacks João Cancelo and Benjamin Mendy likely to exploit any space left out wide.

Individual attacking threats come from Raheem Sterling (who has scored three from three home games against Palace) and Kevin De Bruyne, who is in form as it is and has been involved with eight goals in nine league appearances against the Eagles (two goals and six assists). 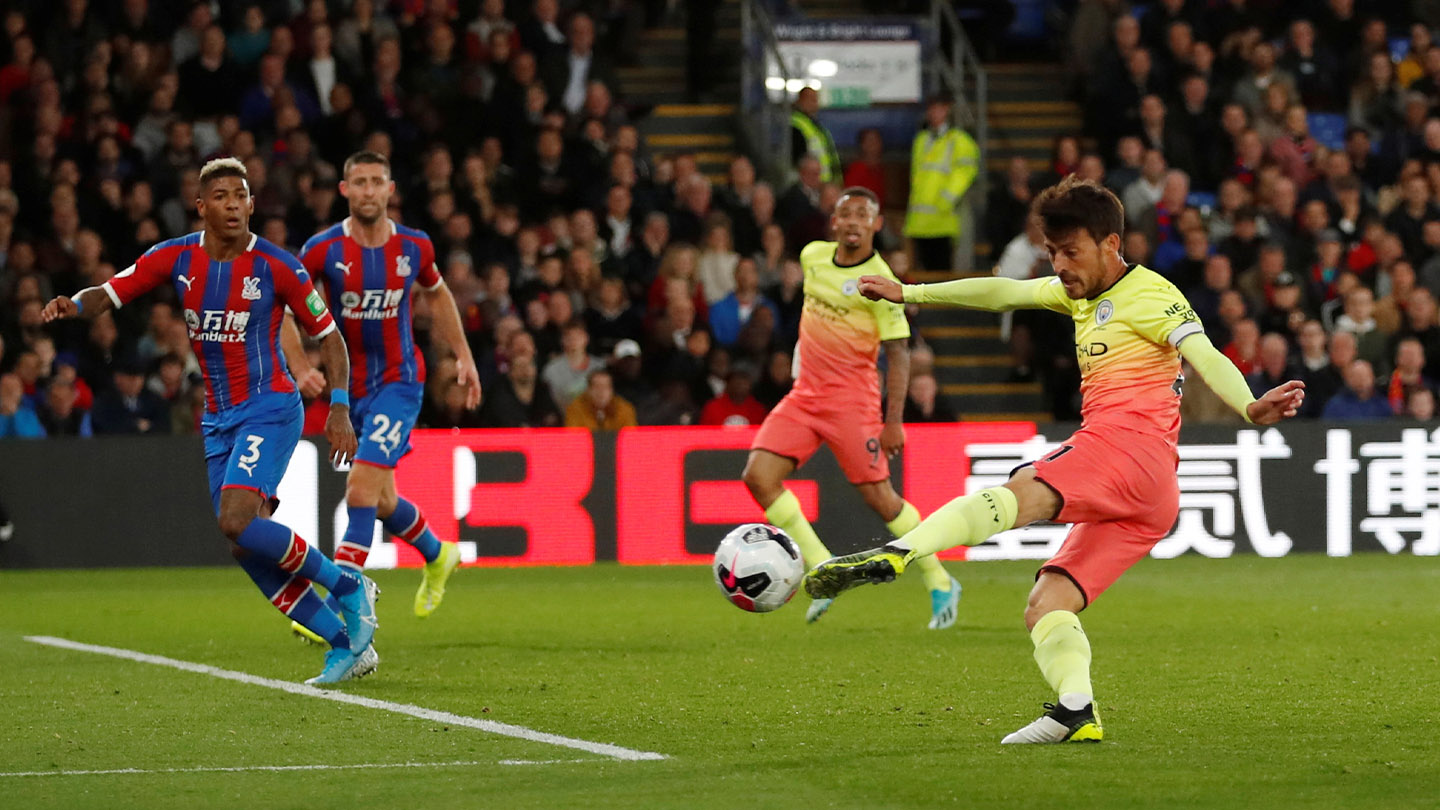 Palace are still in the throes of an injury crisis and had six first-team players unavailable through injury and captain Luka Milivojevic absent through suspension against Arsenal. Hodgson has confirmed that Joel Ward is fit and able to play against City.

City, however, have no injury concerns bar Aymeric Laporte, who lacks match fitness, and Leroy Sane, who is continuing his recovery after suffering ligament damage in the Community Shield.

The official Palace app’s match centre is the place to be for everything you need during the City clash. With live stats and alerts, a running match commentary feed and lineups the moment they’re released as well as all an instant match report and post-match reaction from Palace TV, there’s no need to leave the app to follow the Eagles’ efforts.