Palace Preview: How Eagles can secure mathematical safety against the Blades

The two teams last met at Selhurst Park shortly after the turn of the year when Palace emerged 2-0 winners thanks to an eye-catching solo goal from Eberechi Eze.

This game will be only the 12th time the sides have met in the past 14 seasons. The Eagles will aim to replicate the double over the Blades from the 2007/08 season, when James Scowcroft scored the winner in a 1-0 victory at Bramall Lane.

Mathematic safety will be of the utmost priority for the Eagles coming into this game, as a win will move them up to 41 points - out of reach of the bottom three. Victory would also see the Eagles equal last season’s total of 11 wins.

Palace will look to build on their strong form against teams in the relegation zone, having won 12 and drawn six of their last 20 league games against sides in the bottom three.

The already-relegated Blades have lost 27 of their 34 league games this season, scored the fewest goals (18) and have failed to score in more than half of their games this season. In addition, the south Yorkshire outfit have the lowest big chance conversion rate at 25% compared to Palace’s 44.7%.

The Eagles will therefore look to compound the difficult for Paul Heckingbottom’s men who have lost four of their last five games, though their last home outing saw them triumph 1-0 over Brighton & Hove Albion.

The Eagles deployed a fluid 4-5-1 system in the spirited performances against Leicester City and Manchester City and may do the same against the Blades. Eze played more centrally in midfield while leading goalscorer Wilfried Zaha was deployed out wide.

Sheffield United have preferred their tried-and-tested 3-5-2 formation for the majority of the season and look likely to utilise the same tactics on Saturday. Former Palace loanee John Egan will continue at the heart of the defence for the Blades, alongside Chris Basham and George Baldock. 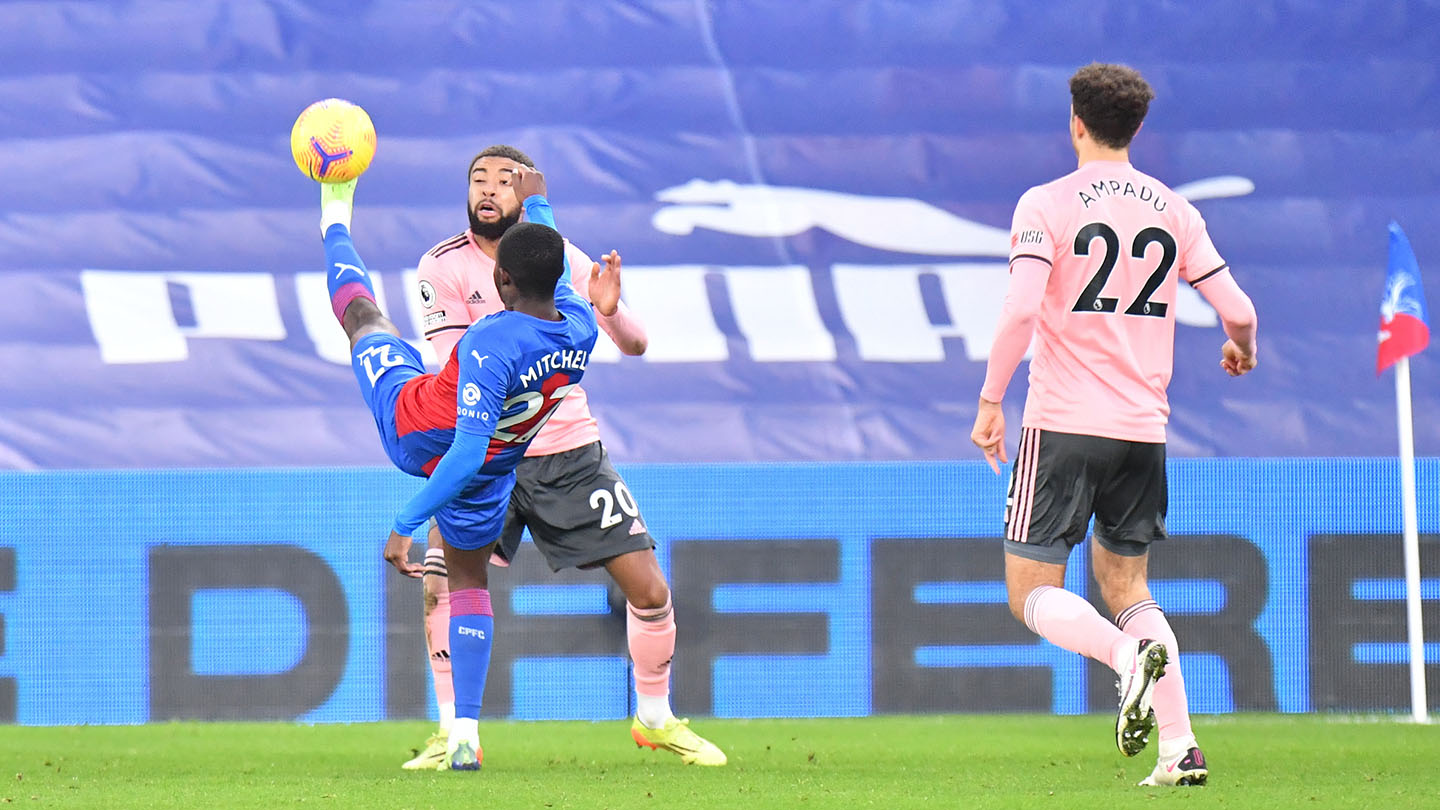 Palace’s veteran defender Gary Cahill returned to the matchday squad last time out against Manchester City. Fellow centre-backs James Tomkins and Mamadou Sakho returned to training, but did not feature in the squad. Midfielder James McArthur is still ruled out with a calf problem.

The Blades have a number of likely absentees ahead of this game. Captain Billy Sharp is ruled out with a thigh injury, along with Jack O’Connell and Ollie McBurnie who have knee and foot injuries respectively. Summer signing Ethan Ampadu is also a doubt having missed the previous game against Tottenham Hotspur with a groin injury.

This is Palace’s 10th Premier League game in the traditional Saturday 3pm kick-off slot this season, more than any other side.

Eze has netted two goals in his last three games against Sheffield United in all competitions, scoring for Queens Park Rangers in August 2018 in addition to his aforementioned wondergoal.

The official Palace app’s match centre is the place to be for everything you need during the Sheffield United clash. With live stats and alerts, a running match commentary feed and lineups the moment they’re released as well as all an instant match report and post-match reaction from Palace TV, there’s no need to leave the app to follow the Eagles’ efforts.