Crystal Palace will look to make it three games unbeaten at the Etihad Stadium as they travel to Manchester City on Sunday, 17th January (19:15 GMT).

It will be no easy task against a Manchester City side in fantastic form, on a run of seven straight victories in all competitions. In that time, City have conceded just twice while scoring 16 times.

Indeed, since a 1-0 victory over Olympiakos in November, Pep Guardiola’s side has kept 11 clean sheets in 14 games.

Roy Hodgson is aware it's a defensive record that can be daunting to opponents: “Victories where they’re not conceding goals or conceding many goal chances – that’s always a worry for an opponent like ourselves,” he said in his pre-match press conference.

“If they’re not conceding goals, they’re always likely to score with the quality of the players they have to choose from.”

However, after a hard-fought draw at against Arsenal on Thursday, Palace have recorded back-to-back clean sheets for the first time since last season, and will arrive in Manchester on a three-game unbeaten league run.

Despite their recent resurgence, this is City’s slowest start to a Premier League season in the past 10 years – and that’s not the only recent record that can give the Eagles encouragement. Palace are unbeaten in the last two visits to Eastlands, with both matches providing goals and drama.

In January 2020 the Eagles took an early lead but were pegged back by two late Sergio Aguero goals – only for a Fernandinho own goal to rescue a point for Palace in added time.

But perhaps the match that sticks in the memory more than any in recent years is the meeting of December 2018 – and THAT goal.

After Jeffrey Schlupp’s equaliser cancelled out Ilkay Gundogan’s opening goal, the ball fell to Andros Townsend a full 30-yards out. The Palace man unleashed a spectacular left-footed volley into the top corner to leave the Etihad – and the Premier League – stunned.

The goal was eventually nominated for the prestigious Puskas Award, denoting the best goals scored anywhere in the world that year, and Roy Hodgson recently named the win as his favourite as Palace manager.

Despite their enormous attacking talent, City’s goalscoring record is not a world apart from Palace’s this season. However, despite scoring just three more goals in the league, their chance creation is exceptional. 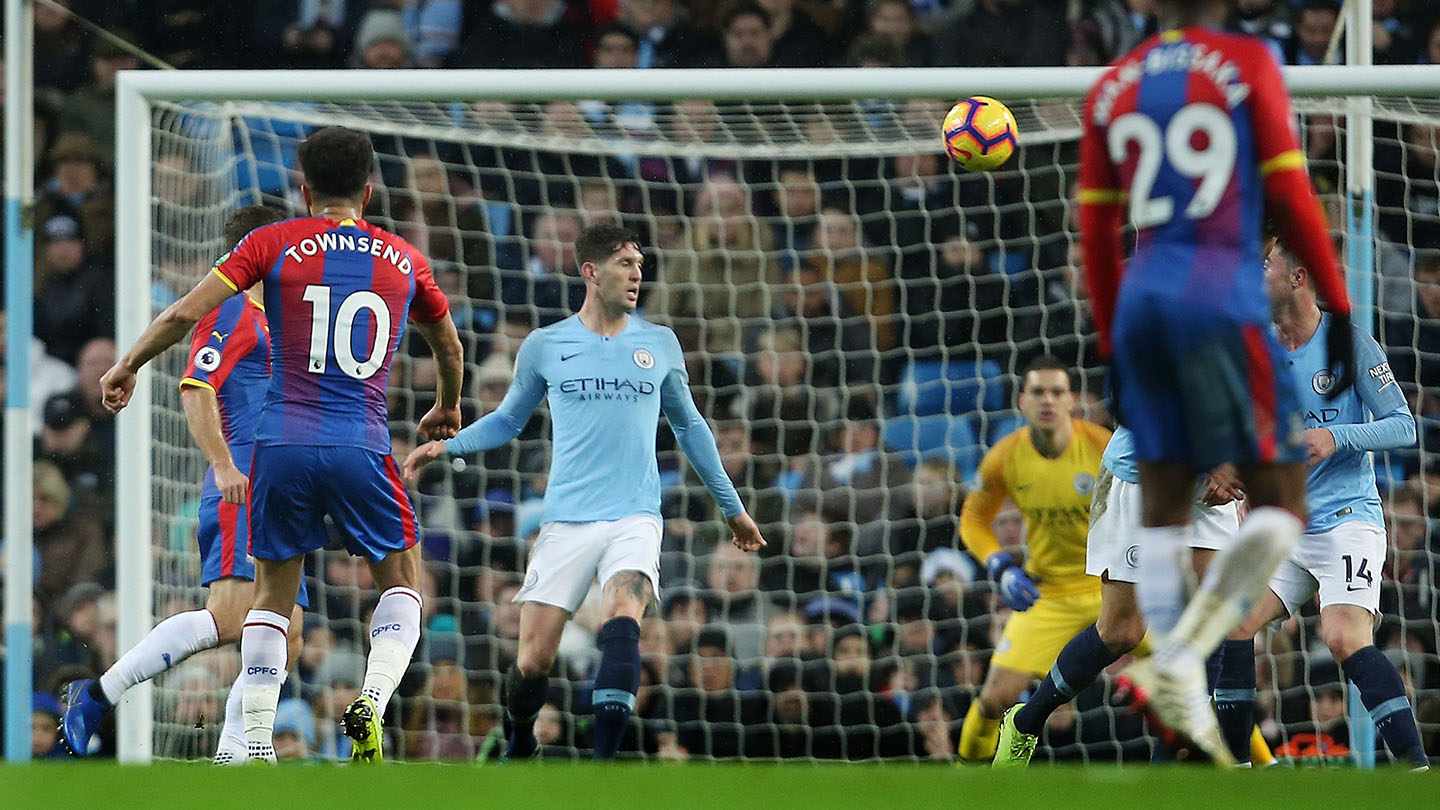 Using the expected goals metric (xG) which calculates how many goals a team is expected to score based on the quality of their chances, City’s creativity becomes clear. With an xG of 27.4, their tally of goals is fewer than their attacking endeavour suggests.

In the meantime, Palace’s 22 goals come from an xG of just 17.9, indicating that once again Palace’s finishing could be crucial.

Raheem Sterling will be looking to add to his tally against the Eagles, scoring five in his previous eight meetings.

Palace are looking to become the first team to win away against both Manchester clubs (City and United) in a single league season since Liverpool in 2008/09. The last London club to do so in the top-flight were Arsenal in 1990/91. 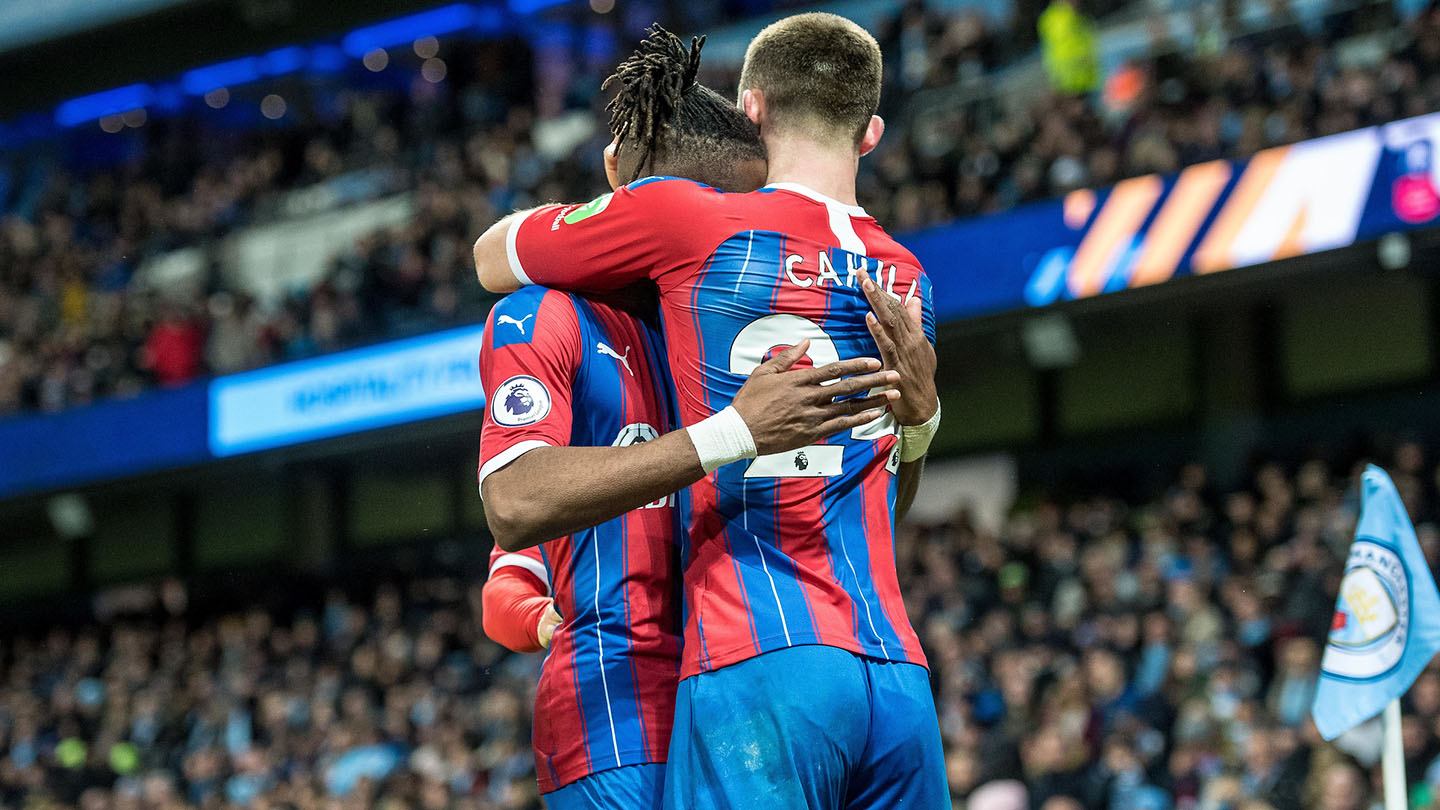 The home team hasn’t won any of the last five league matches between Man City and Palace (D2 L3) since a 5-0 win for City at the Etihad in September 2017.

Man City haven’t won any of their last two home league matches against Palace (D1 L1). In Pep Guardiola’s league managerial career, he has never failed to win in three consecutive home matches against an opponent.

Manchester City will be without Sergio Aguero, who is self-isolating after coming into contact with an individual who tested positive for coronavirus. Eric Garcia has completed his period of self-isolation and could be available.

Fellow defenders Nathan Ake and Aymeric Laporte are both major doubts, after missing the game against Brighton with muscular and hamstring problems respectively.

Palace will be without Mamadou Sakho after his injury against Wolves, whilst Jeffrey Schlupp continues to be assessed over a muscular injury.

After returning to the matchday squad against Arsenal, Gary Cahill is fit to play, while Scott Dann has also resumed full training after a period on the sidelines. 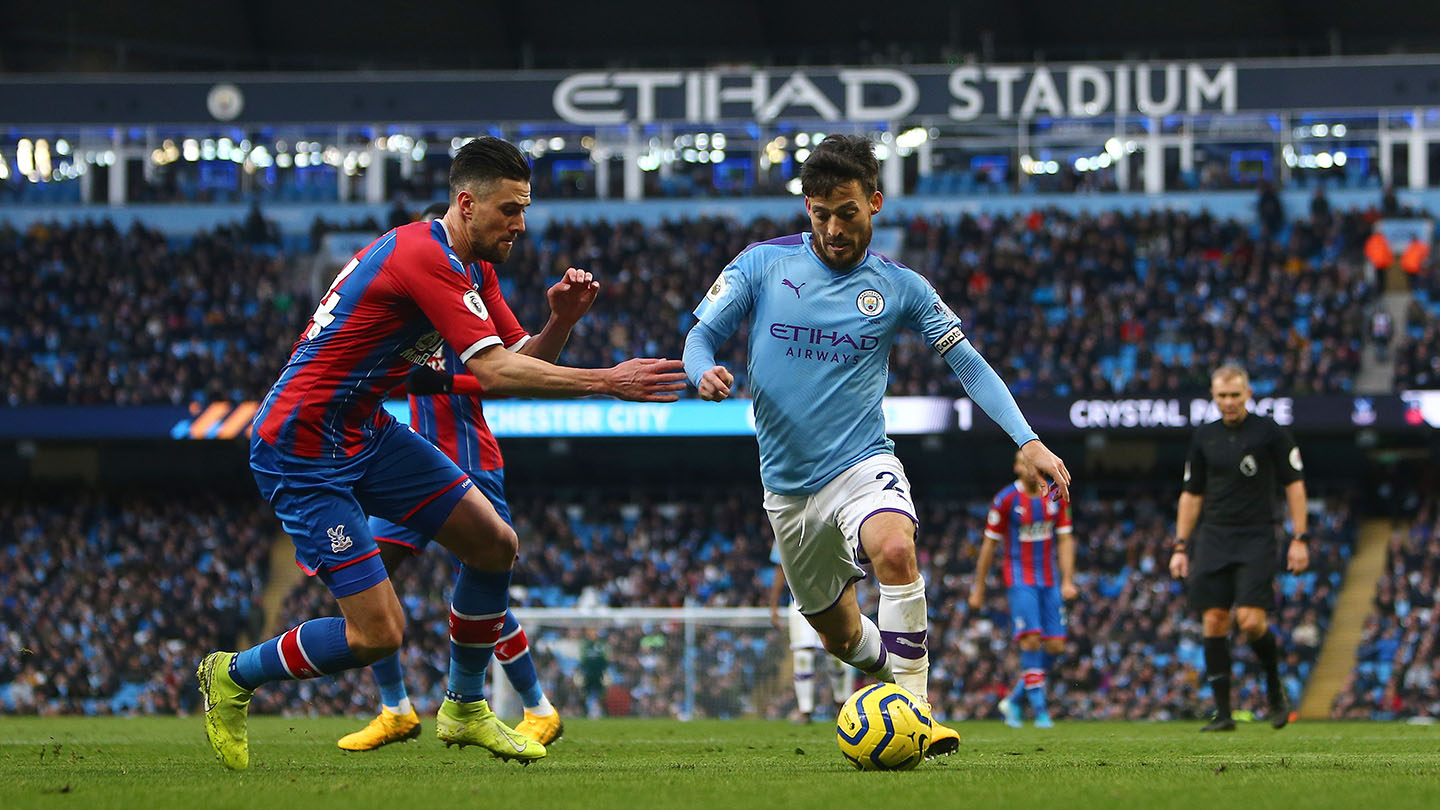 Manchester City v Palace will be shown live in the UK via Sky Sports. Full details can be found here.

The official Palace app’s match centre is the place to be for everything you need during the City clash. With live stats and alerts, a running match commentary feed and lineups the moment they’re released as well as all an instant match report and post-match reaction from Palace TV, there’s no need to leave the app to follow the Eagles’ efforts.