When Carlo Ancelotti arrived at Everton, he inherited a club languishing near the foot of the Premier League table, struggling to collect points despite an impressive, well-stocked playing squad.

Today, he has collected 16 of a possible 21 points and has guided the Toffees to sit ninth in the league. In fact, almost 50% of Everton’s points this season have come under Ancelotti, who’s led just 28% of their league matches.

The Italian’s turnaround on Merseyside sees him and the Blues competing with only Liverpool for form: the Reds are the only side to have collected more from their last 10 games. The Toffees have lost just one league match with Ancelotti at the helm - a 2-1 defeat to second-placed Manchester City.

But Palace can take solace from four of their five Premier League wins against Everton having been on Merseyside (80%). Against no other team have the Eagles won more Premier League away games (also four against Leicester).

The last time out between these two sides saw Selhurst Park host a deadlocked match, in which Morgan Schneiderlin received a second yellow card for his foul on Luka Milivojevic.

The Eagles enjoyed two threatening spells during that meeting: at the end of the first-half and between the 56-57th minutes. Alas, the game remained goalless - but the two sides haven’t been involved in a 0-0 draw for 18 clashes between them in all competitions. 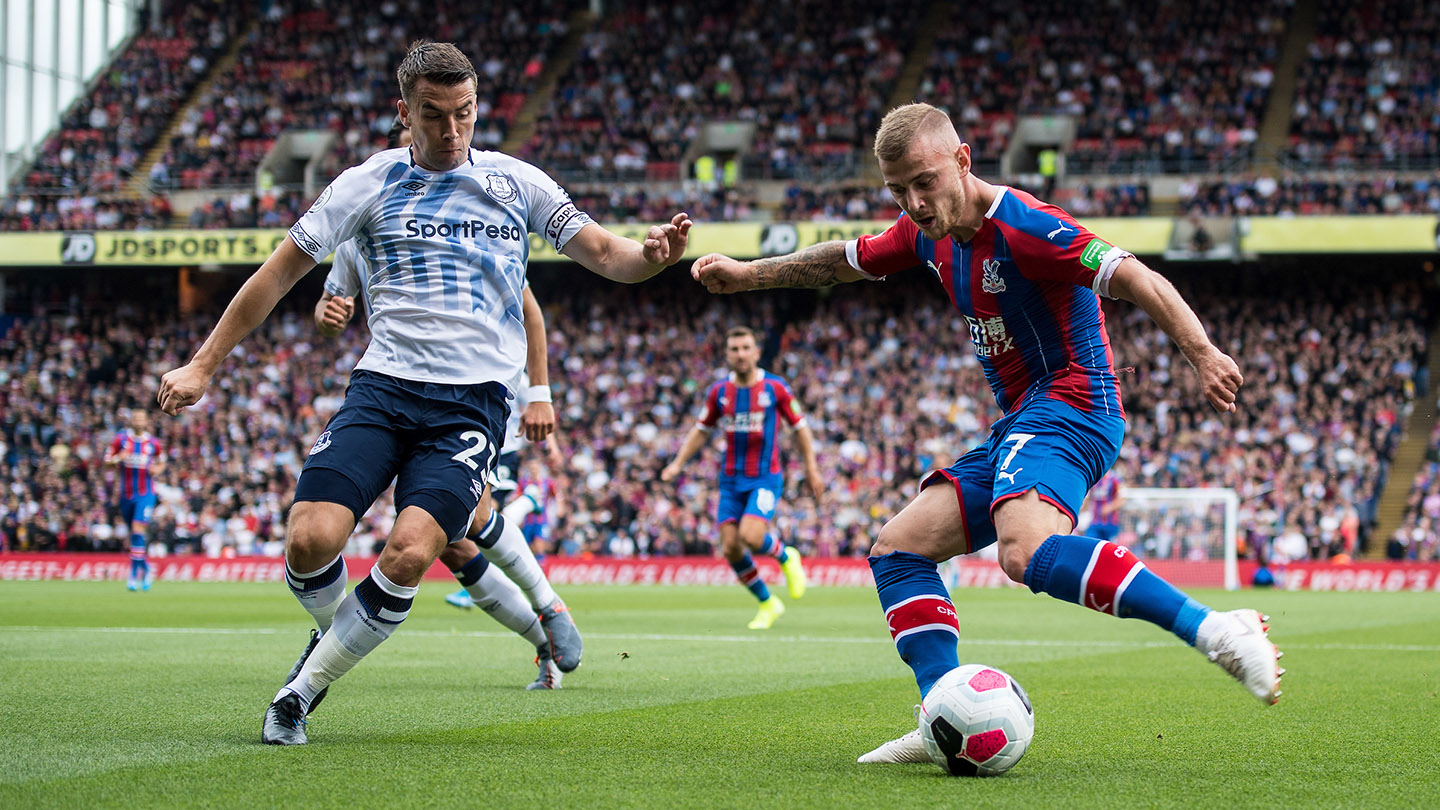 Everton’s Dominic Calvert-Lewin is the highest Premier League goalscorer this season among players who haven’t provided a single assist so far (10).

Everton have scored at least once in every league game they’ve played under Ancelotti, with their attack-minded 4-4-2 lineup ensuring they’re well-equipped going forwards.

Attack-wise, the Toffees can call upon Moise Kean, Calvert-Lewin, Alex Iwobi, Richarlison, Bernard and Theo Walcott. This means a talented player is always available on each wing with two adept frontmen leading the line.

Palace’s squad is far better stocked now than it has been for the past two months, with Andros Townsend, Christian Benteke and Patrick van Aanholt all featuring in the Sheffield United game after respective 10, nine and eight matches out.

However, they will be without forward Cenk Tosun, who is not eligible to play against his parent club. In addition, Martin Kelly has sustained a slight calf strain and will not be available to play.

Everton are also relatively fortunate in the medical department, with only long-term absentees Andre Gomes and Jean-Philippe Gbamin the only players missing. Gbamin is still suffering from a long-term thigh injury.

This game will be shown live on BT Sport 1 from 12pm.