After their triumphant victory over rivals Brighton & Hove Albion, Crystal Palace are understandably confident for the visit of Watford to Selhurst Park. But surely no club in the Premier League could have secured a more significant result than the Hornets did last Saturday.

The victory took Nigel Pearson’s men from 19th to 17th or, more crucially, the relegation zone to safety. And it’s tight either side of Watford, with the Hornets only safe ahead of AFC Bournemouth on goal difference. Above them, West Ham sit in 16th - also due to goal difference - and Brighton are a reachable one-point ahead.

So the game with Palace becomes all the more significant for the Hertfordshire club, who could heave themselves to a potential 15th-place in what may prove to be the turning point in their season. 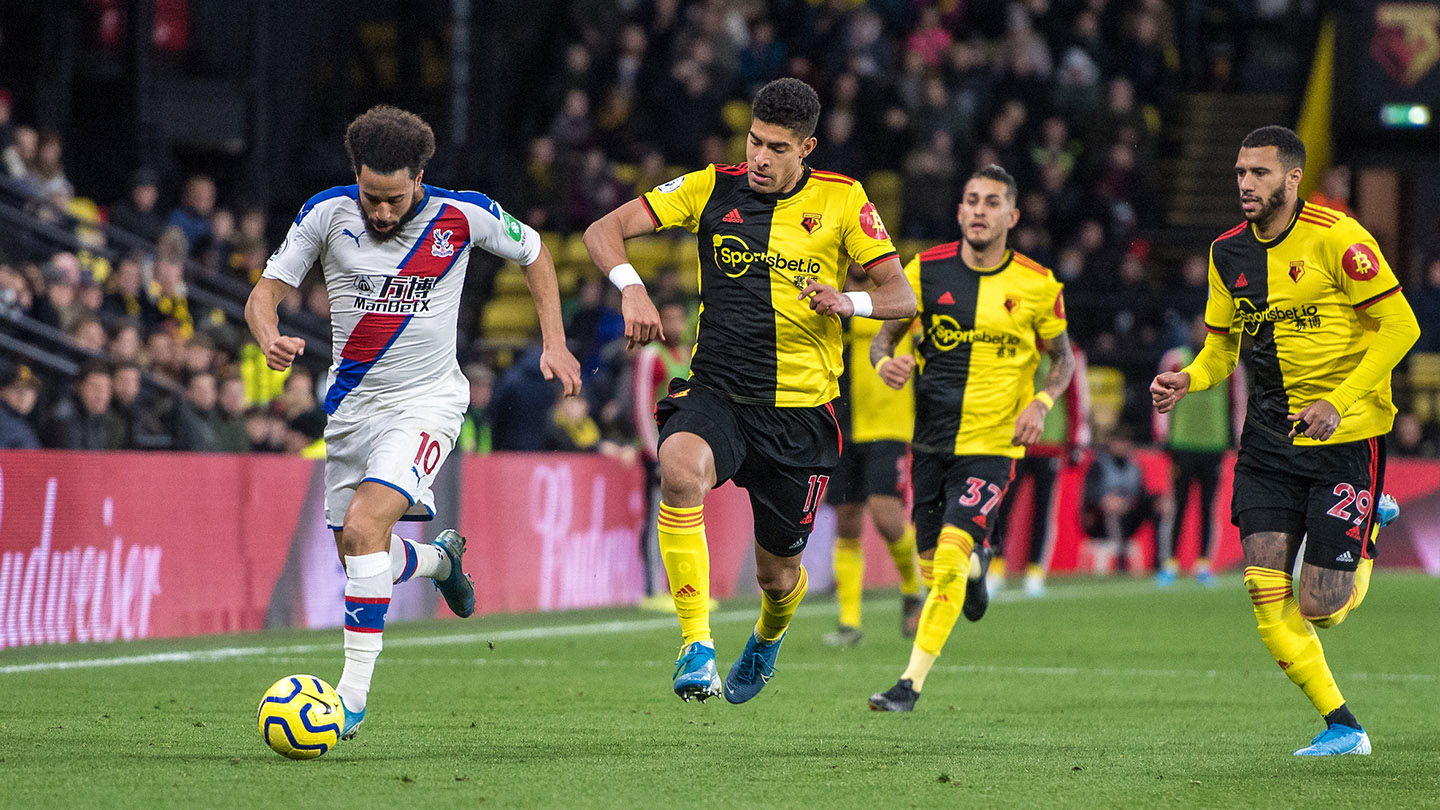 That said, Pearson faces a Palace side looking very competent of late, having kept two clean sheets from two wins in their past two games.

Sceptics may predict a low scoring affair, with both Watford and Palace sitting low on the list for scoring this campaign. But where Watford have dropped points through conceding (43 times from 28 clashes), the Eagles can boast one of the strongest defensive records in the table’s lower half - watching the ball hit their net on just 32 occasions.

This solidity at the back is quite staggering when compared with the teams surrounding Palace: Southampton one place below are on 51 while Everton one place above are on 42. All told, only five clubs in the league hold a better defensive record in 19/20: the top three (Liverpool, Manchester City and Leicester City), Manchester United and Sheffield Wednesday - all in the top eight.

For the visitors, Ismaila Sarr is the name on everyone’s lips after his performance against Liverpool, as Watford’s record signing had a hand to play in all three of the Hornets’ goals (scoring two). However, the key men for both sides this season come from a different position: up front.

Watford talisman Troy Deeney has been directly involved in eight goals in his last 11 Premier League games (six goals, two assists), with Jordan Ayew’s seven league goals being worth 12 points to Palace this season. Only Andrew Johnson’s 15 in 2004/05 have been worth more in a single campaign.

In a potentially low scoring fixture, these two men leading the respective lines could prove to be the difference. 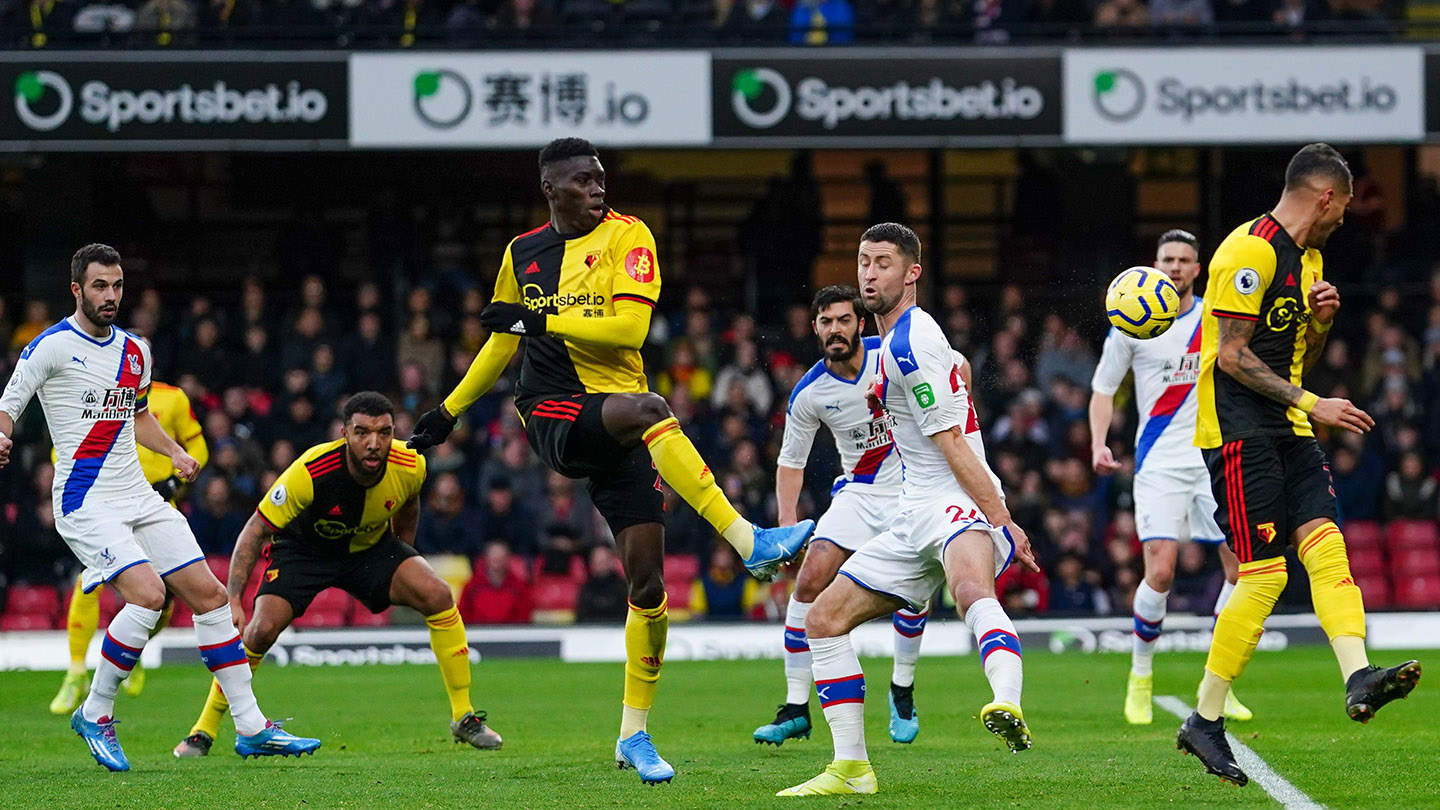 Watford were markedly improved against Liverpool - seeming up for the fight from kick-off. Sarr’s return from injury handed the home side a significant boost and Liverpool were punished for affording him space in the channels. Palace’s Patrick van Aanholt will have to be mindful of this - especially on those trademark runs forward.

The stats for the game are astonishing - with Watford restrained to just 29% of possession but 66% (14) of the shots. In total, Liverpool’s 732 passes dwarfed Watford’s 299, but the Hornets made better use of their possession by attacking clinically with intent and flair.

While it is certainly the case that Liverpool were below-par, Watford were deserving of their upset and Palace will have to be alert and as defensively resolute as ever to nullify the visitors’ threat.

The Eagles appear relatively fortunate in the injury department, with Mamadou Sakho and Jeffrey Schlupp making positive strides in their return to fitness. Both trained this week and Sakho completed a full 90 minutes for Palace Under-23s on Monday.

James Tomkins was not available against Brighton and will return to training on Monday. It seems that Luka Milivojevic will be back to fitness and James McCarthy - who was substituted as a precautionary measure on Saturday - made an immediate return to full training this week.

Watford can boast a nearly fully fit squad, with Daryl Janmaat and Gerard Deulofeu the only absentees confirmed by Pearson. 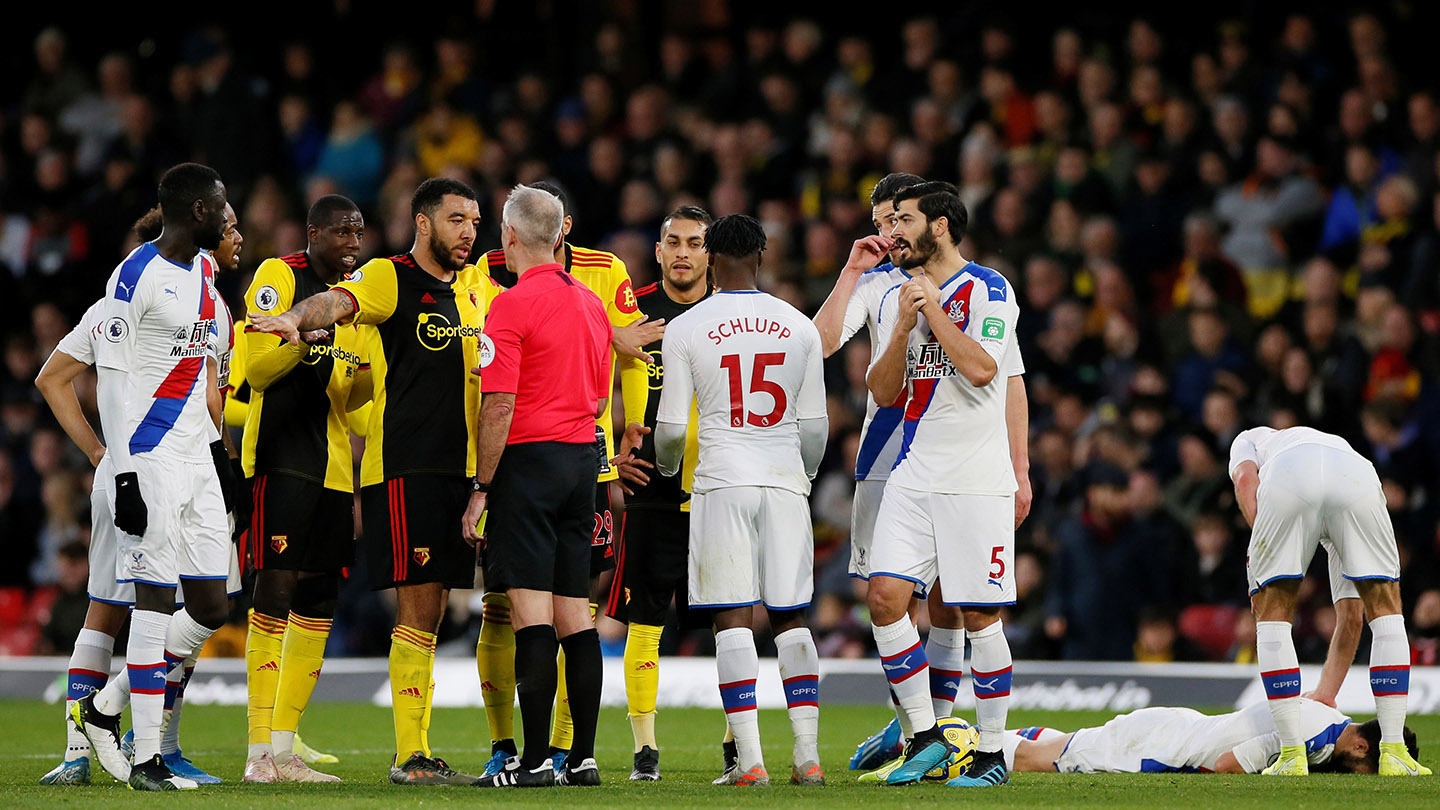 Watford have scored 27 Premier League goals this season, but have an expected goals figure of 35.7. This means based on the quality of chances they’ve had, they’ve scored almost nine fewer goals than expected: the biggest negative difference in the league this season.

Hear from former Palace and Watford man Bruce Dyer ahead of the anniversary of him becoming England's first £1m teenage signing on why he never earned an England call-up and the conversation that turned his career around.

The official Palace app’s match centre is the place to be for everything you need during the Watford clash. With live stats and alerts, a running match commentary feed and lineups the moment they’re released as well as all an instant match report and post-match reaction from Palace TV, there’s no need to leave the app to follow the Eagles’ efforts.