Both Crystal Palace and Wolverhampton Wanderers could sit second in the Premier League table by the end of tonight. Both could, in theory, even sit top.

Each outcome would require significant victories (a three-goal win for second, seven for first; Wolves would need a four- or eight-goal win respectively), but the two sides are in unique positions as the only competitors playing before the weekend.

The clash could provide something of a viewing spectacle, too, with Palace and Wolves both enjoying similar starts to the season - collecting 10 points each from six matches.

The Eagles edge Wolves by a goal difference of one (-1 and -2), but the Midlands outfit are enjoying their best Premier League opening ever. For Palace, the first six games of 2016/17 were only more successful by goal difference, although the record of three wins and a draw is identical.

The seventh match that season saw a draw with Everton and then seven consecutive defeats followed until December. However this season Palace can take courage from their upcoming run, which sees them face Wolves, Leeds United, Burnley, Newcastle United and West Bromwich Albion consecutively. 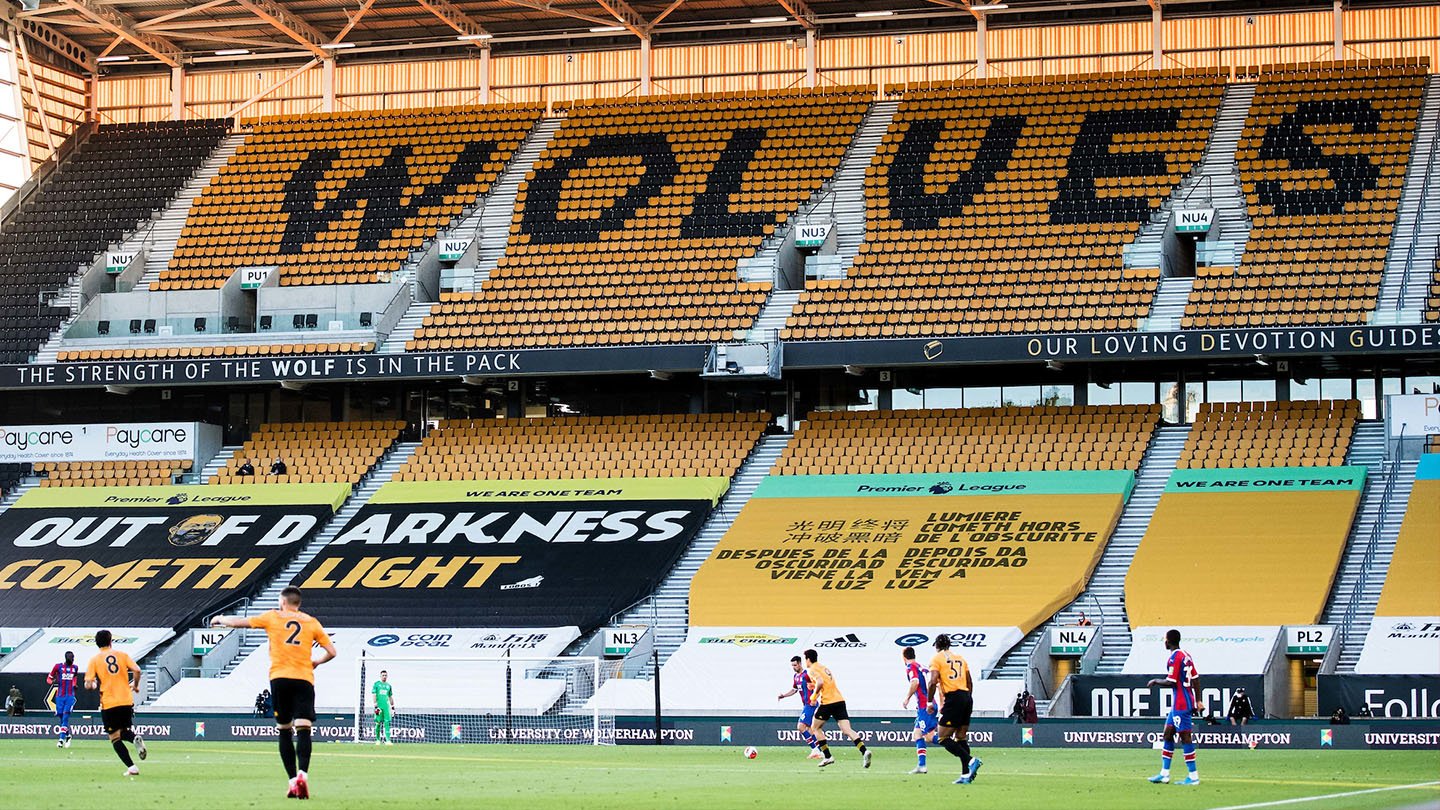 Roy Hodgson’s men will no doubt view this spell as crucial in collecting points before a challenging Christmas, when they will face Tottenham Hotspur, Liverpool, Leicester City, Arsenal and Manchester City within a month. In-form Aston Villa and West Ham United will also provide opponents alongside Sheffield United.

Clearly, then, taking recent success into the Wolves clash will be important - and Palace’s 2-1 Fulham victory will encourage players after returning to winning ways.

Looking at recent history between the two sides, Palace have taken four points from the last three meetings - winning once, drawing once and losing twice since Wolves’ return to the top-flight in 18/19. Victory came at Molineux in January 2019. 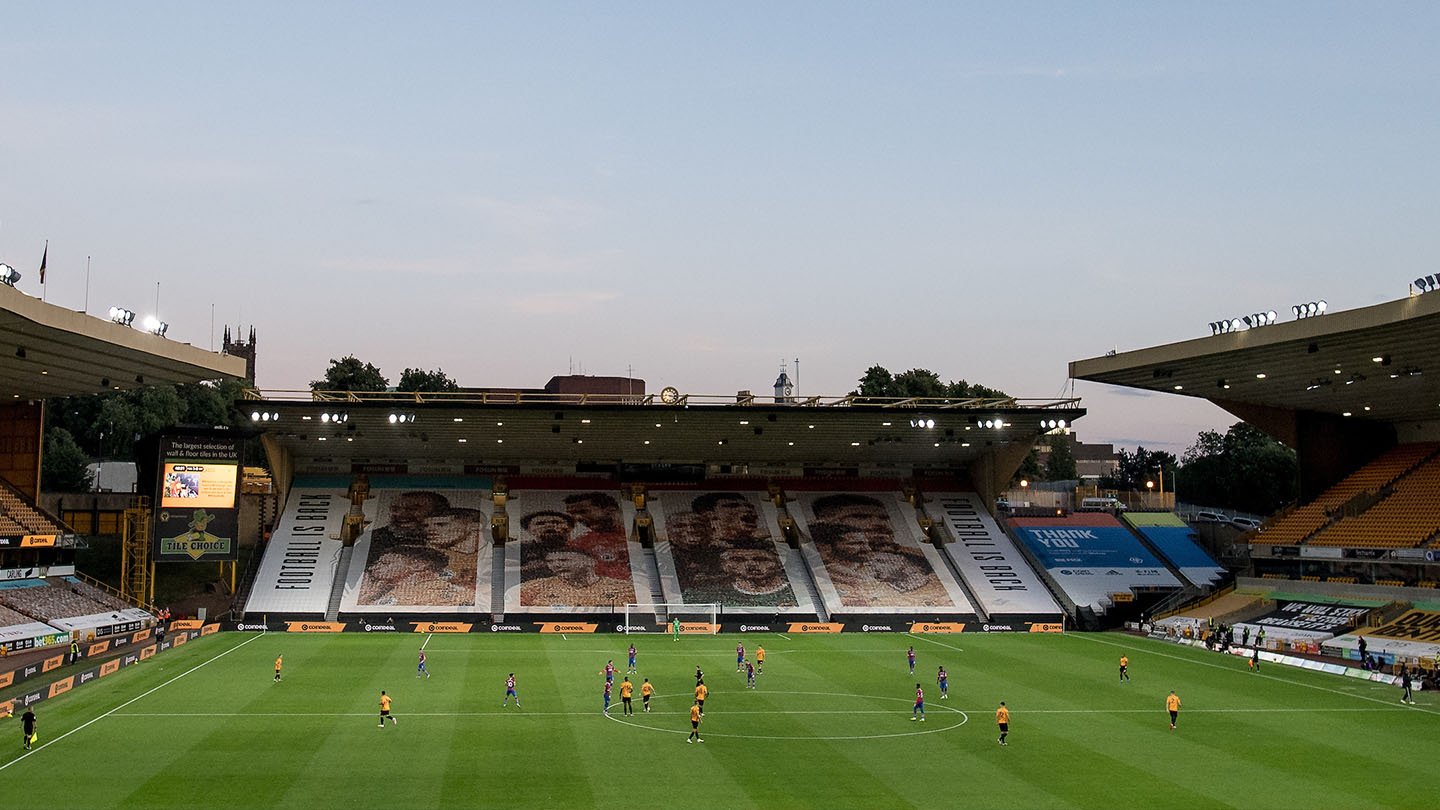 Since the start of the 2018/19 campaign, Wolves’ Raúl Jiménez has been directly involved in a higher share of his team’s goals (45% - 47 of 104) than any other player to appear in all three campaigns during this period.

However, Jiménez has played 331 Premier League minutes against Palace without scoring – only against Leicester (360) and Manchester United (358) has he registered more minutes without a goal in the competition.

It is imperative that Palace continue to shut Jiménez out, with the frontman bagging four goals from six league games, including two from his last two. In fact, with Wolves only scoring six times so far, he is responsible for 66% of their goals.

This is not dissimilar to Wilfried Zaha, who has netted five goals from six league games and earned an assist, too - playing a part in 75% of Palace’s eight goals. One more goal or assist and Zaha will have levelled his total from 2019/20 after just seven games.

The Ivorian isn’t only leading the way for goals, however, with his general attacking stats standing out: he is top for Palace’s shots on target, attempted dribbles and fouls won. Wolves’ adept back three will have a challenge on their hand if they are to contain him.

After picking up an injury on international duty, James McCarthy has returned to training this week, plus Gary Cahill and James Tomkins are fully fit for the game. Furthermore, following positive COVID-19 tests, Jordan Ayew and Jack Butland are both available and amongst the squad following their periods of self-isolation.

The Eagles will be without the long-term injured players in Wayne Hennessey and Connor Wickham, whilst Hodgson has also suggested the trip to Molineux comes too soon for Joel Ward.

Tyrick Mitchell will be subject to a late fitness test, and will be assessed before the squad travel after taking a knock in training.

Wolves appear to be relatively strong on the fitness front, with Jonny looking like their only long-term absentee.

Wolves v Palace will be shown live in the UK via BT Sport Box Office. Full details can be found here.