Palace Preview: Why early exchanges could be crucial v Spurs

Crystal Palace will look to make it four Premier League games unbeaten as they travel to north London to take on Tottenham Hotspur on Sunday, 7th March (19:15 GMT).

The two sides last met in early December, in front of 2,000 fans at Selhurst Park. The atmosphere generated even from a diminished home support saw Palace fight back from a goal down, with Jeffrey Schlupp’s equaliser late on securing a deserved 1-1 draw.

In the aftermath of that meeting, Spurs went through a rough patch of form, winning just three of their next 12 league games – including dropping points in London derbies to Fulham, Chelsea and West Ham United. Their points total at this stage of the season is their second-lowest in the last 10 years.

However their recent results have seen a recovery, victory over Fulham on Thursday being their third straight league win. Their visit to Craven Cottage was the first in a trio of clashes with London opposition, taking on north London rivals Arsenal next weekend.

Palace too have been picking up positive results, their dramatic victory over Brighton & Hove Albion followed up with determined draws against Fulham and Manchester United. They will be seeking not only a fourth league game without defeat, but also a third straight clean sheet for what would be the first time this season. 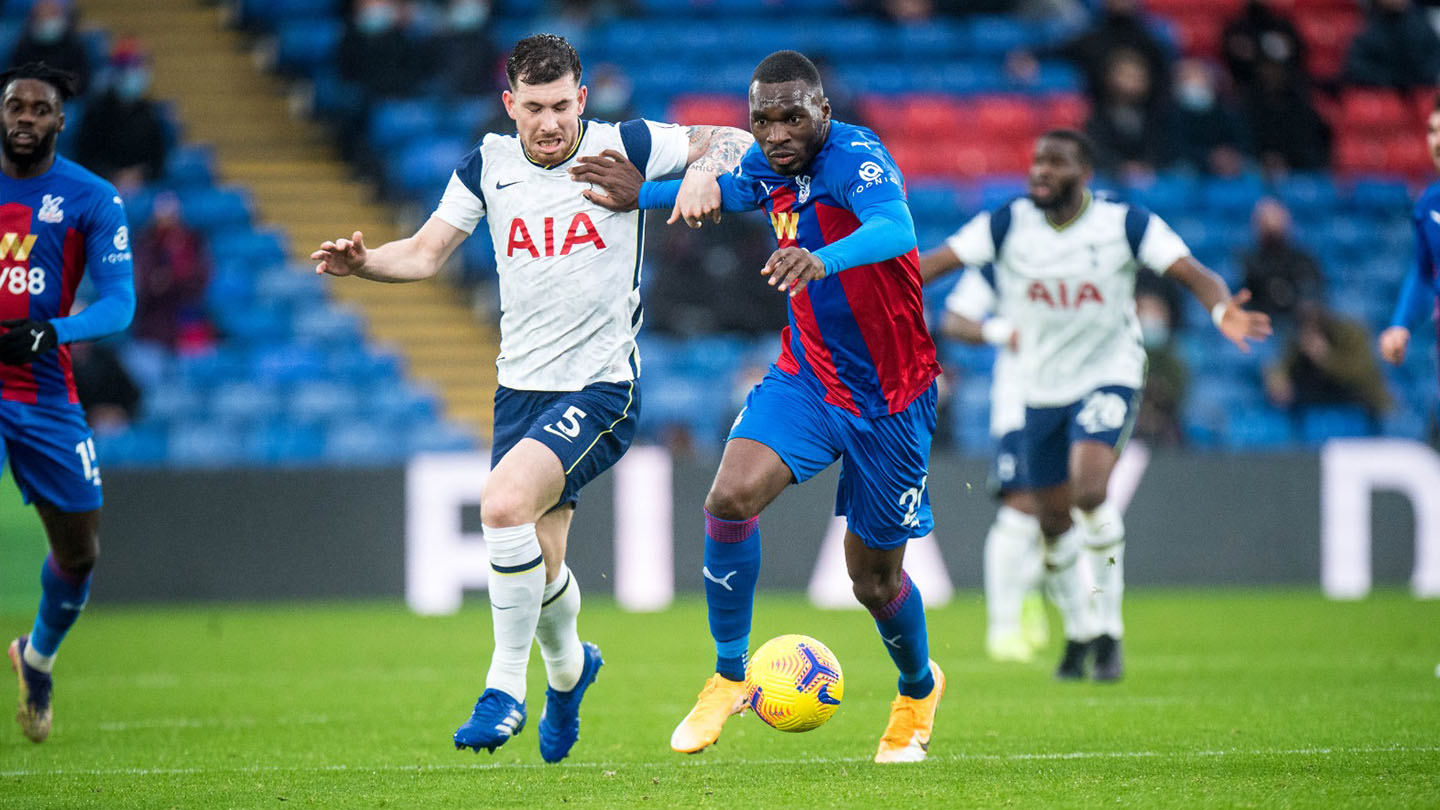 They will have to watch out for Spurs’ danger men however, with Harry Kane scoring five times against Palace in 13 appearances – albeit all away from home – while Son Heung Min has scored in each of his four home league meetings with Palace, spread across three different stadiums: White Hart Lane, Wembley and the Tottenham Hotspur Stadium.

Palace were boosted by the return of Schlupp to the attack against Man Utd after returning to fitness, and will hope he can breach a Spurs defence which has kept 11 clean sheets in 15 league games with the Eagles’ since promotion in 2013.

The opening exchanges could prove key to the outcome of this clash. Tottenham have scored 11 goals this season in the first 15 minutes of games, more than a quarter of their overall total. However, should they concede first the statistics would not be in their favour: they have lost all four of their home games in which they have let in the first goal. 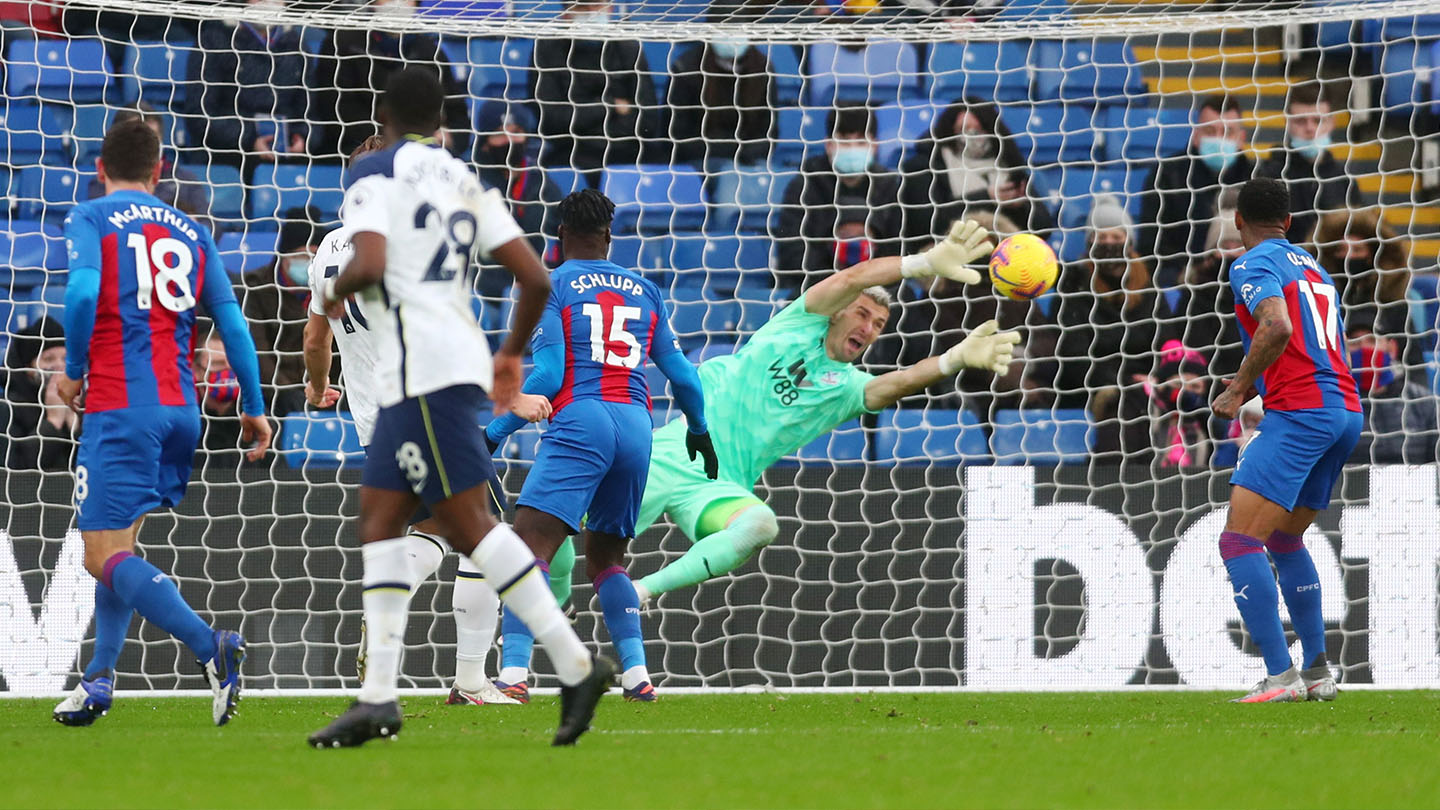 Kane and Son will be vital for the hosts’ attacking threat, with their finishing crucial to success this season. According to xG, the metric which predicts the number of goals a team is predicted to score based on the quality of their chances, they have scored eight more goals than expected. Only Manchester United have a bigger gap between xG and goals scored in the league.

Following their 2-1 win at Brighton last time out, Palace are looking to win consecutive away league games for the first time since June 2020. The Eagles’ first victory in that run was against Brighton.

Palace will continue to monitor Wilfried Zaha’s fitness after his return to first-team training. James McCarthy will be assessed after being forced off in the draw with Manchester United, as will James McArthur as he continues to work towards fitness. Nathaniel Clyne and Tyrick Mitchell face fitness tests after being kept out of the Man Utd game. James Tomkins and Mamadou Sakho remain on the sidelines.

Spurs v Palace will be shown live in the UK via Sky Sports. Full details can be found here.