Tonight’s Emirates FA Cup tie will be the first meeting of both sides in this competition since a replay at Stamford Bridge in 1976, a match which Palace won 1-0 courtesy of a goal from Phil Holder.

The clubs have had play-off meetings & league encounters since that second replay on neutral ground but of course the rivalry has had an extra edge since that night in west London during the mid-seventies.

This ttie will be the first competitive club match in England in which VAR (Video Assistant Referee) technology will be used and video ref Neil Swarbrick, who will be watching in London, can direct Marriner to go to view a screen which will be in an area between the two dugouts at the Amex. 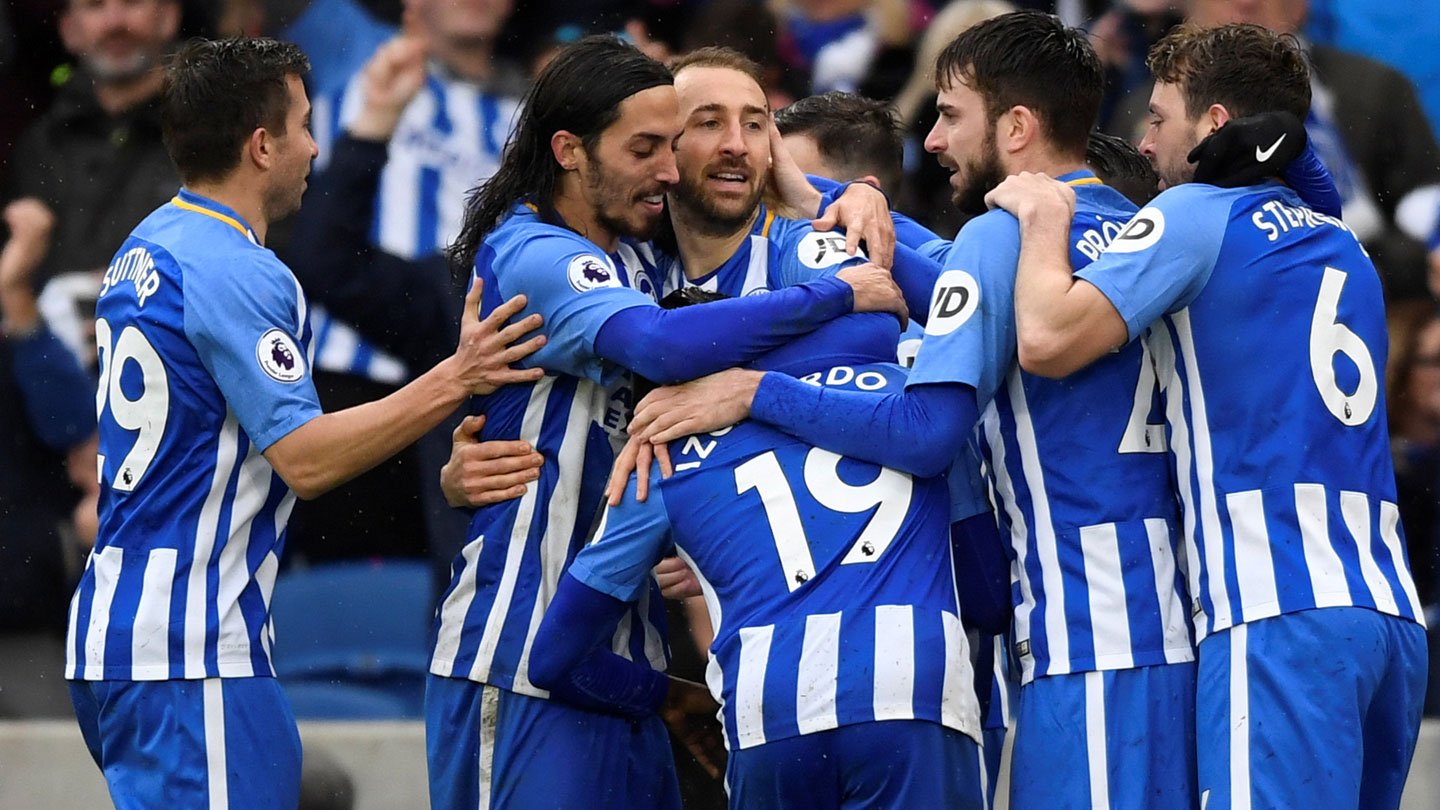 Having waited four and a half years to play each other the two sides meet for a second time in a couple of months after their league meeting in November, which ended goalless

Since that night Brighton have only won once in the top flight, losing their next three games after that draw but in their last two matches they have registered a point in each.

With five of their next six league games against sides below them in the table they are set to enter a crucial period and Chris Hughton’s line up tonight could indicate that he has one eye on those matches coming up.

View From The Opposition – Chris Hughton 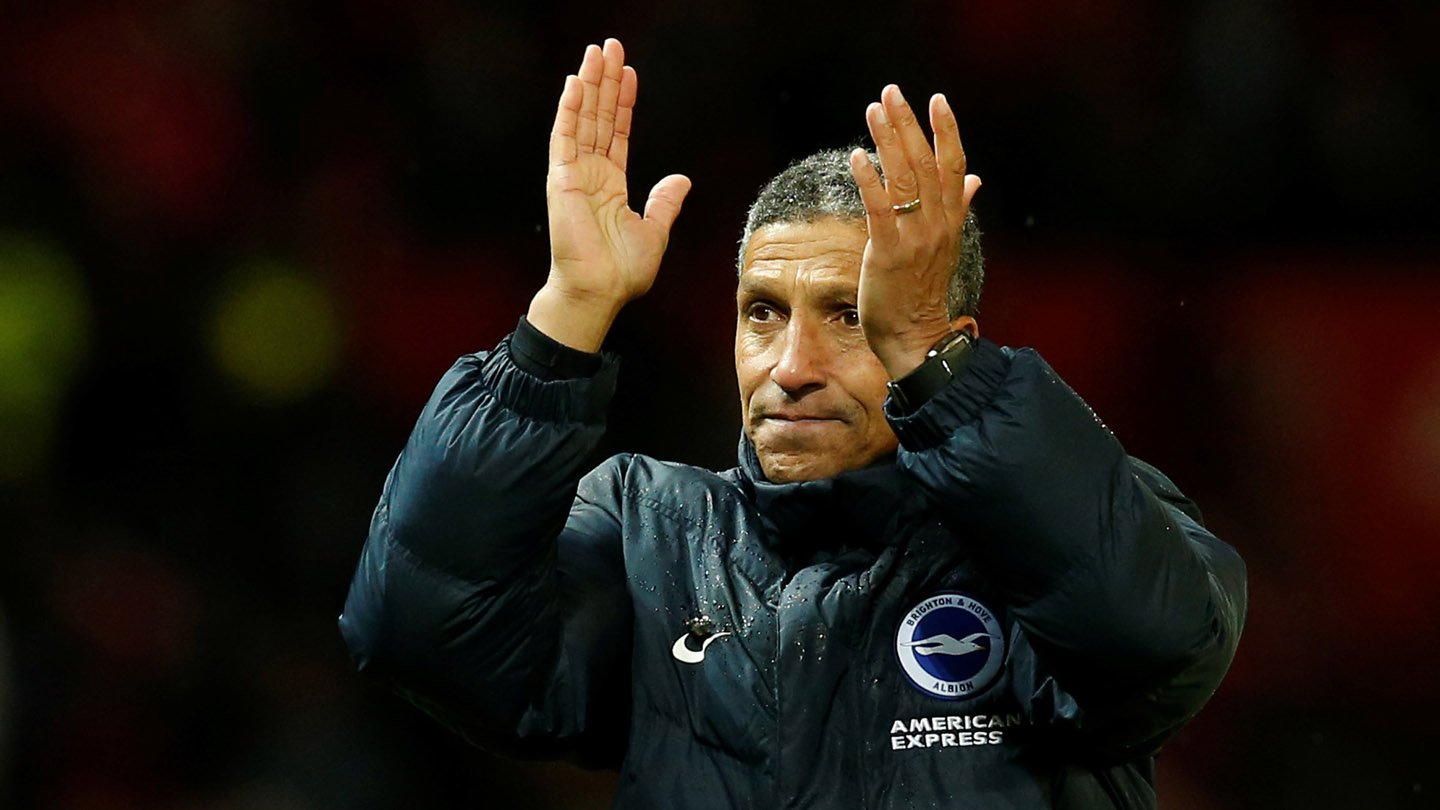 “We’re playing a Premier League team in an FA Cup game, whilst we’re also in a competitive league and I am conscious of that – we need to get the most we can out of our squad.

“We’ve done okay so far in the league, but we want to maintain and protect that and so there are a lot of balances that I have to get around.

“It’s a big game for the fans and they’ve been extraordinary in my time here – we know what this match means and it lifts a few more emotions than normal.” 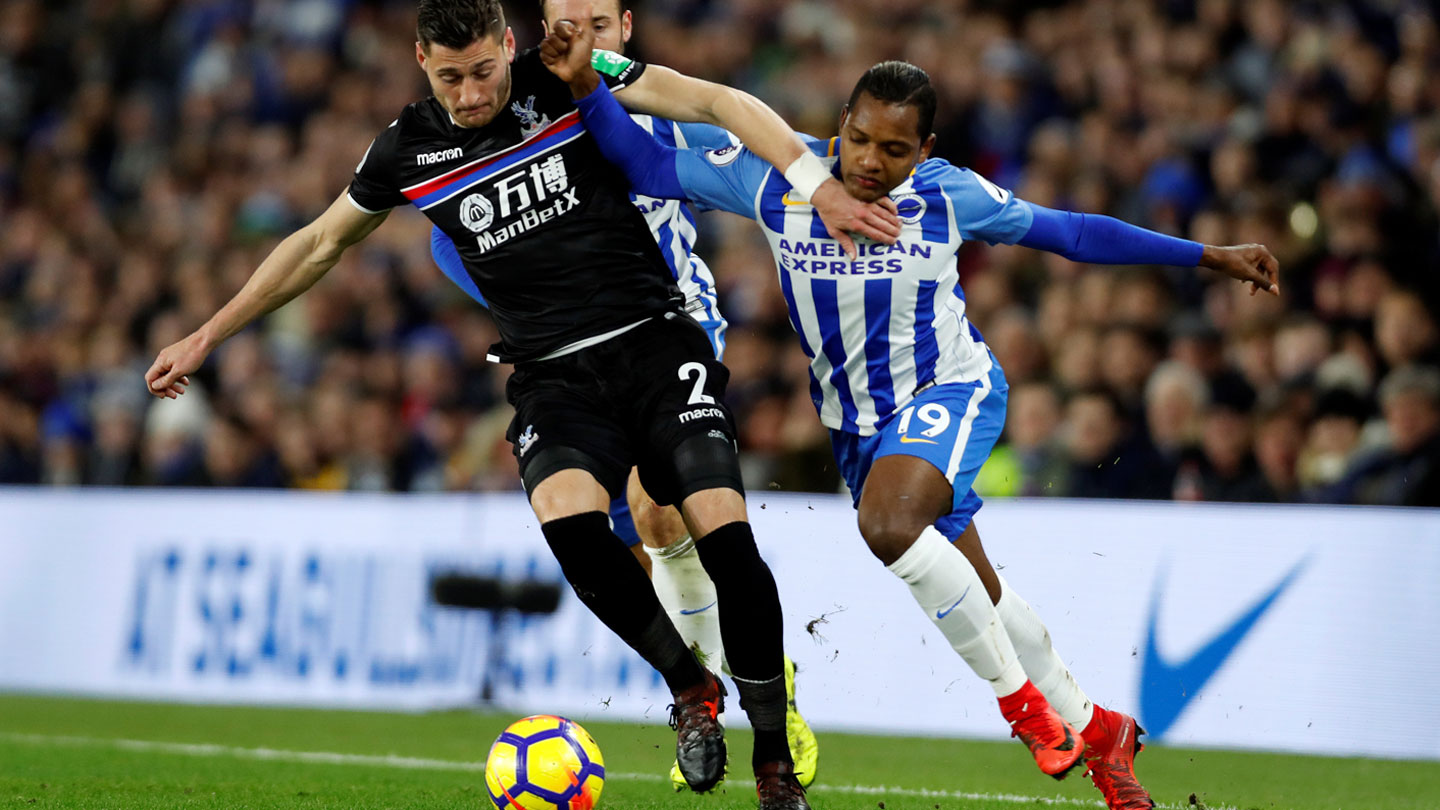 There are no new injury concerns for Hughton but he is still without midfielder Steve Sidwell, with a back injury.

Scott Dann and Jason Puncheon are both out for the rest of the season because of knee injuries whilst Ruben Loftus-Cheek, Joel Ward and Mamadou Sakho are still unavailable for selection.

Hodgson has indicated he will make some changes to his line-up so that anyone with knocks will not be risked with vital league games ahead. 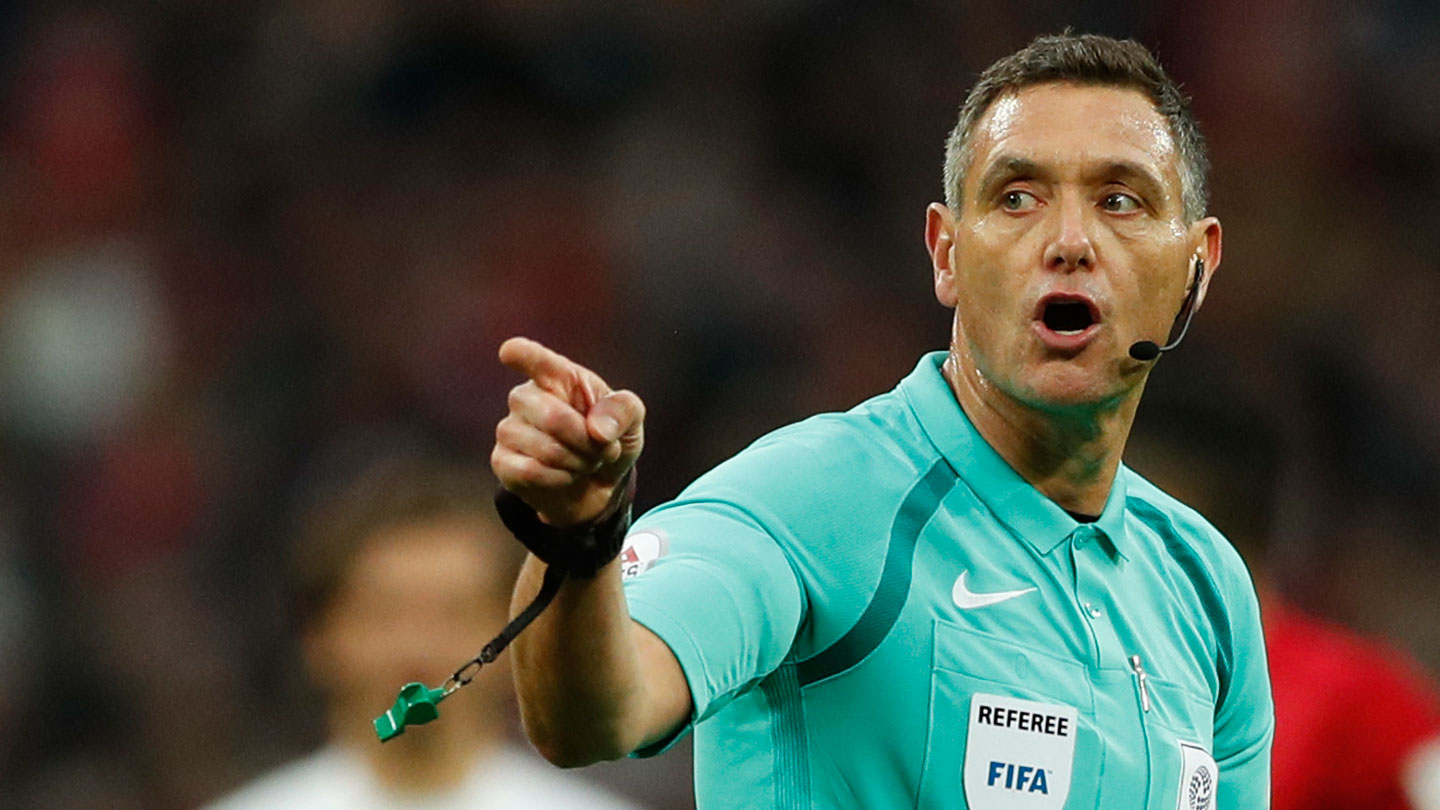 Andre Marriner will be the match referee for the Emirates FA Cup third round tie against Brighton & Hove Albion on Monday evening, kick-off 7.45pm.

This season Marriner has taken charge of 19 games and shown 52 yellow cards and 3 red.

Marriner last took charge of these clubs when he was the man in the middle for the league meeting of both in November of last year. 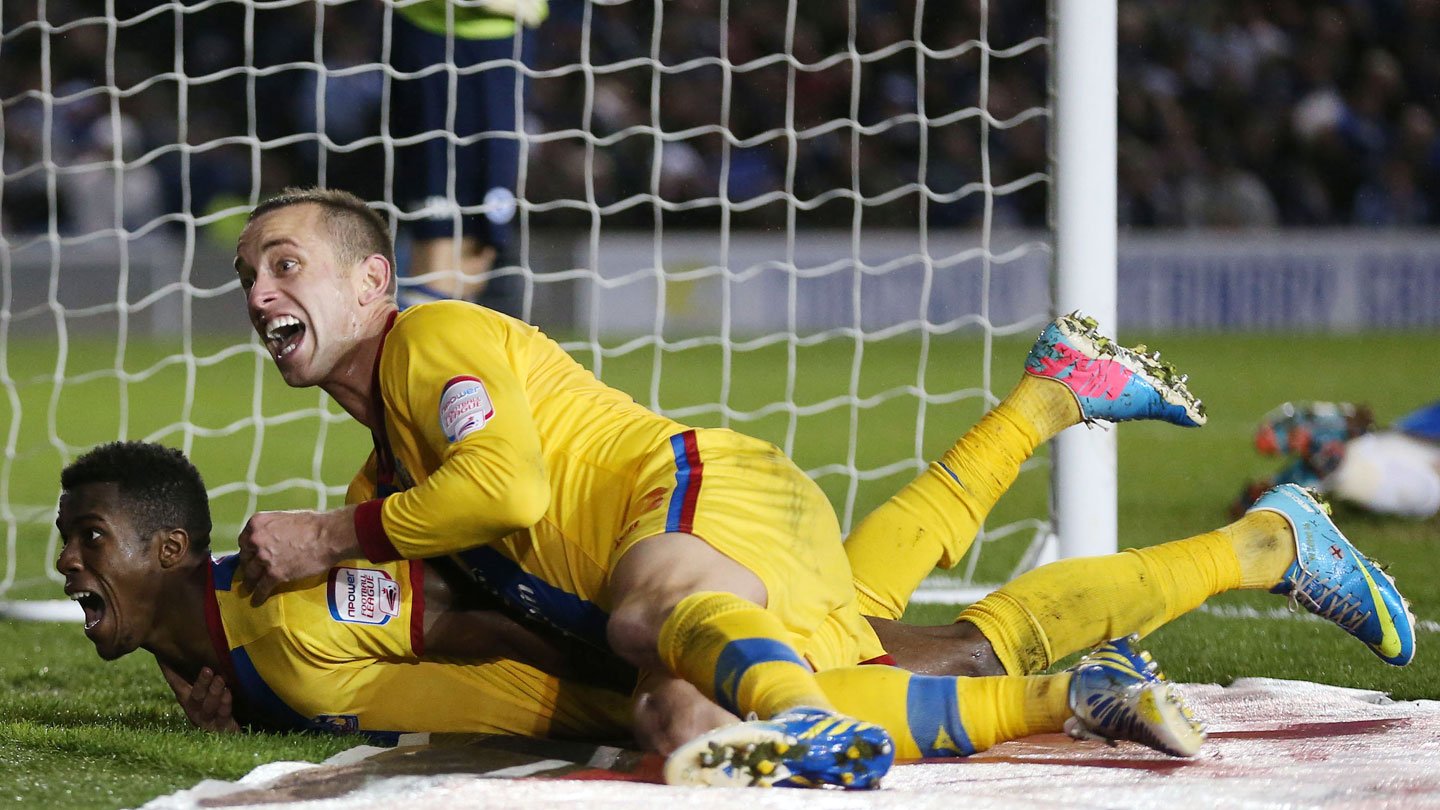 Brighton's only win over Palace in their last seven matches in all competitions was the 3-0 win in the Championship in 2012-13.

This will be the third time these two rivals have been drawn together in the FA Cup, with the last going to a second replay after the first two games ended in a stalemate in December 1976.

Brighton have failed to score against Crystal Palace in four of their last five encounters in all competitions, including each of the last three.

The Eagles have failed to score in three of the last four meetings.

The Seagulls have progressed to the FA Cup fourth round in seven of the last eight campaigns, falling at the third round stage in 2015-16 against Hull City.

Since being eliminated at this stage in three successive seasons between 2010-11 and 2012-2013, the Eagles have reached the fourth round in each of the last four seasons, including an FA Cup final appearance in 2016.

There will be no tickets available at the stadium on the night for this fixture.

The away end in the South Stand will open two hours before kick-off, and all fans entering the stadium will be searched, including all bags. All fans are advised to avoid bringing bags wherever possible to speed up the search process.

- Prior to entry to the Amex Stadium ticket holders MUST ensure they have photo ID, Season/Membership cards in addition to match tickets. There will be no entry through any outer cordons without a match ticket / photo ID / Season ticket or Membership Card.

- Stewards will be carrying out 100% pat down searches prior to entry into the stadium.

- Pyrotechnics are strictly prohibited: anyone found in possession of pyrotechnics will be arrested.

- Any person found selling their match ticket online, in person or by any means will have their Season Ticket/Membership withdrawn.

- Additional queries should be raised with the CPFC Box Office.

Coaches will depart Selhurst Park at 3pm and is priced at £17 per seat. There will be an additional pick up point at Hooley Starbucks on the A23 at 3.45pm.

Brighton and Hove Albion FC operate a sustainable travel plan which includes travel on local buses and trains from Haywards Heath covered in the cost of the match ticket.

Please check train times for your journey as conductors in the RMT Union are undertaking industrial action today.  This though will not affect the Football Special train after the game leaving Falmer Station, stopping at Three Bridges, East Croydon, Clapham Junction and London Victoria.

For more information on travel options.

Bars And Away Fan Friendly Pubs

The pubs located within the immediate vicinity of Brighton Station have been designated as home only at the licensees’ discretion.

Visiting fans are advised that away friendly pubs and bars are located on West Street and include Yates and Wetherspoons - while the concourses in the away end will be open two hours prior to kick-off.

The club recommends that all fans allow at least an hour to travel by train from the mainline Brighton station to the stadium, in order to arrive in plenty of time before kick-off.

In the event that tonight's match against Brighton & Hove Albion ends in a draw, the replay will take place on Tuesday 16th January, kick-off 7.45pm at Selhurst Park Stadium.

The match is being televised live on BT Sport 2.

If you can’t make it to the Amex Stadium there will be live commentary on Palace Player, updates on Twitter, with highlights available on Palace TV from Tuesday lunchtime.