Stamford Bridge rose to pay their respects before kick-off, a day before Remembrance Sunday, in a poignant moment before the football started in west London. 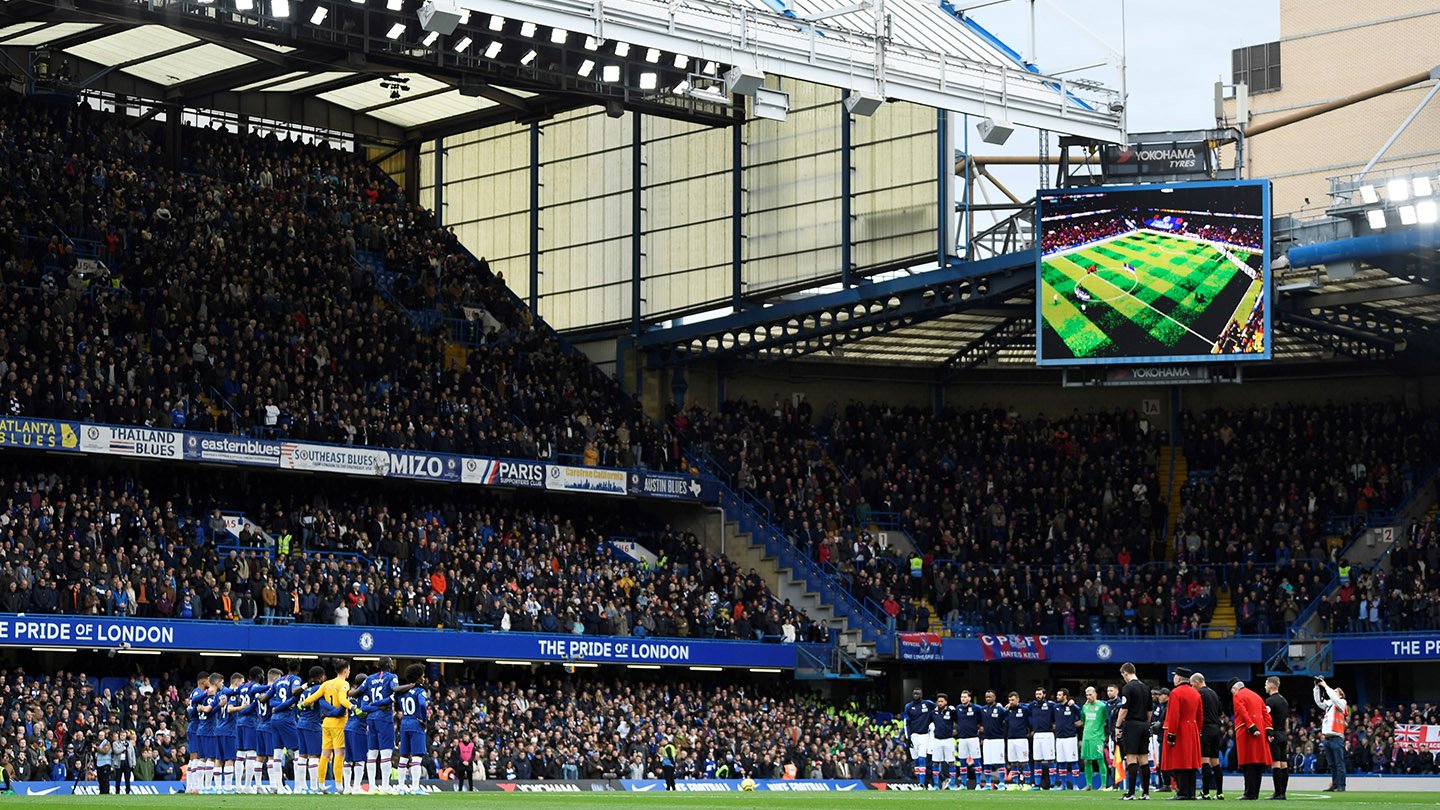 With Palace facing their fourth side in the top six in a row, the fast start from Frank Lampard’s side was expected. And the Blues very nearly had Reece James on the scoresheet twice in a week, with the full-back’s miscued cross nearly sailing into the back of the net. However, as Guaita has done so often this season, the ‘keeper reacted well to tip the ball round the post.

Palace sat deep and compact, as Chelsea probed to try and a find a way through the well-drilled banks of Roy Hodgson’s ranks. On 12 minutes, Pulisic looked certain to score after a driving run from Willian found him inside the box but Guaita again thwarted well, getting down to smother Pulisic’s attempt.

Two minutes later Willian attempted to get his name on the scoresheet, and despite the groans of excitement from the home ends of Stamford Bridge, Guaita’s nonplussed reaction to the effort suggested it wasn’t as close as many felt. 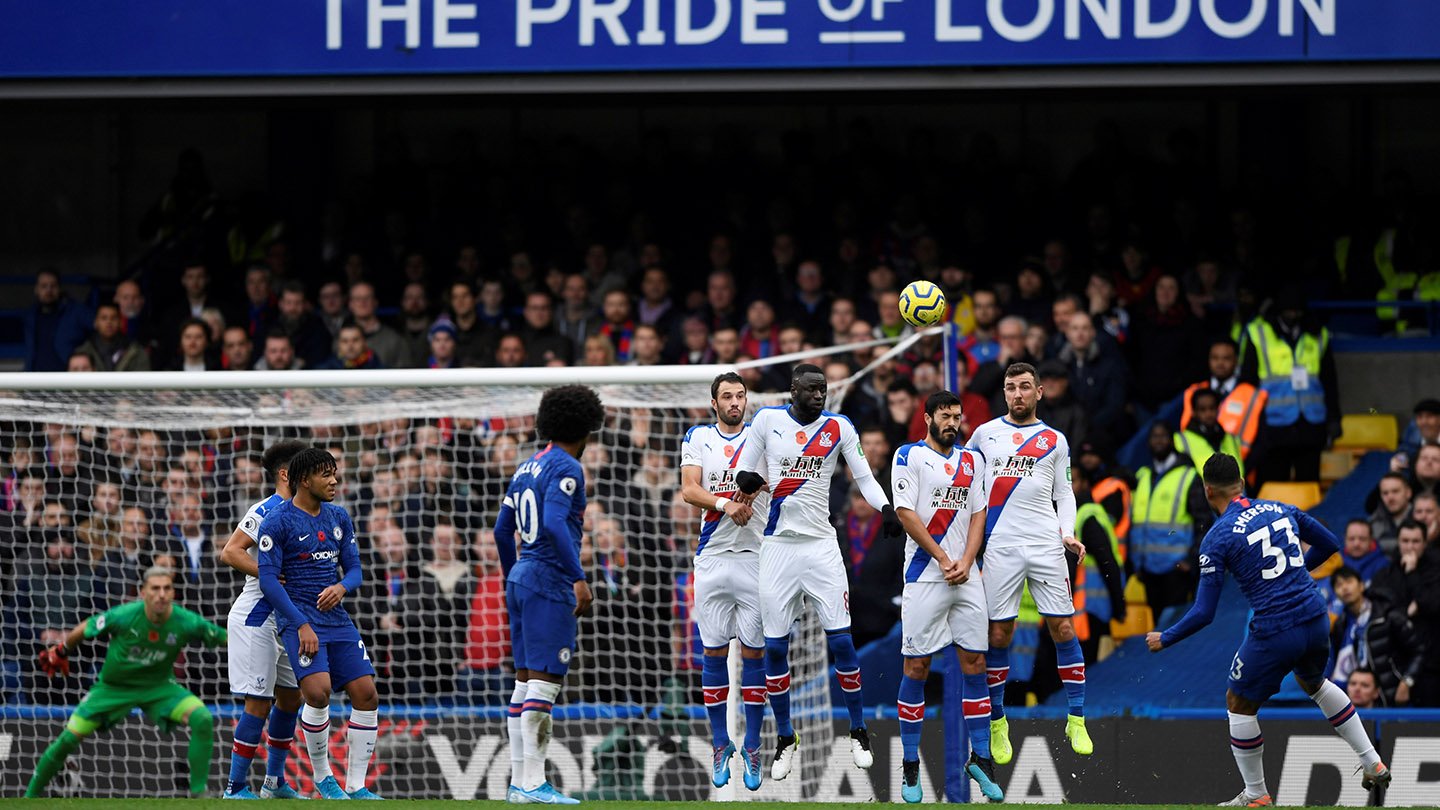 Willian was again involved three minutes later, only this time he ended up in referee Mike Dean’s book for a tactical foul. The challenge stopped a Jordan Ayew-led breakaway from a corner after Cheikhou Kouyate’s crunching tackle on the edge of the area dispossessed Mason Mount to create the counter-attack.

The game petered through to almost half-time without much of note, as Palace defended solidly and Chelsea looked to remain patient. However, on 43 minutes the Eagles were forced in to a change as Joel Ward had to be replaced by Martin Kelly due to injury. 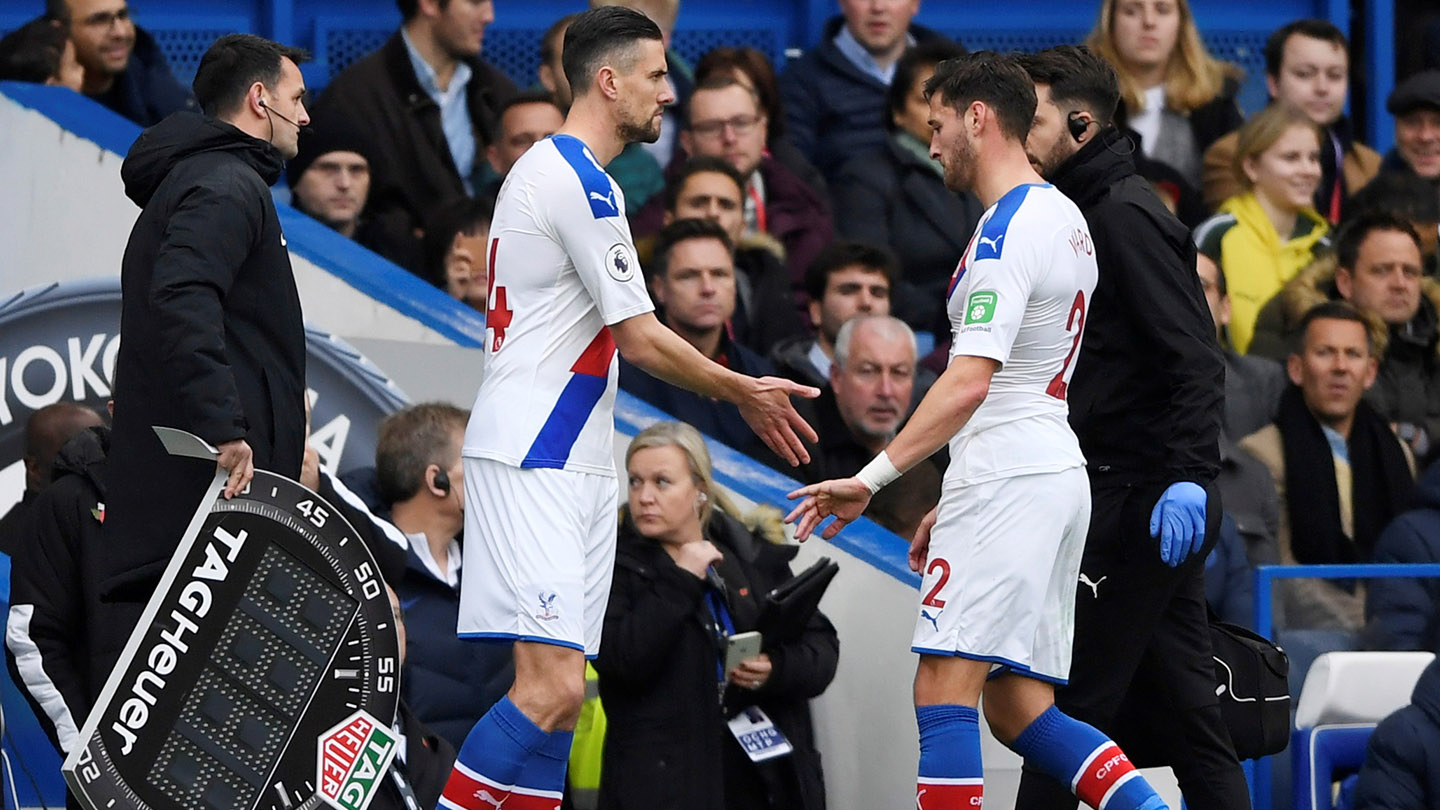 Seconds before the first-half ultimately ended at 0-0, Chelsea were left cursing letting Gary Cahill switch west to south London in the summer. With Guaita on the floor from the initial first save, the ball fell to Willian who looked certain to score, however, Cahill showed all his experience with an incredible last-ditch block to send the midfielder’s shot wide.

The second-half carried on in a similar fashion and on 52 minutes Tammy Abraham held his position to stay onside and slot past Guaita after controlling a delicate flick from Willian.

Guaita didn’t let the loss of his clean sheet faze him though, when on 58 minutes the shot-stopper pulled off an outrageous flying save from Pulisic that was hammering towards the top-right corner of the Palace goal. 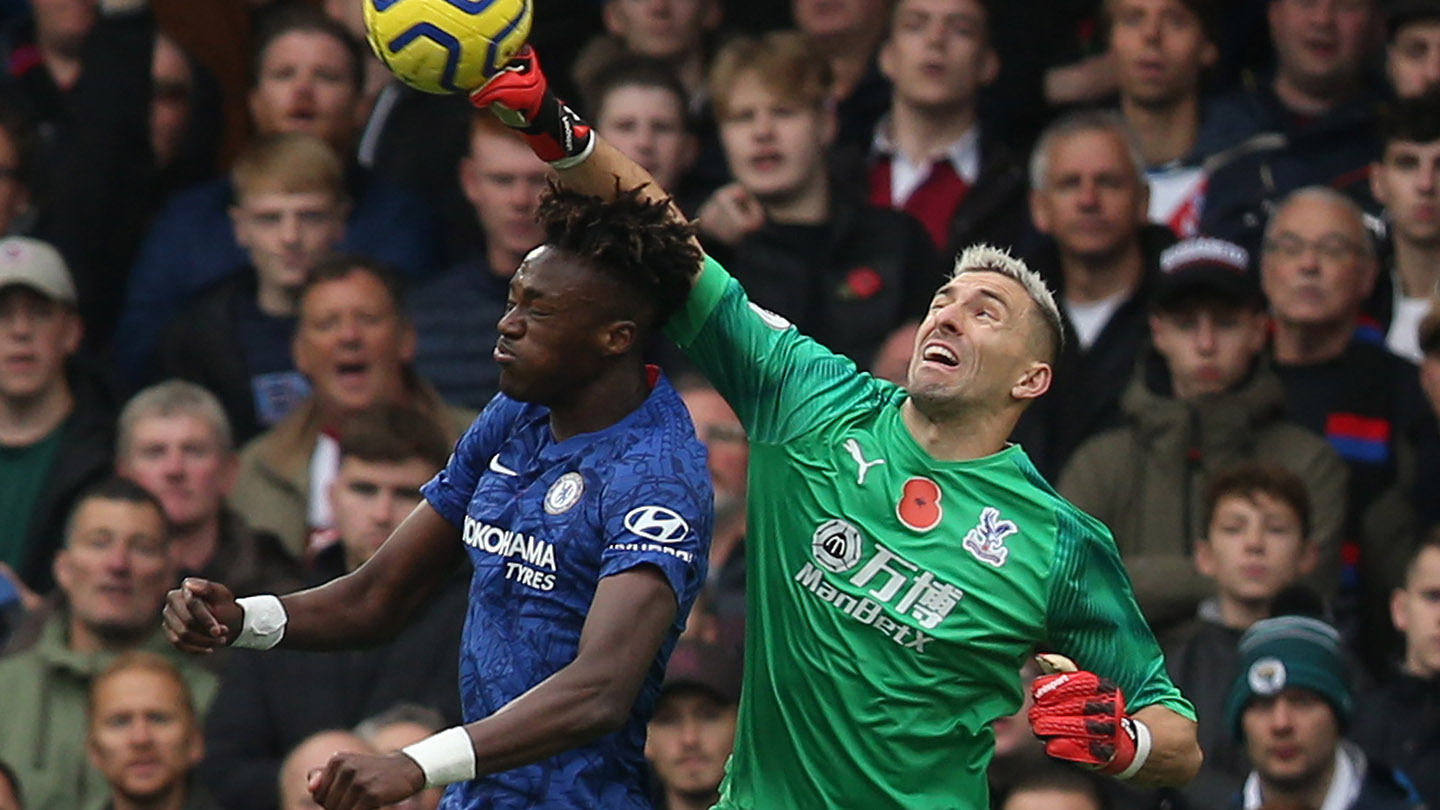 Palace’s need for a minimum of an equaliser saw the Eagles push out, and James Tomkins so nearly tied the game on 69 minutes. Unmarked, the defender found space just outside the six-yard box and from an Andros Townsend free-kick headed just wide.

It wasn’t to be for the Eagles in the early kick-off though, as Pulisic headed home from close-range 10 minutes from time, reacting smartly to a deflected strike from former Palace striker, Michy Batshuayi.