Disappointing result for the Eagles in impressive Liverpool performance

Crystal Palace fell to a 2-1 defeat against Liverpool at Selhurst Park despite the Eagles putting in an impressive 90 minutes that saw a late Roberto Firmino goal cancel out a Wilfried Zaha equaliser moments earlier. 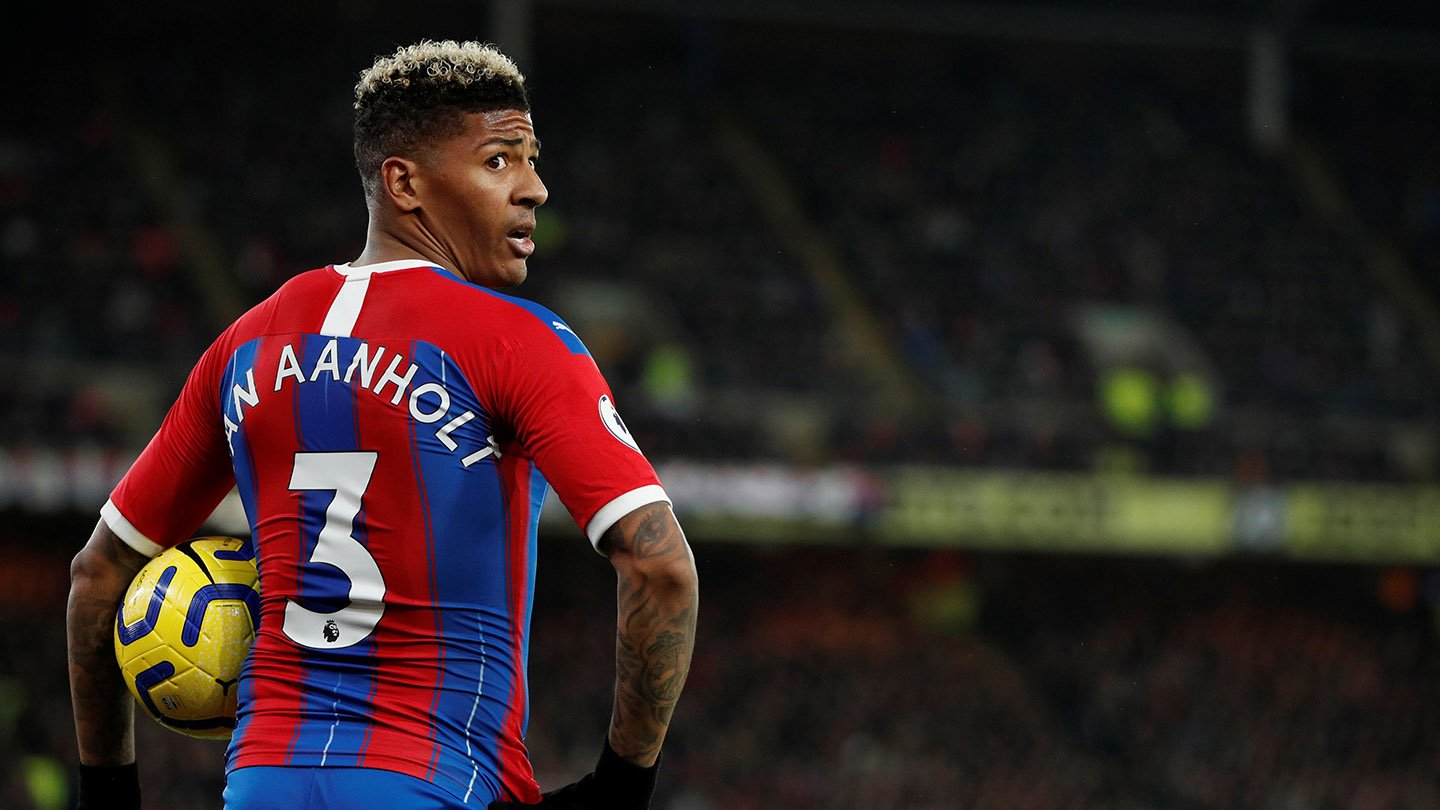 Liverpool started fast at Selhurst Park, and on nine minutes the Reds’ impressive start was almost rewarded with Mané starting and finishing a move that was heroically blocked by James Tomkins from 12-yards out.

The game then turned, and an Andros Townsend-led spell of dominance began for the Eagles. Firstly, the Palace winger dribbled himself away from three chasing Liverpool players to free Cheikhou Kouyate down the right-flank.

Kouyate’s cross was deep but collected by Wilfried Zaha on the other side of the penalty box, with Zaha setting up Luka Milvojevic for a decent outside-the-box effort that kickstarted the sustained spell of pressure for Palace.

Townsend was again finding a lot of joy against Trent Alexander-Arnold and was instrumental in Palace winning back-to-back corners as Selhurst Park began to realise Liverpool were struggling to cope with Roy Hodgson’s side. 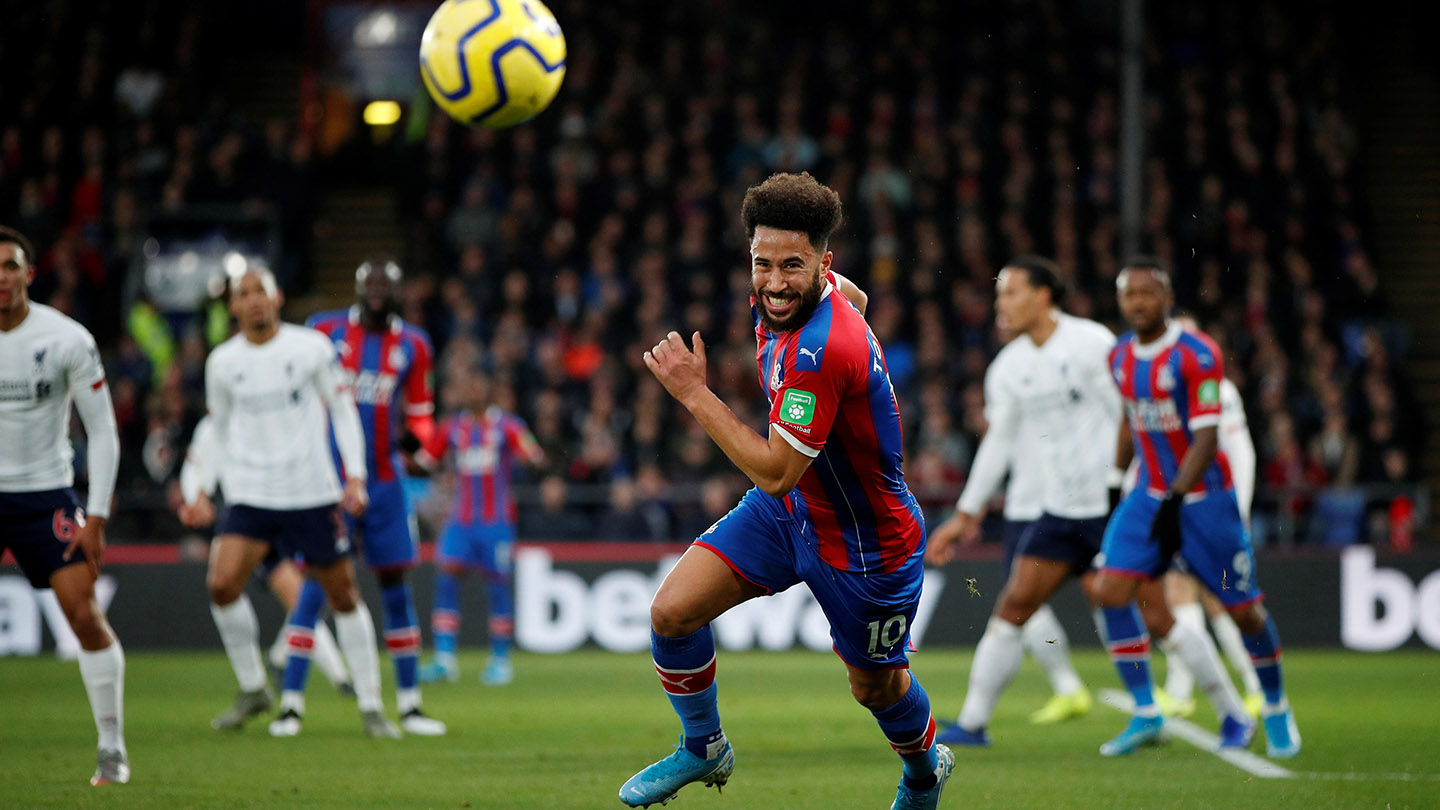 On 16 minutes, another Kouyate cross created a fantastic volleyed opportunity for Jordan Ayew, with the centre-midfielder clipping a perfectly-weighted ball on to the right boot of the onrushing Ayew; the effort going narrowly wide in what would’ve been a delightfully worked Palace goal.

Palace remained comfortable and looked the more threatening for the rest of the first-half, and were fully deserving of the lead Tomkins thought he had given the south Londoners from a Milivojevic free-kick. However, VAR stepped in to rob the centre-back of his first league goal since scoring against the same opposition back in January of this year. 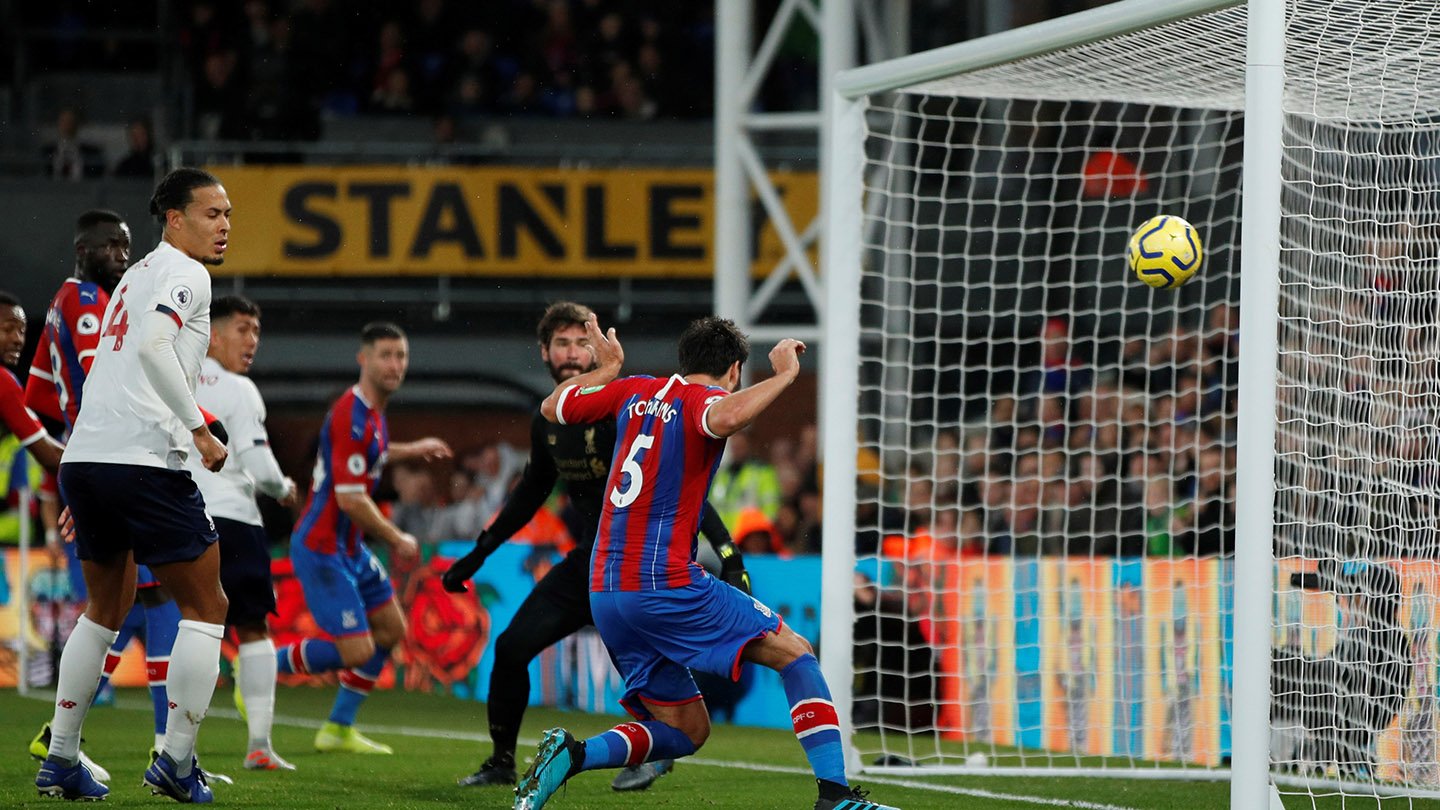 Ayew was adjudged to have pushed Liverpool’s Dejan Lovren, who wasn’t involved in the phase of play that saw Gini Wijnaldum flick on Milivojevic’s cross into Tomkins’ path.

The Eagles were made to rue not making their impressive first 45 minutes count with Mané giving Jürgen Klopp’s side the lead via both goalposts after Vicente Guaita’s fingertips came so close to keeping the effort out.

Despite trailing against the run of play, the Eagles continued to probe with Milivojevic having a couple of long-range efforts either side of a great effort from Townsend that Allison tipped over. 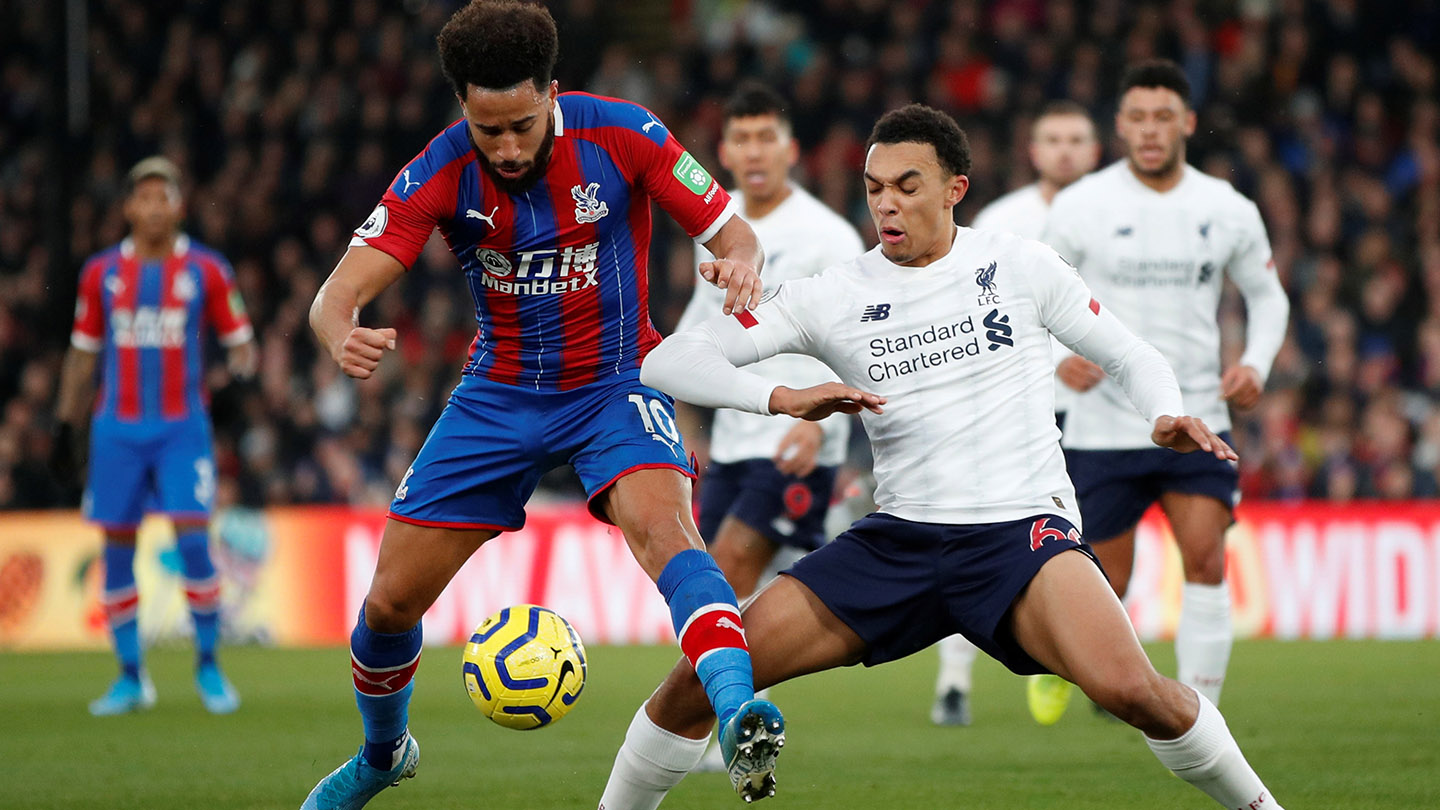 Klopp looked to reassert the league leader’s dominance in the game by bringing on Divock Origi for Alex Oxlade-Chamberlain in the 65th minute. The personnel change saw the Reds grow back in to the game, with Guaita pulling off a fine save with the odds stacked heavily in the favour of the clean through on goal, Roberto Firmino.

Hodgson reacted to his counterpart in the rival dugout’s change by bringing on Jeffrey Schlupp and Martin Kelly for Cheikhou Kouyate and Joel Ward, with the latter leaving the field of play due to an injury.

Schlupp’s entrance was almost an inspired one with Townsend’s delicate tee-up for his teammate from 30-yards sending Allison scrambling across goal from a low, fizzed effort from Schlupp.

Townsend was again at the centre of the positive play from the Eagles, this time making a darting run to the edge of the area before clipping a ball over Andy Robertson’s head to James McArthur on the right-head side of the box. McArthur sent the ball back in to Christian Benteke, who had just replaced Ayew, with the striker going so close with a spectacular overhead kick.

Finally, in the 85th minute, Palace got what they deserved as a minimum with a fantastic team goal. Zaha freed Benteke down the flank after holding off several Liverpool players, Benteke found Townsend in the box, who then found Zaha who fired home from just outside the six-yard box. 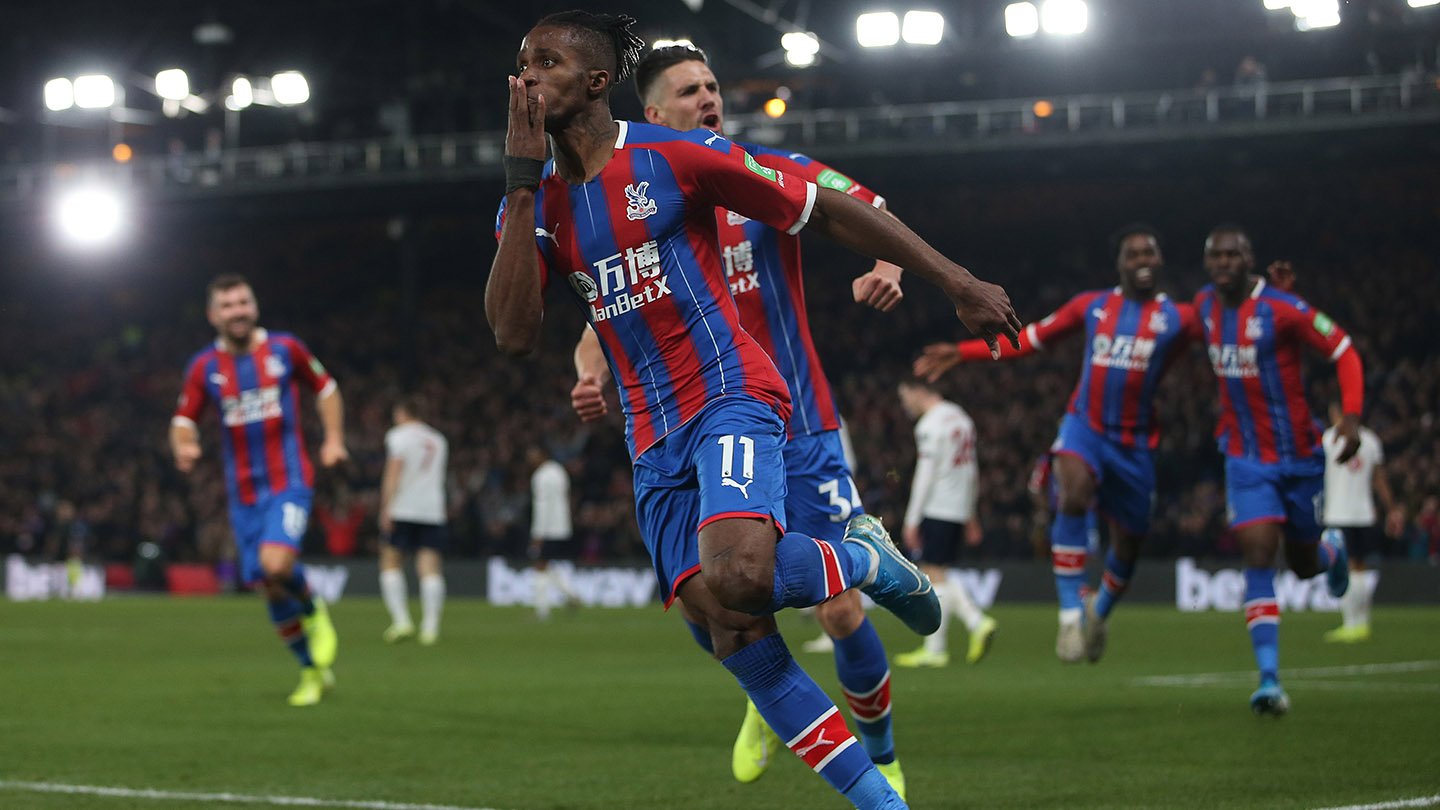 A break in play had a few nervy moments where Palace thought they might have to play with 10-men due to an injury to Tomkins, having made all three subs - thankfully the defender managed to carry on. However, the stoppage interrupted the Eagles’ flow and Firmino turned home to restore Liverpool’s lead almost instantly after captailising on Palace’s failure to clear their lines swiftly.

The full-time whistle went and Palace can feel aggrieved not to have taken something from a game they dominated for large spells.