Christian Benteke and Eberechi Eze scored at opposite ends of the afternoon as Crystal Palace overcame Sheffield United 0-2 at Bramall Lane to secure mathematical safety and a ninth successive season of Premier League football.

Barely a minute after kicking-off at Bramall Lane, Eberechi Eze collected the ball in midfield and began to make the sort of mazy dribble forward that saw him score against the Blades months earlier at Selhurst Park.

This time, although the outcome was the same, the execution was less like the delicate, mesmeric effort he managed before. Instead, looking up, Eze found Christian Benteke within the box, whose shot thwacked George Baldock hard at close range and span past Aaron Ramsdale to hand Palace an early lead.

If the visitors’ aim was mathematical safety against the relegated Blades, they took their first step towards it in exactly the right fashion. 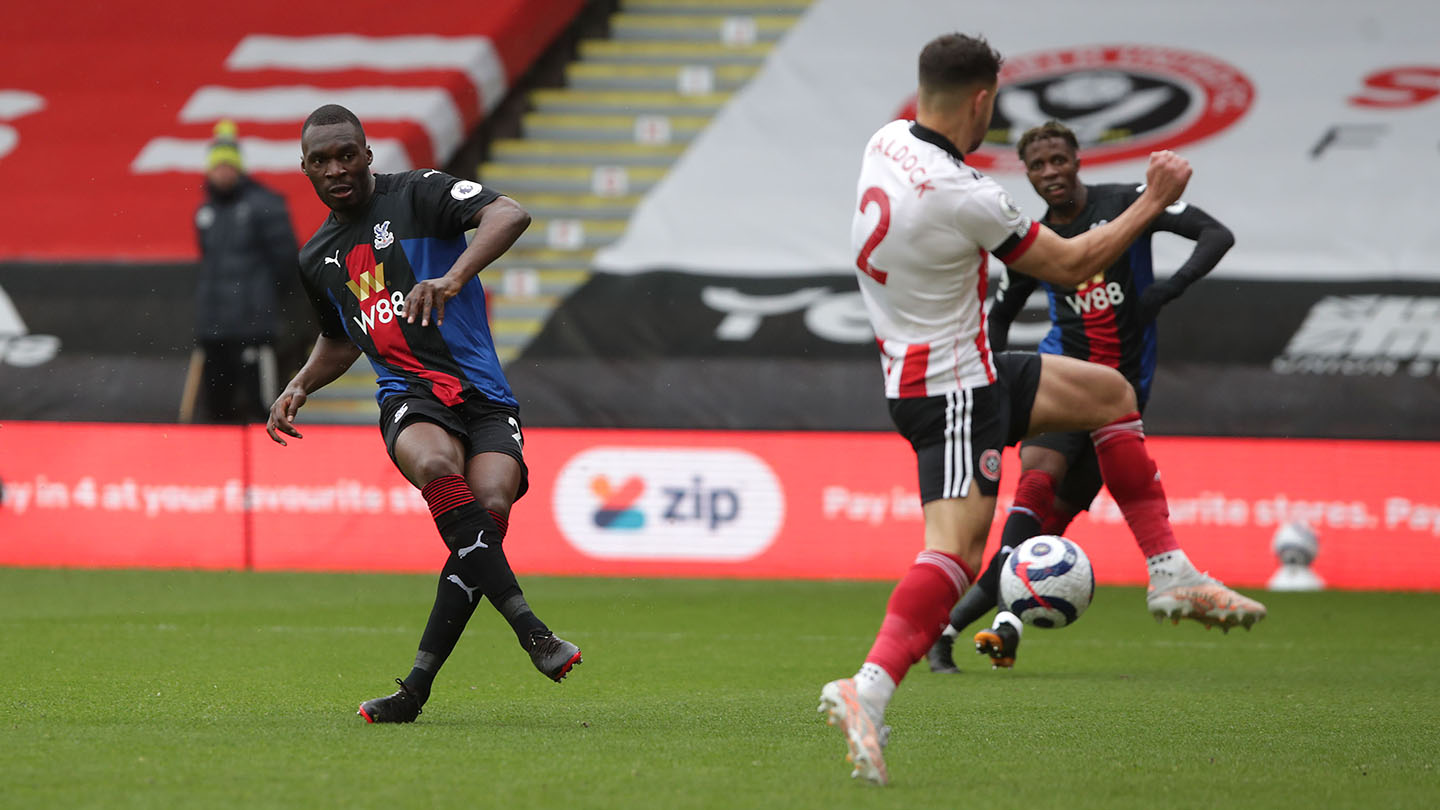 They may not have launched themselves at United following the early goal, which no doubt impressed supporters and players alike, but Palace did not sit back to appreciate their lead. Instead, the Eagles patiently crafted a series of smart passages through the home midfield, most notably with fast-moving link-ups along Andros Townsend’s right-wing.

After a move on the other side of the pitch, the winger fired an effort low into Ramsdale’s hands before Benteke managed the same from an offside position on the edge of the six-yard box.

Shortly before the half-hour mark both sides increased their tempo somewhat, with the south Londoners threatening through Eze and Luka Milivojevic and the hosts applying slightly more pressure to little avail. 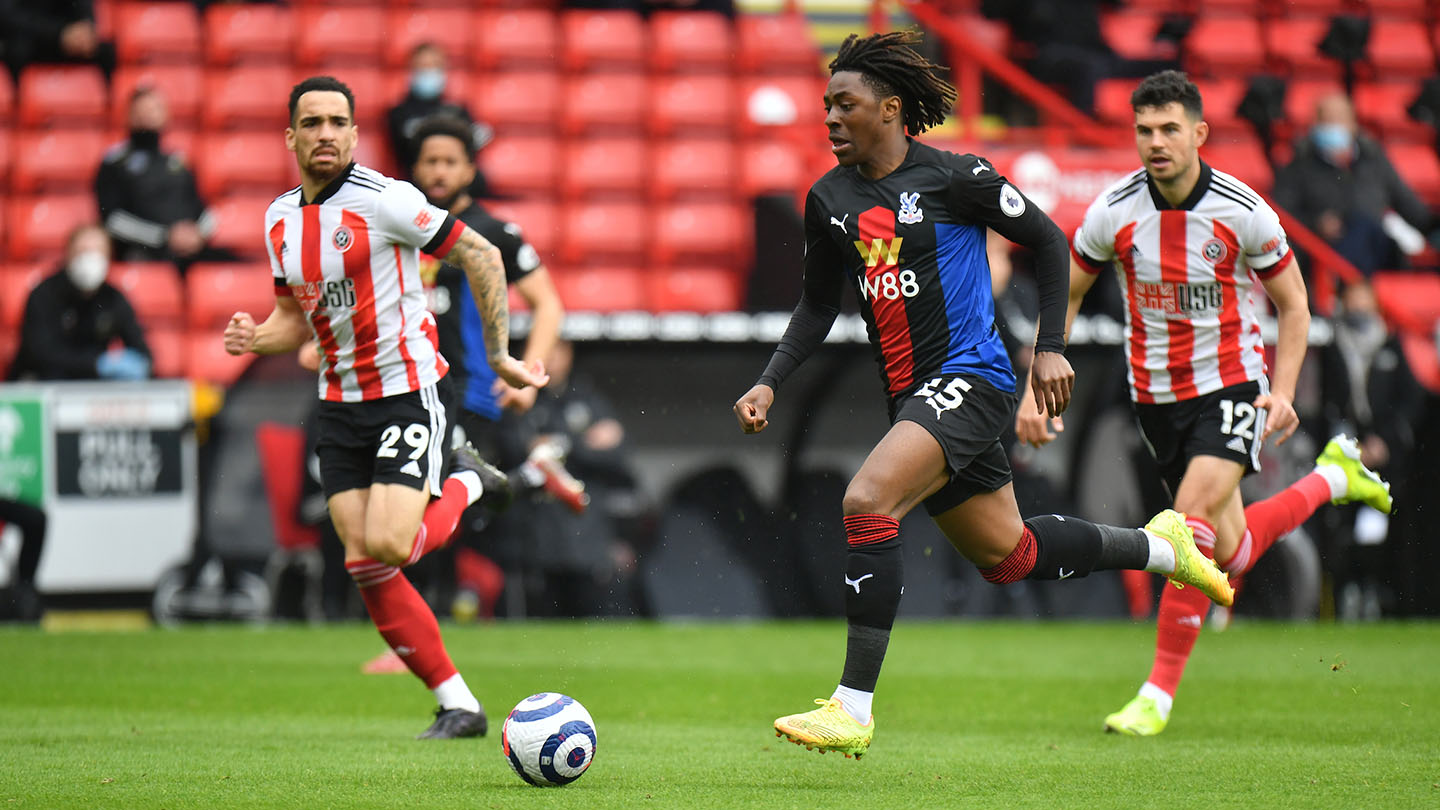 Palace continued to enjoy marginally more possession and seemed like the side most likely to score next as United made infrequent forays towards their box, but the game overall created few chances on target as it crept towards half-time.

That changed with an almost emphatic result for Palace when Jeffrey Schlupp whipped a ball onto Benteke’s head barely 10 yards from goal. The Belgian powered an effort hard and low to Ramsdale’s left, but somehow the shot stopper stuck a hand out fast enough to deny Benteke and keep the scores at 0-1 at the referee’s whistle.

United looked far brighter as the second-half began, with John Egan striking over from close range and Oliver Burke winning a corner after an excellent Gary Cahill challenge.

At the other end of the pitch, Ramsdale spilled a Townsend cross but was let off by the referee and a promising Eze counter was cut short when Sander Berge inadvertently caught the No.25 with a boot to the midriff. 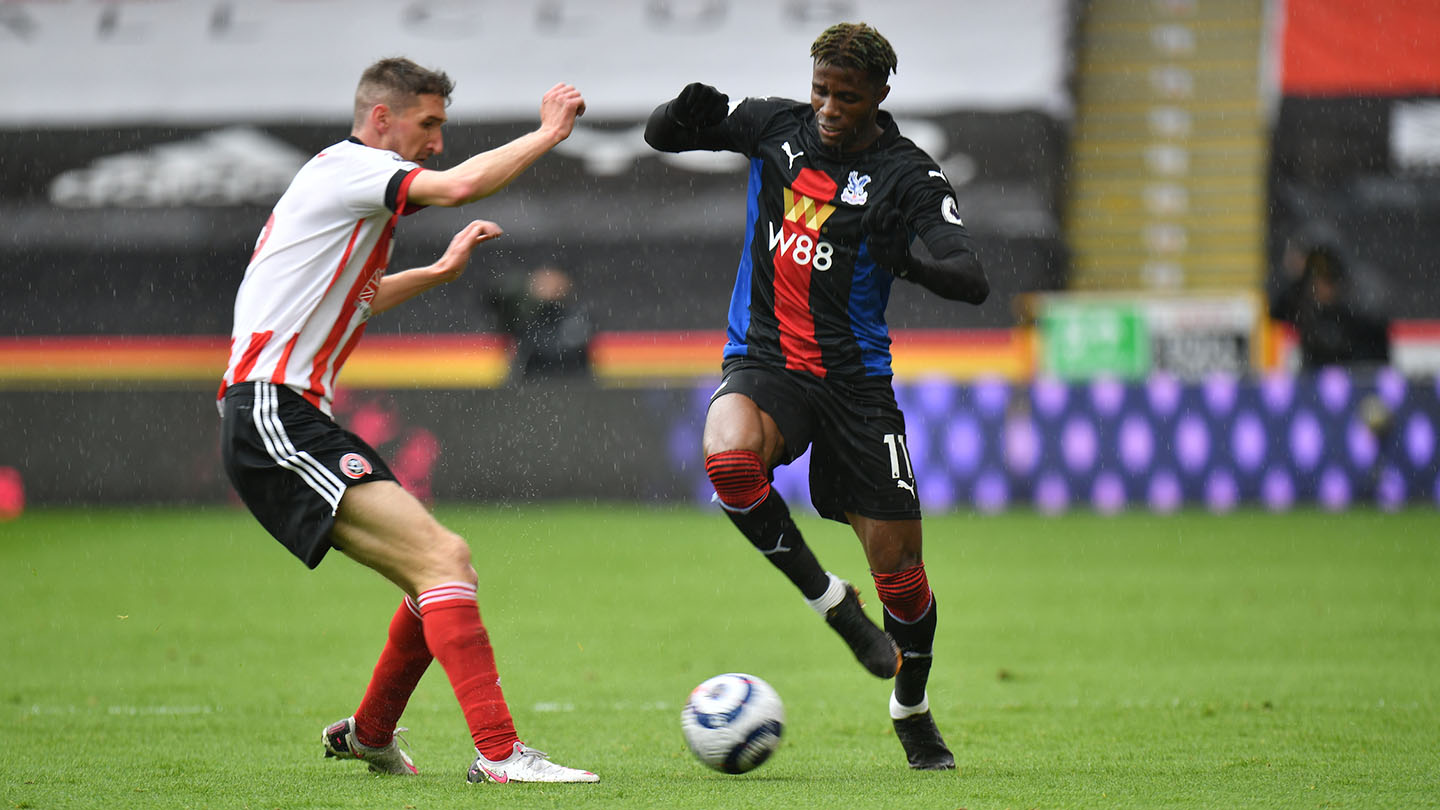 Closer to goal, Benteke struck the near post with a thunderous effort from wide on the right before seeing another drive forward bare no fruit; his pursuit of a brace again denied.

United’s earlier pressure had reduced significantly, however Basham caused another scare by catching the side netting on the end of a corner while the Eagles pressed for a second goal.

It almost came in eye-catching fashion as Townsend struck from 18-yards, curling a shot narrowly wide from the far-right corner of the box. He was not the only Palace man to rue missed chances, however, with Jordan Ayew also frustrated when Enda Stevens deflected his effort high after some intricate build-up play from Wilfried Zaha.

The chances came and went for Palace, who must have been staggered that their solitary goal came so easily when so many chances past through bad fortune.

The visitors' dominance going forward did not put the hosts off hunting a point though and Basham sent a free-kick just inches too high as the game entered its final moments.

Ultimately, it wasn't enough, and Eze dashed any hopes of a home fightback in trademark style. Mirroring his Blades goal earlier this season, the midfielder danced and twisted his way from his own half into the United penalty box before shrugging off a challenge and striking home in the far left corner.

Goals at either end of the clash secured it for Roy Hodgson's Eagles, as three points at Bramall Lane guarantee their place in the 21/22 Premier League.

Stay tuned for highlights and post-match reaction for free on Palace TV - either click here or 'Palace TV' within the app.